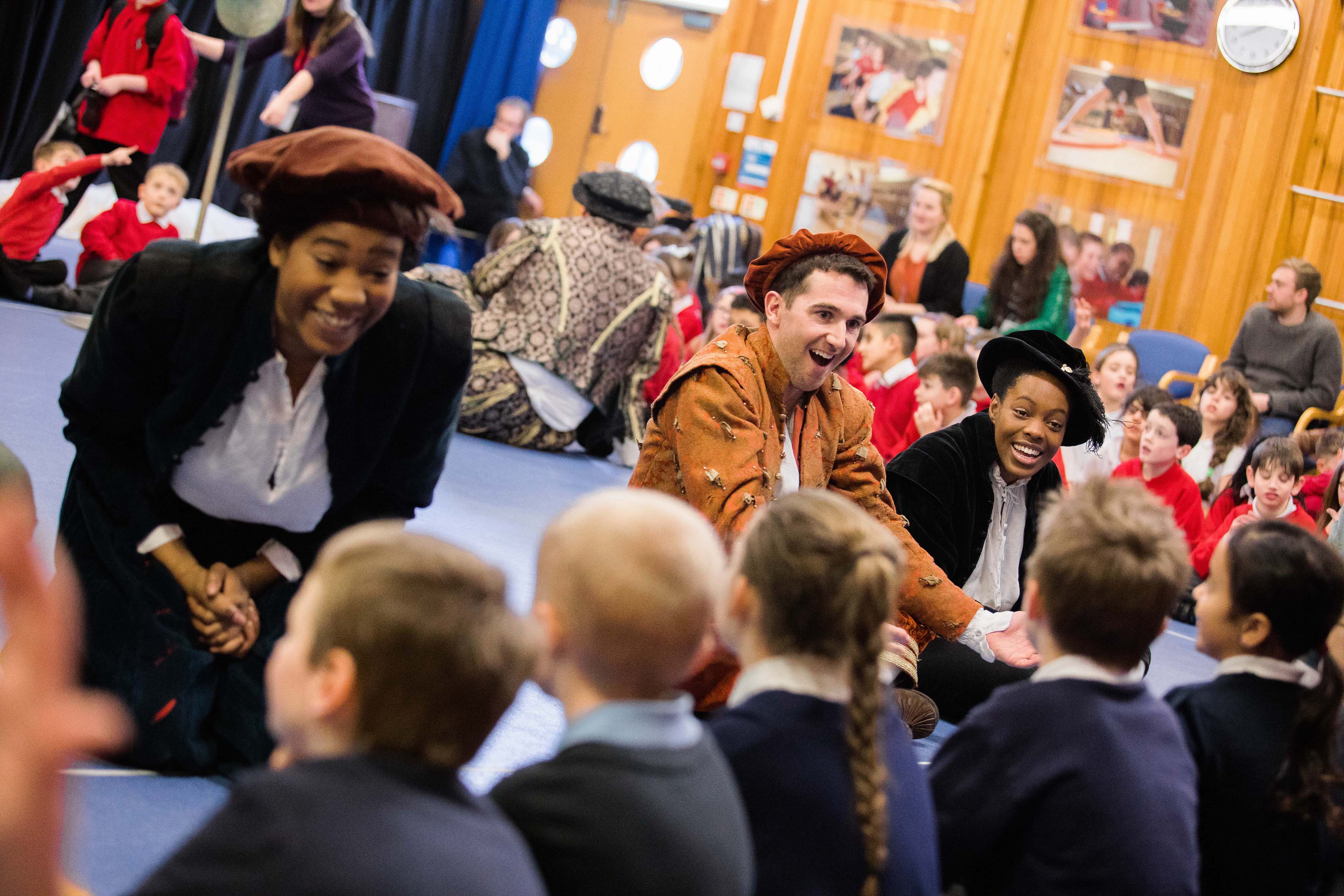 THEATRE Caesar and the young citizens

The Royal Shakespeare Company’s First Encounters tour not only takes Shakespeare to schools in deprived areas, it makes their pupils part of the production. Simon Tait reports in the first of a two part feature on the RSC’s touring. Next month, AI talks to deputy artistic director Erica Whyman about mainstage touring

When Tom Lorcan, the actor playing Brutus strode out into the centre of the school hall earlier this week in the preamble to the performance of Julius Caesar, the children seated on the floor on three sides as Citizens of Rome around him booed. “I can’t get over that you’re booing me before we've even started” he told them. But they knew the play, these seven-to-11-year-olds, some of them having been studying the play since September. By the end of the performance they were begging him not to run onto his sword, swayed by his oratory rather than Mark Anthony’s.

The scene for this confrontation was Northbury Primary School in Barking, East London, which is one of the newer of 300 associate schools in the Royal Shakespeare Company’s First Encounters scheme. This is its first production.

First Encounters is the RSC’s programme of taking special productions of Shakespeare plays to primary and secondary schools around the country, as an introduction to both Shakespeare and drama. This tour of an abridged Julius Caesar began on January 30 and will go to 23 schools across the country before it ends on March 24, from Cornwall to County Durham.

But each performance is different, moulded by the input of the children of each school.

The schools on this itinerary were told in September, teachers were invited to a workshop in London in January to be taught the RSC modus operandi, and by then the school shad already worked on their part. Whole the cast has been in rehearsal, the schools have had weekly updates from them on progress so that the children feel a part of the show from the beginning.

The children play the citizens of Rome and as such are encouraged to argue and debate with the characters. This time, when Brutus is horrified by the spectre of Caesar, a citizen from the second row pointed out, “Of course Caesar’s haunting you, you just murdered him. What did you expect?” The school had devised the celebrations that welcome Caesar at the opening of the play, and each school creates its own phalera – the iconic badge awarded to centurions and carried on the legions’ SPQR staffs. Each school’s phalera is added to the production is it tours. At Northbury the most enjoyed scene was probably the Battle of Philippi which bore a close resemblance to a playground bundle. 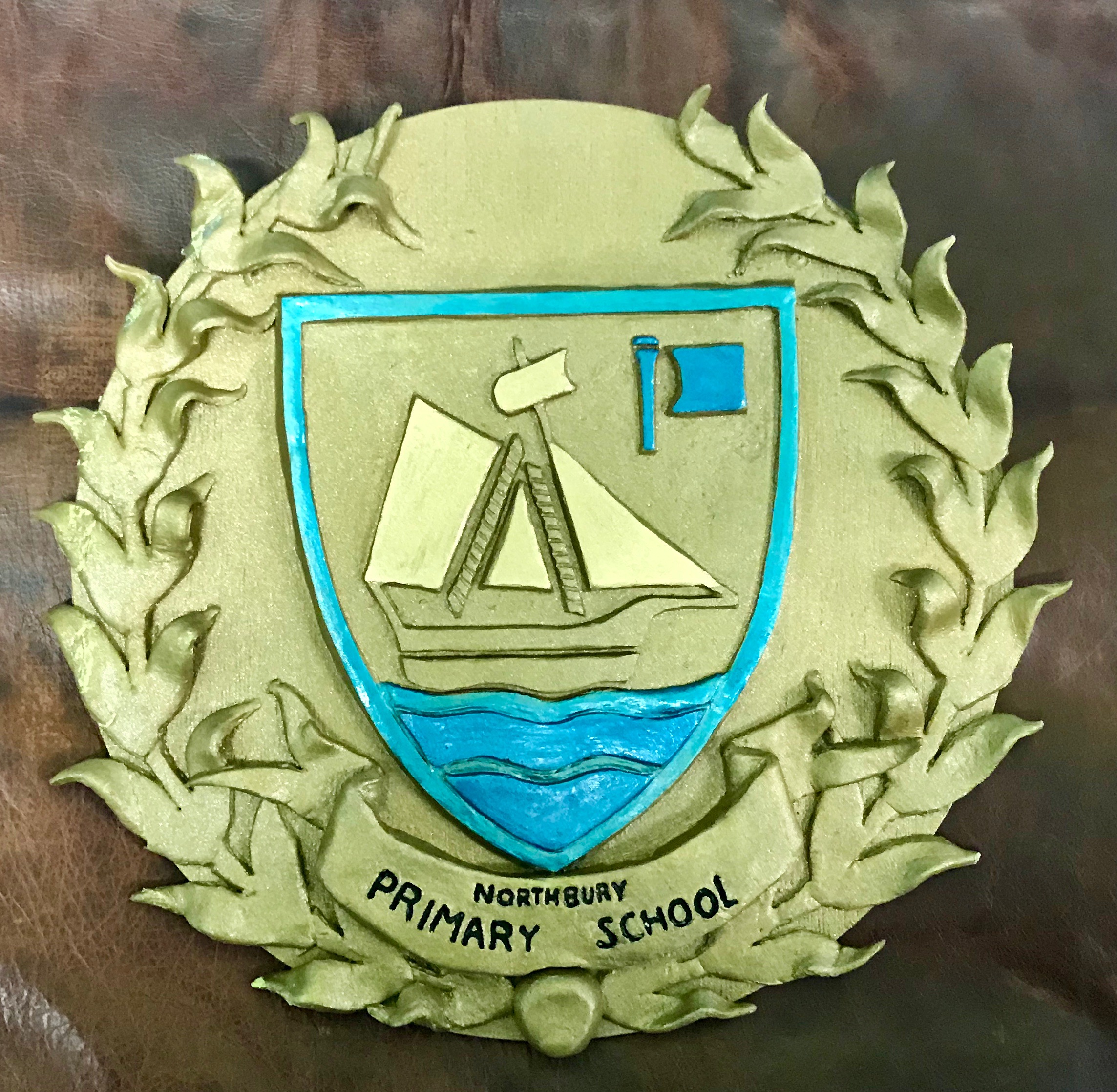 “Giving first time audiences the chance to work on the play before seeing it live can make a huge difference” says Marieke Audsley, the production’s director who also edited the play. “The RSC’s First Encounters productions take this a stage further by getting audiences actively involved: young people across the country rehearse scenes from the play in preparation for their roles as the citizens of Rome, and weighing up the pros and cons of Julius Caesar as a leader.”

And so they do, says Georgia Munnion, the RSC’s education programme manager. At the first school on the tour, in Leamington Spa, there was an engagement which might have changed the course of the play. “When Brutus spoke his line, ‘Who is here so vile that will not love his country? If any, speak—for him have I offended. I pause for a reply”, a boy at the back got up and said. ‘You're not honourable Brutus. You’re a bully, you killed someone, that’s not OK’.  They’ve come with a strong opinion, and what they say will affect and influence the performance. So Tom, in character all the time, had a debate with the young lad”.

Deprived areas are targeted by the scheme, places where children aged seven to 13 are unlikely to have had the opportunity of seeing any theatre, let alone Shakespeare. The play selected is often in the RSC’s main rep for the season - Angus Jackson, director of the mainstage production of Julius Caesar that was at The Barbican until last month, was in the Barking audience – but the next First Encounters production will be Comedy of Errors, not in the main company’s programme but requested by teachers in the associate schools.

The cost has to be shared with the schools, however, whose resources are increasingly stretched. “It’s been fantastic, really amazing to see how the children responded, but we have to make choices as to whether it happens again because resources are tight” says Paramjit Roopra, Northbury’s head teacher. “We ask for contribution from parents, for a lot of whom theatre is not financially accessible, and to bring the RSC here is fabulous.

“But we will have to make a choice – it is a luxury, and that’s the real shame. The children get so much out of it, not just for now but through their lives. They will never forget what they've been part of today.”

For more details go to https://www.rsc.org.uk/first-encounters-julius-caesar/ 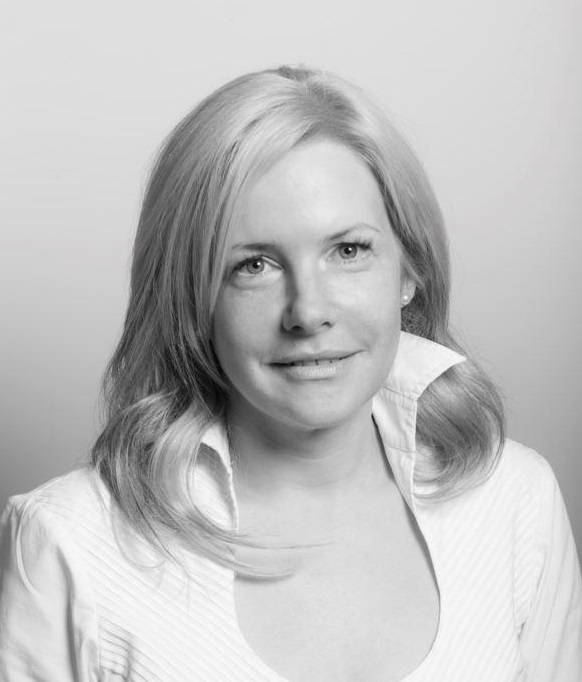