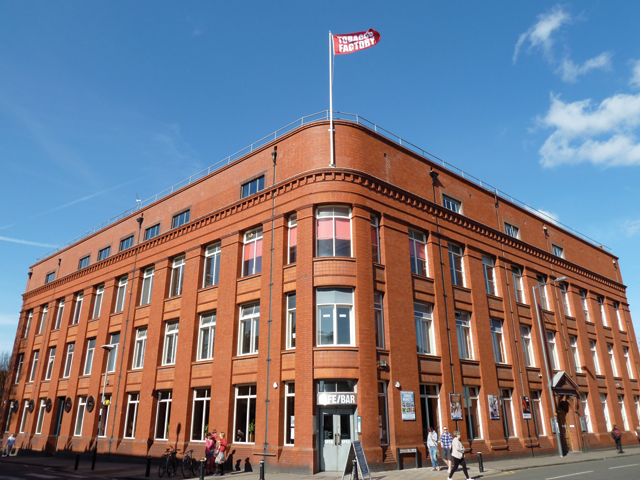 Brewing up a storm

How do you turn an unavoidable theatre closure into an opportunity? Ali Robertson, director of Tobacco Factory Theatres, explains how a tragedy could become a triumph, and how keeping loyal audiences informed of
plans is vital

Tobacco Factory Theatres is firing on all cylinders – we’re producing a lot more of our own work as well as continuing to present incredible visiting companies; we’ve expanded and continue to expand our children and young people programme and last year we welcomed over 140,000 people through our doors.

So in November I was extremely sorry to have to announce the closure of our second space, the Brewery Theatre. Since we converted it from an old tyre and exhaust garage in 2009 (opening on the day my daughter was born) the Brewery Theatre has truly gone from strength to strength. Having two performance spaces has further enabled us to programme a variety of top quality work from exceptional touring companies – including shows for families that regularly sell out, to cutting edge new writing and work from emerging artists and companies. It has allowed us to present our regular Scratch night, Prototype and other talent development initiatives such as our ‘a Play a Pie and a Pint’ series, co-produced with Òran Mór, and work supported by our Artist Development Fund. In recent years it’s also enabled us to present even more of our own in-house productions – including Banksy: The Room in the Elephant, Infinite Lives, Helen and 140 Million Miles, to name but a few, several of which went on to national tours.

The Brewery Theatre has been a game changer for our organisation and has impacted our artistic and public communities in countless ways. In 2013 we became Tobacco Factory Theatres to reflect our multiple performance spaces and our increasing role as a producer.

Sadly, the moment came to close the doors on our second space following changes in ownership of the freehold of the Brewery site, which is also home to a café, bakery and brewery. These changes, and consequent changes to insurance for one of the adjacent businesses, made previous arrangements for shared front of house facilities and entrances no longer possible.

But though we’ve had to draw the curtain on the Brewery Theatre space in terms of its use for public performances, we’re pleased to be able to continue to use the theatre space for technically facilitated rehearsals – providing a rare, vital resource for artists and companies in the city and beyond. And we have hugely exciting plans for the future across the road in the tobacco factory building.

At a recent public meeting we announced our plans to audiences, supporters and peers, which are to relocate our second theatre space into the main tobacco factory building, alongside the existing Factory Theatre. The new theatre project involves transforming the area currently taken by the existing dance studio (at the opposite end of the building to the Factory Theatre) in order to create a fantastic new 86-seat theatre space, including a dressing room and state of the art technical facilities. The project will also involve significant soundproofing to ensure that performances in both the current Factory Theatre and the new studio theatre can run concurrently and the front of house area will be increased in size.

The project timeline is to undertake fundraising over the next few months, begin building work in June and complete the project later this year, opening our brand new studio theatre around November. The timeline is strictly subject to the success of our fundraising campaign, of which the total project cost is around £850,000. At the moment our major focus is on fundraising from key major stakeholders, trusts and foundations. We should have results from many of these in early March, at which point we will know that the project can proceed along the planned timeline. At that stage we’ll also open fundraising up to a public appeal.

Though the schedule is subject to funding, we arranged the public meeting as we felt it was key to share how important it is to our organisation, our audiences and the artistic community, that Tobacco Factory Theatres remains a two venue theatre and what this means for the programme and the audience experience. We’d also heard a number of surprising “what next” rumours following the Brewery Theatre closure, one of which was that we might be moving to a totally different area of the city. We wanted to dispel any gossip and share our plans with our audiences and stakeholders. It was a really successful evening with a great turn out and enthusiastic reactions and questions.

From now, our focus is to profile the project and communicate its significant importance and huge potential. As I’ve mentioned, having a second, smaller performance space is crucial to who we are, the work that we can do and the impact we can have on both our artistic and public communities.  A second, smaller space allows us to present outstanding young talent from emerging artists and companies, new writing from known and developing playwrights, wonderfully engaging family shows and riskier less performed work, both from touring companies or as in-house productions.

This type of programming has an important impact on inspiring the next generation of theatre makers and audiences. And our plan to bring our second, smaller space alongside the Factory Theatre has a multitude of gains. It will bring our two spaces under one roof, making Tobacco Factory Theatres a coherent creative place for actors and companies to work alongside one another and for audiences to enjoy the experience of a bustling, welcoming venue which is bursting with personality.

It’s also a very financial and environmentally sustainable model which will reduce costs, ultimately allowing us to invest more back into our programme. Finally, this project will enable us to secure a 999 year lease over both performances spaces, giving us a level of security we have never before enjoyed and enabling us to plan for future generations in this wonderful theatre.

We’ll be able to announce more in March when we will know the results of our major funding applications. In the meantime, our Factory Theatre programme continues unabated with, amongst others, the fantastic Shakespeare at the Tobacco Factory and Tobacco Factory Theatres co-produced season of Shakespeare (Hamlet and All’s Well That Ends Well). Plus we are undertaking our first off-site season in venues across Bristol – Tobacco Factory Theatres BEYOND – including productions at Circomedia, The Greenbank Pub in Easton, The Wardrobe Theatre in Old Market, The Loco Klub under Bristol Temple Meads and Zion Community Space in Bedminster Down.

These are very exciting times indeed.