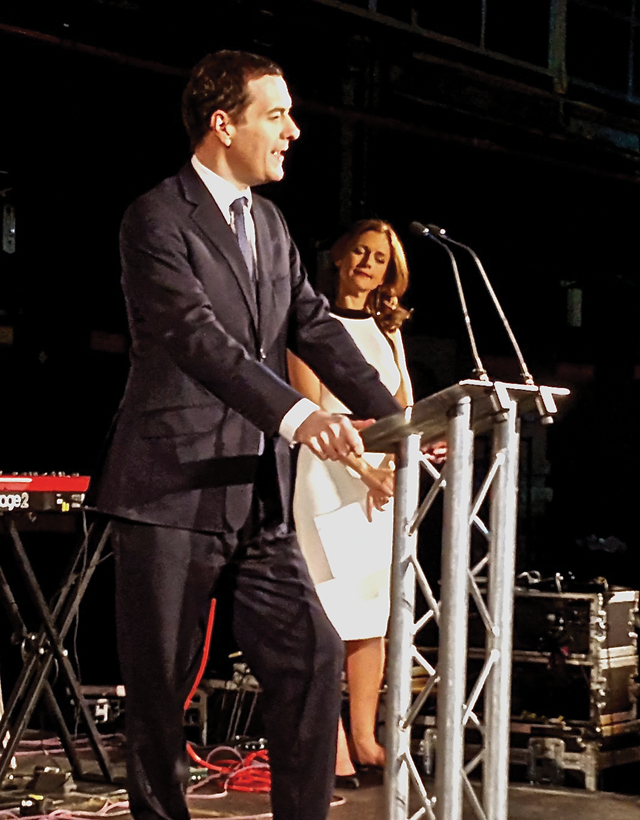 The long and the short

The Chancellor is backing the arts, it seems. But, asks Patrick Kelly, are other government policies going to shrink the growing creative economy?

Some years ago, at a meeting to discuss the government’s attitude to the arts, a civil servant dared to suggest that the assembled creative types needed to learn the language of the Treasury if they wanted to get their message across. The Chancellor and his mandarins, he suggested, weren’t much interested in art but they loved cold, hard facts. The sooner the arts world learned how to convert creativity into currency, the better off they would be.

How times have changed, it seems. George Osborne, speaking to the Creative Industries Federation, tells us that his recent conversion to the cause of the creative industries isn’t just a matter of economic statistics. He told his audience of creatives that public spending on the arts is “an investment in who we are as a nation”.

Still,  it’s clear that the Chancellor and his team at the Treasury were looking at the stats when they decided that cutting the arts,  at national level at least, would be a ‘false economy’. The blizzard of numbers over the past year or  so (the UK’s creative industries employs 2.3 million people, 7.9% of the workforce and makes up 5.8% of GDP) cannot have failed to reach No 11 Downing Street.

A less familiar number is that the hit TV series Game of Thrones, which is mainly filmed at the Titanic Studios in Belfast, has contributed £110 million to the Northern Ireland economy since 2010. That’s £20 million a year, from one television series.

Comparing the UK’s creative industries with Europe is also an instructive exercise, as a recent report from thinktank Nesta (Creative Economy Employment in the UK and EU) has shown. This also helpfully adds the numbers of jobs provided not just by the creative industries themselves but also those creative jobs in other industries, for example a designer working for a car manufacturer – the so-called ‘creative economy’.

Nesta also reckons that one of the joys of creative jobs is that they are much more resistant to automation. Studies show that middle-ranking administrative posts are being taken over by computers and this is contributing to the decline in wages across the EU.  But Nesta’s research in Creativity vs Robots shows that 87% of highly creative workers are at low or no risk of automation, compared with 40% of jobs in the UK workforce as a whole.

The creative economy, says Nesta,  makes up almost a tenth of value added, and is deeply rooted in national history and accounts for 2.6 million jobs, making it bigger than sectors such as advanced manufacturing, financial services or construction. The higher than average growth rate of creative jobs since 1997 would imply roughly one million new creative jobs by 2030.

But there are signs that the all is not well in the garden and the UK’s status as a “global cultural leader” is at risk because it is lagging behind other countries in arts education and government investment in the creative industries.

That’s the message from a new report from BOP Consulting and the Creative Industries Federation. The C report analyses how the UK compares with six other key nations (France, Germany, Italy, Brazil, Korea, and the USA) in three main areas – the creative industries, public arts and creative education.

What the analysis shows is that the UK tops the table for the contribution made by the creative industries to exports, at £248 per head. The UK is second only to Korea in terms of the economic contribution of the creative industries.  And it is also number one when it comes to the level of engagement with culture among the population in the number of major cultural venues per capita.

But look at investment in public culture and the UK falls to fifth place, per capita spending is £52 per head - below France, Germany, Korea and Italy. Germany, in second place, spends 2.5 times more than the UK. The UK was also just third in terms of the priority that the art is given in the education system, behind Italy and Germany.

CIF chief executive John Kampfner worries about cuts to local authority spending on culture and the “marginalisation of creative subjects in schools”. He says, “All this is taking place while many other countries are getting the link between commercial and public investment and the importance of education, just as we are un-getting it. If we are not careful, we could lose our status as a global cultural leader”.

Sir John Sorrell, designer and chair of CIF, added that other countries are “investing in talent and in infrastructure just as we appear to be cutting back and marginalising creative subjects in schools. Jobs and wealth creation will suffer as a result”.

And recruitment guru Chris Bartlett of GCS recruitment agrees that an unbalanced approach to education is dangerous. “The promotion of STEM (Science, Technology, Engineering and Maths) is laudable and necessary, but the exclusion of the arts is beginning to look like a problem in the making. While budgets for research and advocacy have been directed towards the supposedly revenue-generating STEM subjects, the arts, humanities and social sciences have experienced swingeing cuts. This seems rather short-sighted when arts and humanities still bring enormous value”.

Nesta has also suggested that STEAM education (Science, Technology, Engineering, Arts and Maths) is needed to capitalise on our creative strengths.

January 2016 saw yet another plea from arts luminaries, in The Times letters page, for ministers to call a halt to the downgrading of arts subjects in schools. Could the Chancellor’s boost for the arts last autumn go down as a classic Treasury short term fix for a problem that long term policies are making worse?