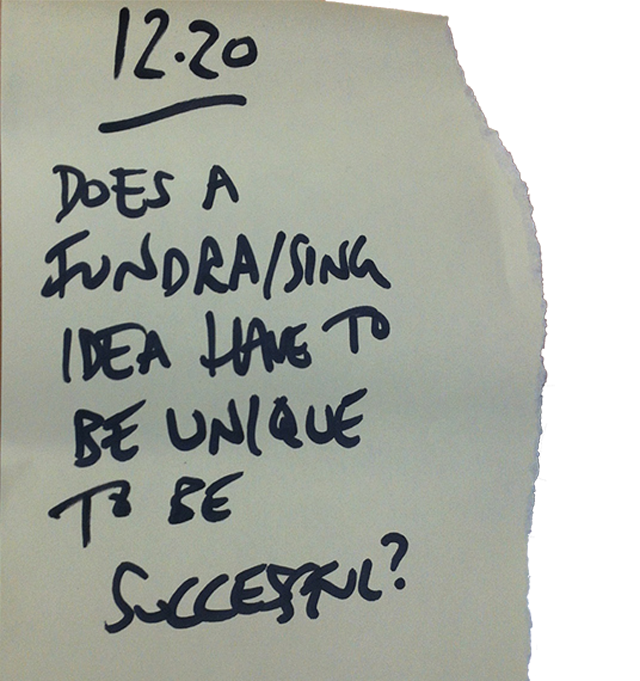 George Osborne’s praise for arts philanthropy as a means of fundraising coincided with work being done by BOP Consulting for the Arts Council. BOP’s senior consultant, Gregg Hutchings, reveals the lessons to be learned from its findings

We know from our work with arts organisations across the UK (and internationally) that fundraising is a recurring concern. But for too long we have been missing solid evidence of what works and what doesn’t. So we are pleased that, as a sector, we are now starting to take a systematic approach to learning what works.

Fundraising is a constant theme underpinning our work – whether this is a feasibility study or a business plan. Our office in China has started to engage in a practical way with the growth in crowdfunding, where we see equity crowdfunding as a central pillar in the way new cultural innovations can be supported.

So some robust evidence of what works is welcome – and we hope we have contributed to this debate. In October 2015, we published our Year 2 evaluation of Arts Council England’s £68m Catalyst Arts funding programme, which coincides with the scheme’s next iteration as Catalyst Evolve. The scheme has always had a clear commitment to learning.

What is clear from our research so far is that since the launch of Catalyst in 2012 the importance of philanthropy and the acceptance of its role in the arts has developed in the sector. Organisations can and have built up their capacity and commitment to private fundraising, it just takes some time and leadership.

Catalyst Arts was an ambitious programme aiming for long term change in fundraising that could help organisations diversify their income. It was also the largest one-off investment aimed at encouraging arts organisations to get better at fundraising, so its results have been highly anticipated.

With regard to hard cash raised,we found that overall organisations participating in the programme collectively raised at least £49m, slightly more than the Arts Council’s (£48.5m) investment in them. Some larger arts organisations, more experienced in fundraising, decided to place a focus on fundraising for endowments. Arts Council match funding was also available to incentivise donors, and collectively these organisations raised at least £29.7m in private giving income. It’s clear therefore that match-funding works.

Endowments have probably been the most talked about element of the Catalyst programme, as through endowments large sums of public money have been invested in a small number of organisations. At the time of the launch of Catalyst in 2012, incentivising endowments in the arts was a particular priority for the then culture secretary, Jeremy Hunt, as they are a staple part of US arts organisations’ finances but this isn’t yet the case in the UK.

As the amount of private giving that the endowment organisations captured shows, the scheme has been largely successful and has a lot for the sector to learn from. Endowments are technical and not sexy. Several organisations struggled to communicate and convince their boards, let alone the general public, about the value of endowments. However, through dedicated campaigns and by putting their endowments to specific imaginative use organisations were able to both convince existing donors to dig deeper and attract new donors. Overall, this has showed that for the right organisations (larger ones) at the right time (when not overburdened by other ongoing fundraising commitments) endowments can be a valuable and distinct element within an arts organisation’s funding portfolio.

We also found that endowments are a good tool in the fundraising toolbox, to help organisations build longer term support or protect a particular aspect of their work. When given a specific use, for example, to underwrite new or riskier work or contribute to an ongoing new talent programme, endowments could lessen the fundraising burden.

On the whole, those who were fundraising specifically for ongoing work found that the private support they received allowed them to lift standards and do something bolder. They could use the endowment as a way to build support and involvement in the organisation’s programming or to find people willing to give who might not have previously considered it. For some, the challenge is to now to find ways of maintaining momentum, both in terms of production standards and keeping income levels up.

As well as directly tackling bringing in money, Catalyst Arts has been helpful in building fundraising capacity inside organisations. It is clear that there is real appetite for spreading a culture of fundraising across arts organisations. This shouldn’t only be the preserve of fundraisers and development teams; all members of staff and trustees could have an interaction with would be donors and sponsors. For the organisations we spoke to, it is as much about developing an audience and a community of supporters that could be encouraged to give.

So ask yourself - who in your organisation can clearly speak about what your purpose is? Who could do so in front of a potential donor or sponsor? Taking the time to make sure everyone in an organisation is clear as to its mission and USP is very important.

Another clear message was that fundraising needs to start at the top. If a board is not involved or is closed to the idea, fundraising just won’t work. Trustees need to be willing to sell the organisation and to ask for support themselves, with the chair leading by example and keeping momentum up. A board also needs people on it with experience of fundraising, or the board needs to be linked to an advisory group who can guide and act as critical friends.

How well do you know your audience? CRM (customer relationship management) systems and databases are developing all the time and it is good practice to track who is involved with your organisation. CRM can be used to screen and target potential supporters with the financial means to make a difference. Those coming to performances and those actively giving can also be monitored. However, the jury is still out on the exact impact of CRM on helping organisations build a sustainable income. One thing important to note is that regardless of the systems organisations you choose to employ, in order for these systems to be actively used they need to generate good data. Organisations need to know who is in the database, track them and their interests and share this insight with colleagues. This is also where innovation lies. One person looking after a database will not suddenly create an upsurge in giving.

There is a lot still to learn from the Catalyst Arts programme and we will continue to evaluate the programme for another year to monitor ongoing impact and measure its legacy. What we can see already is that organisations are starting to embrace fundraising, and we hope this research helps to show them how to do this effectively.