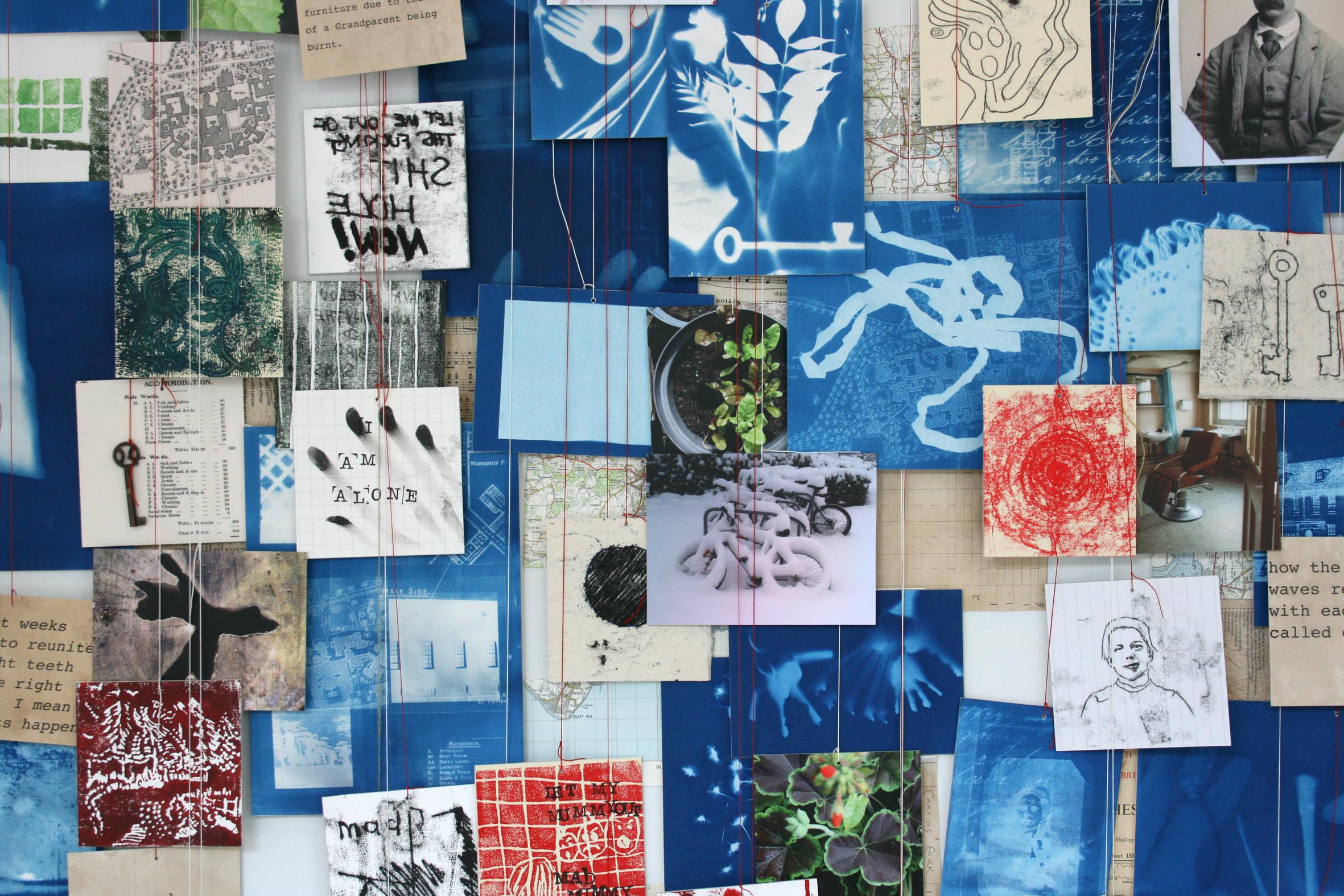 West Sussex Record Office and Outside In have been awarded a grant from the Wellcome Trust of £46,023 to preserve an archive which offers a rare insight into the use of art therapy as a mental health treatment between 1951 and 1971.  Laura Miles talked to the artist Rachel Johnson, co-ordinator of the project which will see artists with mental health histories help to make the archive accessible

“It was a day that had been planned, we had all these activities and then all of a sudden I heard this shout ‘Rachel come here!’... It was startling in a fantastic way.”

That is how Rachel Johnston recalls the moment she first set eyes on a remarkable collection of artwork created by former patients of the West Sussex County Asylum.

It was 2014 and at a special launch event, held in Priory Park, Chichester, which had been put on to tell the wider community about the year-long Heritage Lottery Funded project to uncover the history of the Graylingwell Hospital.

“We were just talking about the project and introducing it to the community when Alan, who is the son of Dr Vawdrey, just came in with two bin bags. He said ‘I didn’t know if you are interested in this’” Rachel says. “I think the moment we got it out of the bag people were gasping, we just looked at it and thought oh my god – this is amazing – it was that instant.” 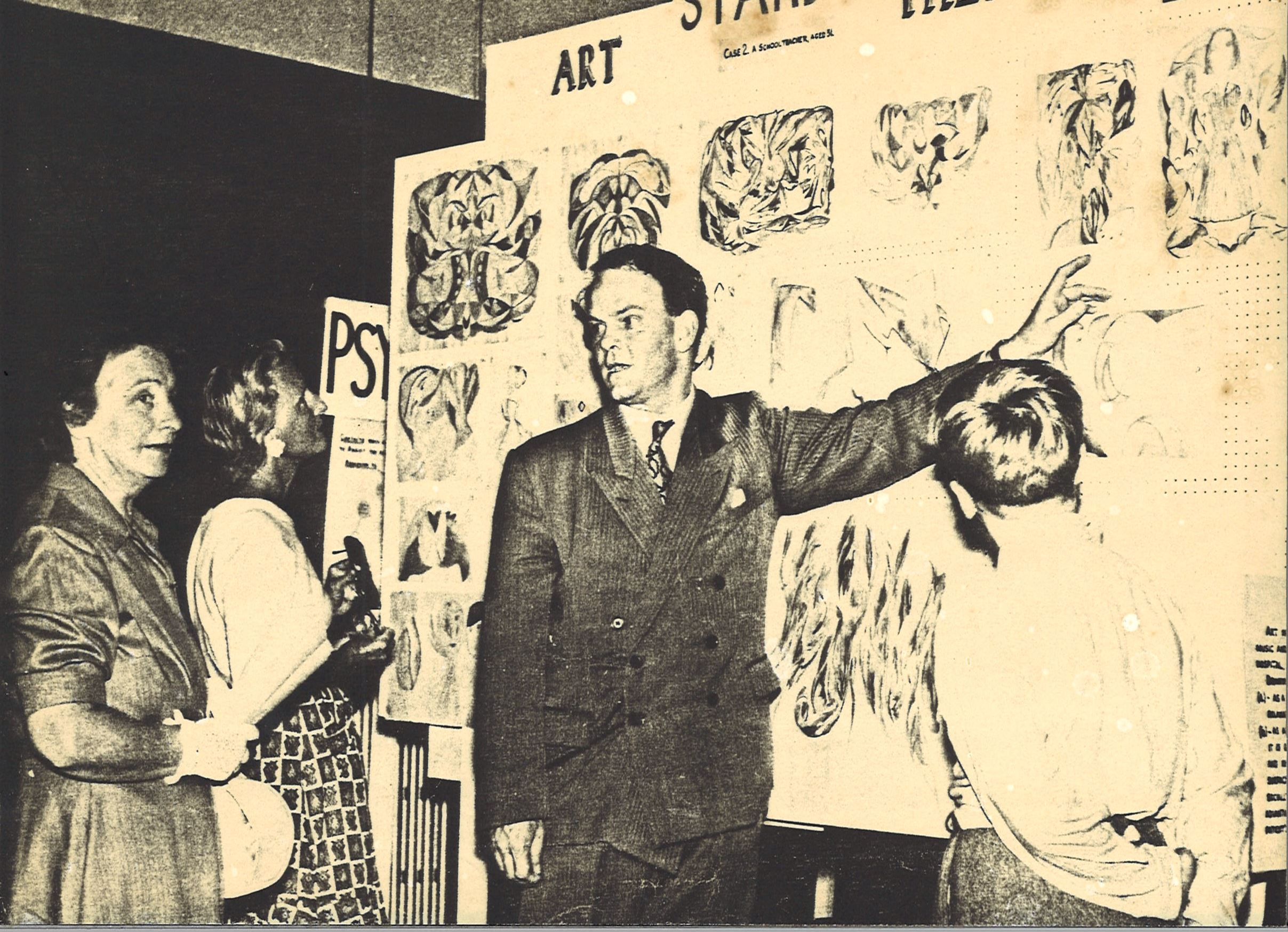 Dr Brian Vawdrey, a psychiatrist, had been the senior registrar at Graylingwell from 1954 to 1985, and along with the art collection his family also had a dissertation he’d written on art therapy. The Vawdrey Archive comprises approximately 194 paintings produced by patients in art therapy sessions run by Vawdrey over two decades, and a copy of Vawdrey’s illustrated thesis, Art in Analysis.

The exhibition that followed – organised by Outside In at Pallant House Gallery   – attracted widespread attention and now, some four years on, a new project has just begun which will see artists to help archive, and respond to, the work.

“The whole point is to recruit artists who have lived experiences of mental health difficulties so they can bring their own unique experience to the archiving” explains Rachel. “Things like search terms are a big thing in archiving but not something you deal with as an artist. It has to be accessible, but in doing that it won’t be accessible to all. It is really fascinating. 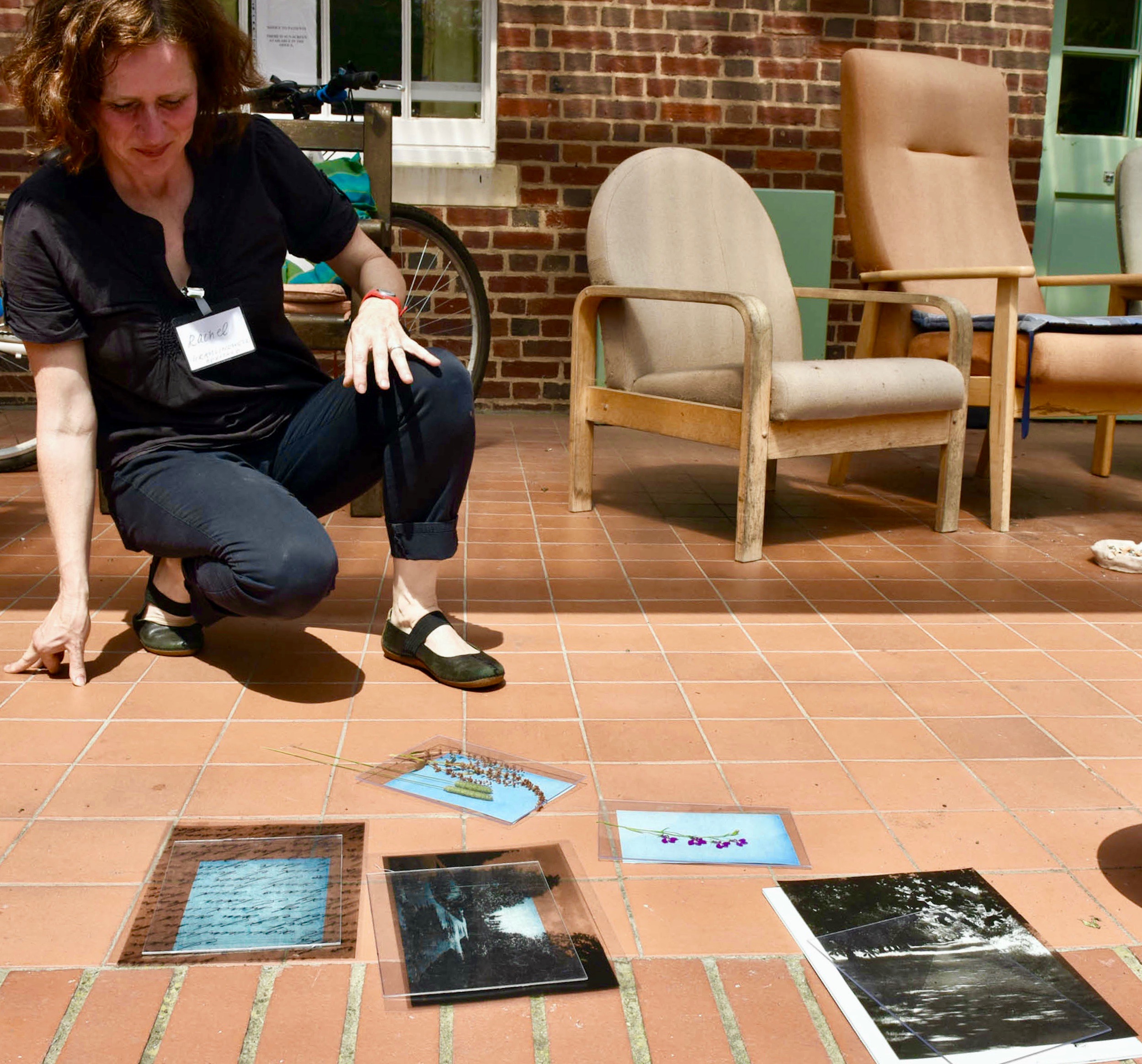 Rachel Johnson with some of the archive

“I think we have a good idea of where we are starting from but we don’t know where it is going to end up - that is a unique part of it. Archiving usually follows rules, but part of what we are doing is to make it not too descriptive, make it accessible but to give it different strands.”

With the work dating back to 1951 to 1971, and key discussions regarding copyright – as to whether it lies with the creator or that the artwork should be seen as a form of treatment – the project is not going to be without its challenges.

“Copyright is one of the conversations we had when the art was uncovered and we need to work on that; there is no straightforward answer. We can talk to art therapists about it but their views will be contemporary, so it will be an interesting one,” she says.

“Even in the field of art therapy there are so many different perspectives. The view of (Edward) Adamson, a famous collector and pioneer of art therapy, wasthat people should just make the art and that is therapeutic in its own right, whereas others would look at the art as symbolic ‘you have done that which means I think you are telling me this’.

“With the Vawdrey project, the point is to make it accessible so it isn’t a dusty academic thing but it is alive and engaging” she says. “Hopefully this is going to be the start of something, there have been discussions about setting up a Europe-wide database and it could go further than that.”

Thankfully, none of this fazes Rachel, who instead admits she sees it as a “buckle yourself in” experience.

“It is really exciting, an unknown, and that is massive – you can’t anticipate the outcome until you have done it. We have to hold on and see how it unravels” she says.

The project, made possible by the Wellcome Trust grant, will see artists from the now independent charity Outside In work alongside the West Sussex Record Office to preserve nearly 200 paintings, and as an artist herself Rachel has plenty of first-hand experience of seeing the power creativity can have in aiding people to talk.

“When you sit down and make with people stories flow and I think it is really important for that to happen. I think the challenge of the Graylingwell projects is to get that out there and get people’s voices heard,” she agrees. “When stories from the past and the present come together you want people to connect with it, it is sharing so that more people can talk about what it means to them and get rid of some of the prejudice which surrounds mental health. I think in the past there was shame associated with it and to a point there still is. That is the appeal of the project.”

Since its founding over a decade ago at Pallant House Gallery, Chichester, Outside In has worked to provide a platform for artists who face a significant barrier to the art world due to health, disability, social circumstances or isolation. In 2016, Outside In became an independent charity, and last year it joined the Arts Council England’s National Portfolio. Since its inception, it has engaged with more than 5,000 artists traditionally excluded from the mainstream art world, a quarter of a million audience members and more than 80 partner organisations nationally. In doing so, Outside In has held more than 50 exhibitions and now provides opportunities for more than 2,600 artists to show their work at national exhibitions, has an active online community and professional development and supports.

Marc Steene, director of Outside In, said: “Outside In is extremely excited to be working with the West Sussex Record Office on this highly innovative project. Enabling Outside In artists, with a lived experience of mental health issues to be given the opportunity to guide and be consulted in the archiving of this incredibly fragile and rare collection of patient art work will provide important learning for all”.