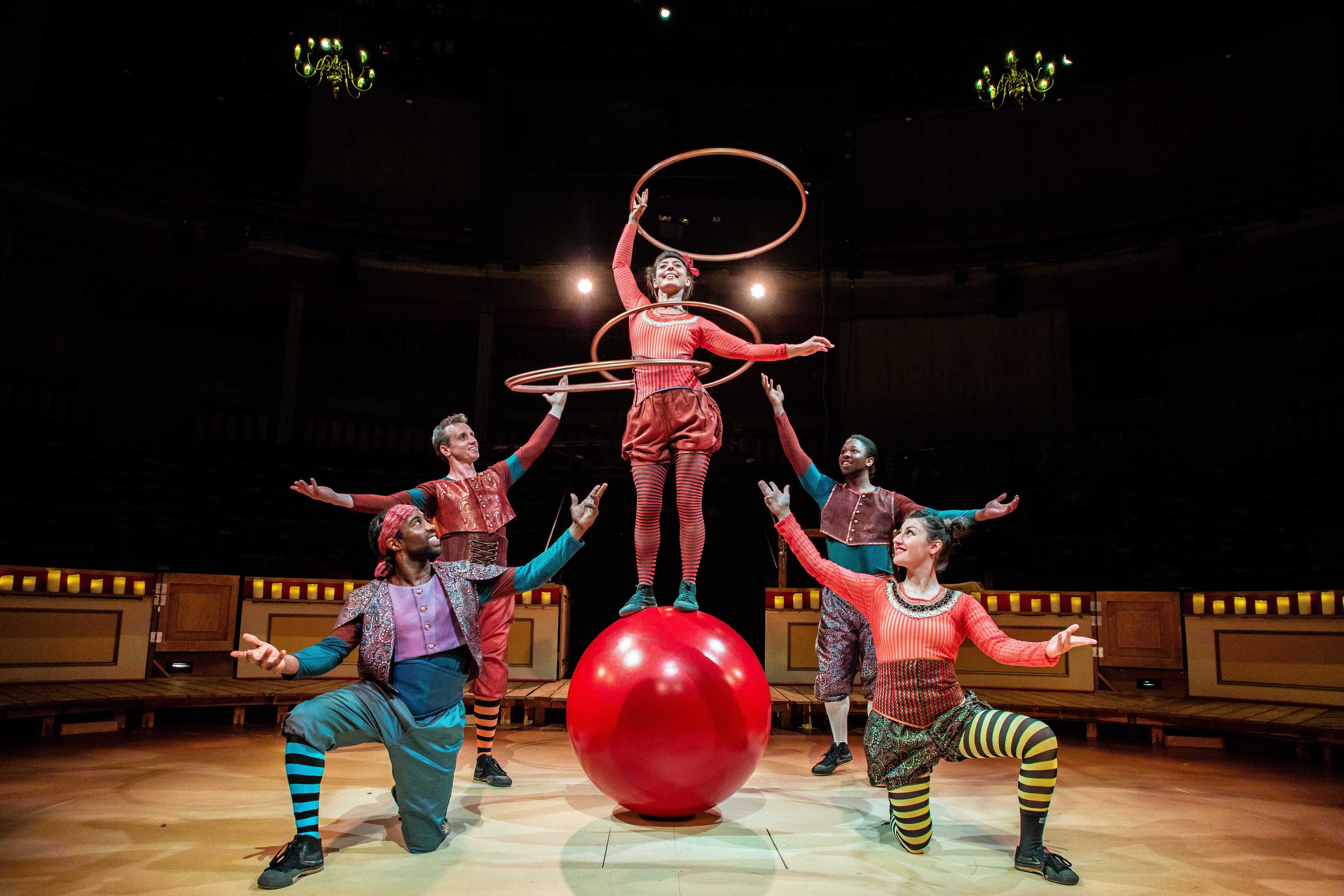 DEA BIRKETT Circus and the other Newcastle

Our columnist returns with news from Circus250. Dea Birkett will make regular appearances here with views and news from her cultured world

Can circus save a town? One place is confident it can. Newcastle-under-Lyme, a spot only semi-detached from its better-known Midlands neighbour Stoke-on-Trent, is using circus to put itself on the international cultural map.

Just over ten years ago, Newcastle’s spring bank holiday carnival was shut down due to rising policing costs. The town no longer has its own train station; you have to travel to nearby Stoke. This year, it’s held an international circus convention and circus conference, staged a play that The Guardian hailed as “daringly executed” and “deeply moving”, and an exhibition on the history of circus at the local museum attracted record visitors.

This town’s revival has hinged on this being the 250thanniversary of circus, a British invention. In 1768, retired cavalryman Philip Astley and his wife Patty laid out a ring of rope on a piece of marshland near London’s Waterloo and filled it with astonishing acts – tumblers, jugglers, trick riders, acrobats, clowns.

They created the first circus. Every circus, anywhere in the world, began at this moment. And Astley, the founder of modern circus, was born in Newcastle-under-Lyme. As Andrew Van Buren, from the local show family who’ve been a driving force behind the town’s cultural revival, says: “We’ve discovered our own Shakespeare”. Van Buren is convinced that what the Bard has done for Stratford-upon-Avon, the cavalryman-turned-circus proprietor can do for Newcastle. 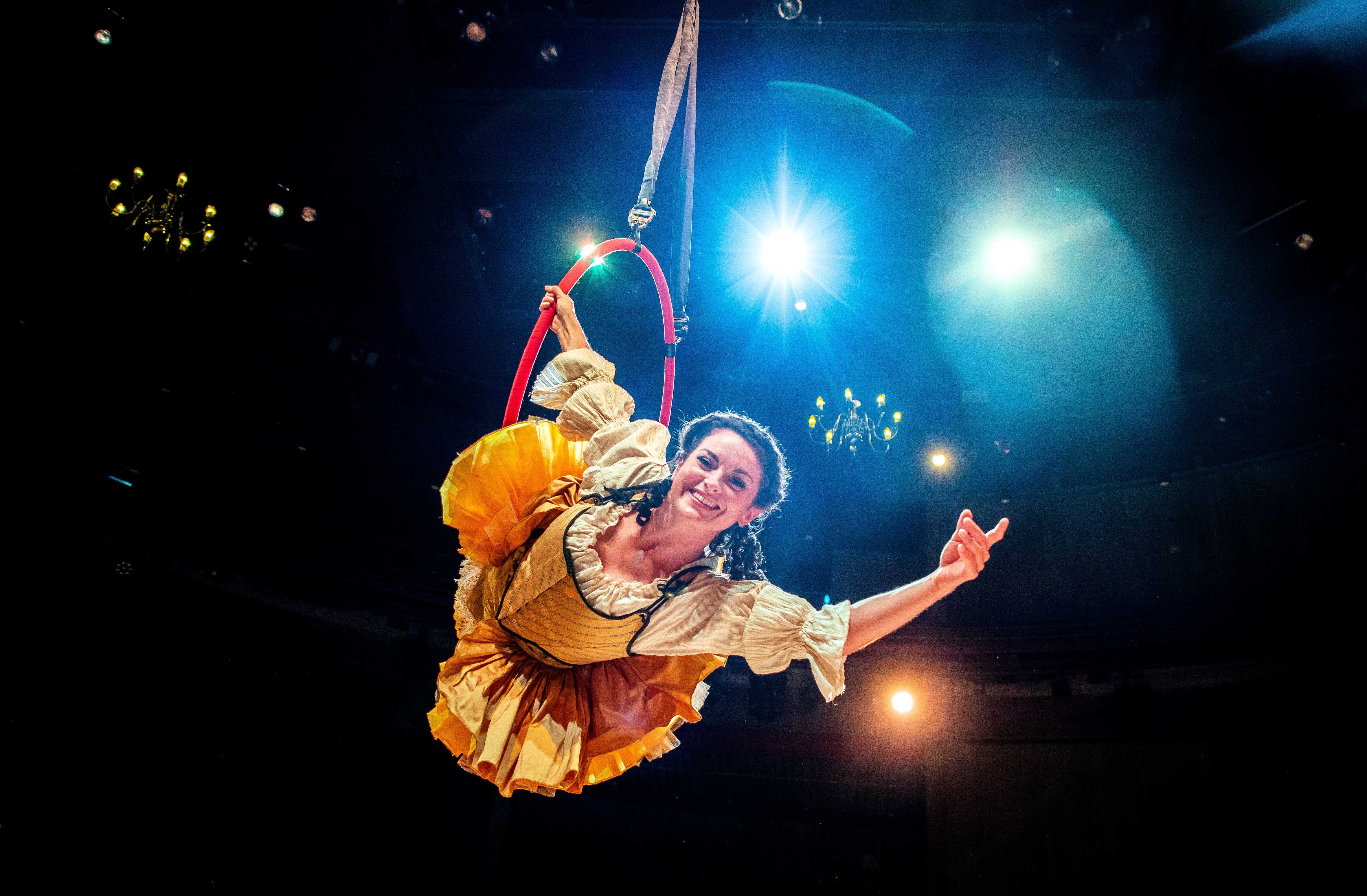 The 250thanniversary proved crucial. Van Buren had been trying to enthuse the town’s inhabitants about their forbear for decades. “I’ve had three goes at trying to get him the recognition he deserves” he says. “The first time was in 1981, when my father was asked by Newcastle Council to organise their carnival. We suggested it should be in honour of Philip Astley, and the general response was, ‘Who?’ Then, in 1992, the 250th anniversary of Astley’s birth, we had a life-sized bronze resin statue made to celebrate. There was more interest that second time, but then it waned a bit”.

With the 250thanniversary approaching, Van Buren decided to have one last go. The Van Burens, together with other local groups co-ordinated by Staffordshire University, successfully applied for £167,000 in Heritage Lottery funding. Newcastle’s BID (Business Improvement District) supported promulgating the Philip Astley connection, an essential local ally. The New Vic Theatre were awarded a £749,000 Ambition for Excellence grant from Arts Council England for a Circus Past, Present and Futureprogramme.

It’s a relatively small amount to transform an entire town. (Think of the millions spent on a City of Culture). But with this modest budget, the New Vic theatre triumphed with the world premiere ofespecially commissioned Astley’s Astounding Adventure. 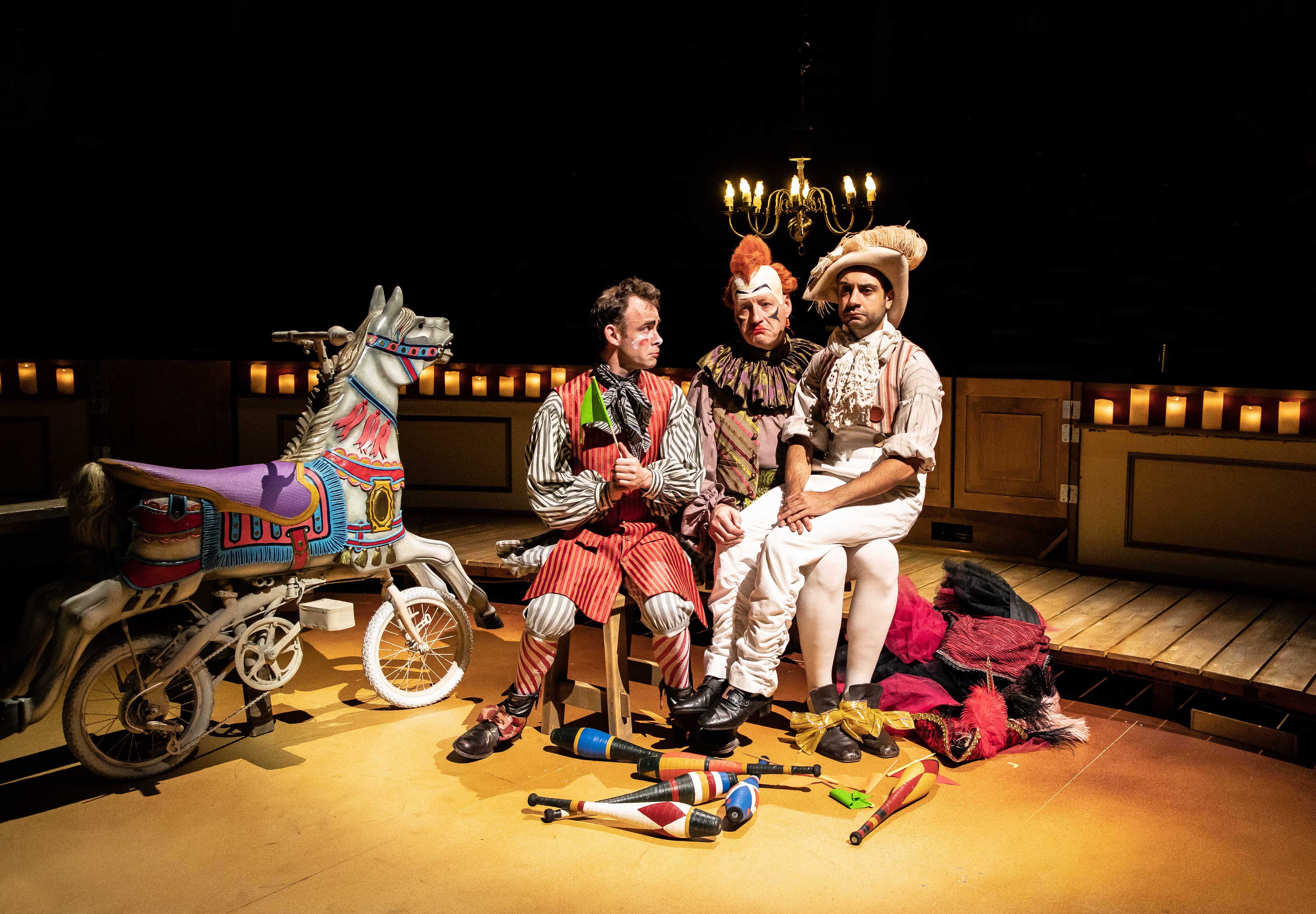 www.philipastlyeproject.orgThe theatre also collaborated with one of the UK’s leading contemporary circuses NoFit State, who premiered their show Lexiconin Newcastle (it’s now touring in Melbourne, Australia). Circolombia is another internationally renowned circus that visited the town this year. Vicki Amedume, director of the Upswing circus company and co-artistic director of Astley’s Astounding Adventures, says: “This year Newcastle-under-Lyme has been an epicentre of circus. For me, highlights have been sitting in a tent watching Circolombia in between their performance dates in Paris and their run at the Southbank, London”. The World Juggling Tour made Newcastle one of its pit stops, straight from Monte Carlo.

The Philip Astley Project organized a series of free circus film screenings and a school poetry completion under the banner “Charles Dickens and Jane Austen wrote about Philip Astley. Why don’t you?” A new local authority children’s library has been designed with a circus theme, with regular readings by authors inspired by circus. The local York Place Shopping Centre has been renamed Astley Walk Shopping Centre. In the main pedestrian precinct, the V&A curated a street exhibition using powerful images of circus in their collection. The town has hosted or created CIrcusWorks Festival of youth circus, the Homecoming street festival, the family Just So Festival (with a dedicated Roll Up, Roll Up circus programme), and, of course, AstleyFest.

Does circus have a particular power to transform? “It’s a form of entertainment that breaks all language barriers – it doesn’t matter what gender, race, religion – or belief, male or female – it entertains all and is performed by all” Van Buren says. “And it was all created by an English war veteran – born in Newcastle-under-Lyme, developed in London, made in Great Britain and exported to the world”. Circus’s transformational work in Newcastle is far from finished. Most recently, Staffordshire University is developing a Philip Astley Resource Pack for schools and community groups.

What has changed in the town? Prestigious circus companies like NoFitState and Circolombia now have Newcastle on their touring maps; just a couple of years ago, this would have been inconceivable. With Astley’s Astounding Adventures, The New Vic Theatre, always well considered, has had its biggest nationwide hit. A trail has been commissioned to guide all the expected new visitors, as well as proud townspeople, around Newcastle’s streets.

Perhaps the most innovative changes the trail will point out is the town’s subways which run under roads that cut a cruel swathe through communities and divide residential areas from commercial ones. Instead of being dark, dank and unwelcoming tunnels, they’ve been transformed by street art celebrating the town’s new historic hero and telling his story. Rather than avoiding the subways, it’s now worth making a detour just to see them.

When the Circus250 Caravan, a travelling storytelling show, joined in The Homecoming festival, we asked children in the audience if they’d heard of Philip Astley. They cheered, ‘He was born here!’ When we asked where circus was invented, they shouted ‘Here!’, which, if not correct in fact, is true in sentiment. One man said after the show, "The circus has brought joy to this town. We’re all smiling now".

Dea Birkett is Ringmaster of Circus250