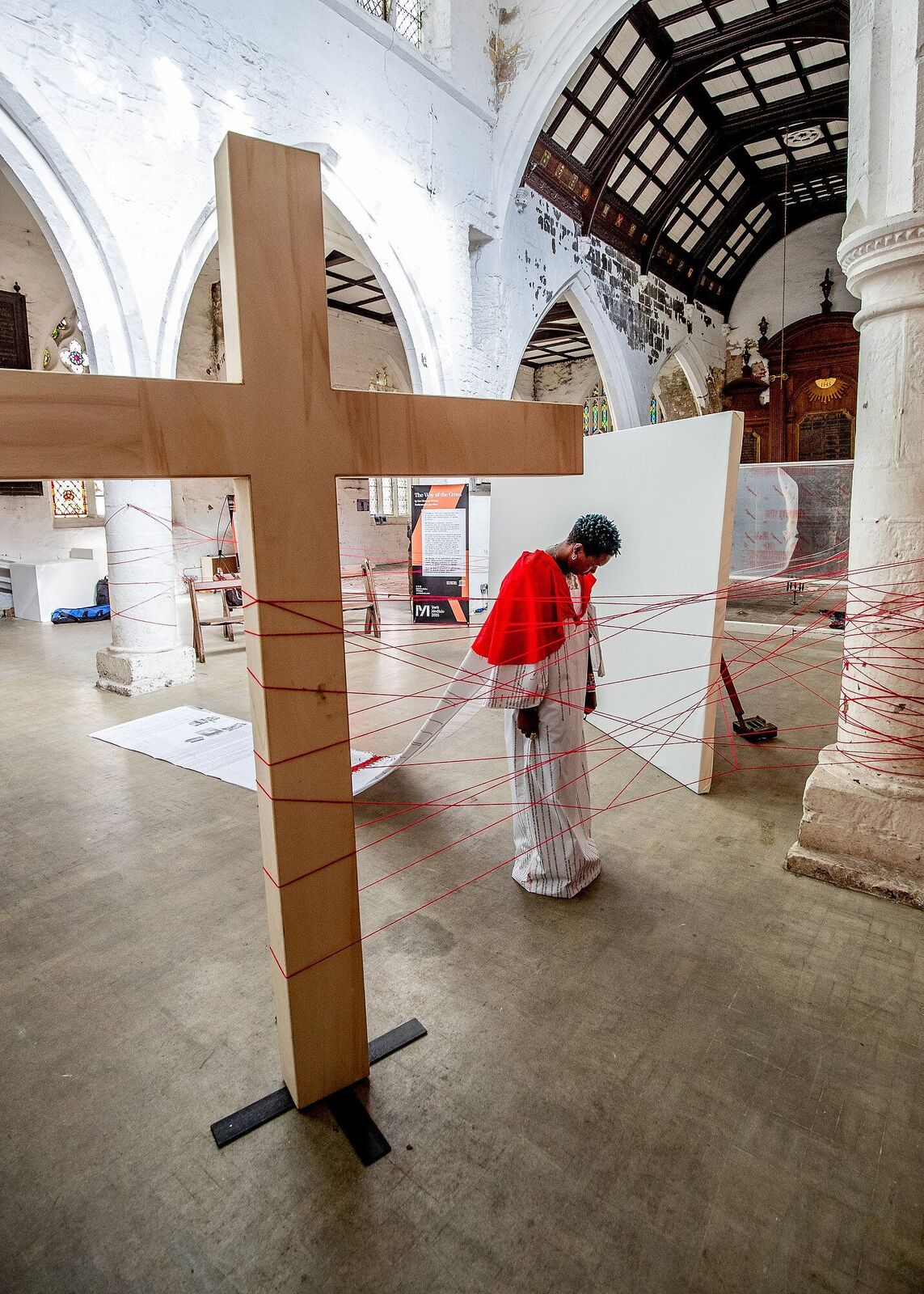 In this Brexit buffeted age of austerity, it can be hard for the arts to see much cause for celebration. Money is tight and will get more so, if the noises coming out of the Treasury about further belt tightening to pay for extra support for the NHS are to be believed.

But here are two causes for optimism.

One is in York, a city best known for its Minster, medieval walls and narrow historic streets which are a playground for film-makers, seeking that authentic flavour of Olde England. Not many people will also know that its the UNESCO City for Media Arts, one of an exclusive network of Creative Cities throughout the globe.

It is also be the site of the UK’s first Mediale, a festival of digital arts very loosely based on the idea of an arts Biennale. Artists of the stature of Isaac Julien and Ry and choreographers like Andrew Whitley are using the city’s heritage buildings as a backdrop for cutting edge forms of their art, using a variety of media.

The fact that York which, despite the appurtenances of grandeur, is a small city of no more than 200,000 souls, could have landed this title is a tribute to the indefatigability of folks like Marcus Romer, former director of the city’s Pilot Theatre and York City Council’s one-time chief executive Kirsten England. Together they cajoled the often reluctant authorities to recognise what was happening on their doorstep – a quiet revolution involving artists, gamers, film-makers, and university departments busy pushing the boundaries of “art” in the unlikely surroundings of this historic city.

This collection of artist-entrepreneurs have also set up a new guild, the first in the city for more than 500 years, to join the Merchant Taylors, Cordwainers and the like who have been part of the city’s civic life since medieval times. And finally, the city had also been in its quiet way, a pioneer in using music and lights to create moving moments of art in the series of events called Illuminating York which made its debut way back in the early 2000s.

Achieving the designation of UNESCO City of Media Arts doesn’t automatically unlock access to the UN’s millions but it does help persuade others that there’s something they might like to be a part of. So the list of supporters and sponsors of Mediale is a long one, demonstrating once again that if you have a good idea, and passion and enthusiasm for that idea, people will flock to your banner.

Our second bright spot is in Derby where the 13thedition of the city’s Feste takes place. The Feste is an extraordinarily popular weekend event which attracts more than 30,000 people to the streets of this otherwise unremarkable Midlands industrial city to enjoy a mix of big top circus, parades, outdoor markets, street theatre and aerial acrobatics.

It’s organised by the people at Deda, which for those of you who don’t know is the dance centre.  Deda is currently celebrating its 20thanniversary since it took over a converted chapel squeezed between a couple of car parks on the less favoured edge of the city centre.  It’s been a huge success story for the people of Derby, not only attracting national and international names to its stages, but also thousands of young people who pass through its portals to take part in an extraordinary mix of dance styles for all ages from babes in arms to early twenties.

But even if you never go near the building, dance, circus, acrobatics will come to you in your community hall, sheltered housing, hospital or local shop as part of Deda’s wide range of outreach work.

The fact that it exists at all is a triumph of optimism, as many people in the city were sceptical that there was a demand for a dance agency let alone one that needed to raise a substantial sum of money to restore a dilapidated old building. But the creators of Deda persisted and under its current management team, led by Stephen Munn, the organisation has gone from strength to strength. It’s now a keystone of the cultural scene, its influence stretching right across the East Midlands, not least because of the importance of Feste in the city’s calendar.  They are now planning to turn Derby into a national centre for aerial acrobatic skills, with ambitious proposals to colonise a soon-to-be-vacated swimming pool next door. It’s going to cost a lot, but no-one is betting against them achieving their goal.

What both these events show is that it is the combination of excitement and belief that really counts in getting an artistic endeavour under way. As the anthropologist Margaret Mead said, “Never doubt that a thoughtful group of committed citizens can change the world”. York and Derby should be thankful