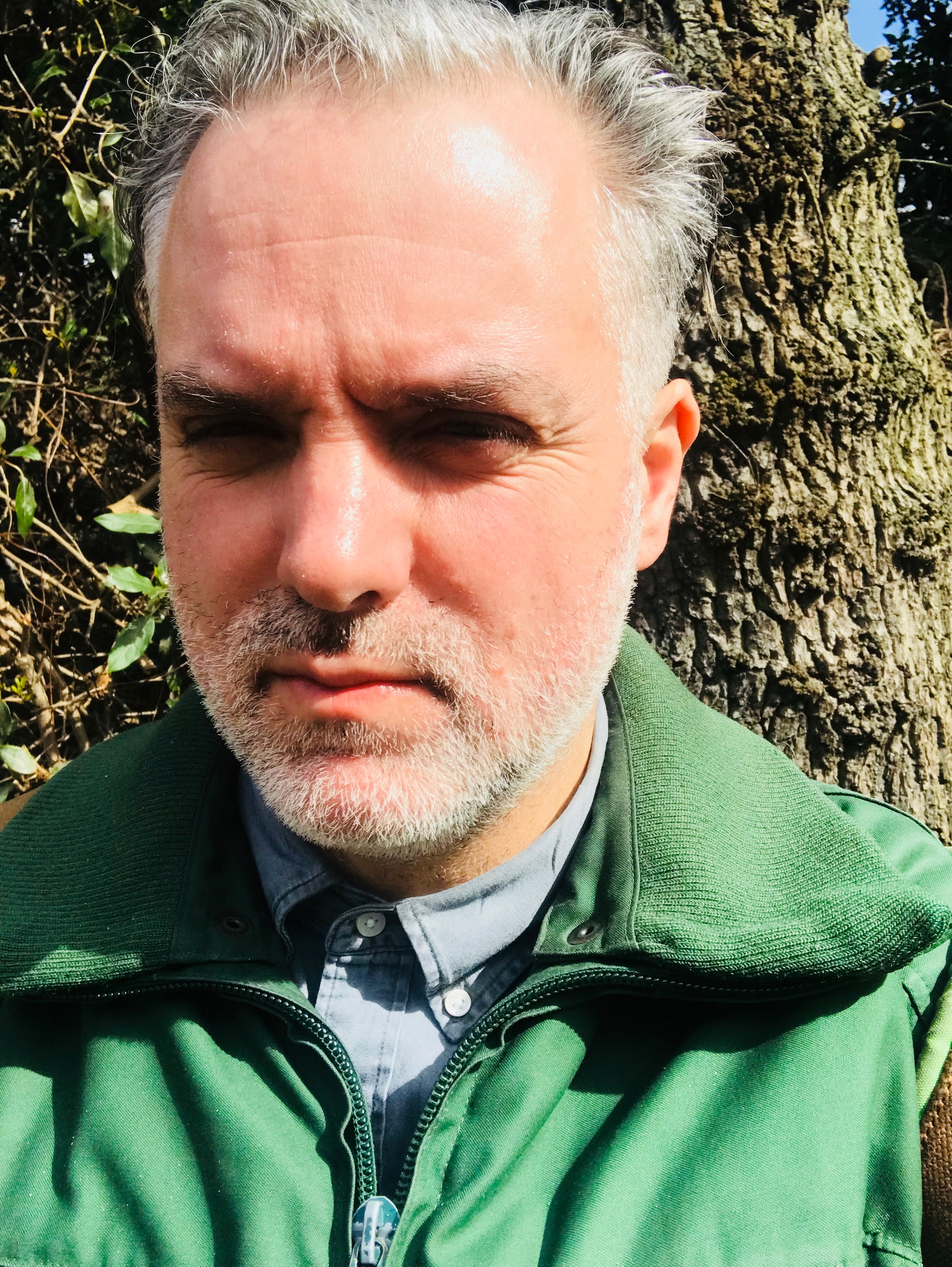 A life class for the arts

Research says that the arts do not represent the British people, but Create London, set up ten years ago by Hadrian Garrard, aims to change that. He gave Simon Tait a progress report

Last weekend a group of leading musicians including Sir Simon Rattle, Rita Ora and Brian Eno sent an open letter to Theresa May warning her that the Brexit negotiations were sentencing the music industry to a “self-built cultural jail”.

It’s the kind of protest that sets Hadrian Garrard’s teeth on edge.

“What annoys me is when the arts community does a campaign against Brexit and everyone in the arts agrees that it’s one of the worst things ever, and they do a campaign, go on a march, do some posters, and they don’t realise that no-one is listening except people that agree with them” says the founder of Create London, ten years old this month. “The arts do not represent the views of the British public. People that go to the arts are a minority."

Create London’s mission is to change that, to find ways for artists to contribute to the lives of city dwellers, with a particular focus on London’s East End. It is a product of the London Olympics planning, set up at first by Hackney Borough Council on behalf of the five boroughs that would be involved, which had such a profound effect on the area.

Hadrian Garrard was working in music programming for the Hackney Empire in 2007 when a job at Hackney Council came up creating a cultural strategy in the context of the forthcoming Olympics Games and the infrastructure change already under way in East London.

“We were looking at opportunities for residents in London, and culture was a big part of the narrative” he says. He brought together a lot of institutions and arts organisations, from the Whitechapel Art Gallery to the Theatre Royal Stratford East, and then the Barbican “which decided to look east instead of being embarrassed about not being in central London”. Create is now an associate of the Barbican’s where it is based, an independent charity and an Arts Council NPO, and its success is bringing other UK cities, such Manchester and Birmingham, for advice.

Create has worked with artists to create the likes of You Me Bum Bum Train, an early immersive theatre experiment; Station House Opera’s international success Dominoes; and it gave the first commission into the Assemble co-operative, later to win the Turner Prize, to create Folly for a Flyover, a cinema under the A12 flyover at Hackney Wick built by 2,000 local volunteers over the summer of 2011.

Now Create has phased out the one-off arts projects for longer term programmes that put and keep artists in the communities, but it is an up-hill task. While the East End has Europe’s largest cultural quarter with 14,000 artists living and working there, the East End also has some of the lowest community participation in culture.

But the major warning came easier this year with Panic! It’s an arts emergency report commissioned by Create in association with the Barbican, funded by the Arts and Humanities Research Council and involving three universities.

‘The arts are the least representative of the British population that any other sector. You could say it’s the most elitist’

“The headlines from the report are very straightforward” Garrard says. “The arts and creative industries are the least representatives in terms of the British population than any other sector so you could say it’s the most elitist. It is also the most left-leaning workforce of any industry, and in other ay the least socially mobile.

“Those working in the sector are the least likely to know a taxi driver or a shop worker, so it’s a heavily networked, quite closed industry.”

So those working in the arts are the least representative of the communities in which they operate of any sector, and it is one of the least inclusive – in museums and galleries just 2% of staff come from non-white, non-middle-class backgrounds. It has taken four years to complete, interviewing 3,000 worked in the sector, “and it's a very positively invasive piece of research – it’s popping up on Al Jazeera News, for instance, in a report on Muslims in Bodyguard(the recent BBC TV thriller)”. The Panic report is now with the Arts Council DCMS and many other agencies while dialogue continues on what to do about its findings.

But Create is having a profound effect. It was instrumental in encouraging the Olympic Park to be populated by major arts institutions, the V&A, Sadler’s Wells and the Smithsonian, and now it is working with communities integrating the incomers and the residents. Garrard is also working closely with the mayor of London and his culture and regeneration departments.

Create Jobs was set up with A New Direction to tackle the high rate of youth unemployment in the East End, and works with 400 young people a year getting 100 of them into full-time, fully paid jobs in the creative industries.

Movements, Deals and Drinks was set up in 2014 by the commissioned artist Kathrin Böhm and her Myvillages collective, a scheme that took East Enders back to the Kent hop fields for the first time in half a century whereby they would harvest the hops and make and market beer. That year they produced 20,000 bottled drinks, and this week it and Böhm are serving at Frieze.

On the Beacontree Estate in Dagenham, with architects Apparata and support from ACE, the local council and charitable trusts, it has turned a derelict 18thcentury farmhouse into a new public space for arts and creative activity, with artists invited to live there to make art with people living locally. Six artists live there. hosting workshops, talks, dinners and events.

Blackhorse Workshop in Walthamstow is a “public place for making, mending and learning”, a social working environment with a programme of classes and activities, and it now self-supporting. 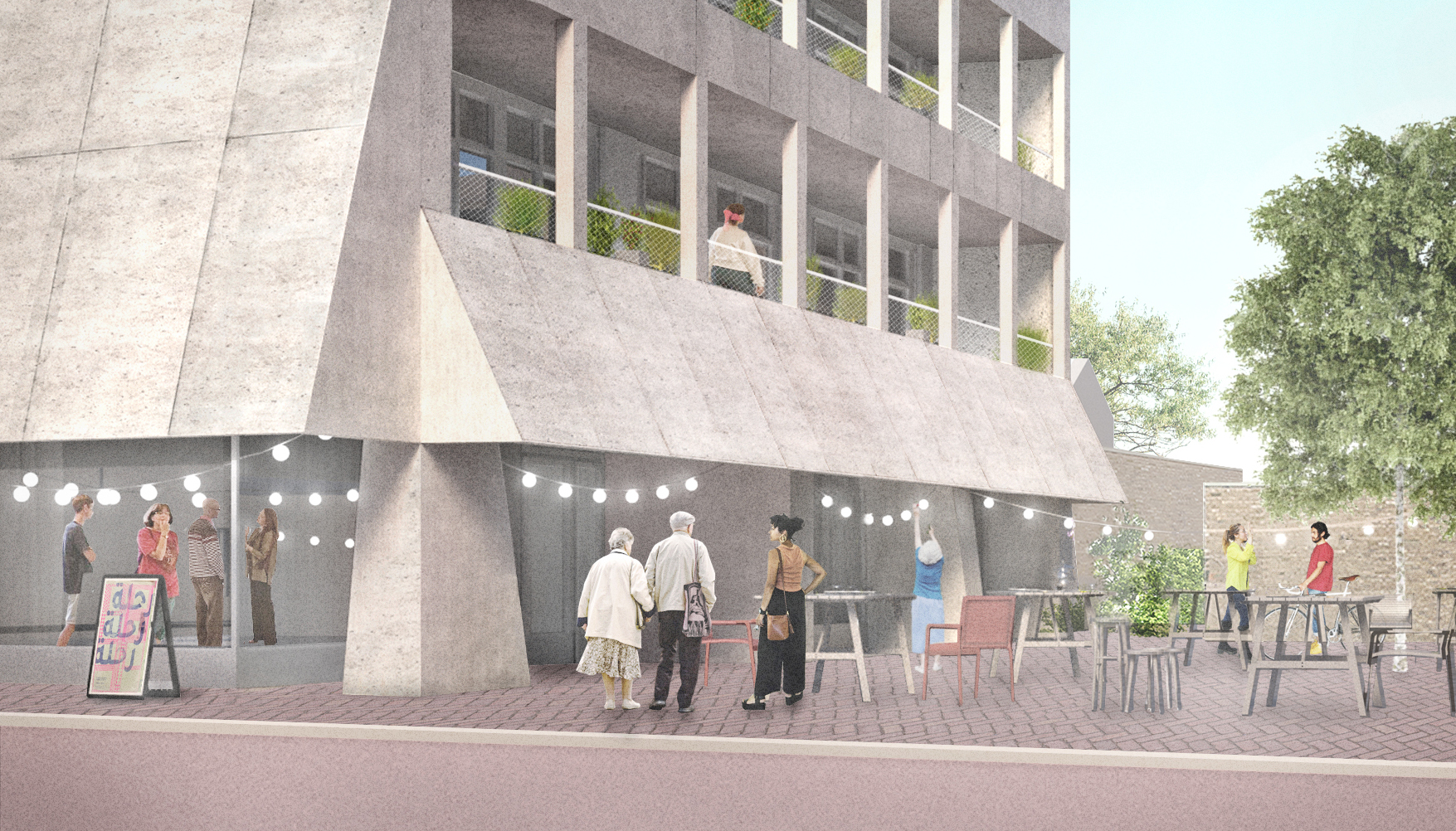 And Create has just received planning permission for A House for Artists in Barking Town Centre. Also supported by the mayor and involving the artist Grayson Perry, the development – also designed by Apparata - is 12 permanent artists’ homes. Residents will be selected in the new year and the building will open in 2020.

“We want to create a way for artists to stay in a place for their whole lives, to bring up families in a city” Garrard says “but in a very clear exchange: we’re asking each resident to contribute half a day a week to the community, providing much needed social space to local residents in Barking in town centre.

“It’s been a problem: the transient state in which artists in London have been for 60 years, because they’re not part of their communities and operate in an inward looking way, as Panic!shows. So when artists are priced out of areas like Hackney Wick there’s no local outcry, ‘we want our artists to stay’.”

The value of the creative industries to the economy is well-known, but the value of artists to our communities is barely exploited. The alienation of working communities like Barking’s that feel neglected by government has, Garrard believes, led to the bitter Brexit situation. The influence of artists as part of those communities could help heal that sense of alienation.

“Yes, Brexit will affect the arts, but the arts need to be more relevant for the British public” he says. “If Brexit does one thing, to encourage the arts to be part of British society again - whatever it means - then that would be a positive part of the evolution of the arts in this country.”