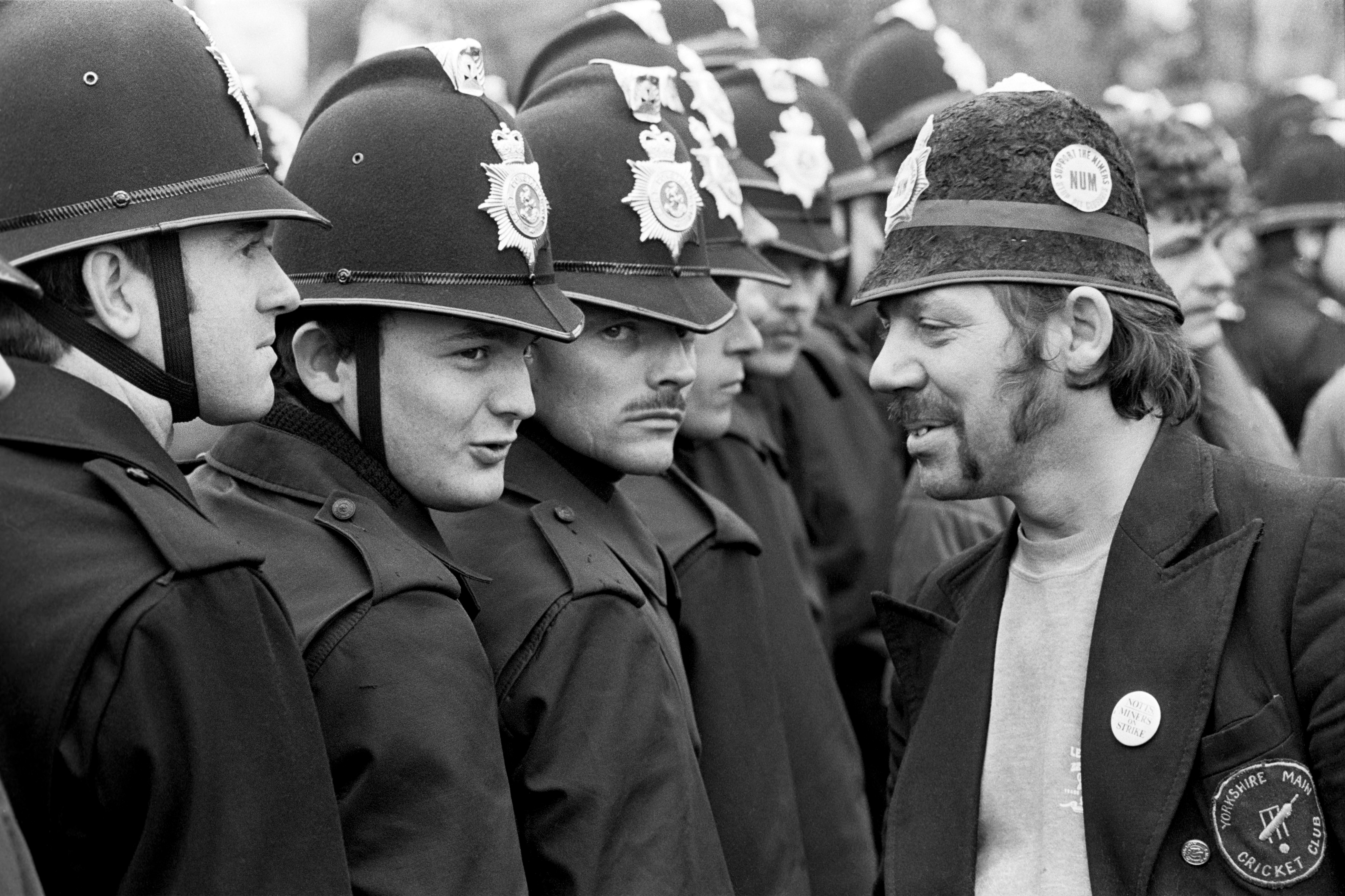 Fractions of time and millimetres of space can be the difference between a photograph that endures and wins acclaim for the photographer and those that sadly seem to be almost forgotten.

The Museum of Sheffield has an exhibition,Who We Are, that revives the work of local photographer Martin Jenkinson, who died from cancer in 2012, aged 64. The exhibition is on at Weston Park Museum until April 2019.

Martin has previously been exhibited at the National Portrait Gallery and the Tate Liverpool, but this is the first major retrospective of his work.

Martin recorded people’s lives, he was not seeking high drama but the everyday of life in Sheffield.  It is a wonderful exhibition displaying 80 of his insightful photographs, observing Sheffield through dramatic changes as industries faced difficult times and closures. He photographed marches by trade unions, the final days of pits as they faced closure and the first black bus driver, Maxine Duffus, who was employed by South Yorkshire Passenger Transport.

“We are really grateful for this opportunity for Martin’s work to be recognised. While including some of his best-known and most acclaimed photographs from his industrial and political archive, the exhibition also demonstrates other important aspects of his work. These images show the breadth of Martin’s interest in people and depict their everyday lives in photographs that are moving, imaginative and artistic.” 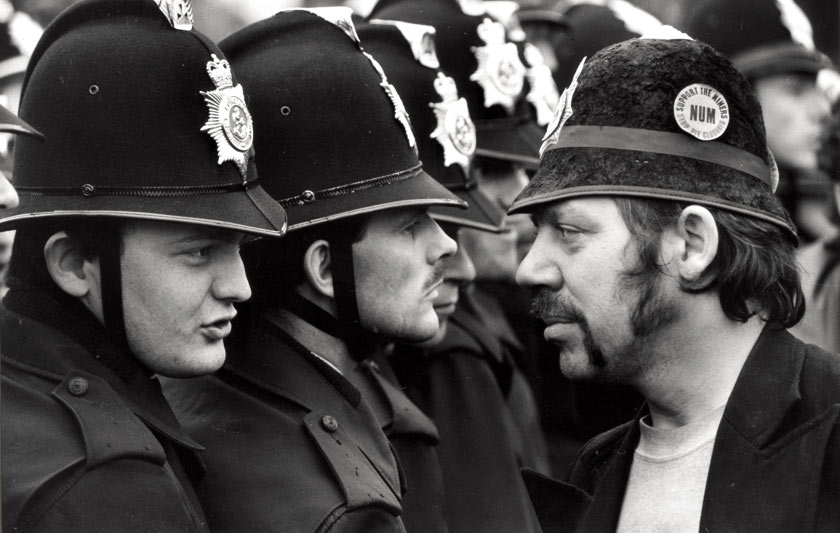 Among his images is a picture from Orgreave colliery in 1984 showing a miner wearing a plastic policeman’s helmet and a row of policemen. Looks familiar? well yes, it has remarkable similarity to the image by Guardian photographer Don McPhee (above) and is explained by the fact that they were standing side by side. Don McPhee’s picture became the one that endured probably because it had national exposure in the Guardian and so it became the one that people remember but this does not lessen the merit of Martins picture that he chose from the many images he took that day and now on sale at Fleet Streets Finest.

If further evidence were needed of how moments and millimetres can affect the fate of the image look at the two pictures here, the one on the left by Jack Beers of the Dallas Morning News and the one on the right by Bob Jackson of the Dallas Times Herald and are separated by a fraction of a second.Bob Jackson’s picture went on to win him a Pulitzer Prize with a photograph that is considered to be one of the greatest of the 20thcentury; meanwhile, Jack Beers was left devastated, according to his daughter, and he never really got over his bad luck.

These images courtesy of Associated Press

The two photographers were standing side by side when the car due to transport Lee Harvey Oswald arrived. Bob Jackson moved over so that he didn’t get hit by the car as it reversed into the basement of police headquarters, and Jack Beers repositioned himself so that he shoot above the heads of the crowd. At that moment, the Kennedy assassin Lee Harvey Oswald was bought out of the lift and the two pictures were taken - a sixth of a second separates the two pictures and the rest, as they say, is history.