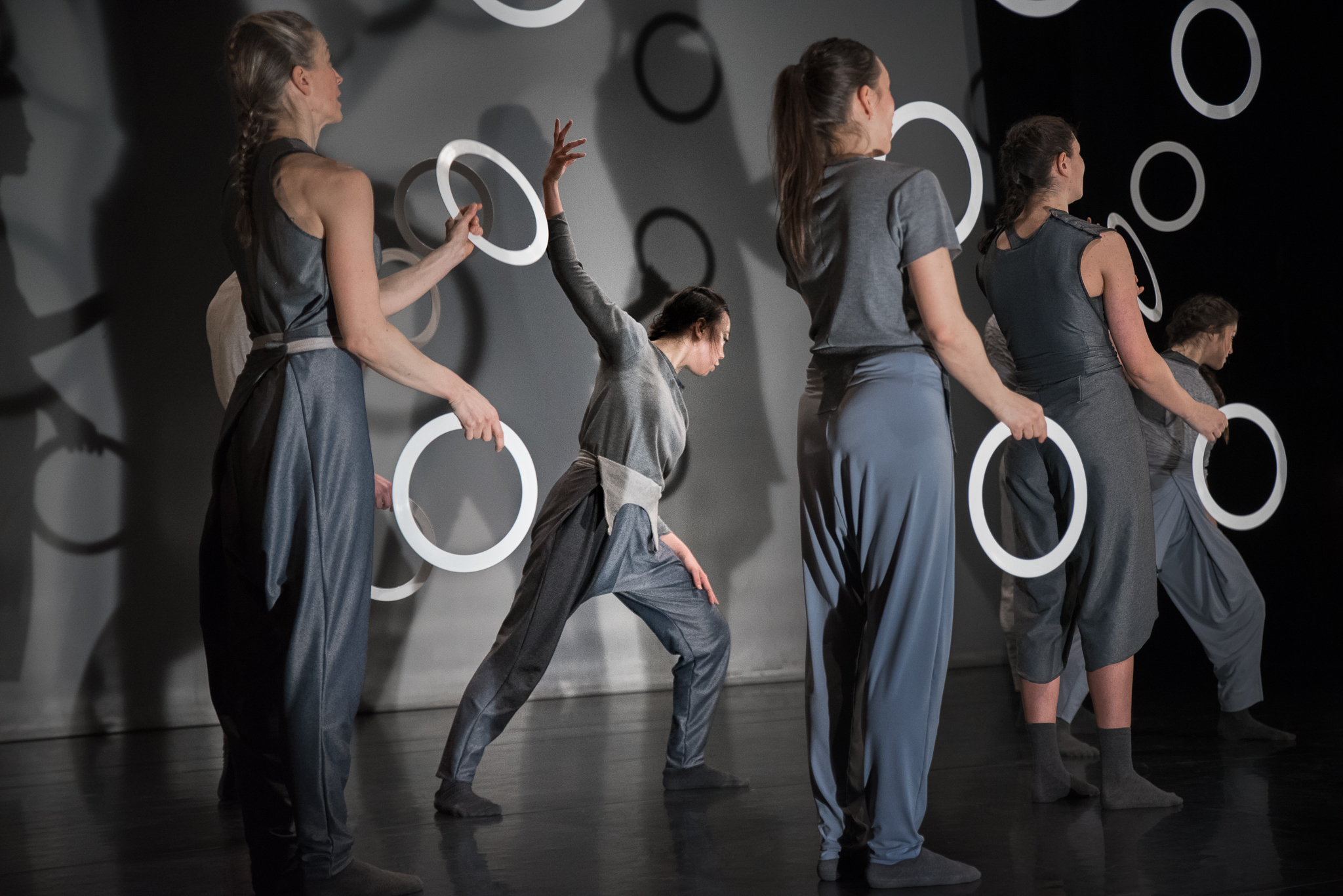 According to the OED, juggling is partly “to play conjuring tricks; to conjure; to play tricks so as to cheat or deceive; to trick, cheat, beguile…” 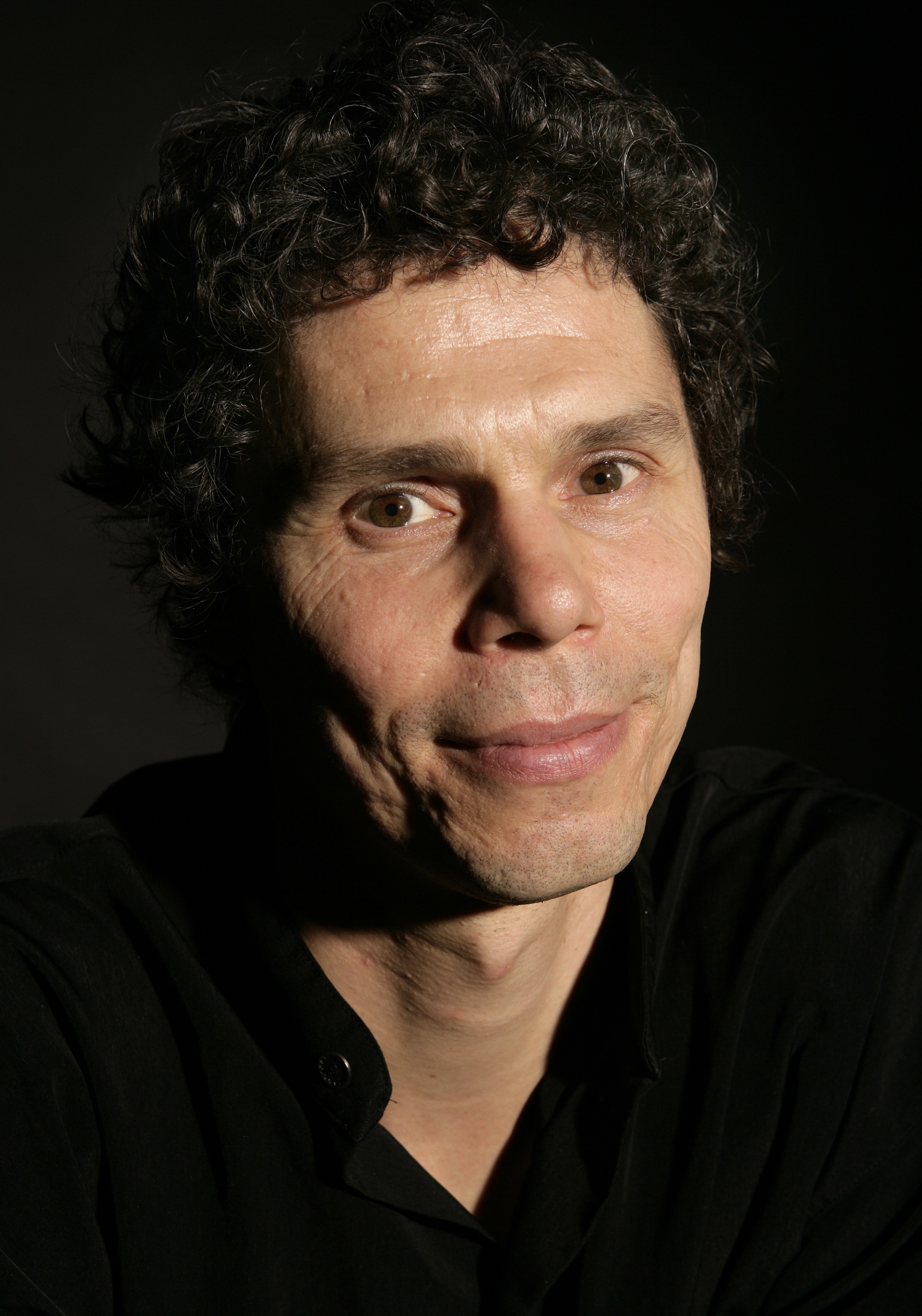 To Sean Gandini, it's less sinister: “I’m old school” he says. “In its basic form, juggling is keeping more things in the air than you have hands, that's all. And then you organise that in a million ways”.

That is minimalism to the point of self-effacement because Gandini, founder and artistic director of Gandini Juggling, has redefined the old circus discipline to meld it with contemporary dance, music and even opera.

In 2016 Phelim McDermott made juggling an integral part of his visually stunning Olivier Award winning ENO production of Philip Glass’s opera Akhnaten, and he turned to Gandini. “It was inspired, and it was one of the things that opened doors for us”, Gandini says. The production returns to the Coliseum for its first revival on February 11, running to March 7, and will be going to the Metropolitan in New York in the autumn. 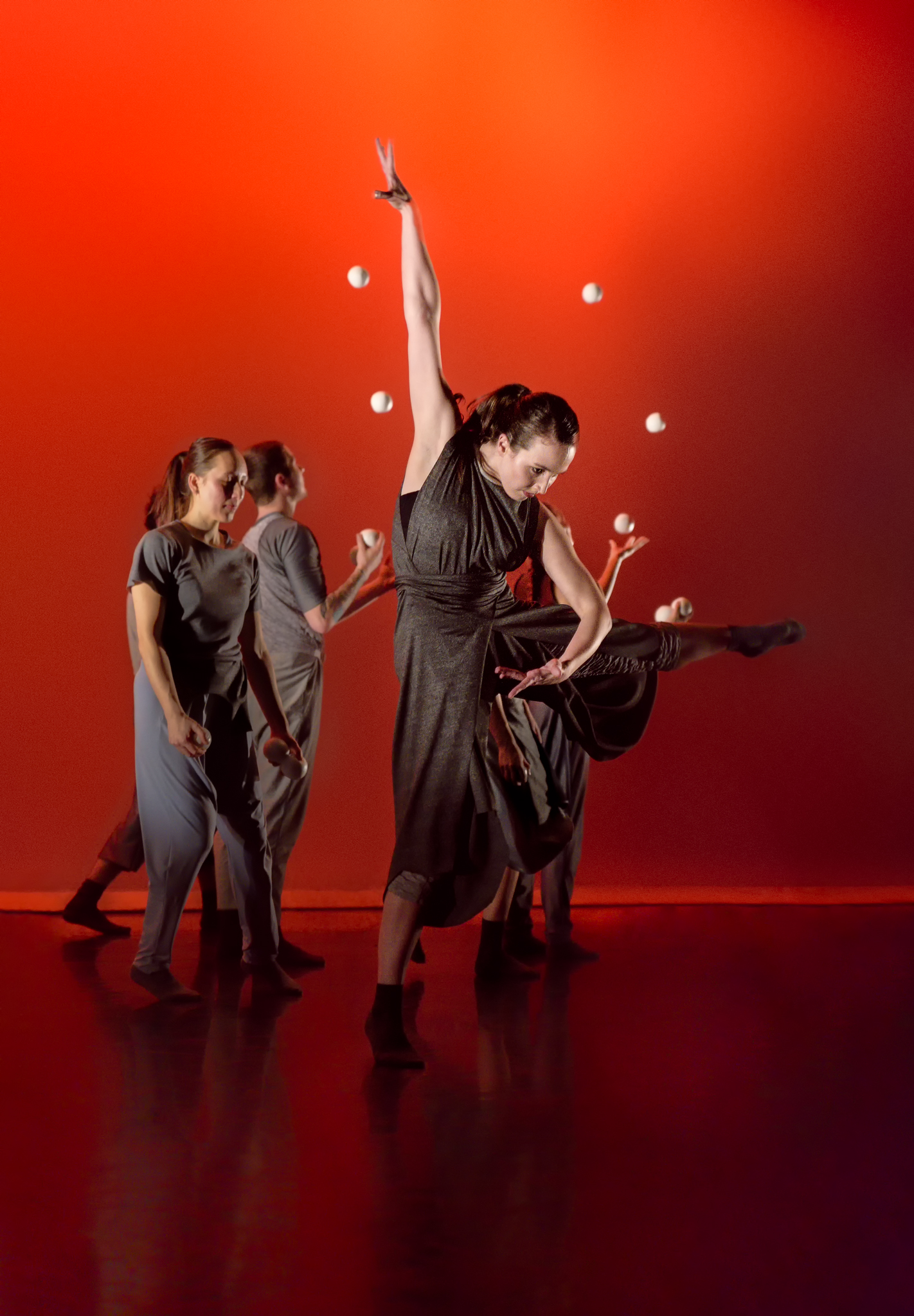 But before that, on January 31, Gandini and his company, Gandini Juggling, will make their debut at what has become our national theatre for contemporary dance, Sadler’s Wells, a key moment in its 25 year rise. With the choreographer Alexander Whitley and a score commissioned from Gabriel Prokoviev – and, an essential element in modern stage presentation, lighting by Guy Hoare who gets equal billing – he presents a new work, Spring, which has its UK Premiere there before starting a UK tour. The three team been working on it for two years, and it is the final part of a trilogy (the first two were 4x4 Ephemeral Architectures based on classical dance and Sigma with Indian dance), experimenting with jugglers and dancers “flirting”, using their respective performance languages.

Circus and theatre become one.

Sean Gandini’s story could be a multi-coloured opera, a harlequin himself whose names come from his Irish mother and Italian father, two idealistic socialists. They met in Switzerland and went to Cuba, a newly Communist state, where Sean was born in 1964. In Havana, aged four, he was taken to see the Moscow State Circus, and he wrote an essay on why, when he grew up, he wanted to be a clown. A little later, aged nine or ten, he was befriended by a taxi driver who taught him conjuring, giving him hand-made tricks that he still has.

Disillusioned with revolutionary socialism, the family moved to Canada and then France, where Sean did a linguistics degree while his mind was occupied with other things – “Painting, magic and juggling, one of them would see my happiness, and I decided to come to London”. 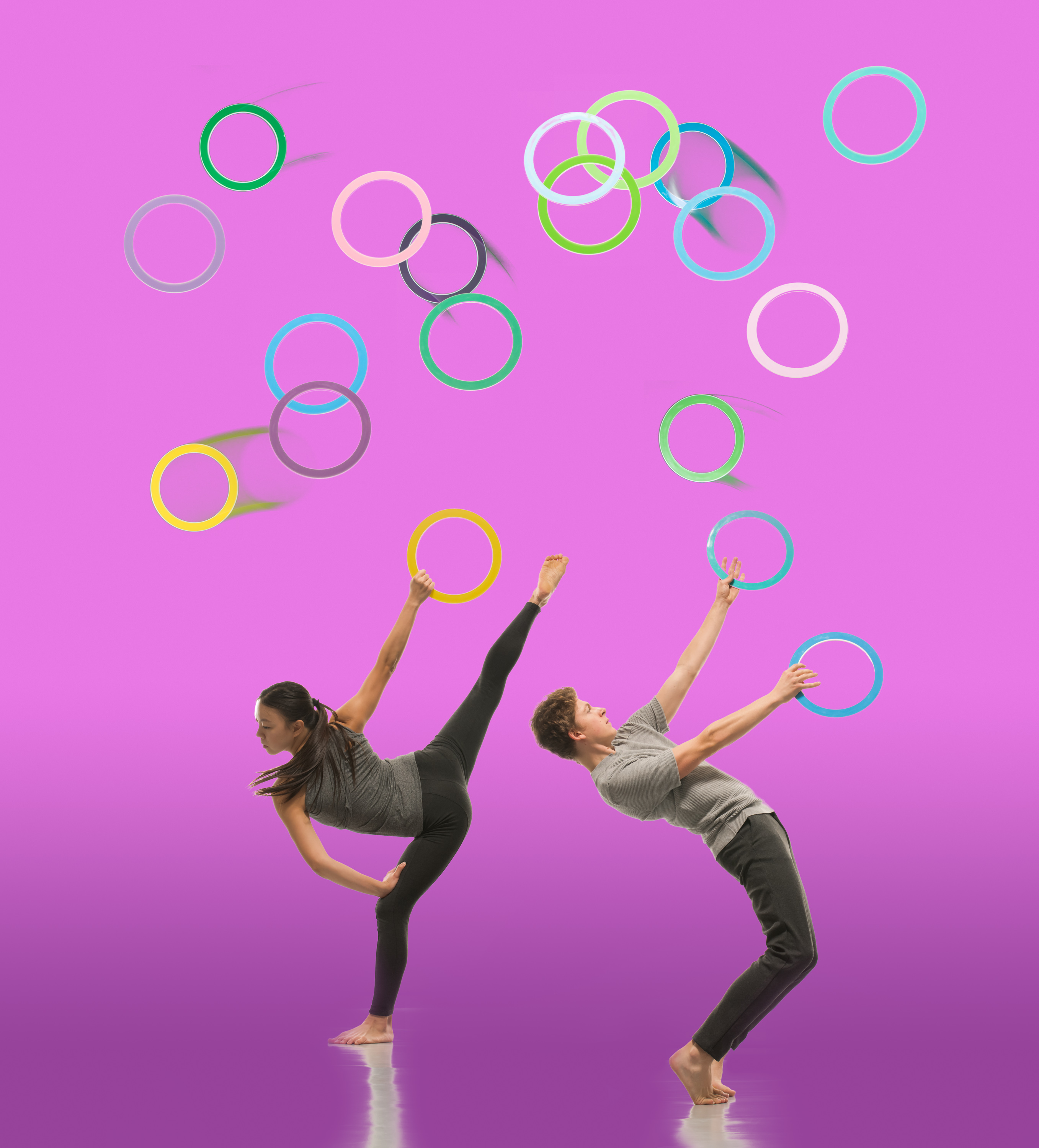 He had no training, but it was the clubs and balls that won. For two years he had a pitch in front of St Paul’s church in Covent Garden, and in the audience he met a 19-year-old Finnish former gymnast, here as an au pair. “She’d never seen juggling and asked if she could have a go. She did a forwards-backwards thing and I thought ‘my god!’ She was a natural”. She is now his wife and partner, Kati Ylä-Hokkala, and in 1992 they co-founded Gandini Juggling.

They worked with the pioneering physical theatre company Ra Ra Zoo, and then teamed up with the innovative dancer and teacher Gill Clarke (who died in 2011) with whom they experimented integrating dance and juggling. In the last 25 years Gandini Juggling have created more than 30 productions, preformed in over 5,000 shows and toured to 50 countries.

They were part of the Millennium Dome show that ran throughout 2000, working closely with Circus Space and other performers when circus here was not even a recognised art form. They were part of the mesmerisingly complex closing ceremony for the 2012 Olympics, and then were invited by the National Theatre to create a piece for its celebration of the choreographer and dancer Pina Bausch. “We made a half-hour piece in a week, and it caught the public imagination and went viral” – Smashedis still running with something of a cult following, and has just had its New York premiere.

Spring is Gandini’s most ambitious project by far. He wanted to explore a partnership between juggling and sophisticated dance forms and the Royal Ballet helped get the first of the trilogy - “Rehearsing in Covent Garden studio, we could look down at the piazza where Kati and I started” he says. For the second, with Indian dance, Ylä-Hokkala has become a specialist in South Asians forms.

For the third, the most in-depth study, he talked to the choreographer who had just seen 4x4 Ephemeral Architectures, Alexander Whitley. “He has an incredible eye for detail and choreography” Gandini says. “I feel like I’m working with a master”, and his team of jugglers do daily class with Whitley’s dancers. They then talked to various composers and settled on Gabriel Prokoviev, grandson of the Russian composer. “We wanted edginess and modernity” Gandini says. “Gabriel sent us 50 pieces that had never been published, and we knew we had what we needed. It was a total collaboration from then on, with Guy Hoare’s lighting.

“The only narrative thread is perception of colour, black and white to 22 colours. Guy has lit all three pieces, an extraordinary achievement, and his signature is all over the piece.”

But in future Gandini Juggling, born and bred in London, may only appear here as a visitor.  Support for juggling and circus in this country is always lagged behind that in France - audiences of 600 in a Brittany village hall is average, while 200 at the Lowry Centre is good. As for all circus acts and dance troupes, easy transit between countries is essential, and if Brexit imposes prohibitive checks Gandini Juggling will decamp to Paris – “I adore London, I’ve been here for 30 years, but if it comes to the worst we will have no choice but to go. We hope with all our hearts it doesn’t come to that”.