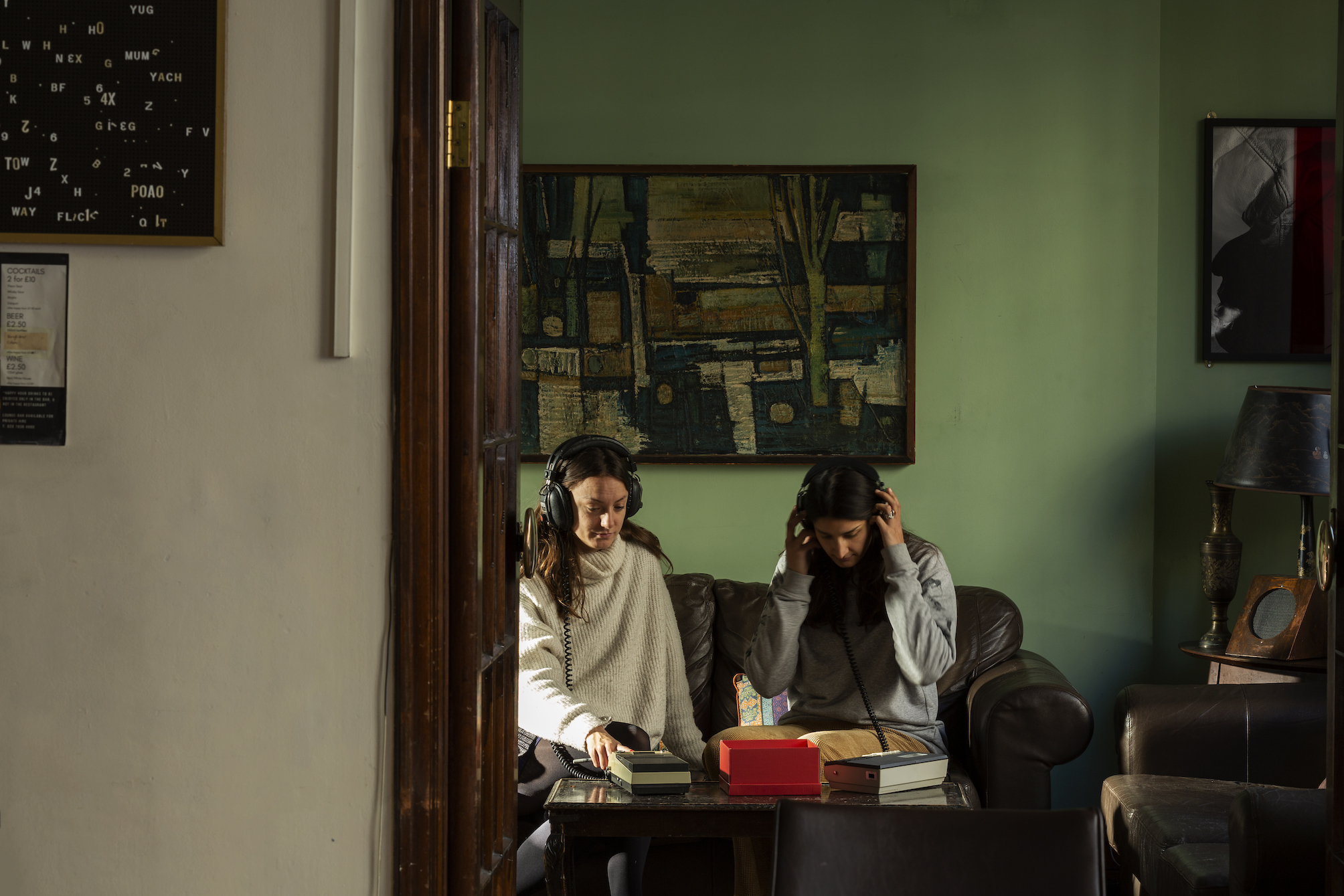 The India Club is not architecturally notable. Its decorations are steadfastly 1960s drab, and diners happily eat off unadorned Formica table tops; there is no piped music or flock wallpaper to characterise it. Yet history hangs in festoons from the anonymous grey ceiling.

A National Trust exhibition opening tomorrow (January 30) in the club’s bar tells the extraordinary story of the place where two generations ago Indian and British cultures met and embraced.

It was established after India’s independence, originally in Craven Street near Charing Cross Station, by the first High Commissioner Krishna Menon, and its first patrons were Countess Mountbatten, whose husband had been the last Governor of India, and the first Indian Prime Minister Jawaharlal Nehru.

“This was our haven” says Krishna Ghosh, who came to London on her marriage in 1966. “It was the first place to feel like a home from home, where we could also welcome our British friends who liked to come here”. She is one of the 20 individuals interviewed by the National Trust for the project, and one of ten stories chosen to be related in the exhibition. The interviews were conducted by National Trust volunteers over the summer and autumn in the latest of the trust’s off-property initiatives in London designed to tell inclusive and plural histories as well as helping to preserve special places relevant to urban audiences. 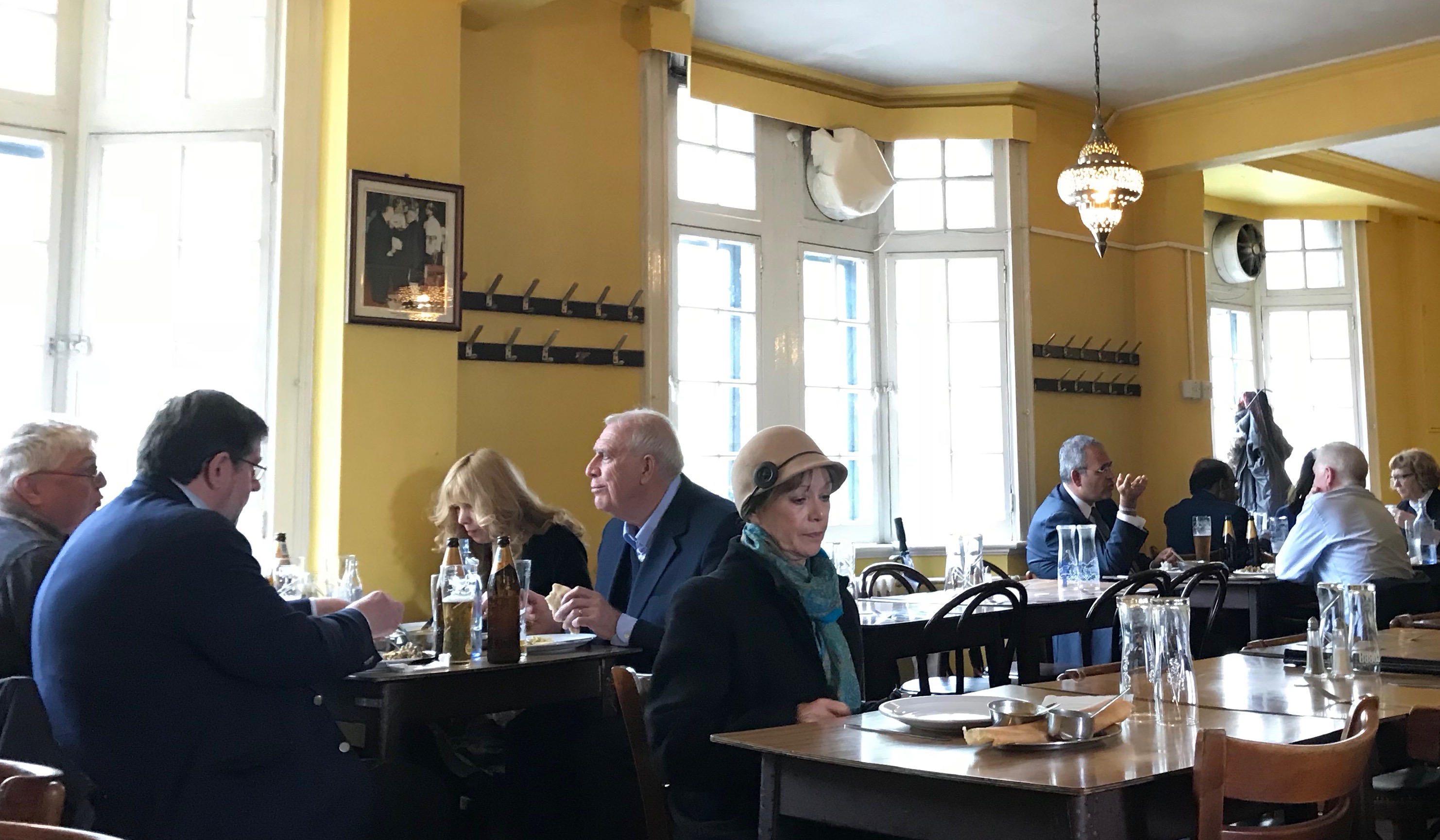 Main image, visitors to the Indian Club listen to its oral history

The India Club was an extension of the Indian League, founded by Menon to foster good relations between Indians and Britons after independence in 1947. He set up the club in 1952, and in the late 50s it was moved to 143 The Strand on the first and second floors of a small hotel close to the Indian High Commission in The Aldwych. Its clubroom, where the temporary exhibition now is, was augmented in 1963 by the restaurant whose reputation quickly grew for the excellence of its food – it was one of the first Indian restaurants in Britain - and it is sought after now by lovers of, particularly, South Indian cuisine (Menon was from South India and insisted on home cooking).

Menon would often sit at the bar drinking tea while his English assistant and Indian League secretary Bridget Tunnard acted as club manager. It was an essential calling point for visiting Indian dignitaries, and many high level semi-formal meetings took place in the silly-furnished rooms. The exhibition has the memories of a waitress for 26 years, the late Doris Mennell, and its most famous head waiter, Joseph Gyanapraksan, fondly remembered by the present managers Yadgar Marker and his daughter Phiroza. “Joseph was here for 40 years, and there was also a wealthy Polish lady, Kristina, who didn’t need to work but was a waitress here for many years because she loved the place” Marker recalls.

In its early days the India Club was an informal social centre, almost an annexe of the high commission, while also nearby was Bush House, for long the home of the BBC World Service whose journalists turned the establishment into a kind of press club. 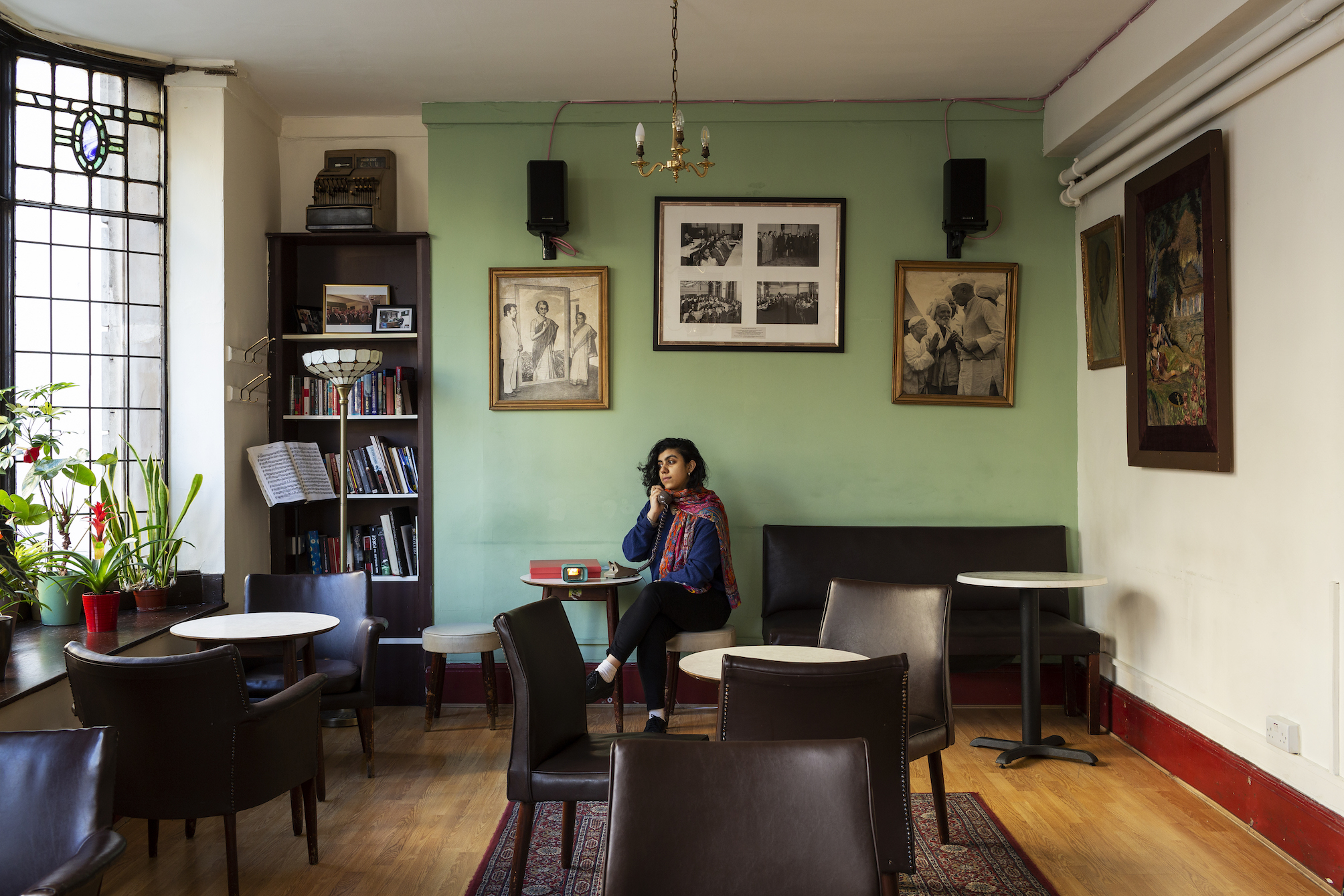 The club had continued quietly and unchanged for more than half a century when it hit the news last year. The freeholder of the property was eager to turn it into a new boutique hotel, meaning the end of the India Club. Its popularity was quickly underlined when a petition to save it got 26,000 signatures, and when the owner’s planning application came before Westminster Council it was turned down, partly on the grounds that it had become “an asset of community value”. But that may not save it. A more important influence would be Historic England listing, but an application was turned down because the club was judged not to meet criteria of historic or architectural interest. A new planning application is likely to be submitted.

It was that campaign that caught the eye of the National Trust, however. “We found that it was so much more than a restaurant” said the trust’s Laura Carderera, who co-ordinated the oral interviews. “It was a ‘home away from home’ – an expression that people kept using, meaning a haven when they had just arrived in London. It was also a free legal aid bureau, an umbrella organisation for a range of groups serving migrants, dancers using it as rehearsal space, and for journalists a second canteen. And you meet such interesting people there.

“It was a story we felt we just had to tell.”

Home Away from Home: The India Club is at 143 The Strand until March 1.