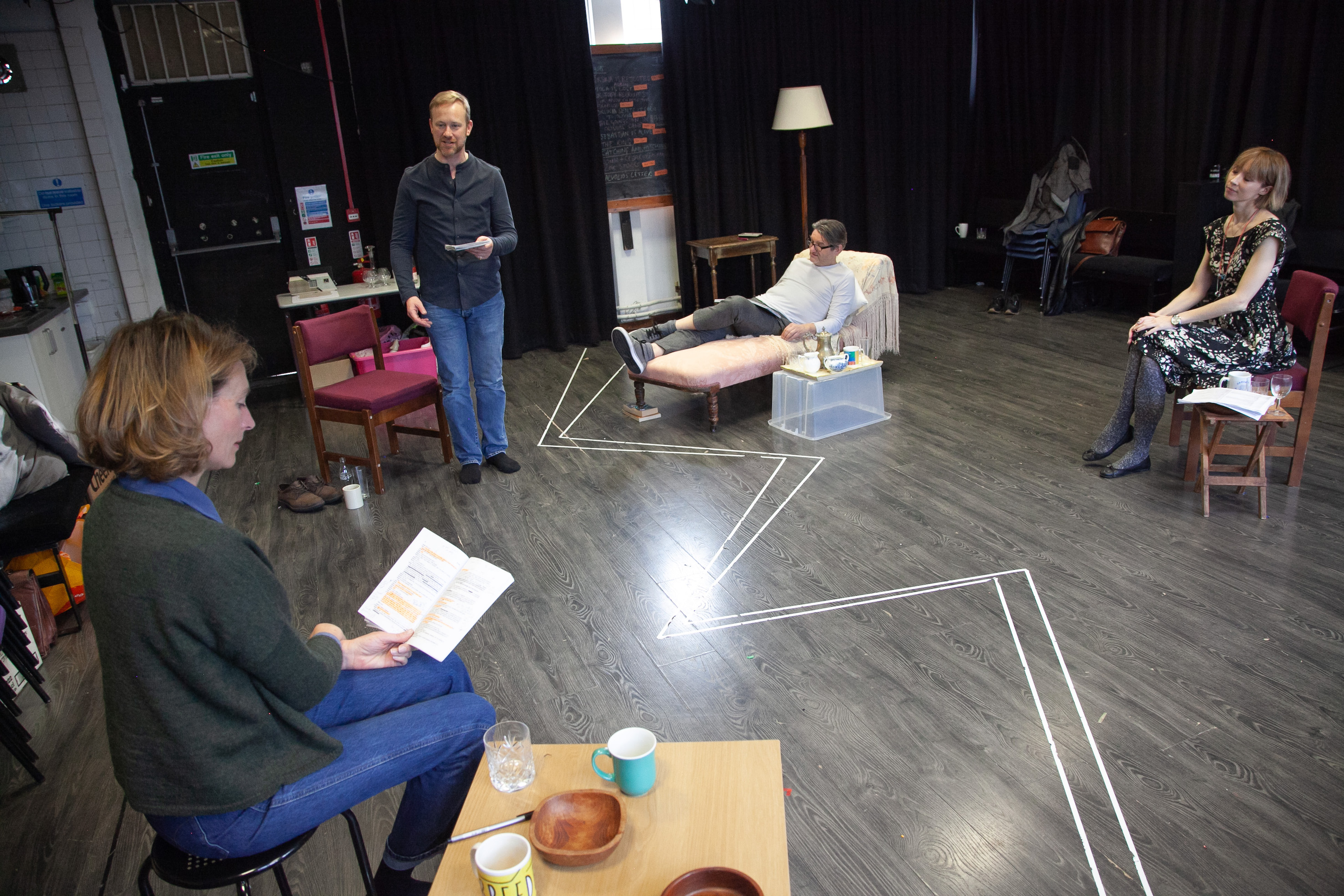 The husband-and-wife team of Tricia Thorns and Graham Cowley, who operate as Two’s Company, rediscover a forgotten 20thcentury theatre masterpieces and produce them. Their latest, as Simon Tait discovers, is a James Saunders gem

James Saunders’s Bodiesstarted its public life more than 40 years ago in a room above a pub in Wimbledon, and was a minor sensation when it transferred to the Hampstead Theatre and then to the West End for a year’s run, starring Dinsdale Landen. Then it was forgotten.

Well, not quite. It had a brief revival at its birthplace, the Orange Tree, in 1996, and it comes back to life next week when it opens at the Southwark Playhouse, its 1977 script scrupulously restored.

It is the latest resurrection of Two’s Company, the husband-and-wife production team of Tricia Thorns and Graham Cowley that for 16 years has been finding good and almost lost 20th century dramas, giving them new life - but as they were written, not up-dated, because they believe the original will have a resonance now.

“There’s no use of hindsight, you can’t draw conclusions or lessons, but you see the play in a different light from what it would have been then” says Cowley.

Cowley was the Royal Court’s general manager and a producer often working alongside Max Stafford-Clark with whom he co-founded Out of Joint; Thorns, the director of the pair, was an actress with credits on popular TV dramas like A Touch of Frost,Darling Buds of May, Keeping Up Appearances, Emmerdale and The Bill who now keeps herself to the other side of the footlights. They've been married for getting on for 50 years.

They’d both been in a production of RC Sheriff’s First World War play Journey’s End, and reminiscing over it they wondered what other plays of the Great War had been written and could be revived – one was Black ’Ell, an anti-war piece written in 1916 by Miles Malleson, the character actor ubiquitous in British film comedies of the 40s and 50s – and compiled a series with their friend and associate the actor/director Ian Talbot.

Then, beyond the 1914-18 parameter, they found a bottomless treasure chest.

Among the most successful was the 1931 John Van Druten play London Wall, which began its renaissance at the Finborough in 2013 and then transferred to the West End. Like Saunders Van Druten was famous in his time, then forgotten; as was N C Hunter, whose A Day at the SeaTwo’s Company successfully put on at the Southwark Playhouse in 2017.

Bodies is an intricate, intimate, four-hander. Two couples had been close friends, then swapped partners for a while before swapping back again. They meet for dinner ten years later, dissect and try to reassemble their lives separately and together. It is a small masterpiece of dialogue and character-making, which after its London run went to Off-Broadway and was reviewed by the New York Times whose critic said it “operates on a double frequency, as an excoriating study of modern marriage and as a sardonic disputation on the price of emotional adjustment and on creativity as symptomatic of neurosis”.

Nevertheless, it is a comedy, and it had come to light after a conversation about the Hunter play with The Stage’s Nick Smurthwaite who mentioned Saunders as a once-popular-now-forgotten playwright (he died in 2004) who had created some revivable scripts, “and this one just leapt out at us” says Thorns. Both Cowley and Thorns had been in Saunders plays but had never met the author.

Bodies was first produced by the Orange Tree in Wimbledon, directed by Sam Walters, artistic director of the theatre for 42 years before his retirement in 2014. In 1977 Walters’s company, with its carefully nurtured reputation for presenting new plays of quality and reviving older ones, was still above the Orange Tree pub, its own 180-seat playhouse not opening until 1991, and Saunders was effectively the house playwright.

“I committed to doing it before it was finished, probably before he'd started it” Walters recalls. “In fact, we began rehearsing without it being entirely completed. We did everything he wrote in the 1970s and 80s, but Bodies was the first full length play he wrote for us”. It was a time when, he says, there was “a lot of therapy going on” in middle class households, and even Saunders was having weekly psychoanalysis.

“It is an extraordinary piece of writing and exciting to play and to see. It will be interesting to see how audiences take to it today” Walters says. “It must surely still be relevant as we are always, constantly, trying to sort out our messy lives, and therapists are still with us.”

But re-presenting it, says Tricia Thorns, is not a matter of handing out the scripts and conducting the ensemble. She and Cowley have created a whole backstory which never appears in the script but is essential for the actors to get into such complex roles. They know the characters’ dates of birth, their education, where they first met – the men met at an Ealing cricket club in 1954 – and their children’s ages and names even though there is barely a passing reference to them in the narrative.

Each production costs up to £70,000 and despite the loyalty of supporters and sponsors such as the West End producer Karl Sydow and Tilly Films, fundraising is a major part of what Cowley does as producer; they have a cardinal rule to always pay proper rates to casts and production teams.

Two’s Company has developed, if not an ensemble, a circle of friends who have worked on these productions over the years. At very short notice at Southwark last November Thorns and Cowley put on a special Sunday evening show of First World War snippets of poetry, prose, sketches, music and gags to raise money for the centenary Poppy Appeal and for Southwark Playhouse’s approaching move to a new venue nearby. They hoped half a dozen or so performers might turn up, and on the night they had to find room on the bill for 26. “It’s a sort of a club, they’re all friends now, they’ve all been to each other’s weddings, and they all come to our shows” Thorns says.

They are committed to Southwark Playhouse which will move to a new venue being built at the Elephant and Castle at the end of this year, so that Two’s Company’s next production will probably be in the new house, and they would like it to be Now Barabbas, William Douglas-Home’s 1949 prison drama, if they can get funding for a cast of 20.

So far there have been ten plays in the company’s canon.“Which am I most pleased with?” says Cowley. “The one I’m engaged on at the moment is always the best.”