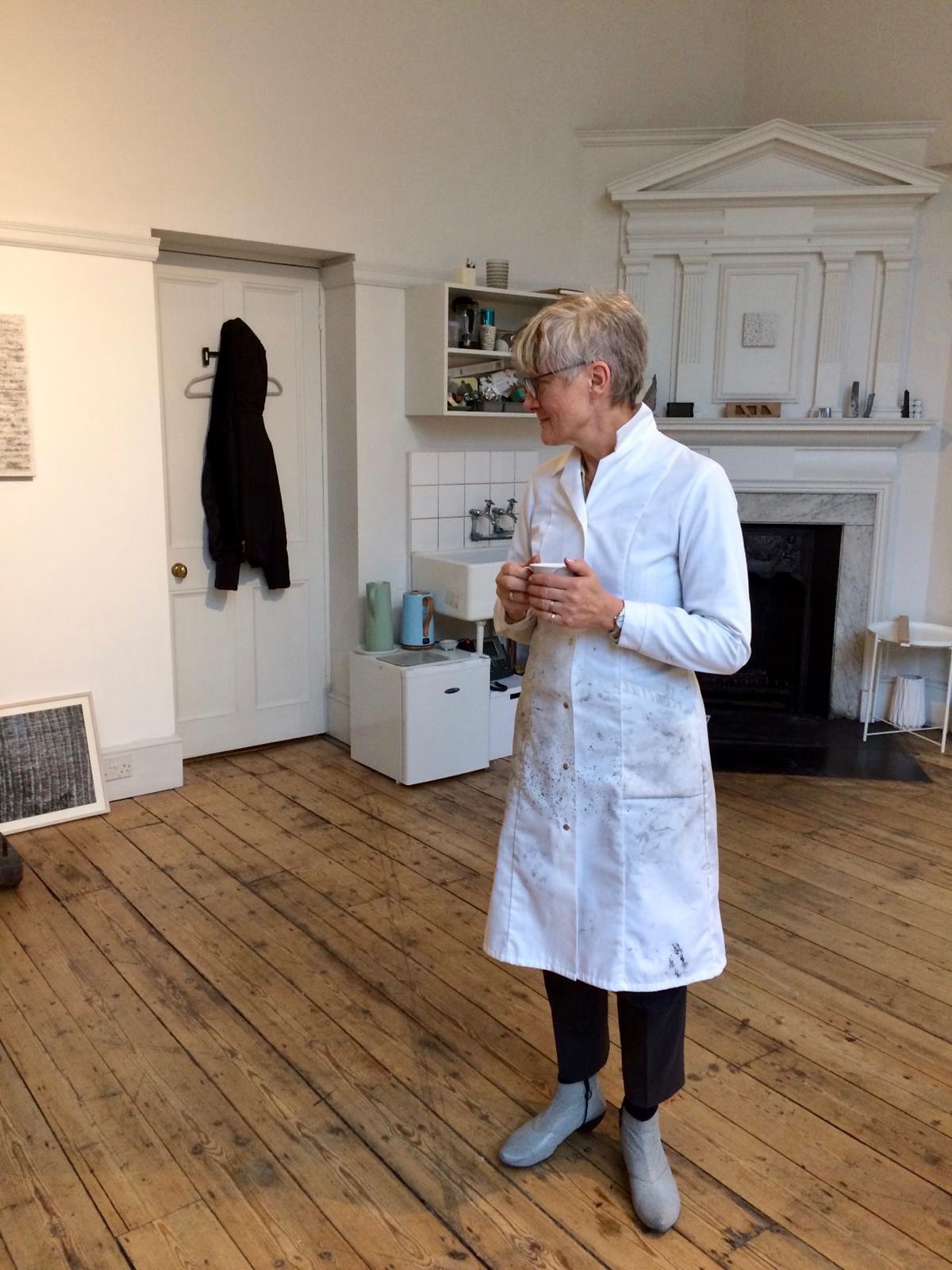 Rebecca Salter is completely at home in her studio. It’s painted all-over white, even to the neo-classical fireplace, and though it predates her it's an appropriate décor for her ethereal dreamy abstract canvasses. It’s furnished with a balcony so that she can inspect her work, often painted on the pine floor, from on high; and a dark, almost secret, narrow backstairs, behind lock and key.

But it’s a home from home, because this is the studio and domain of the Keeper of the Royal Academy, and though she isn’t the first woman to get the job her predecessor, Eileen Cooper, was and Salter is consolidating a long overdue change in the order.

The Royal Academy was male dominated for most of its 250 years (the staircase was for models to be sneaked in and out). Despite there having been two female founders 250 years ago, there were no more women RAs until 1936; in 1980 there were only eight, and the first woman student was not admitted until 1860. Of the 76 Royal Academicians today, 27 are women: “not 50-50 yet, but it’s progress” Salter says.

An RA since 2014 she was elected Keeper in 2017, and this is her sanctuary. She can come in at 8am and do a couple of hours on her own work before the demands of the academy take over. She tends to do her drawing here, more interruptible than painting, and paints at her own Finsbury Park studio. She is supposed to do two days a week in this honorary role, but it’s more like four, often 12 or 14 hours each with evening events to preside over.

As the President’s deputy she is the second most senior Royal Academician and is up for re-election every three years for a maximum of nine. The other senior officers of the RA are the Treasurer, also honorary and elected by the members, and the Secretary, an employee with the more modern title now of chief executive. The RA is a Royal Peculiar in that it is in the possession of the monarch; it’s the nation’s oldest art college and receives no subsidy.

Salter’s appointment came a few months before the opening last May of the £56m expansion of the RA to take in the Burlington Gardens building in a breath-takingly bravura design by David Chipperfield, but in time for her to roll her sleeves up for the more modest but, to her, no less crucial Royal Academy Schools development launched recently with the President, Christopher Le Brun. It will see the RA’s emphasis veering back from exhibition to education, as it was at the beginning. 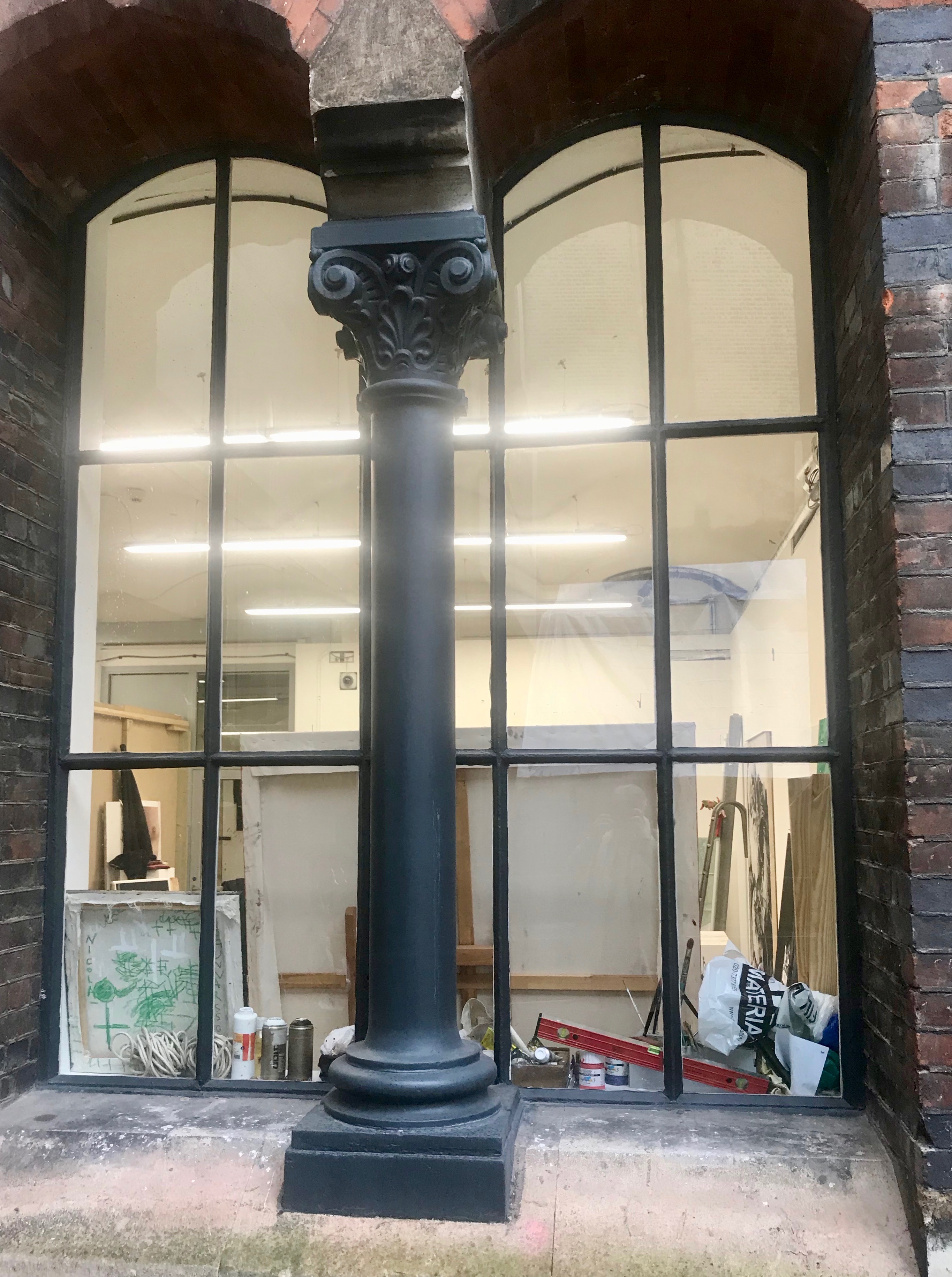 The adaptation of 6 Burlington Gardens, built in 1867, opens a “vault link” between the two buildings, taking visitors through the schools and bringing the 60 students blinking into the public air for the first time.The development joining the two buildings is, she says, a huge watershed in the history of the Royal Academy. “When you look at the nature of the two spaces, they’re very different” says the Keeper. “Burlington House is basically an art gallery shoe-horned into a country house, and when you come into it you whoosh straight up the grand staircase, there’s no public space. When you come into Burlington Gardens from the other side it’s quite different because this was designed for the University of London with all this space for people to mill around, so I think the potential is for it to be used differently to get a completely different audience, maybe staying open till ten at night.

“But that’s something for the new CEO to think about” – Sir Charles Saumarez Smith stood down at the end of last year and he is to be succeeded by Axel Rüger, director of Amsterdam’s Van Gogh Museum.

The RA was founded by George III in December 1768 and a few days later the members returned to create the schools. The Summer Exhibition was founded later to help pay for running the schools in the absence of student fees, another enduring uniqueness of the place. The RA spent its formative years mostly in Somerset House, and came to the Palladian former home of the Earl of Burlington in Piccadilly a century after its foundation, in 1868.

Salter is often wrongly called Keeper of the Royal Academy Schools, an easy mistake to make because she is also effectively the post-graduate art college’s principal. She is in the middle of interviewing for next year’s intake – 767 applicants for scholarships reduced to 65 interviewees of whom probably 14 will be selected – a job she takes more seriously than any other.

“Being accepted here (as a student) is life changing, so it's a big decision for us because we’re betting our money on them; for every one of them I’ve got to commit £20,000 a year minimum. For other universities it’s their money, here it’s ours” Salter says. That’s £1.2m.

Rebecca Salter is a truly international painter, almost as popular in the United States as she is here. She trained at Bristol Polytechnic, initially as a ceramicist, and then went to Japan to study print techniques and wood block printing, staying for six years. Along with fluency in Japanese she brought back an expertise in Japanese print-making which she passed on through two publications that have become text books, and teaching at, among other places, Camberwell College of Arts. Now she is almost exclusively a painter whose international outlook is perfectly fitted, she says, to the RA.

Because despite its periods of inward-looking, she says, the RA has always had an international gaze. The first Keeper was Swiss, the second Italian, the third English, the fourth Swiss, and the first RAs had all been on the Continent and seen how it worked there. 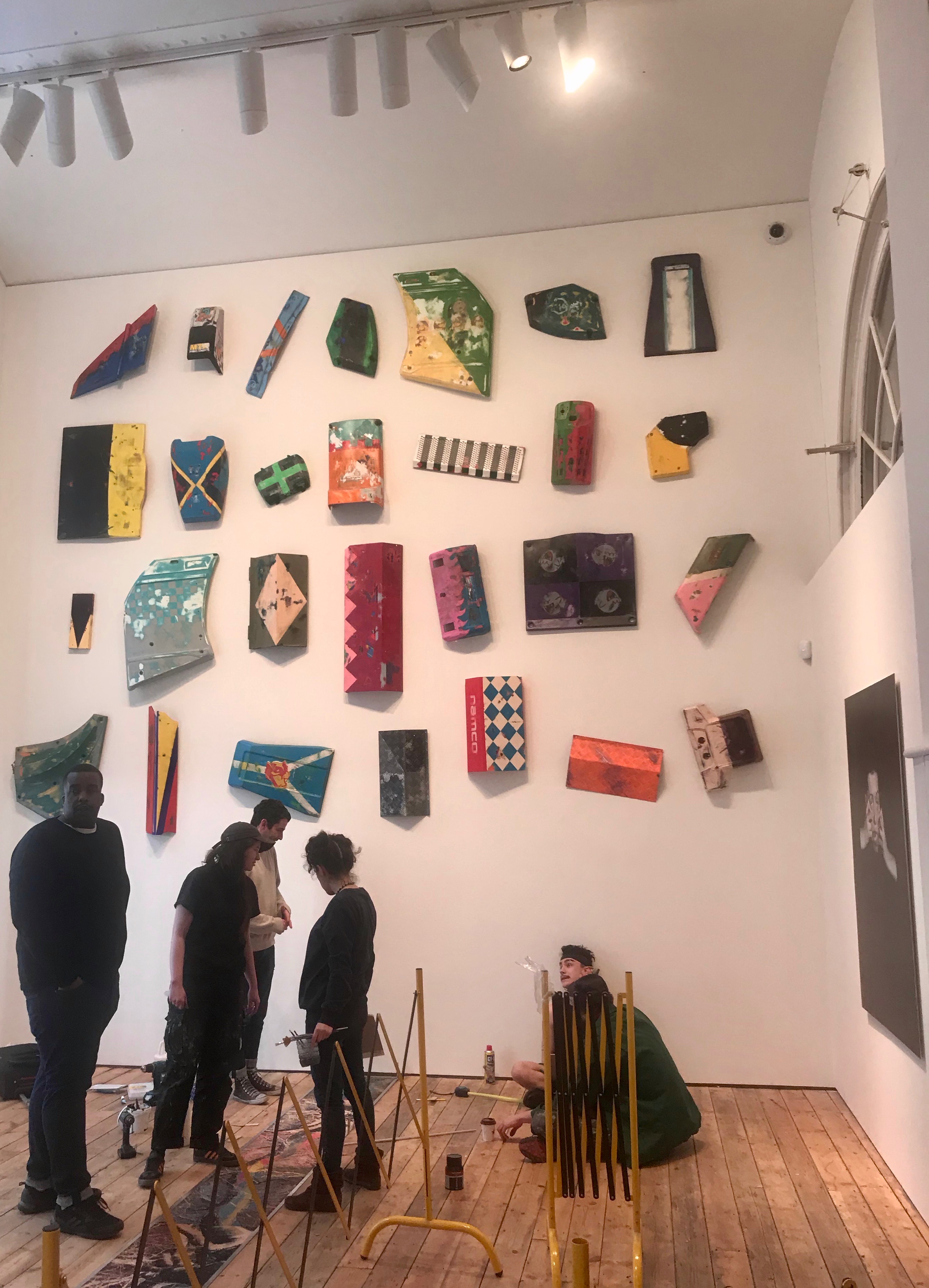 “Those guys back in 1768 didn’t found this place because they wanted to look backward, they founded it because they wanted to look forward” Salter says. “Apart from a slightly dead phase when we lost our way (in the 1950s and 60s), if you look at it now it’s completely international in its outlook. No student would want to come to a little British art school; the fact that we get 767 people wanting come here is because it’s multi-disciplinary and it’s very contemporary”.

The £15m schools development, also by Chipperfield, will see mezzanine infills and partitions removed in a Grade II* listed building, and crucially a row of new workshops to add to the offer. “The only thing we haven’t been asked for is glass-blowing, but I dare say that will come”. The planning now is to keep the whole complement on site - “campus” is somehow not the right word in this context - while the work goes on, because no-one wants to come to the historic RA Schools and find themselves decamped to an industrial estate in Walthamstow.

While Lord Burlington’s house has welcomed a series of exhibitions of historic importance to his salons, the blockbuster exhibitions are a fairly modern phenomenon for the RA. It brought the academy out of the long doldrums that followed the sensational remarks of a former President, Alfred Munnings, in a 1949 speech in which he railed against the corrupting influence of the “so-called modern art” of Cézanne, Matisse, and Picasso.

Exhibitions brought a new international audience and also a vital new source of income, but the RA’s focus shifted perceptibly from the needs of the schools and the educational and public operations became separate, something Salter and Le Brun are changing.

“Yes, it has been a bit ‘Upstairs Downstairs’” she says. “I think you're far stronger when you’re joined up, which is why we’re putting a lot of energy into the schools being right at the heart. The Academicians met on December the tenth to found the Academy and then came back on the second of January and founded the schools. To me that’s profoundly important – they founded them before the Summer Exhibition. The theory is that the Summer Exhibition was based on the model of the Foundling Hospital (established in the 1750s, when Hogarth gave two paintings to be prizes in a fundraising lottery), that artists could raise money to fund something worthwhile. But then the RA was not about exhibitions, it was about the schools.”

She has been surprised to find how lonely and isolated students tend to feel when they arrive because so much of their time has been spent in isolation online or working digitally. She sees the students being more involved in the Academy and with Academicians, and in the wider discourses about art – “and the Academicians’ discourses can be pretty robust” - which historically have always been a part of the RA. It also means these post-graduate students will learn practical disciplines they could not have on their undergraduate courses. “So they need to speak lots of languages, need to be able to speak to all sorts of people and be conversant” Salter says.

“What we're seeing is a shift in the whole essence of the place” the Keeper says. “It’s an academy, it was about learning, then it became all about exhibitions, but we're moving the dial back again.”