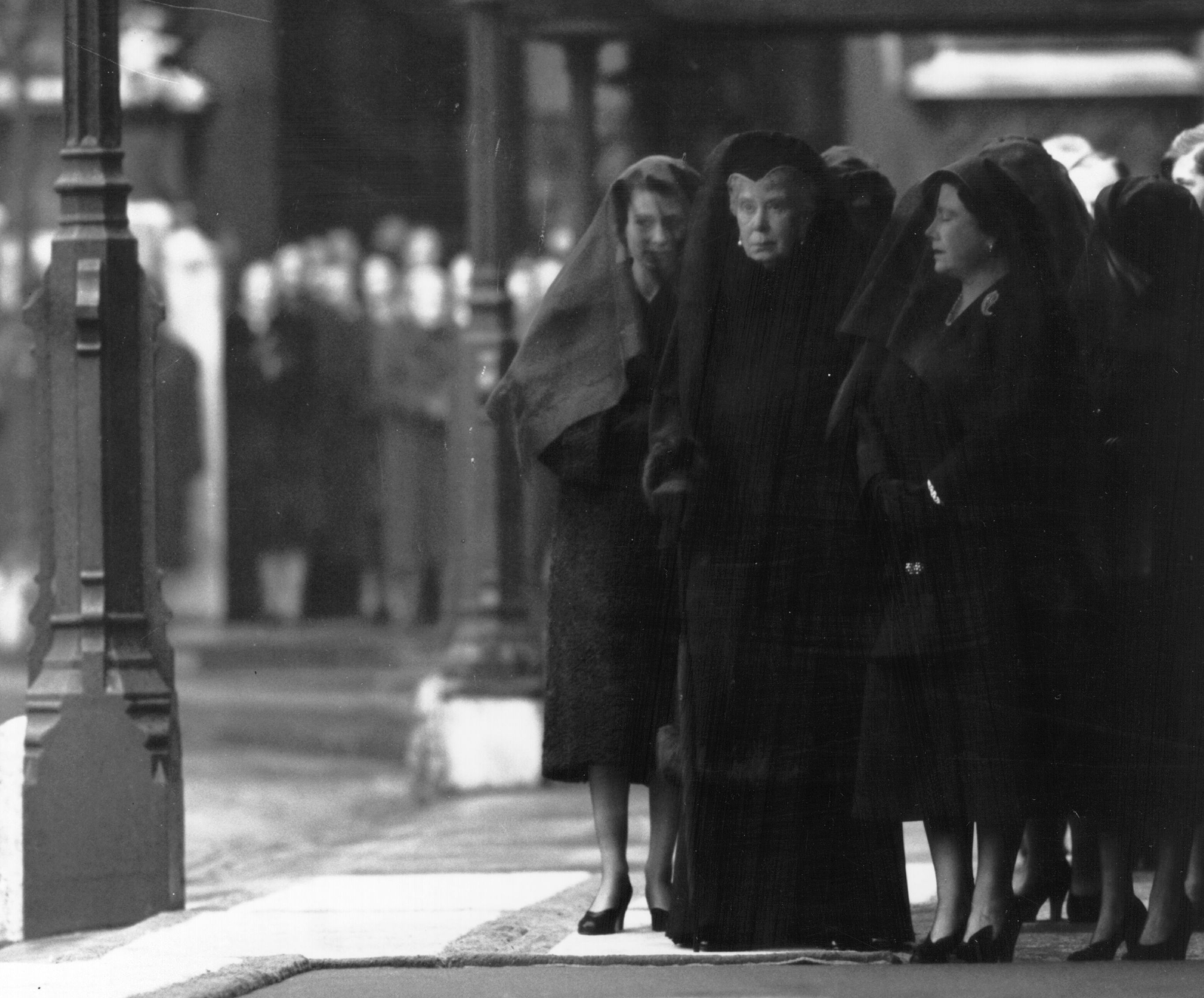 February 15, 1952, started as a routine day for photographer Ron Case, a staffer for the Keystone Press Agency. Ron, who died in 2008 aged 82, had been a Fleet Air Arm photographer before joining the Southern Evening Echo and then Fleet Street's Keystone.

On his arrival in the office he was presented with a change of assignment, and he was sent to cover the funeral of King George V1 at Westminster Hall.

Much to his dismay he had no passes or accreditation, and worst of all he had to use ancient equipment, a half-plate ex-RAF aerial reconnaissance camera, known to the lads as "The Coffin" because it was housed in a large wooden box.

“On arrival at Palace Yard Westminster, Ron set up the tripod only to find the mounting was broken. Searching around for something to rest the heavy camera on he spotted a pile of beer crates outside a nearby pub. Balancing the old camera and massive lens on the crates, he prepared to take pictures of the Royal Funeral. It was not ideal, but it would have to do.

“Unlike modern cameras, you couldn’t see the image through the lens. You had to guess the distance and hope the depth of field would keep it sharp.

“’Clunk’ went the ancient shutter as Ron fired off as many plates as he could. Not having a clue what he had captured on the glass plates, he sent them back to the office by dispatch rider. Thinking he had nothing decent, Ron returned to the office to be told that the boss wanted to see him urgently.

“Expecting a rollicking from the legendary Bertram Garai, boss and owner of Keystone, it was with some trepidation he entered the room. ‘Ron, you will never take a better picture than this’ said Bertram as he held up a print of the three veiled queens in mourning.”

The picture made the front page of every national paper in the UK and many around the world.

But there is a sequel to this tale.  This precious glass plate negative was dropped on the darkroom floor by a clumsy printer where it smashed to bits. Luckily, some prints had been made so all was not lost, but it was just another day at the office for Ron Case, a day on which he had produced an image that will never will be forgotten.