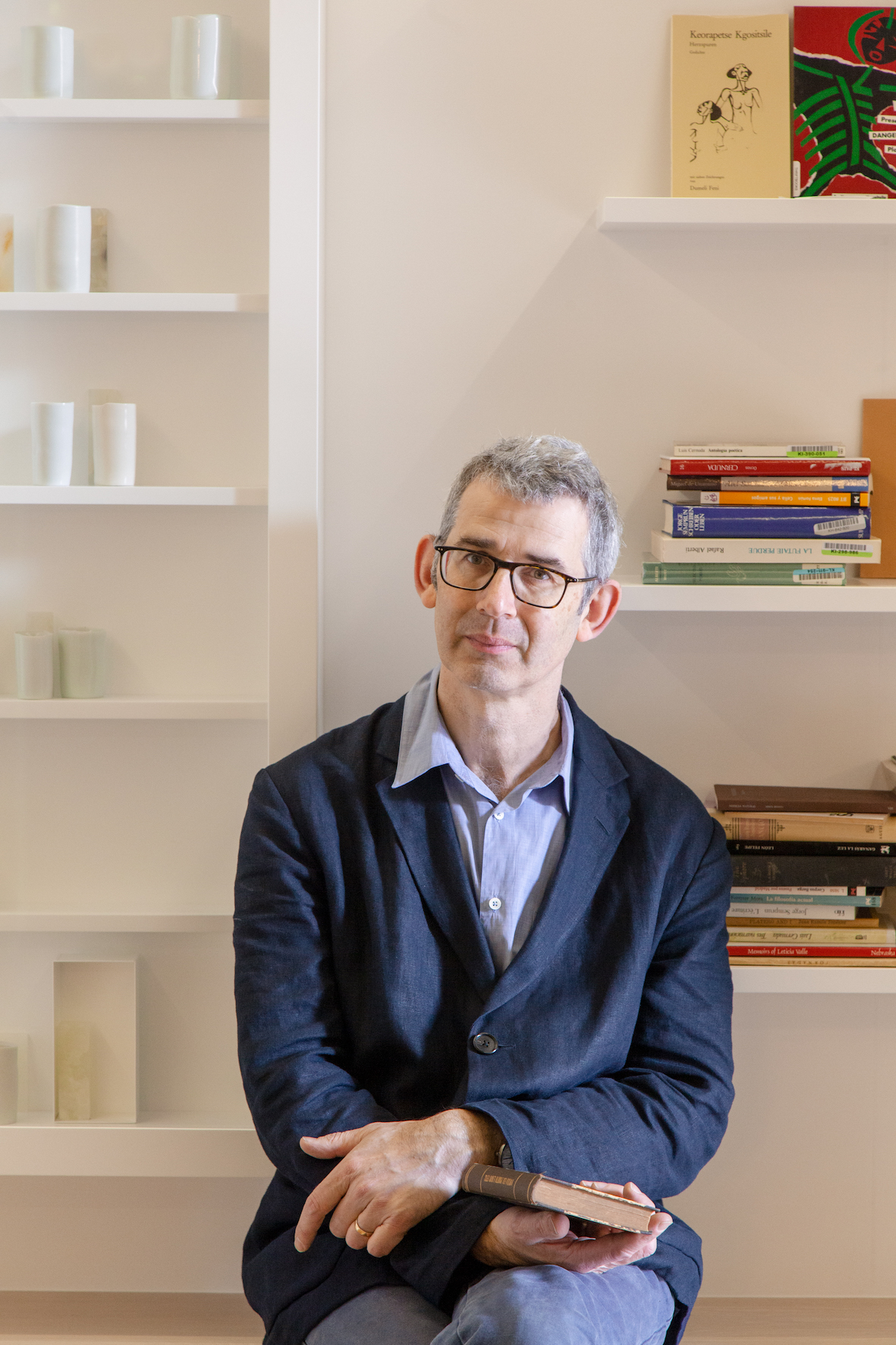 In the week before the Venice Biennale begins Edmund De Waal is opening his most heartfelt exhibition of his life in the least likely of venues. He talked to Simon Tait

Psalm, the piece of work Edmund De Waal says he has worked all his life towards, opens next week in a place that has been the crucible for much of modern Jewish history, the Venice Ghetto.

De Waal, son of a Jewish exile from Nazi Europe who became an Anglican and Dean of Canterbury Cathedral, wrote an award-winning book, The Hare with the Amber Eyes, about his family and his grandfather’s library in Vienna which was stolen by the Nazis. “My family is a family of exile that has moved over the last 150 years from one country to another, and now, thank God, we’re in Britain” De Waal says. “And so for me, the reality of trying to make something that is a personal exhibition around what exile means is, of course, serious and significant”.

Venice’s Ghetto was the first - the word is Italian and may be a short form of “borghetto” meaning small town. In a remote part of the archipelago the Ghetto was built in 1516, the first walled and guarded area designed to contain the Jewish community. Around the oldest of five synagogues there, the Scuola Canton, De Waal has placed ten recent works in porcelain, marble and gold, designed and placed to reflect the cultural heritage that grew and matured inside the community.

“Because actually there’s something else going on that’s so interesting, so vigorous and so powerful and contemporary. Inside the Ghetto you have people from 20 different countries coming together, you have so many different languages, you have the birth of an incredibly powerful impulse of translation - Venice is the heart of Renaissance translation. You have extraordinary poets, amazing music being written, theatre happening, so you have a completely other history which is going on.

“And do you know what, that’s not talked about.”

So he has made a series of installations which thread their way up through the Ghetto from the Jewish Museum there to the synagogue at the highest point. “It’s a kind of embedding” he says. “The psalms which are in all three Abrahamic religions, in the Jewish, Christian and Islamic traditions, because they are great songs of exile, great powerful songs - and I grew up with them, not in the synagogue because I grew up in Canterbury Cathedral listening to the psalms. They are devotional but also very angry, so they go through all these different moods”.

It has been created in his large South London studio, a suite of brilliant white spaces with only occasional cases of De Waal’s porcelain  pieces on the walls, and a lot of books. He works here, contemplates while listens ot music here, but above all – sitting in the “almost impossibly uncomfortable” Donald Judd chair – reads.

Psalm, De Waal says, is the first significant contemporary art event that has ever happened in the Ghetto, and there is a great deal of sensitivity around working in such sacred locations. “But this isn’t a neutral space, it has more personal investment in it than any other space. And therefore, what I wanted to do was really be in conversation with the place. And what I said right at the beginning was straight forward:  I wanted more people to come and see the spaces – there are  people who have been coming to Venice for ages who can tell you every single thing that’s gone into the Guggenheim, but who’ve never been to the Ghetto.” 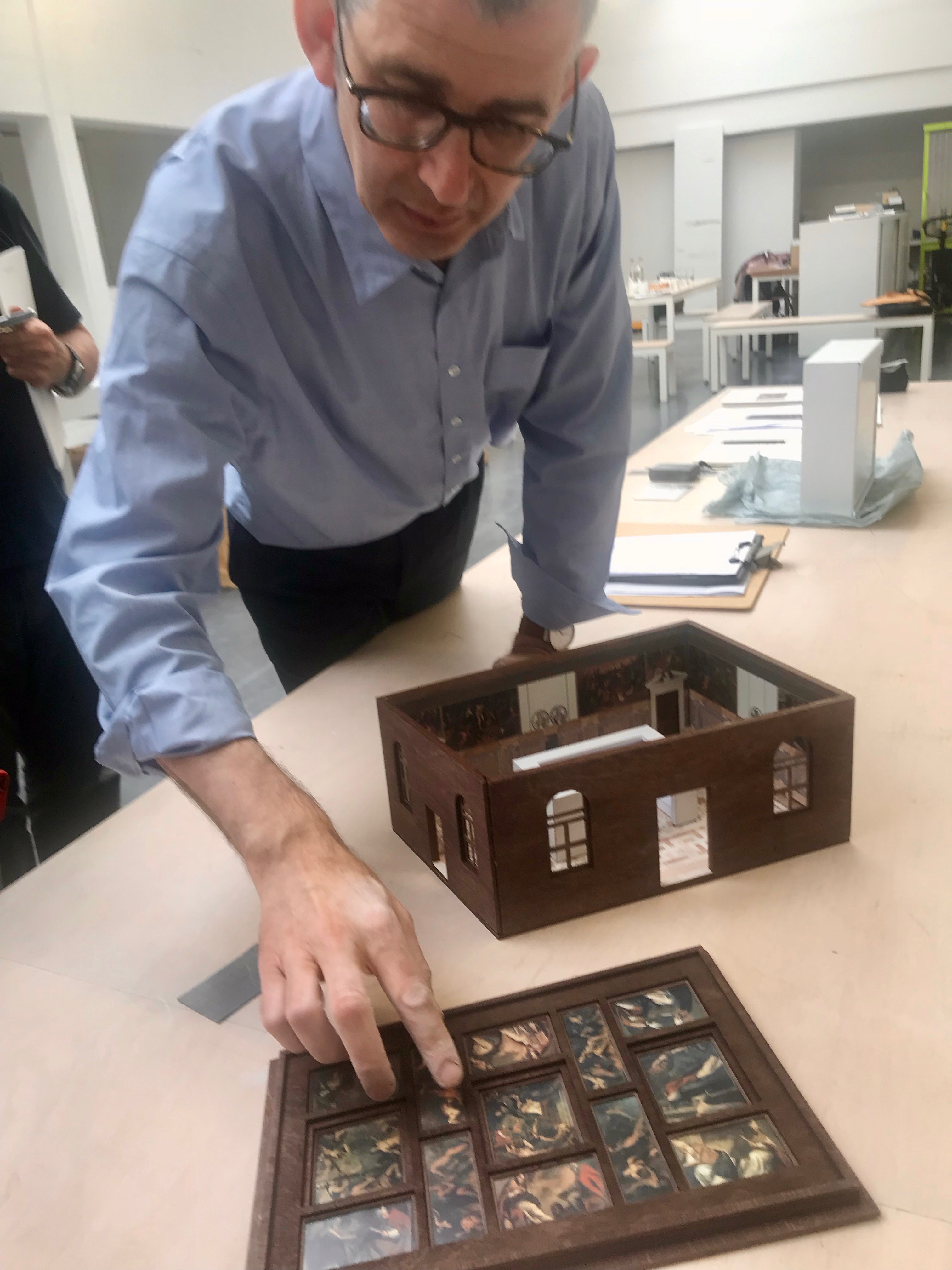 The other element of Psalm is his Library of Exile, 2,000 books arrayed in a pavilion built within Venice’s Ateneo Veneto, the 16thcentury cultural institute near La Fenice opera house that was a centre for discourse. The books, a third of which are from De Waal’s private collection, are all by exiles, from Ovid to the present day. The library is a study centre for the book as a symbol of exile.

“The walls are covered in porcelain slip, and then into walls is written a history of the lost libraries of the world, from Antioch and Alexandria, through Constantinople, through the ]destroyed Madrasah libraries, the 40 destroyed  libraries of the Second World War in Germany, my grandfather’s library in Vienna looted, all the way to Timbuktu and Mosel. That’s Elegiac but there’s an extraordinary iterative history of people trying to destroy books. The words of Heine are there, saying ‘Once start to burn books then they start to burn humans.”

It is a reference library and in the board of each book is an “ex libris” label, though De Waal knows that some will go astray – it's what always happens, he says. Writers will speak, the first being Ben Okri on Friday (May 3) to be followed by, among others, Philippe Sands and André Aciman. In September Mary Hoffman, the children’s author, will be in residence to write a book surrounded by children – “there will be 30 or 40 events, and it will be the noisiest library you could dream of” De Waal says. A new dance by Filippo Michelangelo Ceredi, responding to the project, will be performed there in July.

“My library in the Ateneo will be the most significant sculpture of my life” he says, and the library is expected to have a permanent home at a institution to be announced. “It will be a new library reflecting Venice’s thousand years as a place of translation, and place to sit and read and be.”

The 2019 Venice Biennale runs from May 11thto November 24th.