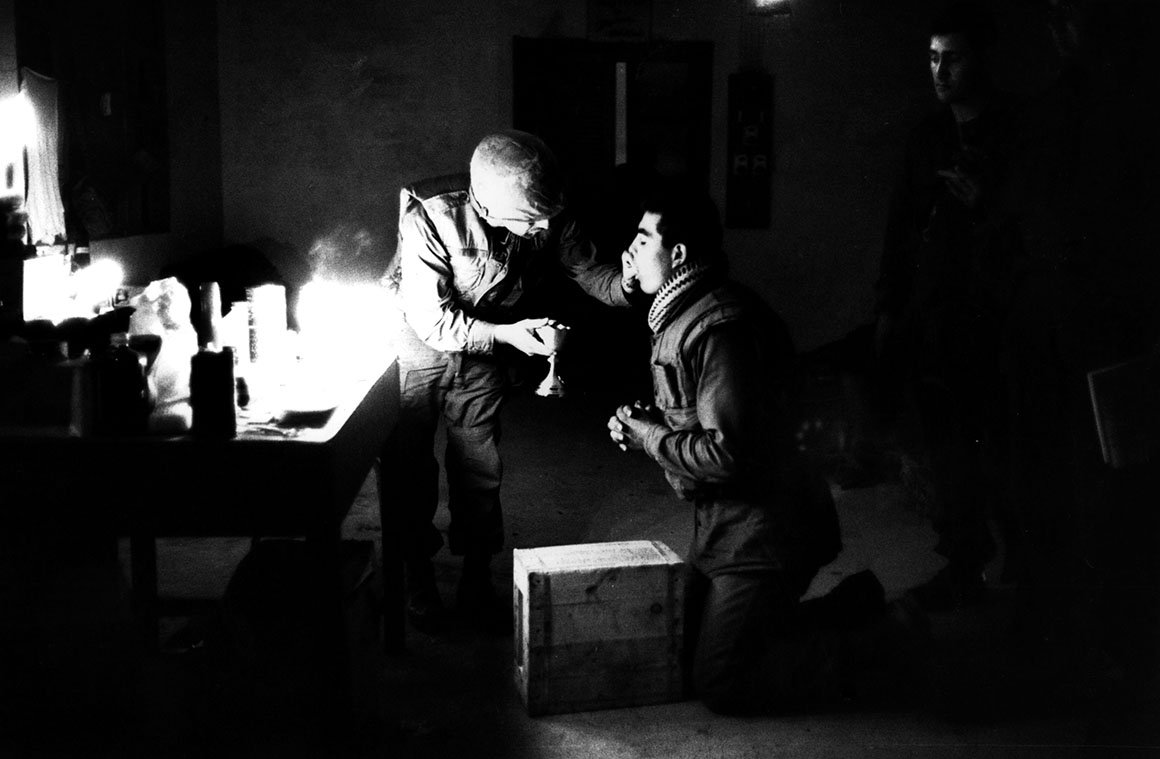 The siege of Hue, Vietnam, January-March 1968, by Terry Fincher

Within a few years of photography’s arrival it was deployed at war. Its first campaign was to the wars between the USA and Mexico between 1846 and 1847, although some of the work still exists is sadly anonymous. Crimea was the next campaign and the first known photographer was Hungarian, Carol Popp de Szathmari, a painter and photographer who decided to follow the drum and take pictures of the conflict between Russia and Turkey which became known as the Crimean War.

At this point we introduce British photographer Roger Fenton who in 1854 was encouraged to go to Crimea by British Secretary of State for War, Henry Pelham-Clinton. The war was unpopular at home and the establishment was hoping to win the public over with some positive images.

Sensing the possibility of a profit, Fenton set off to cover the Crimean War, and perhaps for the first time photography was being used to alter the public attitude. It was certainly not the last. Through Crimea, the First World War and the Spanish Civil War photographers working sometimes with a biased eye showed a story that was more acceptable to the folks back home.

By Vietnam the war photographer was a respected part of the battlefield scenery, and genuinely welcomed by the American government which was keen to encourage people to see their side of the argument -  and by the time things were going badly it was too late to censor press photographers working in the conflict.

This picture was taken by Daily Express photographer Terry Fincher and shows Marine chaplain Eli Tavesian giving communion to marine Louis A Lova at a forward command post during the siege of Hue, which lasted between January and March of 1968 and was one of the longest battles of the war. Fincher did five tours of Vietnam.

Lifetime friend Bob Aylott tells a story about photographers Fincher and Larry Burrows. They shared a trench together in April 1968. Their position came under artillery fire and the two dug in to spend the night in a shallow trench. Next morning, they discovered they were surrounded by dead bodies. As helicopters came and went the two considered leaving the position, but decided to stay and dig their trench deeper, with covers to keep the rain out.

That night the shelling resumed, heavier than the night before, and at dawn Terry turned and asked Burrows what they should do. Burrows looked up at the dark sky, pondered for a moment, and said: “Exposure one second at f2.8…"