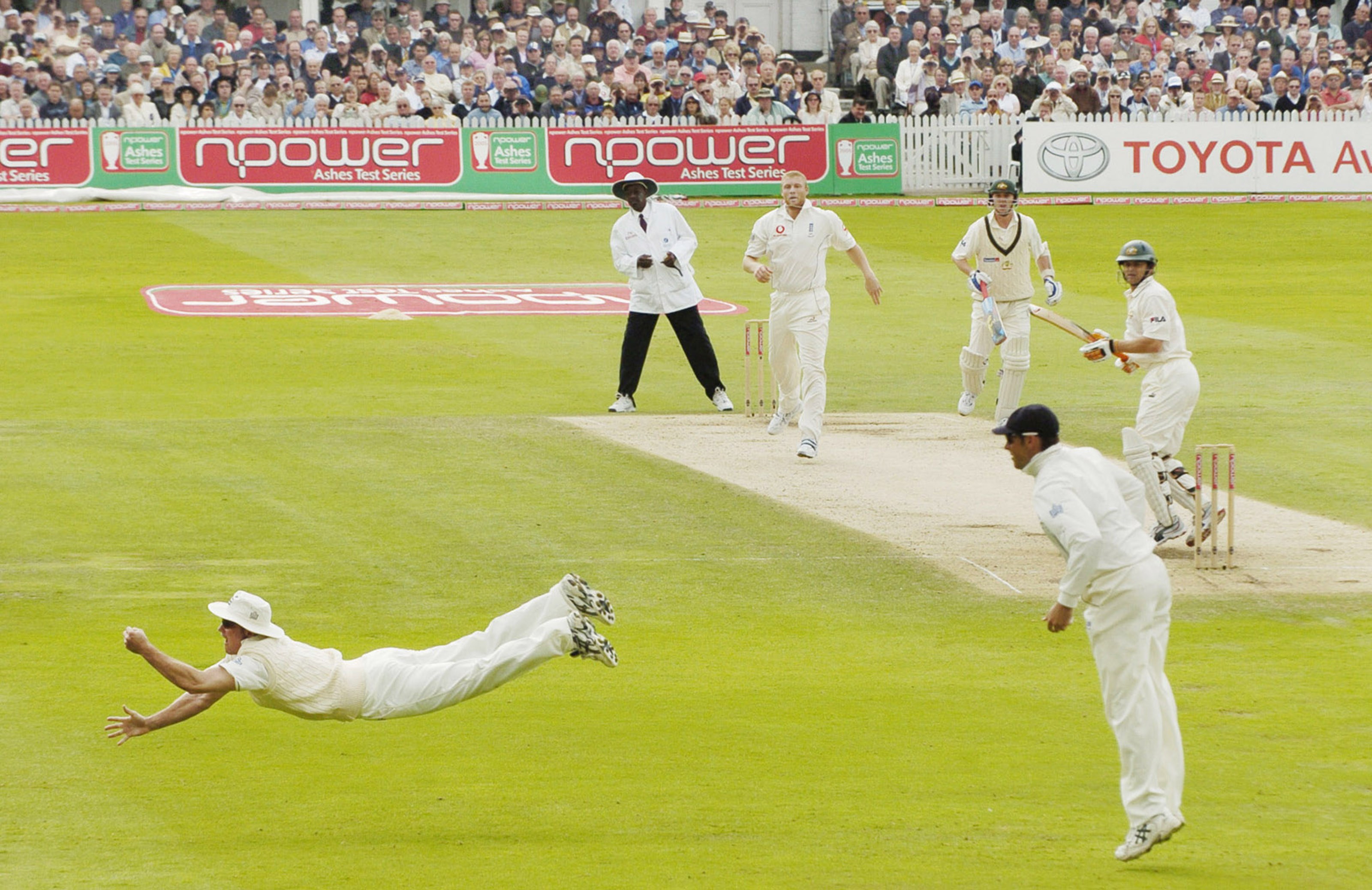 Summer’s arrival heralds the beginning of the cricket season, and this year the ICC Cricket World Cup will be dominating the sporting calendar.

Cricket photography has changed greatly. Until the 70s cricket photography was monopolised by Central Press Photos and Sport and General press agencies who had exclusive access to Test match grounds, but in 1972 the grounds were opened by the Test and County Cricket Board to allow other photographers to work, with permits, around the grounds during Test matches.

Photographers were told that there were specific positions from which they could work so as not to disturb the players or the paying spectators.

David Ashdown, who worked for the Independent for 25 years as their chief sports photographer, took this fantastic picture of Andrew Strauss diving to catch the ball during the 2005 Ashes Test match at Trent Bridge between England and Australia.

David describes this as the best picture in his career.

England were already in a dominant position by day three having put on 477 during their first innings, including a hundred-run opening partnership between Strauss and Marcus Trescothick and an Andrew Flintoff century.

With Australia struggling to make a significant reply at 314 behind, Adam Gilchrist on 27 and Michael Kasprowicz on 1, and England were searching for an eight wicket .

What happened next was a stunning act of acrobatics by Strauss catching Gilchrist, and was captured perfectly by Ashdown, who says that the position he took the picture from was one not normally used by photographers because it rarely produced a good picture.

‘’I think this is one of the most stunning catch pictures that I have ever seen, even though it is one of mine” he says. It was the pivotal moment of England going on to win the Third Test match.

David was not alone in his assessment of the picture – it won the Sports News Picture of the year category at the Sports Journalist Awards for 2005.

This picture is on sale at Fleet Streets Finest https://fleetstreetsfinest.com