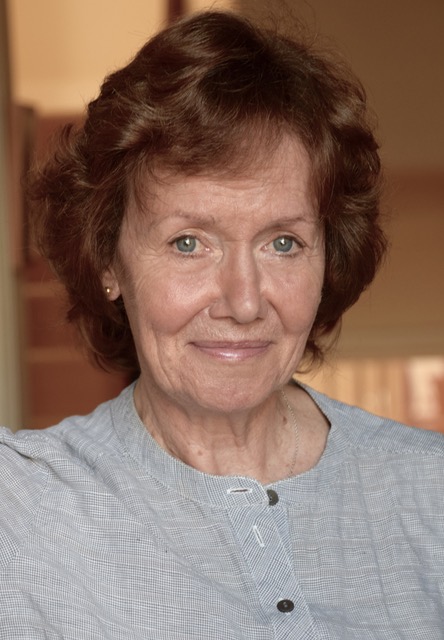 THE WORD Could we make arts boards better?

No-one has better insight into the work of the arts boards than Prue Skene CBE, who as well as serving on and chairing many boards is governance associate of the Clore Leadership Programme. Last November we reported on the launch the CLP of the Cultural Governance Alliance, but she believes arts boards need a fundamental rethink, and here suggests how they could change for the better

I’ve just looked back to my first proposal for setting up a board development programme within the Clore Leadership Programme which I presented to the then director and his deputy, Chris Smith and Sue Hoyle, in 2005. It ended with a two-fold purpose: to ensure efficient and motivated boards and to investigate whether the current use of boards within the arts funding system was providing best governance models.

Some 14 years later I think the first purpose has contributed to more emphasis on the importance of good governance and, ultimately, to the setting up of the Governance Cultural Alliance.

The second purpose, however, remains largely unaddressed and, for someone who has spent considerable time working on governance in the cultural sector, it was perhaps surprising to hear myself at the end of the recent Clore Leadership Programme diversity day asking if the current model was in fact the best way of doing things.

Values and drawbacks of volunteers

By this I meant the system whereby a miscellaneous group of volunteers, meeting perhaps formally only four or five times a year, take overall responsibility for an organisation that in many instances has a considerable turnover and employs a fair number of people.  Even 14 years ago there wasn’t the complexity of responsibilities that boards are now expected to take on, and I fear that in an ever-changing and fast-moving world it’s hard to expect the current system to deliver.

Of course, the volunteer group usually has many qualities that equip it for the task:  a good range of the necessary skills, an effective understanding of its role and responsibilities and a passion for the art that the organisation produces. It is the model by which the voluntary sector delivers.

But, unlike the commercial sector, the NHS and school governors, there are usually no paid staff on the board, so that the people who lead and run the organisation o day to day, who hold the knowledge and the details, and maintain the networks vital to the success of a cultural organisation, have no formal place at the top table - nor the ultimate responsibility that goes with it.

There can be exceptions such as the Royal Shakespeare Company where the artistic and executive directors do have places on the board, but such exceptions have to be applied for to the charity commission and remain rare.

This is all because the main model used in the cultural sector remains the company limited by guarantee which is also a charity – charity trustees have unlimited liability but as directors of a limited company they have the necessary protection (so long, of course, that they act with the right amount of care, skill and diligence).

But this means that as charity trustees they cannot be paid for their services as board members – the voluntary sector is based on just that, that the trustees are volunteers.

Of course, this is in many ways exemplary: good citizens giving up their time, skills and knowledge to support an organisation because of their love and admiration for its work.  But inherent within the system lies the question of diversity:  is it overwhelmingly the older, richer, more established sector of society that has the time and means to do this?  And does this necessarily produce the best people to oversee the innovation, the risk, the necessity to reach out to a wider breadth of audience, let alone the demands of new technologies?  In many cases, yes, but I do fear that within the whole debate about the need for greater diversity within the cultural sector one of the main obstacles lies in the make-up and attitudes of many boards.

There are, of course, other models such as the Community Interest Company where directors can be paid, but these are more aimed at social enterprises where there is an element of profit which can be gifted back;  most importantly they cannot be charities, and an organisation would have to be very sure that their advantages outweigh the removal of charitable benefits before going down that route.

Or the American model, which is heavily targeted at rich individuals who buy their places on the board and then are expected to “Give, Get or Get Off”.  With that prime motive. it’s difficult to see how board members are expected to take a dispassionate and strategic overview and, unless public funding dries up completely, I can’t see it ever being adopted here.

Or the European model where public coffers are more generously open, but with the result that boards tend to be stuffed with ex officio members from the state, region or city that offers the funds – in such a system many conflicts of interest must arise, and the possibility of recruiting a diverse mixture of necessary skills is unlikely to be forthcoming.

So I think it’s time to look at the charity model again, and I propose two changes.

First, to pay board members, not perhaps an amount commensurate with a salary but more of an honorarium that acknowledges the time they put in and gives value to the position, enabling those who really need to earn money a small incentive to allocate some of their time to this civic duty. And in addition to ensure that full expenses are paid for carrying out the role, including travel to meetings (in line with the organisation’s expenses policy) and, something that is often overlooked in recruitment notices, childcare.  For those who believe – and can afford to believe – in pro bono public service, there is always the opportunity to gift their honorarium back to the organisation – perhaps giving further benefit through gift aid?

There remains the overarching question of where the money would come from, particularly in these straightened days, but I honestly believe that it’s going to continue to be hard to open channels to the new trustee blood that we badly need without some kind of financial incentive. And I don’t think this is just something that the cultural sector needs to address:  recruitment of a properly diverse board with age, ethnicity, disability and socio-economic representation from the full community, in which an organisation seeks its participants and audiences, just doesn’t sit with a charitable sector in which non-payment of trustees is a fundamental aspect.

The second change I would make is that consideration should be given to senior staff being board members.  As already mentioned, this is the model that pertains in the majority of non-charitable sectors where a core of those responsible for the operation sit alongside non-executives who can provide a wider, wiser perspective.  I’m aware that there is considerable opposition to this being adopted in the cultural sector – the reasoning being that it is first responsibility of the board to appoint a chief executive /director and then to monitor carefully his/her performance, and sack them if they don’t deliver (well, easier said than done).

In theory that’s fine but if often ends up – even with all the good governance advice now available – either with the board rubber-stamping staff decisions made (often bemoaning that they weren’t notified in time when initiatives have been quickly taken) or interfering too operationally instead of maintaining a strategic overview.

The usual governance model is now so entrenched and so much part of charity behaviour that it’s difficult even to open the argument of “Is this the best way?”.  It may well be and that we in Britain are the envy of American administrators who resent the necessity to sweet talk money from their board members, and the influence over artistic matters that this can bring;  or of the French who would welcome less representation and more personal skills on their boards – but that doesn’t make it perfect.

We need to make board membership appealing to a much wider section of the community, stress its importance and the pleasures it can bring and encourage people from a youngish age to think of themselves as possible trustees.  We don’t work enough at this anyway and we certainly don’t have the debates questioning why trustees still come from a pretty small pool.

Prue Skene is the co-author of the Practical Guide to Governance, as featured on the Cultural Governance Alliance website. The Cultural Governance Alliance is an initiative of Clore Leadership and key partners - a collective of agencies, organisations and advocates working strategically to champion, share and promote best practice in the governance of culture. Membership is FREE - learn more and sign up at www.culturalgovernancealliance.org