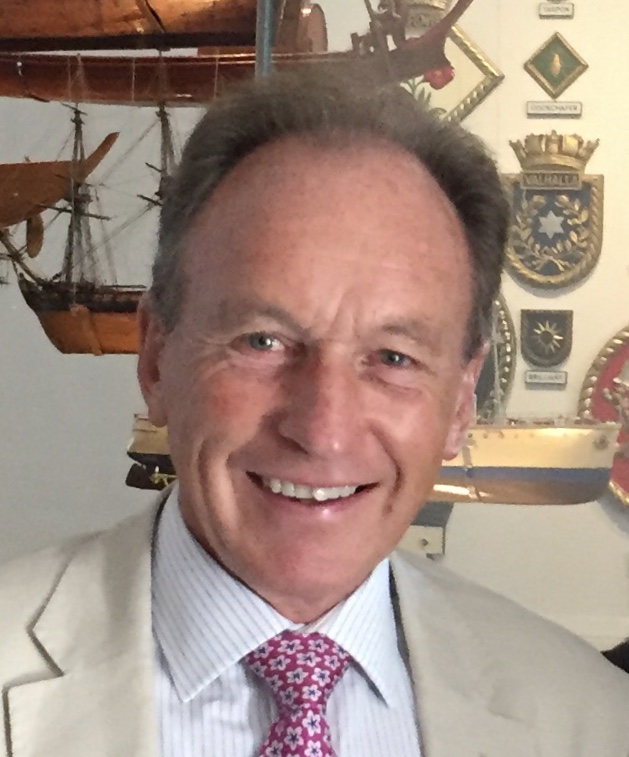 Last week’s TaitMail, prompted by the appointment of a shipping executive as director of the Royal Museums Greenwich, brings a response from Roy Clare CBE, former director of the National Maritime Museum and later CEO of the Museums, Libraries and Archives Council and then director of Auckland War Memorial Museum in New Zealand

Anyone responsible for shaping the course for a modern museum is acutely aware of a major change in the operational context. In recent years, and particularly in the past two decades or so, the range of audiences and the scope of their expectations have changed substantially. Once, it was sufficient to throw open the doors and let some people in. Those who entered generally perceived museums as a bit special, as places of learning and reflection; children were to be “seen and not heard”; “warders” were on hand to regulate noise and restrain the exuberant. Relatively little effort was made to attract so-called “non-traditional” visitors and as a result the demographic profile of those who came was from a predictably narrow field.

Suddenly, museums are centre-stage marketing operations. They are competing for visitors and pressing people for secondary-spend; the space they inhabit is crowded with good options and the tourism spectrum has expanded at breath-taking speed. At first, technology was seized on as the new way of doing everything; museums installed digitally interactive displays without thinking through the consequences for collections. Around the turn of the new millennium it was starting to become clear that visitors still wanted the “real-thing” and new and better digital strategies began to evolve. But one genie remained firmly out of the bottle: people wanted to be part of production. And the coincident political and social imperatives to nourish audiences for state-funded, subsidised museums led to a drive to broaden the demographic base of participation.

Audiences have broadened; their expectations have expanded; digital communications have driven and are continuing to drive new demands; the management and development of digital content has become more important than the creation of new websites.

For museums to retain their value as places of learning they must retain the confidence and trust of those who visit their sites or use their on-line resources. Surveys of public opinion in the UK confirm that museums largely succeed in retaining trust, but there is no scope for complacency. The collections are the primary point of difference with – say – Disney; the collections drive the purpose and vitality; feed the programmes and displays; and attract the sustainable markets. Museums that have neglected to invest in their collections and retain those members of staff who really know about them have lost their momentum and their public support.

Even in the latest phases of the digital era there is still reassuring evidence that people want access to the ‘real thing’. Collections seem to remain fundamentally important; people don’t wish to be fobbed off by replicas and arms-length reproductions. To breathe oxygen into their collections and to deliver strongly for the public museums need trained minds and know-how among their paid staff and volunteers.

Museums face real issues over sustainability. Professional assessment shows that the costs of storage are high and still climbing. Many museums have huge reserve collections; and many of these continue to grow as the habit of collecting persists.

The ethical code that guides the UK’s museums was changed in a way that now permits discernment and encourages a more rounded approach to collections development. Museums may continue to acquire objects for their collections, but they are also supposed to consider de-accessioning, dispersal and various forms of disposal – even including sale.

Wise boards are making haste slowly, but the tempo will need to step up if museums are to remain financially viable. New thinking and tough decisions lie ahead for many collections and there is likely to be a need for more museums to consider merging and reducing the overheads of their operations, and there is scope for partnership and sponsorship.

A number of leading museums and many smaller ones have appointed directors with wider backgrounds in leadership, commercial enterprise and tourism more generally. In countries such as the UK, with lottery programmes that deliver capital grants, the legal and moral expectations of the lottery fund distributors have added to the pressure to organise for efficiency and performance.

Many boards and senior managers in museums have become recognised for their leadership and planning skills, and for their acumen in shaping entrepreneurial programmes, investing in infrastructure and – in turn – fuelling audience appetites for excellent experiences. The balance of investment has shifted towards administration. As a result, there is evidence that curator-skills have been eroded in some places. The needs of the collections are at times perceived to be taking second place to the priorities set by commercial goals, designers and their aesthetic needs; displays are in places dictated by their elegance rather than their narrative impact.

Balance is everything. Museums need to act like museums and take care to avoid the ultimately futile tail-chase involved in trying to copy Disney. Audiences can tell the difference and they can express their views through the marketplace, so museums need to be business-like. But they are not conventional businesses, they have to manage a financial bottom line in parallel with maintaining a strong sense of social added-value. Many museums have charitable status – as part of the so-called ‘third-sector’ – but they are assuredly not well-described as ‘not-for-profit’!

The era of the curator-director has been followed by that of the leader-director, some of whom, but not all, are also curators or other professionals with museum backgrounds. The complexity of organisations with more than one bottom line has triggered a need for training and professional development. Even if very well-qualified academically, the gifted-amateur is now much less likely to be attractive to a governance Board searching for candidates to lead, manage and inspire complex bodies.

In turn, museums are recognising the need to invest in their middle-level staff, so that curators and other museum professionals can acquire the necessarily wide span of administration and business skills on their way up the promotion ladder. This paradigm can be seen as being at odds with earlier practice, when curators acquired a deep, specialist knowledge of their collections. The unintended consequences should be apparent in the process of managing risk and assessing overall performance. Boards need to be on the lookout for and consider ways to mitigate the erosion of competence and quality among curators and other specialists. The health of museums in decades to come will depend on the sustainability of genuine expertise in collections balanced alongside the generation of the most capable management.