Local story in a national narrative 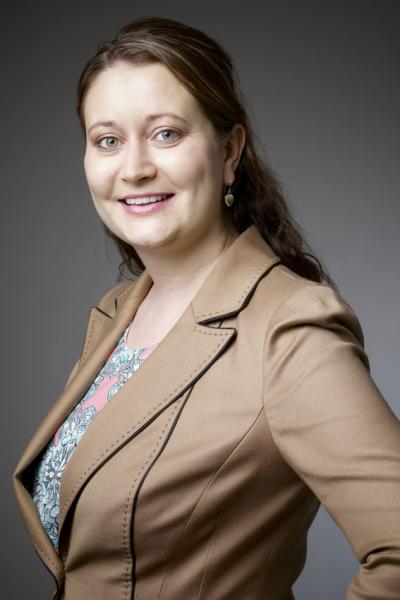 The Holburne Museum story so far starts in 1874 with the death of William Holburne, a bachelor sailor who served at Trafalgar and left the navy to inherit a baronetcy and live the rest of his life with his three sisters in Bath. Over the years he filled the house in Cavendish Crescent with an extraordinary collection of bronzes, silver, ce- ramics, books and prints, but chiefly paintings, and 18th century portraits in particular.

On his death the surviving Miss Holburne was determined to create a public museum with his ac- cumulation of 7,000 works of art, but it was another 42 years before the right venue was found: the ele- gant Sydney Hotel which commands the end of Great Pulteney Street with its Georgian villas at attention, and it opened in 1916.

So this year is its centenary, but it is a museum now that has evolved and progressed out of recog- nition. In the 1950s the family money that had sus- tained it finally ran out and then the local authority’s funding dwindled to nothing, so that by 1999 closure loomed. But the place had worked its way into the heart of the community which rallied to a campaign to not only save it but recast it.

Eric Parry was the architect, extending the old hotel out at the back to create, among other things, a restaurant, and the cost was £13.8m. The Holburne reopened in 2011.

Jennifer Scott arrived from the Royal Collection in 2014 as the new director. “I first came here in 2004, and since 2011 it has been transformed. There are lay- ers of interpretations that can be examined, and that’s the real joy of how this museum has just become it- self”.

She began to use the Holburne collection as a start- ing point to spread its sense of inquiry far beyond Holburne’s cabinet of curiosities. This year’s three major exhibitions are all curated internally but reach out: they start with the current Impressionism: Cap- turing Life, to be followed by Stubbs and the Wild, for which curators can delve into the collection as well as borrow, and finally Silver: Light and Shade.

Sir William collected Old Masters, Italian bronzes, such as the famous Susini once owned by King Louis XIV, maiolica, porcelain, glass, furniture and portrait miniatures. Landscapes by Guardi and Turner, por- traits by Stubbs, Ramsay, Zoffany and Gainsborough, who spent 16 formative years in Bath, have been added. Bath connections are also well represented by Angelica Kauffmann’s portrait of Henrietta Laura Pulteney, Hone’s miniature of Beau Nash, the city’s famous Master of Ceremonies, and Joseph Plura’s Di- ana and Endymion, made in Bath in 1752.

Another artist who had spent educative years in Bath was the portrait painter Thomas Lawrence, who unaccountably had eluded the Holburne holdings. As the centenary loomed, and as if by divine tim- ing, Lawrence’s Arthur Atherley, an oil sketch of the future MP painted in the 1790s when he was still at Eton, came on the market, and with the help of a pub- lic appeal and the Art Fund Scott raised the £450,000 needed, and it now has pride of place in the galleries.

“We called the appeal ‘A new portrait for Bath’” Scott says, “and we’re using it as a catalyst for explor- ing a lot of different aspects of art and history through

community groups and schools. It was important be- cause Lawrence was a local hero, a portrait painter, we are a centre excellence for 18th century portraiture, and that we didn’t have a Lawrence would seem rather odd. So this is a fresh face for a new century.”

So adding appropriately to the collection to increase its impact has become part of museum policy, as has the exhibition programme.

Admission to the Holburne is free, but the tempo- rary exhibitions carry a charge, so the exhibitions have to have impact. The one which opens this centenary year is Impressionism: Capturing Life. “1874 was the year Sir William Holburne died, and it was the year of the first Impressionist exhibition” Scott says. “We don’t have French Impressionist works in the collection, and they are known for their landscapes, and they were the start of painting the future. We thought we’d look at their work with the human form in action in the work of that first exhibition, and starting with our own drawings by George Clausen, the British Impressionist, we can see how they were influenced by the likes of Gainsborough and the 18th century portraits. The space here is won- derful, you can change it for every show, for different moods, different atmospheres, with different zones, so it’s a story we can tell in a readable way”.

She curated the show herself and got loans from all over the country, including the Tate, the National Gal- lery and Glasgow Museums, lending Monet, Cézanne, Degas, Morisot, Pissarro, Renoir and Sisley. Such loans come willingly because of the standard of scholarship the Holburne has established nationally, but also because the 2011 improvements to the exhibition galleries mean the museum qualifies for government indemnity, which it could not have before.

The Holburne no longer gets subsidy from the local

authority, but instead it has forged partnerships with the city’s two universities, Bath and Bath Spa. The lat- ter is the sponsor for the current exhibition, which cost £60,000 to mount. Scott needs to raise £750,000 a year, and there has been project support from the Arts Coun- cil and Heritage Lottery Fund. “The Victoria Art Gal- lery at the other end of the street is a local authority gal- lery, and our relationship with them is really strong, we work together, and we get help from the Arts Council’s resilience funding through the Bath Museum Group”. The museum can even be hired for weddings.

The universities get closely involved, students mak- ing art inspired by the collections and exhibiting in the Holburne, and the university authorities help with se- curity and HR matters.

“It’s a lovely museum which has become, I think, world class, but we want people from all different back- grounds to find things here, we want engagements with different parts of the community” Scott says, “and it’s working.”