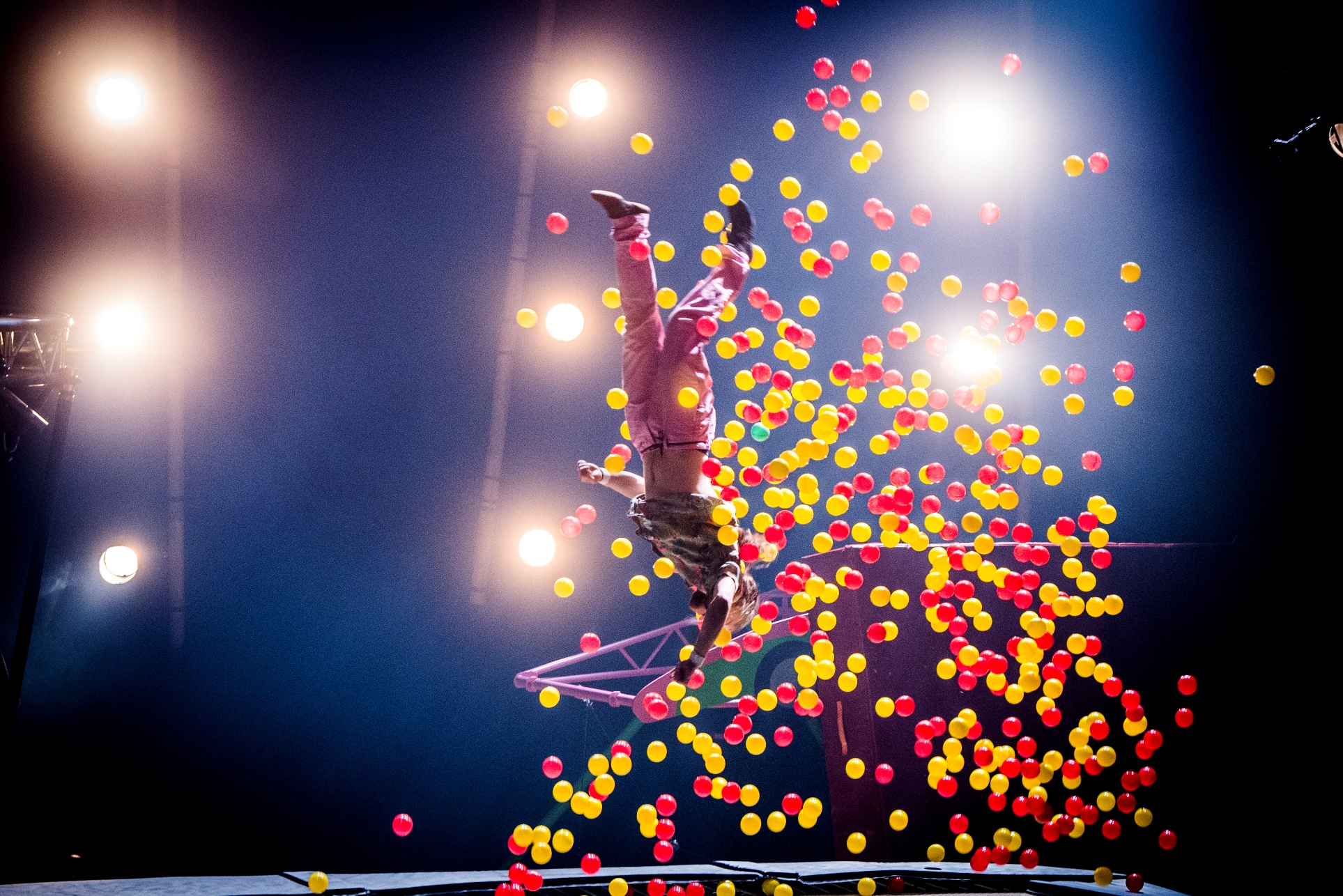 Circus has entered a new age, led by the roundhouse’s biennial Circusfest, the fifth of which takes place next month. Simon Tait reports

Even as he settled into his role of reviving the Roundhouse 17 years ago, Marcus Davey had high in his business plan the single word “circus”. Since then the Roundhouse has not just championed circus as an artform, it has presided over an evolution and a revolution that has seen circus arts as not only something at which British performers ex- cel, but which has a street credibility like no other crea- tive discipline. The Roundhouse, he said, should be a home for circus and physical theatre. “And look at it. It’s a kind of brick big top, isn’t it?”

Through April the Roundhouse hosts the fifth biennial CircusFest, a three week celebration of the circus arts that will spill onto the streets and community ven- ues of London, and it promises to be the most innovative yet. It is directed once again by Leila Jones, now one of the world’s leading producers of and authorities on contemporary circus.

Until the 1990s and the arrival of foreign ensembles such as Cirque du Soleil, circus was confined to a tradition that excluded most free expression with a formula of clowns, plumed horses, tumbling, lion taming, tight-rope walking, performing elephants. And then as animals’ welfare concerns had them banned from the ring, anarchic groups like Archaos and Turbo Unit that harnessed physical theatre and magic caught the public imagination. And not a performing seal in sight.

The funding authorities, however, had no interest in this emerging phenomenon, but despite the refusal then of the Arts Council to approve it enthusiasts created Circus Space which opened in a former Hoxton power station in 1994 to train performers. It is now the National Centre for Circus Arts, welcomed into the arts establishment and since the early 2000s recognised and supported by ACE.

The Millennium Dome with its circus centrepiece had a tide-turning effect. Professionals were brought from abroad; 100 young Londoners were recruited to be trained as performers for the Millennium Dome Show and had 999 performances through the year 2000. Those young people are now the elders of a distinctive brand that is British circus, perform- ing, teaching, writing and directing. “Five years ago we put a call out to circus companies in the UK producing work, and there were about 30” Jones says. “We did it last year and there were around 100. The National Centre has 20 graduates every year, 50% or more of them British, and people are coming from abroad to learn here in London and at other schools there are now around the country”.

Leila Jones had been a convention- al stage manager when she was be- guiled by the edginess of immersive theatre, and became the producer for another anarchic performance troupe, Lost Vagueness, “looking at how audiences can experience events in a new and innovative way, at the same time as Punchdrunk and Shunt were starting”, and she worked at the Battersea Arts Centre, a natural home for what the establishment saw as sub- versive arts like immersive theatre, now accepted as the exciting norm. Their natural habitat was festivals such as Glastonbury and a predominantly young adult audience. They and their like were the outrageous end of the spectrum from the spec- tacular and smooth professionalism of Cirque du Soleil. “We were more crazy” she says.

In 2008 she joined the Roundhouse to run its circus programme, looking around the world for developments.

She travelled, and in Ethiopia found a circus troupe set up to provide skills for young people that would make them street performers and lift them out of poverty. “Circus Ethiopia was immense for those young people, gave them meals, provided the family most of them didn’t have. I came back to the Roundhouse and wanted to leave and explore what I’d seen, and Marcus said ‘why not stay and explore it’?”

What she had discovered was street circus with a social role, some- thing which played directly into the quiddity of the new Roundhouse, ten years old this year, as established by Davey and the founding chairman Sir Torquil Norman: to provide a place where disadvantaged young people could use the performing arts to find confidence in their lives.

“What I think is truly extraordinary” Davey says “is that circus has the most profound impact on young people, especially the hardest to reach and those who have not had the trust bond with parents or friends, because not only do they have to develop a physical language but they have to build a trust to be able to perform together, and that is empowering.”

So CircusFest arrives after a trawl of the world, but particularly of Britain where the artform has risen like a groundswell. There’s a human catapult in the programme, teeterboard (the acrobats’ seesaw), strongman tricks, comedy, live music and video, parkour (a disciplined kind of free running), b-boying (breakdancing) and tricking (gymnastics that incorporate dance moves). The Round- house will be the centre of the festival, but the largeness of its structure can be inflexible so elements will be per- formed at venues such as Jackson’s Lane, The Albany and the Arts Depot.

In the programme alongside Race Horse Company from Finland, which brings a mix of physical daring and black humour, is the Barely Methodical Troupe that encompasses break- dancing and acrobatics on bikes all learned in the Roundhouse Street Circus programme.

The French artist Jeanne Mordoj gives a very physical solo celebration of the body, part of Jones’s attempt to rebalance what she sees as a gender bias in circus towards the male. “I wanted a strong female presence in the festival, it’s deliberate” she says. “There’s a tendency for companies to form that are kind of unisex, mono- sex, where there’s no distinction be- tween male and female performers, and even all male companies. I want- ed a strong female voice this time”.

Ringside, recent winner of an award for experimental performance, offers a close-up of a trapeze act in a piece created by Ellie DuBois and performed by Cory Johnson to an audience of one at a time who sees the “muscles flex and strain, and sees the bruises that reveal the pain of intense hours of practice” says the programme. “This is about sweat, not sequins”.

The message is that circus is no longer about fantasy and the exotic, it is personal. Me, Mother examines the physical limits of a performer as she become a mother – a piece written by two male writers on circus, Duncan Wall and John Elingsworth, and per- formed by two women, including the director Matilda Leyser who is her- self pregnant. “Circus is shadowing our personal lives now in a way that it couldn’t when circus meant Billy Smart” Jones says. “Me, Mother is fascinating because it is about the terror

of what it is for an acrobat to become a parent, the physical effect and mental effect it has on you as a per- former, and really bringing it close to the audience”.

But while circus is on a threshold, it still needs help, Marcus Davey is convinced.

“In the circus world they talk about circus being at the stage contemporary dance was 15 years ago, which was pretty disparate then. But there are no stars in circus, no famous names, and now we need some investment into circus around the country, not only in spaces but in companies and directors, because it’s good for young people and you don’t need to sell it to them - once they get into it they can’t give it up.”