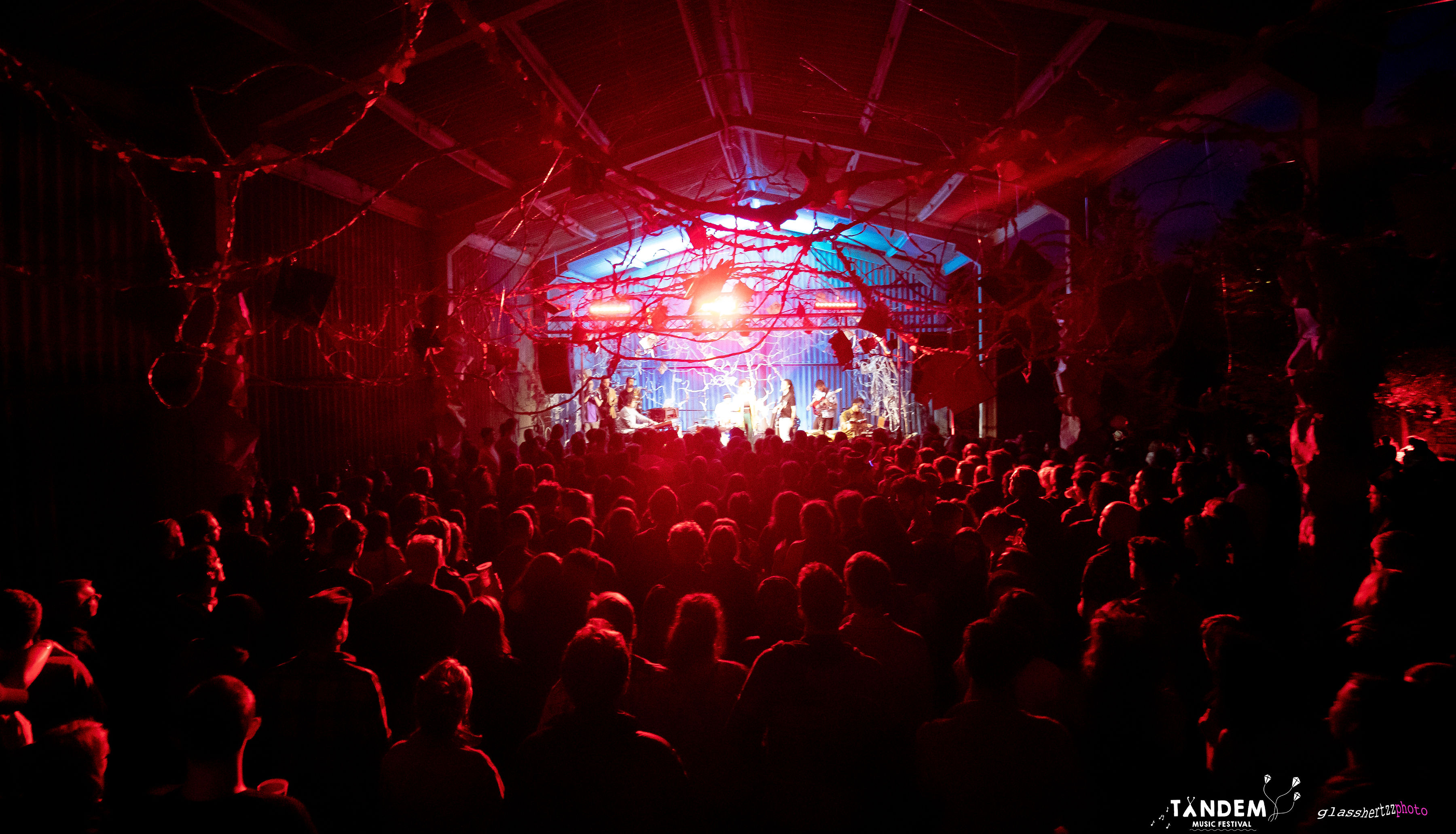 THE WORD Festivaland, where small is greener

Hannah Jacobs, director of the Tandem Festival in Oxfordshire, on how small festivals are ethical pioneers

In the year when Sir David Attenborough took centre-stage at Glastonbury, praising festivalgoers for reducing their plastic waste, and Extinction Rebellion led a climate action procession through the site, it's clear to see that the culture of festivals is changing. But behind the big headlines, it's often the smaller festivals that are leading the way.

Festivals are a great chance for people to get together, have fun in a friendly crowd and take a break from their busy lives, but by their very nature they’re also a strain on natural resources. People travel great distances, energy consumption often relies on diesel fuel generators and we’ve all seen images of hundreds of single-use plastic cups and abandoned tents once the festival is over.

Although the number of smaller, environmentally conscious festivals has been rising to prominence in recent years, wider festival culture is only just starting to shift. Larger festivals like Glastonbury, despite long-term support for environmental organisations like Greenpeace, are just beginning to put their festival's own sustainability under closer scrutiny.

Many smaller music festivals have been pioneering sustainably for much longer. Festivals such as Shambala, Green Man, Green Gathering, Tandem and Wood have made eco-friendly practises an essential part of their identity.

For Tandem Music Festival in Oxfordshire, positive environmental and social impact has been at the heart of its infrastructure, programming and ethos since its inception six years ago. The volunteer-led festival, currently with 1,000 attendees, programmes a diverse array of music as well as talks, activities and workshops. It has pioneered several eco initiatives from the start, including a site build almost exclusively created from reclaimed materials, use of green energy and low carbon transport schemes which allow 60% of attendees to cycle or use public transport.

Like Glastonbury, Tandem offers alternatives to single-use plastic, including reusable metal bar cups, compostable packaging and washing up stations for reusable plates. They were also the first UK music festival to be entirely vegetarian, serving only ethically sourced veggie/vegan food from speciality traders and supplying the volunteer kitchen from food surplus supplied by the Oxford Food Bank.

Tandem is also an example of the community approaches which smaller festivals are embracing, in order to avoid the big brand partnerships and short-term waste seen in mainstream festival culture.

The volunteer-run festival is part of the wider Tandem Collective, a non-profit organisation whose aim is to influence positive environmental and social change through the arts. Local partners include Tap Social Movement, an Oxford craft brewery and venue providing training and employment to people in the criminal justice system. They run the festival bar but also collaborate on smaller events throughout the year, making use of the festival’s sound equipment. Communal tools and reclaimed materials are sourced from local organisations Share Oxford, Orinoco Scrapstore and Oxford Wood Recycling.

Programming collaborators include Refugee Resources and Young Women’s Music Project, volunteers are shared with the Community Action Group Network and the volunteer planning meetings are hosted at local co-working spaces. Through sharing resources, the festival is part of a year-round network of projects, partners and volunteer groups supporting each other to work towards similar aims and share infrastructure.

The festival also partnered with Abingdon & Witney College to run public skills camps on site, offering free training in lantern making, mural painting, basic building and cooking for large numbers, allowing the local community to invest in their own development as well as the festival.

The sustainable practises extend beyond infrastructure into the festival content, with workshops and talks on environmental and social issues programmed around a packed schedule of music. This year’s Tandem programme included DIY solar panel-making, effective activism, Glitter is Litter, hackstitch clothing repair and energy equality.

Hannah Openshaw, the co-founder of Watts Next, a charity that raises awareness of the links between energy, climate and migration, ran the DIY solar panel-making workshop at this year’s Tandem in June. “Everyone’s been so friendly and so engaged with what we’re doing” she says. “So many people have just walked by and got involved. The whole atmosphere is so creative. Tandem is a really good place to be.”

As the cost and density of larger festivals grows, the intimacy of smaller festivals like Tandem is in many ways their greatest asset. And festival manager Netty Miles adds that their smallness is often the greatest asset of festival like Tandem. “There’s often a greater sense of trust and openness at smaller festivals giving them a family friendly feeling” she says. “There’s an implicit sense of personal investment and ownership that we’re all here to share and learn - and we’re going to have a nice time together.”

With longer queues, denser camping and greater distances to walk between stages and amenities, larger festivals take a toll on the land. They are also often more tiring to navigate than their smaller counterparts, with many festivalgoers missing out on large parts of the programme as they struggle to move between stages.  Catering to such large crowds appeals to more commercial entities, operating in economies of scale, offering convenience over quality.

Even when sustainable measures are brought in, encouraging people to be responsible is harder to achieve in a larger crowd, where there is less connection to one another. By contrast, smaller festivals offer a chance to connect with nature and the surroundings and see many larger festival bands in a more relaxed setting, alongside boutique catering and infrastructure.

However, though larger festivals may struggle to create a laid back atmosphere and reduce their energy consumption and emissions as successfully as their smaller counterparts, there are a number of major players trying to turn the tide

Chris Johnson, founder of Shambala Festival and live event think-tank, Powerful Thinking, is behind Vision 2025 - For a Sustainable Event Industry, a campaign that Tandem Festival and many others are signed up to, which is bringing the live events industry together in leadership, to take informed action on climate change.

“This is more than resources – it's a movement. It’s time to act decisively on climate change - we have the opportunity for the festival industry to come together as companies, events and individuals to co-fund the best possible up-to-date resources, share information and support each other, to catalyse action on travel, waste, plastics, energy and emissions.”

Earlier this year, over 60 major festivals pledged to be free of single-use plastic by 2021 as part of the Drastic on Plastic campaign - something many smaller festivals have already achieved. While charity Julie’s Bicycle, has developed a free carbon calculator developed specifically for festivals and the wider arts and cultural sector. It’s clear that festival culture is changing, and there are many lessons waiting for the bigger players to catch up with.