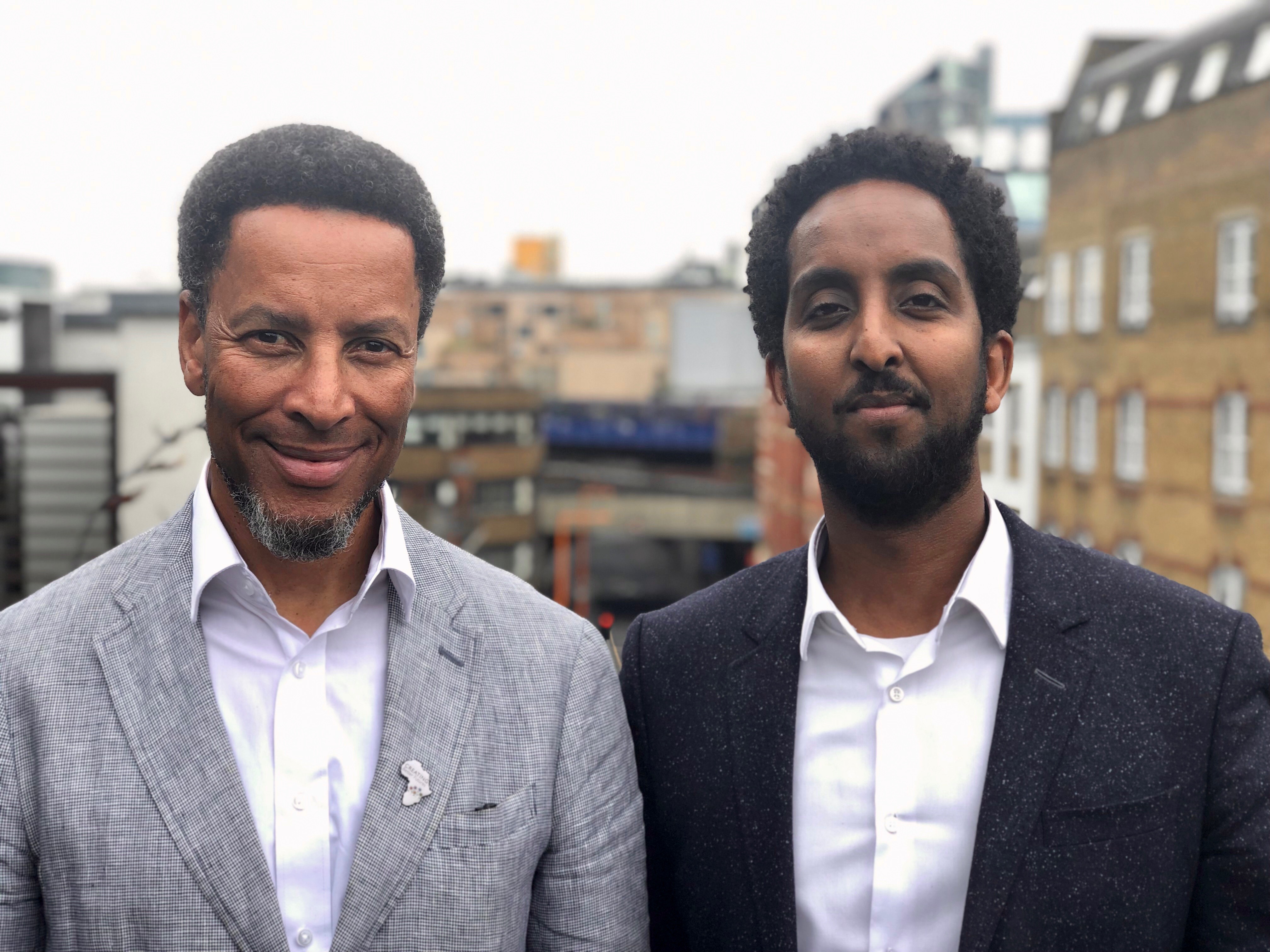 Designing the new Africa Centre: what does ‘Welcome’ feel like?

The Africa Centre has commissioned the young architectural practice Freehaus to help design its future, and tomorrow evening (Sept 18), as part of the London Design Festival, the centre’s director Kenneth Tharp and Freehaus’s Jonathan Hagos will have an open discussion about their collaboration, and the challenge. Simon Tait spoke to them first

The challenge for both the architect and the venue is, how do you design “welcome”? Because, says Kenneth Olumuyiwa Tharp, director of the Africa Centre, that is the essence of what he needs to offer.

“Before we present an architectural end result” says Jonathan Hagos “we need to know who the building is going to be for and what they want it to do for them.”

Main image: Kenneth Olumuyiwa Tharp, left, and Jonathan Hagos, on the balcony of the Gunpowder Building

So for the last three months Hagos and Tharp have been in each other’s pockets, developing thoughts, making dozens of visits to other institutions with similar purposes, talking to users and supporters. Work begins on the first stage of the development in February, thanks to a £1.6m grant from the Mayor’s Fund and will finish at the end of 2020 (with another £500,000 expected to have to be raised meanwhile).

The Africa Centre was opened in 1964 by the then new president of Zambia, Kenneth Kaunda, in the age of new independence, a home from home for Africans, a place to meet fellow countrymen, to eat and drink in the African way, to hear African music and enjoy African exhibitions. It’s where Archbishop Desmond Tutu and Thabo Mbeki would meet informally to discuss the future of South Africa and the rest of the continent; where Hugh Masakela played among friends while on tour; where Alice Walker read from her new book The Color Purple; where Wole Soyinke lectured on African literature; where Jazzy B held Saturday club sessions for kids and formed Soul II Soul

But the centre lost its way in the 1990s. Its Grade II listed King Street home was sold and in 2013 and two years later it moved to two leased railway arches in Southwark acquiring the freehold of an adjacent four-storey building, known for reasons that remain obscure the Gunpowder Building. 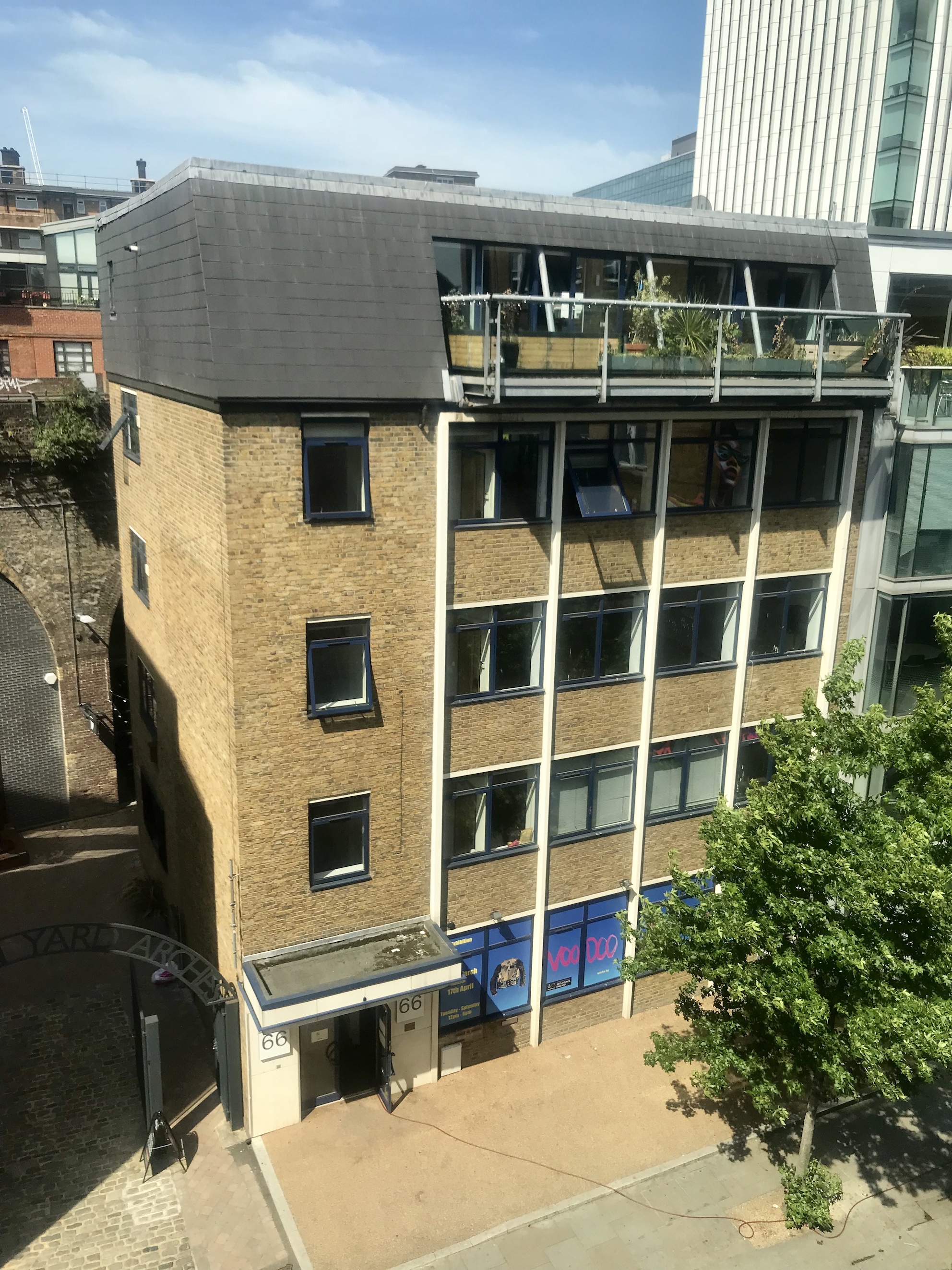 “Covent Garden has changed, most of the people passing through are tourists; here we’re really into the people who live here, work here, and we're surrounded by big cultural venues, the Tate, the Old Vic and the Young Vic, the Jerwood, a cultural quarter with a particular kind of energy” Tharp says. “And there’s a very fast changing demographic here – I saw a statistic that said that between 2015 and 2025 there’ll be a 41% growth in the black population here. In the 12th poorest borough in London now there’s a real mixture of wealth and poverty, of cultures, and it’s that mix that’s really exciting.”

The emphasis now is on the 21stcentury and the future for the world’s youngest continent – 60% of Africa has a population aged 25 or under – but the centre’s history will not be ignored. “We’d be very uncomfortable if people felt we thought those 50 years in Covent Garden were irrelevant” Tharp says. “The strength of people’s opposition to us letting go was so strong, people felt a strong sense of history, so we don’t want to lose touch with the past.

“What is important is to find a way to take that history and those people forward.”

There are around 700,000 Londoners of African origin, many of them now of second and third generation, and African itself has changed out of recognition since 1964, though old preconceptions remain. The new Africa Centre will need to reflect all of that.

Since becoming director just over a year ago Tharp has conducted a series of public consultations to define what the African Centre should be to serve its 21stcentury communities, which revealed the enormous complexity of the task he had set himself. Both men have African antecedents, Hagos as a second-generation Eritrean and Tharp as a half Nigerian, and are personally aware of dangers of generalisations, of resorting to stereotypes and national traits, and worst of all equating “African-ness” with black identity. Millions of African are of Arab origin, many are white, and the Africa Centre needs to be attractive to those who have no personal African background as well as those who have to fulfill its mission.

What emerged from the consultations were five “pillars of endeavour”: culture (music, visual art, dance); entrepreneurship (as a hub to connect young creative businesses); intellect (talks, debates, conferences); education; and social (especially food and drink)./ They have all been on the bottom line for Hagon’s thinking. “We can’t just design it in instant fashion, open and it and expect people to use it” he says. “It’s about communicating and being as open as possible – the physical delivery of the building is the easiest part.

“As architects we shouldn't be dictating a particular aesthetic or approach” he ggoes on. “The most successful outputs we've delivered is where we've had time to understand the ethos or values of an organisation and understand how to imbed them within the design principles, implicitly or explicitly.”

The Gunpowder Building will have a restaurant and bar, an art gallery, and education centre and on its top floor will be a broadcasting suite and meeting rooms.

“You cannot overestimate the importance of food in African culture – that sense of welcome is often signified by literally breaking bread, that’s how welcome is expressed, so it feels right that the welcoming heart is around the food on the ground floor” Tharp explains.

In their researches Hagos and Tharp have visited institutions all over London, including the Young Vic, the South London Gallery, the Black Cultural Archive and JW3, the centre for Jewish life, as well as members’ clubs – all places where the right welcome is vital, and where the true welcome may not be at the entrance but  in the food, the music, the décor, the accommodating ethos.

The Gunpowder Building will be the third phase of the Africa Centre’s development, with Archway 29 following as the performance centre – it is here that Tharp hopes to establish an African choir. Archway 28 next door is where the business hub is, but Hagos’s vision when it is finalised in the next few weeks will have to incorporate a contiguousness that links all three elements. He has studied African architecture, old and new, and identified the importance of the design of entrances as welcoming statements.

“Our response to the centre's brief  was to think of an ‘embassy of optimism’” Hagos says, and Tharp adds: “The challenge is, it needs to be so many different things”.

Designing an Africa Centre for the 21stCentury, part of the London Design Festival, will be led and moderated by Nomatemba Tambo, the South African High Commissioner to the UK, at the Africa Centre, Old Union Yard Arches, 229 Union Street, London, SE1 0LR, on Wednesday, September 18th, 6-9pm
Limited tickets are available here.