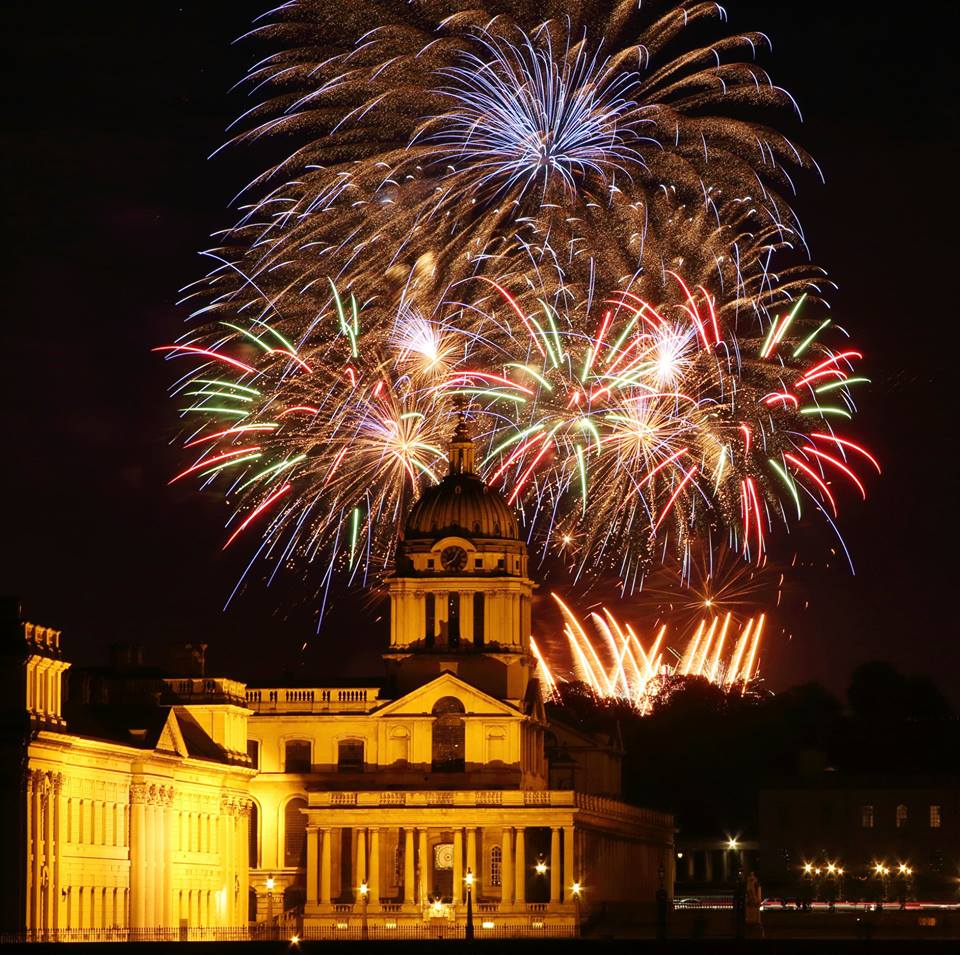 This brilliant picture  - effectively three stacked images blended - was taken by press photographer Roger Jackson. Here, he tells us how you can get the best from photographing fireworks.

“First, let’s look at the equipment you need. A standard 50mm lens is good for photographing fireworks. If it’s a big public display you might need to use something a little wider as today’s modern displays can reach high in the sky. A tripod is essential for longer exposures as you will need to keep the camera steady to capture the trailing glow of the fireworks in the sky. You will find a cable release to fire the camera shutter a big help.

“Fireworks in the sky can look amazing, but try and include something in the foreground to give a sense of scale to the display. You can use people as a foreground when photographing the big public displays which send powerful, bright and colourful rockets high above our heads to dazzle and delight us. Is the display over a place of interest, castle, stately home, bridge, a ship, city? If so, take a moment to step back and consider the wider view.

“What about exposure? With today’s modern fireworks being so bright, you should think about setting the camera to 100 or 200 iso which will give you the chance to capture the full colours of the fireworks.

“Next, exposure times. To capture the full burst of a firework I have found that an exposure of about 1sec or 1.5secs at f11 is a good starting point. With a shutter speed of 1sec or more this is where a tripod becomes essential. A cable release will prevent camera shake as you make the exposure. Make a few quick exposures at the very beginning so you can check the back of the camera and adjust to suit your equipment. Each display will be different in brightness and colour.

“Things to note: I usually avoid photographing the big cascades of waterfall fireworks as they are just blinding white lights - good for silhouettes but not much else. You should be looking for the high colourful rockets that fill the sky with such great patterns. Get to your chosen position early and let your eyes become accustomed to the night. Then, with luck, you will be able to see the dim red lights of the rockets lifting off and as they reach their peak, press the shutter release and you will capture the full burst of the firework. Firework displays are theatre, and with all theatricals things start slowly and build to a climax. So it is with firework displays - as the display reaches its crescendo the intensity of the light from the fireworks usually increases, and you might find that you need to stop down the lens aperture a little bit. It’s the slow exposure of 1sec or more that captures the firework trails.

“So have fun at your firework display - and remember to ‘Stay Safe’.”

Copies of Roger Jackson's Fireworks on Blackheath can be bought via Fleet Streets Finest at https://fleetstreetsfinest.com