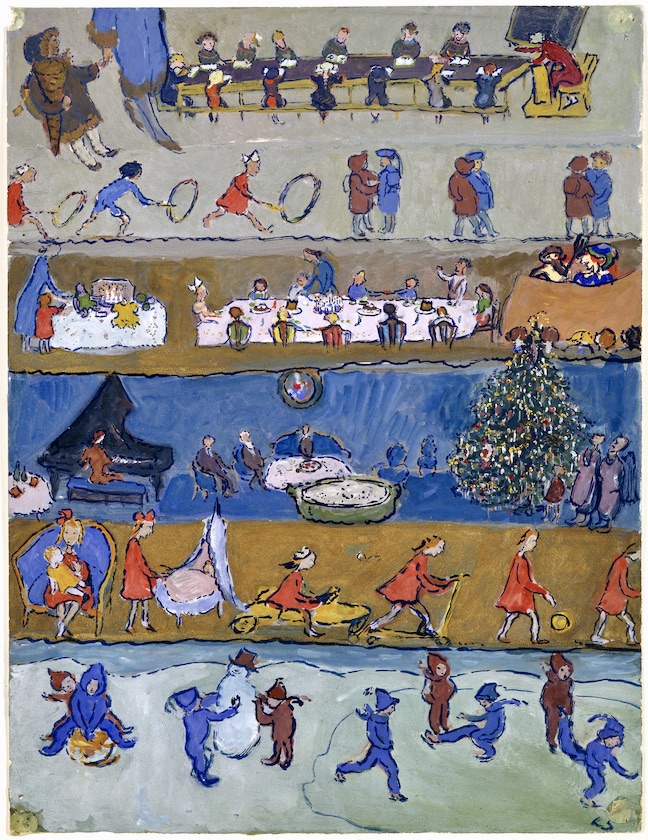 TAITMAIL On antisemitism being, literally, senseless

I’d known Marcel Berlins for maybe 25 years: lawyer, journalist, critic, broadcaster, poetaster, omnivorous music lover, gourmet, most marvellous raconteur. He never referred to his Jewishness, it was of no relevance, and it was not until his memorial service this week that I knew he had spent the first four years of his life hiding in a French attic from Nazis.

What formative effect that experience had I will never know, but the man the child grew into was loudly in favour of freedom of opinion, equality of opportunity and an implacable enemy of all forms of prejudice, who exploited his own many capabilities to the full and exhorted others to do the same.

I thought of him as I toured the exhibition at the Jewish Museum that opens today, Charlotte Saloman: Life? Or Theatre? Ein Singspiel! The Charlotte in question also hid in France from the fascists, but she didn’t survive, dying at Auschwitz aged 26.

Despite the venue - and the museum deserves every accolade for putting it on and letting us see the work - this isn’t an anti-holocaust exhibition, it doesn’t even have a Jewish theme: it is an extraordinary work of art, a graphicly-told story in 769 gouache paintings created in a small apartment in Cap Ferrat over little more than a year, with frightening detail and visceral honesty. More than 230 of them are on show here, telling the story of a young woman and her family, and what happened to them in exact shadow of her real life and her own – finally triumphant - battle with mental illness. She wouldn't have seen it as a great piece of feminist art, but itt deserves to be alongside Judy Chicago's The Dinner Party in the pantheon. 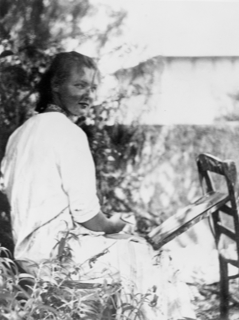 Born in Berlin in 1917 Charlotte Saloman, a surgeon’s daughter, grew up comfortably middle class in Weimar Germany, and the family were not ardent Jews, enjoying Christmas, for instance, with everyone else. She was 15 when Hitler came to power, but her father continued to practice, though latterly he could work only in the Jewish hospital. Unknown to her, her aunt had drowned herself in 1913, and when she was eight her mother also died by suicide, though Lotte was told it had been a sudden illness to which she had succumbed. Her father was later married again, to the opera singer Paula Lindberg.

Because Albert Saloman had been a First World War hero he was initially cut some slack by the Nazi government. Lotte won a scholarship to art school and studied for two years, but Kristalnacht in 1938 was the signal for all Jews to leave Germany by whatever means they could. Lotte went to her maternal grandparents in Villefranche on the French Riviera, living under the patronage of a wealthy American woman, Ottilie Moore. She travelled to Italy and Padua where the exhibition’s curator Dominik Czechowski believes she was influenced by the sequential paintings of Giotto in the Scrovegni Chapel, and then by Michelangelo’s Sistine Chapel paintings. She knew of the Expressionists, the Blaue Reiter and the Brücke artists, and they are in these pictures, along with traces of Toulouse-Lautrec, Chagall and even more well-defined Munch references. Her own prose is painted into some images, and the singspiel – music theatre - is in the constant musical references: Lotte had written a unique graphic opera in more than 700 scenes. Using only the primary colours, they start with great detail and are much more hurried and confident by the end, but spare nothing of the horrors of familial mental infirmity. 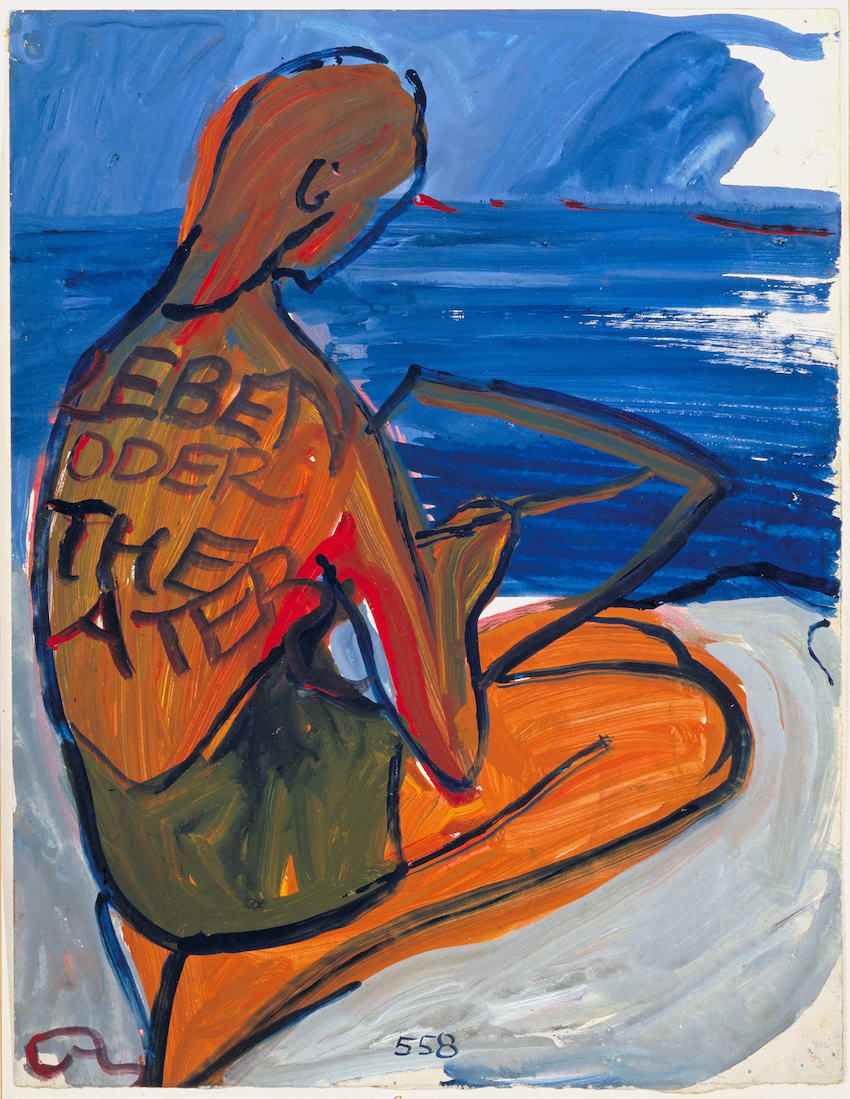 Lotte was in constant doubt about her own artistic capabilities, and her depressive state was compounded when, aged 22, she was told the truth about her mother’s death. Soon afterwards she watched her grandmother jump from a window to her own death - perhaps the most horrifying image is of the open window through which her grandmother has leapt. In her immediate family, eight women and two men died by suicide, and she confronted her own suicidal instincts when she left her grandfather to live alone and paint. At the end of the sequence she had beaten those tendencies, and the last painting in 1942 is of herself gazing out into a sun-blessed Mediterranean sketching the future she can now see, the title of the work inscribed on her own back. She married Mrs Moore’s Jewish estate manager in June 1943, was arrested on September that year and on October 10 arrived at Auschwitz, four months pregnant. She was executed straight away.

Life? Or Theatre? was found by Mrs Moore in 1946 in the basement of her Villefranche house and handed over to Lotte’s parents, who had survived the war hiding in Holland. Unsure what the paintings' worth was or even what to do with them, they asked the advice of Anne Frank’s father who, no wiser about art, suggested they to give the art to the Jewish Historical Museum in Amsterdam, who have loaned these paintings.

But, as Czechowski says, this is not Jewish art, it is art. We too easily label things and mostly irrelevantly; “Jewish” is an easy tag. Such labels breed prejudice, and with that goes closed minds that can never properly appreciate art or the wider joys of humanity.

Charlotte Saloman: Life? Or Theatre? Is at the Jewish Museum from today until March 1
https://jewishmuseum.org.uk