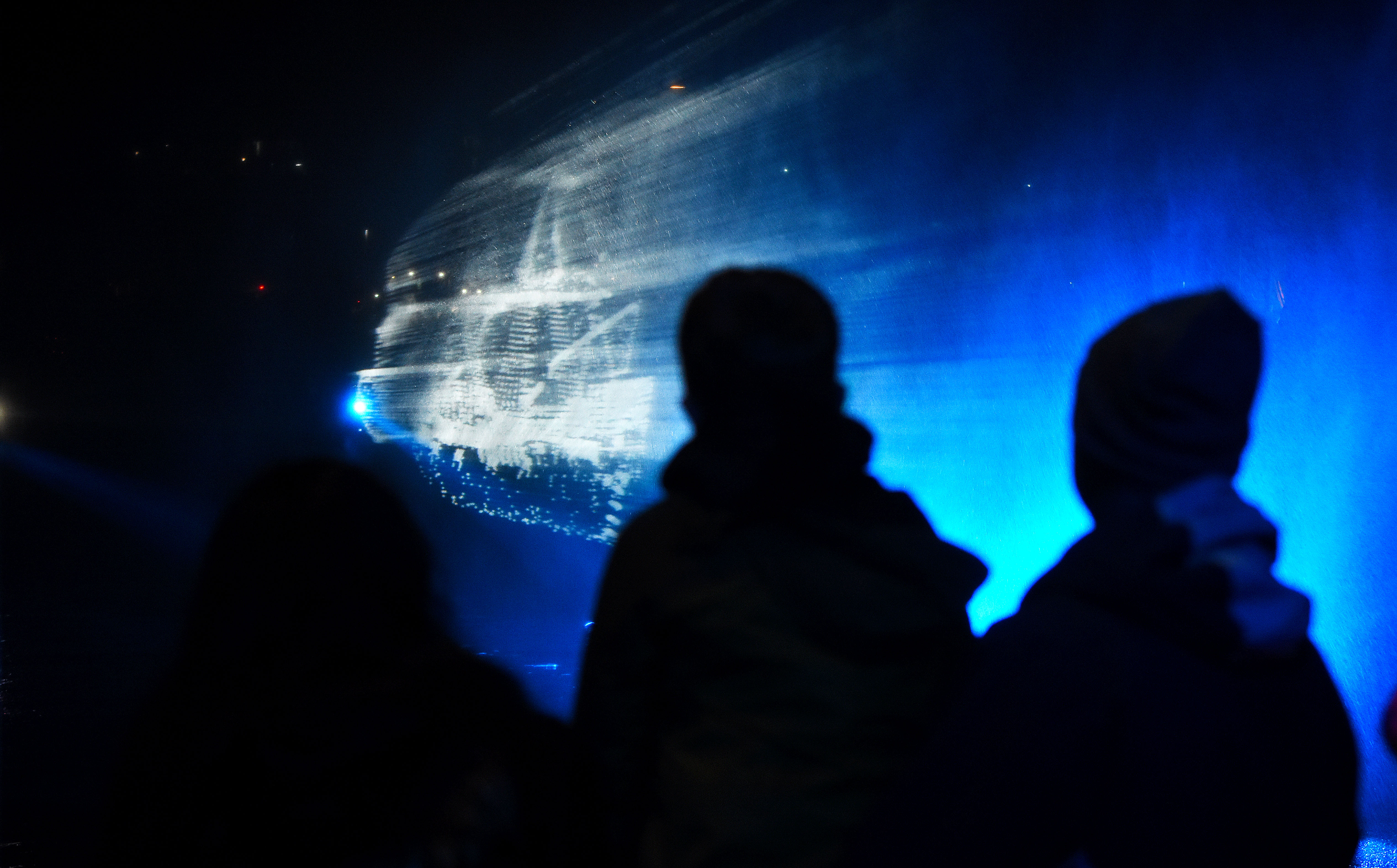 The debt of the Mayflower, 400 years on

The 400th anniversary of the Mayflower sailing for America with 102 passengers is the springboard for Plymouth’s resurgence. But the city’s inclusion in the story is an accident.

The Puritans were separatist worshippers who did not want to conform with the rites of the high church and were persecuted by James I. They sought a place where they could worship in their own way in peace, and at first went to the more liberal city of Leiden in the Netherlands, living there for some years until fear of a new Roman Catholic oppression and a loss of national identity made them yearn for their own, free, community.

The Mayflower at first sailed from Dartmouth, but its companion vessel, the Speedwell, began to founder off Land’s End and they both returned for repair, to Plymouth which had the better facilities; the Speedwell could go no further and its passengers had to be crammed into the Mayflower with about 30 crew, sailing on September 16, 1620, and arriving at Cape Cod 64 days later. Half the passengers died in the first few months after arriving, but the rest were saved from starving and freezing to death by a local native tribe, part of the Wampanoag nation, who showed them how to farm the land, to hunt, what to grow and how to fish, allowing them to flourish.

Main image: Spectators watch as a ghostly laser-lit Mayflower sails from Plymouth during the Illuminate Light Festival start to Mayflower 400

Trade on the eastern coast of America had already been established by European merchants in the 16th century, but none of the adventurers had dared try making their homes in the inhospitable territory. The pilgrims got trading approval from the Virginia Company, which had a charter from the king, to set up a colony, but in Virginia. The Mayflower instead brought them further north to a coast known for hostile forays by pirates and for unfriendly local tribes.

One Wampanoag who had been kidnapped and sold into slavery in about 1614 was Tisquantum, known as Squanto, who was in servitude in London before making his way back to his village, where he found his entire sub-tribe wiped out. He made his way to another Wampanoag settlement, arriving shortly before the Mayflower. At first far from welcoming, after watching from a distance for six months as the number of pilgrim burials mounted, the Wampanoag chief, Messasoit, approached to offer help and to the colonists’ amazement was able to greet them with “Hello, Englishmen!” Without the fluent English of the enterprising Squanto the first Thanksgiving celebration would not have been shared by native Americans and English colonists in October 1621 at Plymouth, Massachusetts – none of the colonists would have survived. 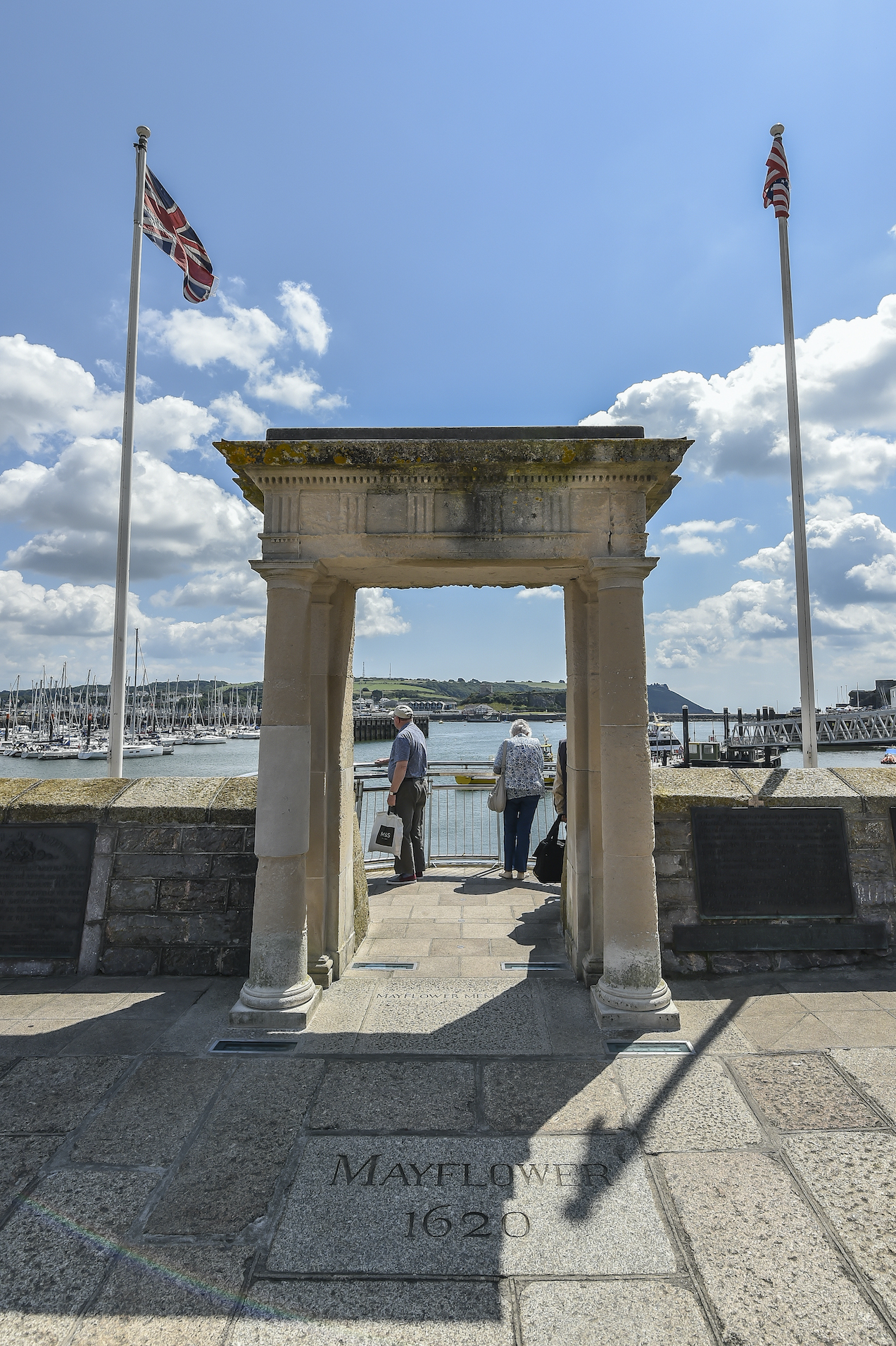 Of the passengers, 41 were religious separatists. The rest were craftsmen and adventurers, some of whom on landing became mutinous. Before they began to build on land and to quieten the malcontents, the pilgrims drew up the Mayflower Compact, a set of rules for self-governance written on a single sheet of paper. This humble scrawled document outlining how to live together in harmony and safety was the basis for what was eventually the United States Constitution. “They carried the seed of the soul of the American nation, determining the kind of nation it would become” says Adrian Vinken, chairman of Mayflower 400.

But, he says, the story that will be told over 2020 across England, Holland and the United States will not flinch at some of the less appealing aspects of the real history. The programme has been developed in collaboration with descendants of the Wampanoags in Plymouth, Massachusetts.

“I wanted to make sure that in any creative programme we put together here, museum exhibitions, pieces of theatre, any kind of narrative, that authentic Wampanoag voice would be there, front and centre, so that it wouldn’t be a chocolate box view of noble pilgrims going across and converting wilderness into a glorious effective democracy that’s spread throughout the world” says Vinken, who is also  chief executive of the Theatre Royal Plymouth.

“Actually, there’s a darker side to it, and the impact of it environmentally and culturally must not be forgotten, especially in the politics of today.”

Because the success of that first settlement in what became Plymouth, Massachusetts, attracted more colonists through the 17th century, who brought disease to the native Americans, expelled them from their land and enslaved men, women and children. The natives resisted, and in 50 years from the first landing and after bitter fighting, the Wampanoags were all but extinct.

Their story will be a central part of the exhibition in the £45m transformed museum and art gallery, The Box, which opens in the spring, with objects from both sides of the Atlantic and the results of new research. It will include examples of the famous Wampum Belts. Some of them ten feet long, which chronicle the Wampanoag story through wampum, the beautiful shells found on the New England shores.

“The Mayflower story cannot honestly be told without including the Wampanoag nation and the devastating impact of colonization on indigenous people" says Paula Peters, a member of the Mayflower 400 Wampanoag Advisory Committee. "We are grateful to have been invited to contribute our historical and cultural knowledge to this commemoration unencumbered by centuries of marginalisation and uncensored by contemporary event planners. Exhibits, events and activities produced by the Wampanoag or developed under our guidance will challenge what you may think you know about colonisation in a very authentic, and we hope thought-provoking way. But the biggest takeaway we hope you discover is that we are still here.”

Also on the back of Mayflower 400 is the development of the Grade II Listed Devonport Market Hall which is in a £5m transformation to turn it into a digital arts centre, including office, laboratory and teaching space. The Elizabethan House, a Tudor one-time boarding house where some of the pilgrims would have stayed preparing for their journey, is being restored and will open in the summer. And the Theatre Royal is putting together a community play, This Land, involving 30 members of the Wampanoag nation and 70 inner city Plymouth dwellers.

But the Mayflower pilgrims had come from Puritan centres around England, escaped to Europe, and then as new perils encroached were brought from Holland by The Speedwell.

So a Mayflower Trail will spread across England to the communities the separatist worshippers originally hailed from, 14 points of involvement: Austerfield, Scrooby & Babworth, Gainsborough, Boston, Immingham, Chorley, Dorking, Harwich, Rotherhithe, Southampton, Dartmouth and Plymouth, but also Plymouth, USA, and Leiden in Holland.

There will be small scale community events in co-ordinated  Mayflower Sparks, activities that might have been familiar to the pilgrims like morris dancing and yarn bombing – covering street furniture in colourful knitted caps in a sort of knitted graffiti - crochet sessions, school projects, and more modern ones like hip-hop street dancing. There will be sporting programmes, a naval muster with British, American and Dutch chips, a Royal Marines triathlon for injured servicemen, and a major ceremony on Plymouth Ho on Sept 16th  2020.

The captain and part-owner of the Mayflower was Christopher Jones whose house in King’s Head Street, Harwich, still stands and is being restored to open to the public next year as part of Mayflower 400. The Mayflower itself was built in Rotherhithe and returned there in 1621 and is thought to have been broken up. Captain Jones returned with the ship, but died in Rotherhithe in 1622.

In 1955-56 a replica of the Mayflower was built in Devon and sailed to Massachusetts as a gift to the United States in thanks for the country’s support in the Second World War. At the Plimouth Plantation museum it fell into disrepair but has now been restored – at a cost of £13.2m – returning to Plymouth, Massachusetts, for the anniversary year.