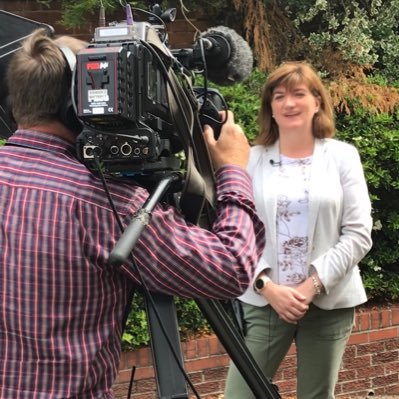 TAITMAIL The arts plea, and the real reason Nicky Morgan is back in the frame

Despite the feeble acknowledgement of the importance of culture in the Tory manifesto and the no more encouraging Queen’s Speech yesterday, Boris Johnson is clearly taking the arts seriously. Almost his first act since the general election has been to appoint a culture secretary.

In fact he’s reappointed Nicky Morgan, the former remainer MP for Loughborough who stood down to spend more time with her family but who is returning to the cabinet seat she had been occupying for all of three months on behalf of DCMS, an office whose revolving door has seen the occupant change eight times since 2010. She will do the job from the House of Lords.

The arts sector has wasted no time either. Barely had the press announcement about Morgan’s appointment landed in our in-trays than Tate’s director Maria Balshaw was on her feet – at a convenient Christmas gathering of the arts press – to demand a creative education in the curriculums of primary and secondary schools, a now familiar call. “Access to the visual arts in this country must not depend on social and economic advantage” she said, adding that private schools put a premium on a rich cultural education. “We need a level cultural playing field for all children because we want and need visually literate adults.”

Why? Because it makes them better people, but more resoundingly for government ministers that visual awareness feeds the creative industries that are worth £100bn a year in GVP to our economy as the biggest and fastest growing industrial sector. It’s an industry that depends heavily on the free flow of talent across borders.

Balshaw won’t have forgotten that when she was education secretary five years ago Morgan said that too many pupils were taking arts and humanities GCSE and A levels, choices that would “hold them back for the rest of their lives”. Balshaw’s remarks are on the back of the Tate Britain exhibition by the Turner/Oscar winner Steve McQueen, Year 3, emphasising the importance to communities of creative awareness in our children: “Art and creativity are so important to science, to maths or to any other academic venture” he said. “Cutting arts education means you cut off inventiveness which impacts on being creative".

Others have fallowed Balshaw, but the Creative Industries Federation was even quicker off the mark the day after the election, calling on Johnson to ensure there was an unconstricted flow for creatives between Europe, both ways. Now the Fed has issued a pro forma letter https://www.creativeindustriesfederation.com/news/work-creative-industries-write-your-mp
for you as a cultural entrepreneur to send to your MP informing them of your investible-in virtues as a cultural asset – though really it’s a Trojan Horse to reiterate its ten point plan for the future, which is worth spelling out briefly.

Ah, but cynics among Boris watchers are not seeing the Morgan appointment as a gesture in support of culture. It’s got nothing to do with the creative industries, education or special visas for artists, and everything to do with that other side of DCMS life, broadcasting.

The word is that Dominic Cummings… sorry, the Prime Minister…  is actually firing a fairly unsubtle shot across the bows of the BBC and Channel 4 which is not so much a warning as a statement of intent. She is only keeping the seat warm until the major reshuffle in February when arch Brexiteer and Beeb Baiter General John Whittingdale, who resigned from the job three years ago after revelations in the media about his private life, is expected to return with a mission to belabour the broadcasters the Conservatives feel offended by.

And the arts and culture, as they always do in the end, will have to find a way of looking after themselves.

The next scheduled TaitMail will be on January 10. Meanwhile, we hope you enjoy a cultured Christmas and a creative new year.