Collisions may not be headline-making events like the credit crunch of 2008, they can be small crises such as the need to find studio rent or the arrival of new online competition. “A lot of different figures have talked about innovation happening where collisions occur” says Simon Cronshaw, joint managing partner of REMIX with Peter Tullin. “More and more it's becoming de facto that you have to be in this stuff or else…” We have to be constantly innovative, with technical development moving on almost daily, businesses diversifying and frequent updates vital.

“This stuff” is the mingling of creative drive with technology and entrepreneurialism, the subject of REMIX Summits which have been happening at different venues around the world four or five times a year since 2012. The most significant to date is likely to be held in London on January 27 and 28, at the Royal Opera House and Royal Academy.

In 2005 Cronshaw and Tullin met on the team of the then Arts Council funded Arts & Business sponsorship and support agency. They left two years later to found CultureLabel, an ecommerce marketplace that specialises in artist-designed gifts and accessories from museums, galleries and cultural institutions.

Their CultureLabel experiences revealed how much creatives, technologists and businesspeople had in common in terms of needs, and how little contact they had. They set up REMIX partly to help their clients, but in 2014 sold CultureLabel (now operated by Bridgeman) to concentrate on the summits. The first was in London in 2012, the second 18 months later in New York hosted by Bloomberg, Google and the Museum of Modern Art.

“The summits aim to get the best of creatives with the best of technologists and the best of business. They’re facing similar issues, so it’s worth swapping notes and creating collaborations around them – we all need to know the latest about sustainable business models, the future of marketing, how to create immersive experiences, creating new audiences, and technological companies acknowledge that they need artists now to push boundaries.”

It gets them out of their separate silos, the atmosphere is charged “and the rest just happens” he says. Pre-2012 it wasn't as easy to find a forum dedicated to such a dialogue.

“One of the things we agreed early on was that we didn’t want to have to convince people” Cronshaw says. “At each event we wanted to jump straight in with conversations, to attract people already thinking this way and looking for the latest briefings and latest collaborations. The right people in the room who can get stuff done.”

The model for the summits is to get as much knowledge exchanged as possible by having as many speakers as possible – this time there will be 400 participants in London, half of them creatives and the rest technologists, business leaders, policy makers and media, and more than 50 speakers. The system is “Follow the Speaker” in which rather than a few keynote half-hour addresses followed by questions and answers, the lecturers will speak for around ten minutes and then move to another smaller space where those who want to – typically ten to 15 - can follow for a more in-depth moderated briefing. “That way you get a longer, deeper engagement”.

This time the speaking programme is punctuated with leading names in technology, from immersive world makers Meow Wolf (the main image shows Meow Wolf’s House of Eternal Return ) to Facebook and Lego, and including the heads of the Royal Opera House, the Roundhouse, the Royal Academy and the photographer Rankin, with the summing up coming from Turner Prize winner Grayson Perry. There will also be workshops and space for practical discussions.

REMIX Summits are extending globally – they already take place in London, New York, Australia (Melbourne, Perth and Sydney), Moscow, Dubai and Istanbul with partners in each, and there will be innovators from Asia thanks to REMIX’s new partners in Singapore and Tokyo, where an imminent announcement is expected on its Cultural Expo for this Olympic year, based on London’s Cultural Olympiad of 2012. Partners include Microsoft, Google Arts & Culture, and in the UK the Art Fund. Tickets cost £345 to £565, but to ensure no-one who needs to be there is excluded for cost reasons a third of the tickets are allocated free. 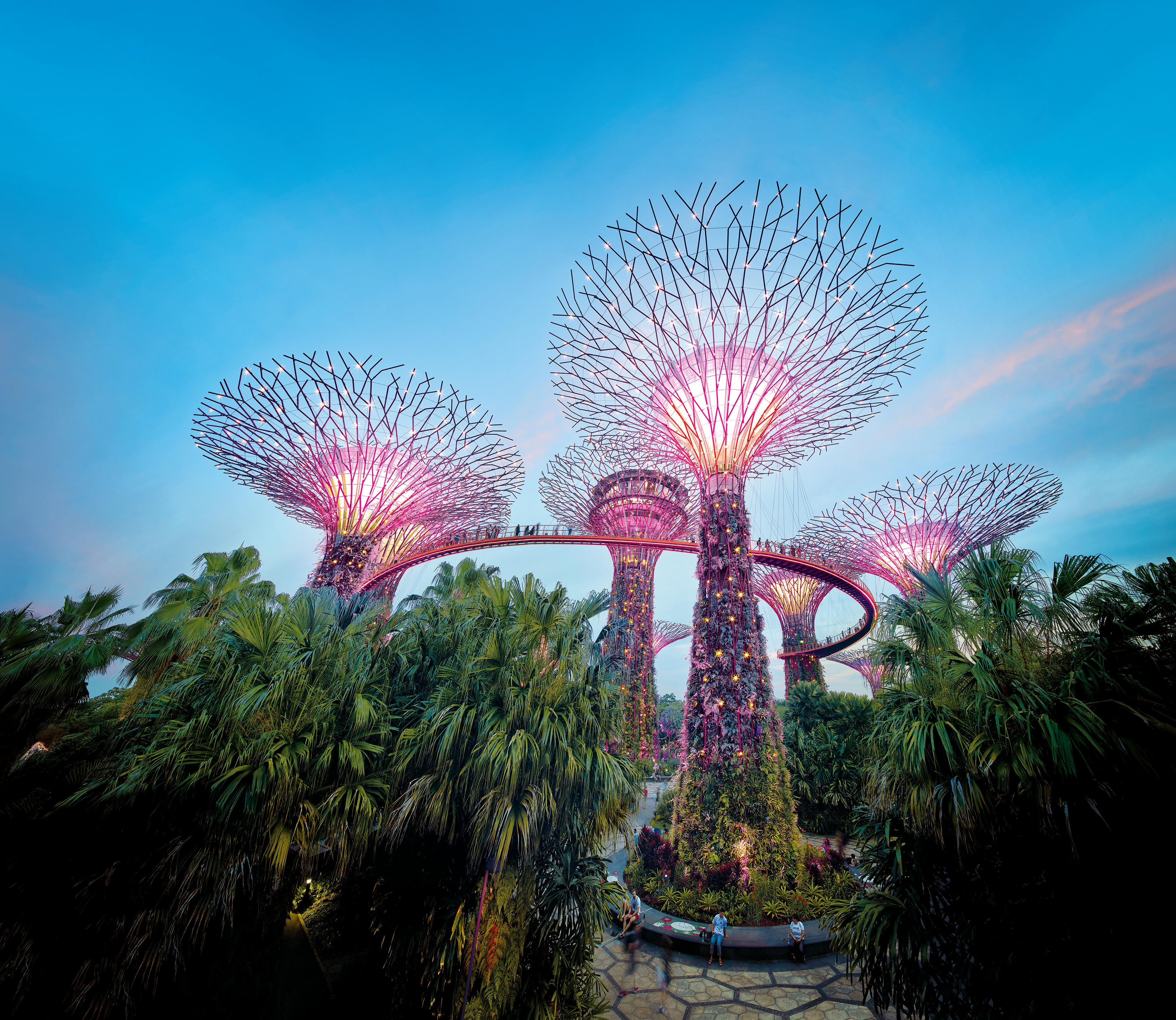 This month’s London summit is likely to be the most important so far, as well as the most different. says Cronshaw. Two urgent issues arising will be climate change and Brexit, each of the three components learning how to approach and absorb these most immediate challenges. One special guest speaker will be Boon Gee Ng, senior director of the Gardens by the Bay (above), Singapore’s nature park development of the Eden Project concept which attracted 9.7m visitors in 2018; there will also be speakers from Europe, as all three sectors tackle the complexities of political and economic division with the Continent

The UK has been head and shoulders above the rest of the world in the creative industries, but not any longer: the innovators of Asia and even Australia (where the state of Victoria, which includes Melbourne, is shaping its economic profile around creativity, having learned from the UK’s experiences over 20 years) are snapping at our heals.

“As a result it becomes the most essential place to be, in a room meeting people from different parts of the world and different industries” Cronshaw says. “It becomes critical that we are able to be sure we can be innovative moving forwards.”