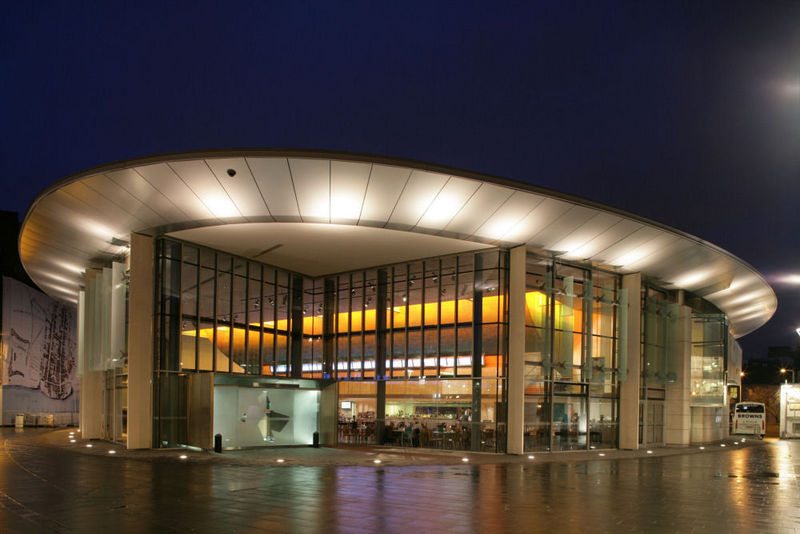 “Sustainability” is one of those yawn-inducing words that has suffered through overuse, especially in those tick box council reports that have become a too regular feature of local government.

But it masks an important idea which, in the headlong rush for “innovation” and “freshness”, is in danger of being forgotten. Sustainability is vital. If you build a new arts building or refurbish an old one, you have to think about what will happen there once the smell of freshly painted walls and the aroma of new carpets has filtered away. Will people use this arts facility? How will it pay its running costs? Where will the money come from? Will there be a long term commitment from audiences, from staff, from funders?

Answering these questions is especially important in an era when it seems that there’s oodles of money available for infrastructure and not so much for day to day spending. We are about to enter another such cycle with the Johnson government.

Ministers and MPs are loudly trumpeting the cash that is coming the way of Northern cities and towns in the form of new railways, roads and high street regeneration. Undoubtedly some of that money will find its way to the cultural sector, whose high street presence is often the only constant in an internet-driven world where shops are disappearing at an alarming rate.

But there’s a sting in the tail, of course. There is no such thing, even in the Johnsonian era, as a free lunch. The Chancellor, Sajid David, wants 5% cuts across all departments in the upcoming budget. That will mean you too, Department for Digital, Culture, Media and Sport. Most of that will come, as it has done in the past ten years of austerity, from day to day spending. So expect more “pruning” in the Arts Council budget.

Now add to that equation the vagaries of the latest local government spending settlement. It’s a new reformed version and, as in every other occasion when the settlement has been revised, there will be winners and losers. Surprise, surprise, the losers this time will include many Northern councils still run by Labour, and the winners will be southern shire counties run by the Conservatives.

These figures, recently revealed in an analysis by the Local Government Association, have been pooh-poohed by Number 10, but the truth will out when budgets are hammered out in the next few weeks. So the squeeze is likely to continue in those parts of the country most hit by unemployment, health problems and other social disadvantage. The Trojans loved that shiny new wooden horse, a glorious piece of infrastructure for the city, but soon realised what kind of “gift” the Greeks had bestowed on them. Arts organisations would be advised to keep a wary eye out for a similar sort of government generosity.

Mind you, England is not the only place where sustainability should not be forgotten. Perth, the fair city of Scotland, is also learning some hard lessons.

Perth was a much vaunted challenger for the title of City of Culture for 2021, the accolade that was eventually taken by Coventry. In 2017 the city had made a spirited attempt to win the prize, citing its multimillion-pound investment in the city’s theatre, museum and art gallery and its concert hall, as evidence of the commitment to culture. Fast forward less than three years and we now find councillors quibbling over a £40,000 grant to the Perth Festival of the Arts. The money was eventually agreed for a limited period, amid much harrumphing that “this subsidy cannot go on when times are hard”. Could this be the same council that was promising to make Perth the cultural centre of the known universe back in 2017?

Times have indeed changed, not least because the council has recently had to bail out Horsecross Arts, the charitable trust set up to run the Perth’s concert hall (pictured) and arts centre.  A damning report on financial management at Horsecross, a series of board resignations, a serious decline in audiences at the venues, dropping by half in just 12 months, have all given councillors a major headache and one can imagine that they feel the gloss is coming off the cultural investment they made over the previous few years.

But there’s the rub. It’s not enough to pay for a shiny new arts centre, you have to run a programme that engages audiences and acts as a magnet for visitors. You need a long-term commitment to invest in new audiences and make culture part and parcel of the everyday life of your citizens. And yes, you have to be prepared for mistakes to happen, ideas not to come to fruition, plans to go awry.

It’s that kind of long term commitment that has paid off in a city like Liverpool, where millions of visitors still pour in more than a decade after its twelve months as European City of Culture, or in Manchester where critics doubted the viability of an internationally themed festival and now applaud the fact that the city is a global tourist destination.

By continuing to invest and support the many manifestations of the arts in their communities, even in hard times, these two cities have shown what real sustainability means.

And now a word to our (prospective) sponsors. Arts Industry is the independent voice for those working in and for the arts and cultural industries, bringing you news, features, jobs, opinion and pictures daily, with this blog coming separately to subscribers once a week. Take a look at the website at www.artsindustry.co.uk. Our audience has grown by more than 50% in the two years since we went online only, and we need to develop to meet the needs of that growing audience. If you like what we’re doing, help us get even better by making regular donations through the Patreon button under the masthead on our site.

Whether you do or not, thanks for your support over the last 19 years.