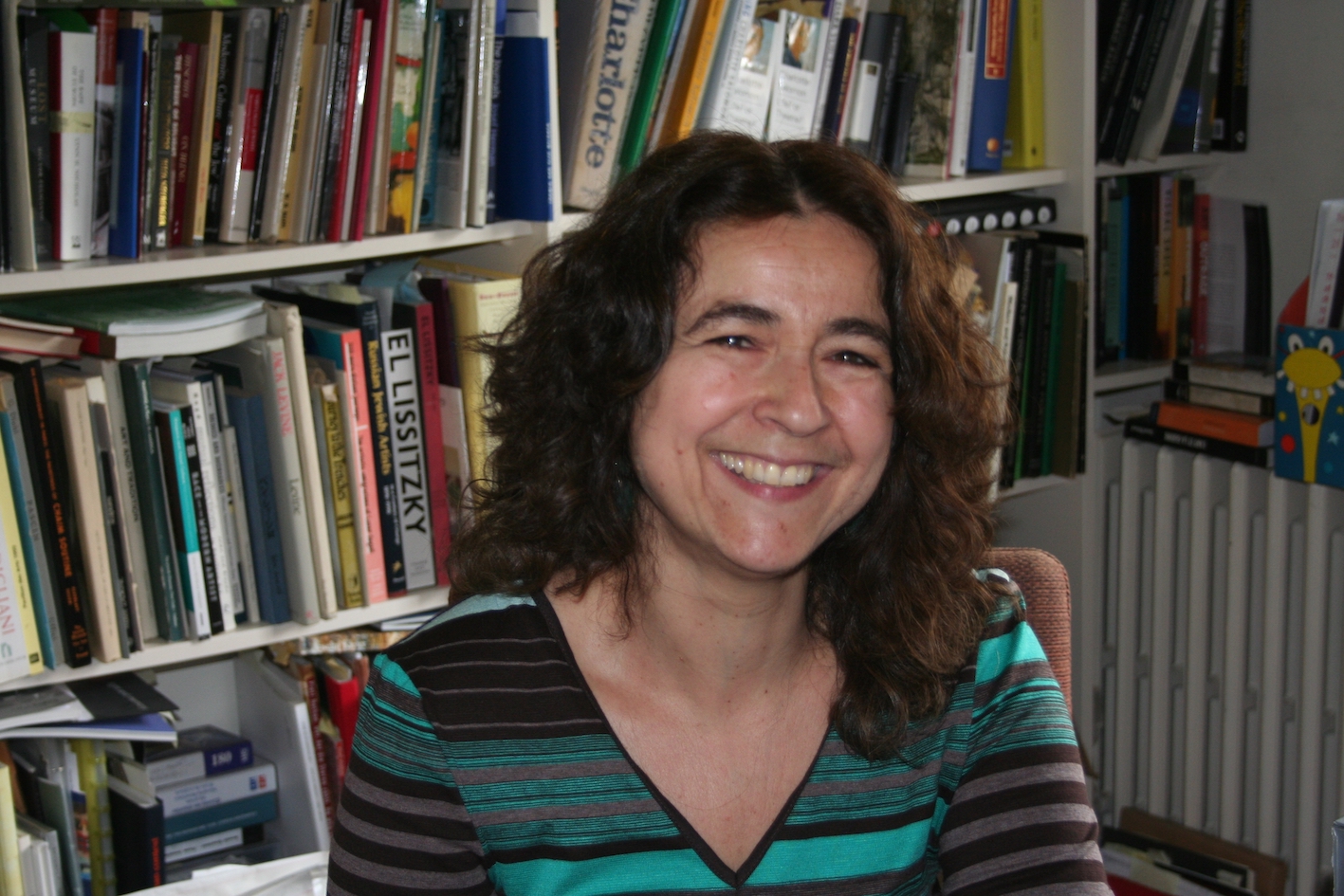 MY STORY The gifts of the outsiders

Insiders/Outsiders has been a year-long nationwide festival celebrating the accomplishments of the artists, photographers, writers, architects, designers, actors, film-makers, dancers and musicians who fled Nazi Europe in the 1930s, and how they enriched British culture. Its director is Monica Bohm-Duchen, author of Art and the Second World War (2013) and contributing editor of the companion volume, Insiders/Outsiders; Refugees from Nazi Europe and their Contribution to British Visual Culture https://www.lundhumphries.com/products/113882).

What is your own background?

As you may well have guessed, I’m the daughter of Jewish refugees who came to this country in the very late 1930s. My father came from Poland at the age of 18; he later discovered that his mother and younger sister died in the Warsaw Ghetto. My mother is the photographer Dorothy Bohm (now 95), who came to the UK as a girl of 14 from Lithuania, leaving her parents and younger sister behind. Against the odds they survived the war in Soviet labour camps, but many extended family members perished. Both my parents remained profoundly grateful to Britain, but like so many other refugees, fully repaid that debt.

As a writer and curator you have made a specialism of Jewish artists. Is there one in this period that stands out?

That’s an invidious question to have to answer! The more you delve into individual life stories, the more extraordinary they become. But if you really want to put me on the spot, my gut reaction is to single out Eva Frankfurther, born in Berlin to a cultured, assimilated Jewish family in 1930 and who came to England in 1939. She trained as an artist at St.Martin’s (where the much better-known Frank Auerbach, also a child refugee, was a fellow student) and later chose to live in the East End, where she portrayed the increasingly diverse immigrant population with immense empathy and humanity. Tragically, she took her own life at the age of 28.

How would you describe Insiders/Outsiders, and how did it come about?

The idea for the festival came to me about 3 ½ years ago. I was pondering the possibility of an exhibition focussing on Hampstead in the 1930s, a site of sanctuary and rich cultural interchange, when it came to me in flash that this had the potential to become something hugely more ambitious. The project soon grew exponentially as I put out feelers, in the first instance mainly to academics I knew had an interest in this cultural terrain. One contact, one idea, one introduction led to another and so it went on. I have to say, though, that the level of interest in the theme of the festival has exceeded my wildest expectations.

The period you’re concerned with was over 80 years ago. Why is it relevant today?

Yes, on the one hand, the 1930s were a long time ago; but I’m hardly the first to point out the uncomfortable similarities between then and now. The British government, then as now, was hardly in a hurry to take in refugees, and it was largely through the efforts of well-meaning individuals that some 70,000 were eventually allowed into the country. Equally, the generation which lived through those difficult times is on the verge of disappearing, and their experiences are moving from living history into the realm of memory. It therefore seems a fitting moment to play tribute to them. And in the present climate of anti-immigrant insularity and xenophobia, their fascinating, often heartbreaking stories of resilience and creative achievement against the odds fully deserve to be kept in the public eye.

Which institutions have supported your programme, how, did they provide all the funding and how much has the festival cost?

The festival could never have become a reality had it not been for the willingness of all the participating venues to contribute to a venture that speedily became far greater than the sum of its parts. These venues have ranged widely, from Tate Britain, Trinity Laban and the Wallace Collection to Glyndebourne, Kelvingrove Art Gallery and the Royal Northern College of Music. In effect, the festival became a big, inclusive umbrella organisation, whose operational costs were funded mostly by charitable trusts and individuals, as well as the Association of Jewish Refugees. With only a few exceptions, funding for individual projects came from within the organisations playing host to them. But essentially we operated on a shoestring throughout.

Why did you choose 2019-2020 for it, and what have been the highpoints of the festival?

2019, as the 80th anniversary of the outbreak of World War Two, seemed an appropriate moment to take stock of the immense contribution of those who found refuge here just in time. As for the highpoints, another difficult question! But if pushed, I’d single out Brave New Visions: The Émigrés who Transformed the British Art World, hosted by Sotheby’s, London, last June but initiated by Insiders/Outsiders and brilliantly curated by my colleague Sue Grayson Ford; The Ballad of the Cosmo Café, a witty and poignant play with music devised and directed by Pamela Howard; and Another Eye: Women Refugee Photographers in Britain after 1933, a fascinating group exhibition currently on show at Four Corners Gallery, Bethnal Green. Indeed, a personal highlight for me has been the large number of projects that have brought women artists into the limelight.

How difficult was it to bring 150 different events together, and what was the most difficult to bring off?

What was absolutely crucial was working with a small but truly committed team of colleagues, notably Marilyn Greene, Rachael Adams, Iliana Taliotis and Kirsten Dennis, on gathering all the information into databases, creating a website and orchestrating the PR and digital marketing campaign. As an art historian, I also relied heavily on the guidance and support of experts in other fields such as music and dance. But once the word started getting round, more and more organisations approached us to say that they were keen to become part of the project and it acquired an unstoppable momentum of its own. Aside from the Sotheby’s exhibition, I can’t think of one event that was more challenging to bring off than the others. But it’s generally been easier to work with smaller, more flexible institutions than with the bigger and more bureaucratic ones.

Has the current spate of anti-semitism resonated in the festival, and is it something the arts and creativity can challenge?

A primary motive in organising the festival was to demonstrate – in an entertaining, thought-provoking but non-didactic way – the importance of cultural cross-fertilisation and of the deep, long-lasting and wide-ranging contribution that refugees - all refugees - can and do make to their adopted country. As such, it stands as a riposte both to antisemitism and to racism more generally – I firmly believe that the two are rarely far apart. And I’m glad to say (although I admit I was half-expecting some negative responses) that reactions to the festival from the press and public alike have been uniformly positive.

It was not only Jewish artists that sought refuge from the Nazis. Do you also acknowledge the non-Jewish émigrés that escaped here?

Of course. By force of historical circumstances, the vast majority of the refugees were Jewish, although it’s worth noting that many, if not most of them were not religiously observant. In other words, it was only Hitler’s genocidal policies that forced them to acknowledge their Jewishness. But a significant number weren’t Jewish. Some were married to Jews, others refused to dismiss Jewish colleagues; some (many of them Communists) fell foul of the Nazis because of their outspoken opposition to the regime and/or their modernist art practices, abhorred by the Third Reich as ‘degenerate’. And some non-Jewish modernists were initially prepared to accommodate to the regime but fell out of favour and decided it was time to leave. All have had a place in the festival.

Insiders/Outsiders is due to end at the end of March. What will the finale be, and what happens afterwards?

There’s no grand finale as such; but the fact that the March programme is such a rich one speaks for itself. As importantly, there are so many relevant events in the pipeline for later in the year (and beyond), that we’ve decided to keep the Insiders/Outsiders website (https://insidersoutsidersfestival.org/) up and running for as long as possible, to function not only as a record of past events but as an on-going source of information about future  events and a repository of other relevant material. What’s more, we are currently exploring the possibility (funding permitting) of organising an annual or perhaps biennial ‘mini-festival’, to keep the richly rewarding and still topical theme of the festival firmly in the public eye.