The streets, squares and theatres of Birmingham will come alive this June when three festivals join together in a celebration of dance.

Birmingham International Dance Festival (BIDF), B-SIDE Hip-Hop Festival and Curated by Carlos are expected to attract audiences from far and wide to see performers from across the globe. Created separately by DanceXchange, Birmingham Hippodrome and Birmingham Royal Ballet, the festivals are joining force to put Birmingham firmly on the dance map this summer.

Launched in 2008 and produced by DanceXchange, the city’s dance development agency, BIDF is Birmingham’s biennial signature festival. BIDF 2020 will take place from June 15 to 21, bringing world-class dance and choreography to venues and public spaces across the city. This will include a substantial free outdoor programme taking over Birmingham’s Centenary Square, showcasing some of the best dance performances currently touring from across the world, as well as social dance activity, workshops and lots of opportunities for everyone to take part.

Birmingham Hippodrome’s B-SIDE Festival, now in its fifth year, has grown to become the UK’s biggest free hip-hop festival, and one of the largest in Europe. This year’s event between May 29 and June 7 features dance battles, live music, graffiti, theatre and spoken word, street sports, films, talks and workshops. 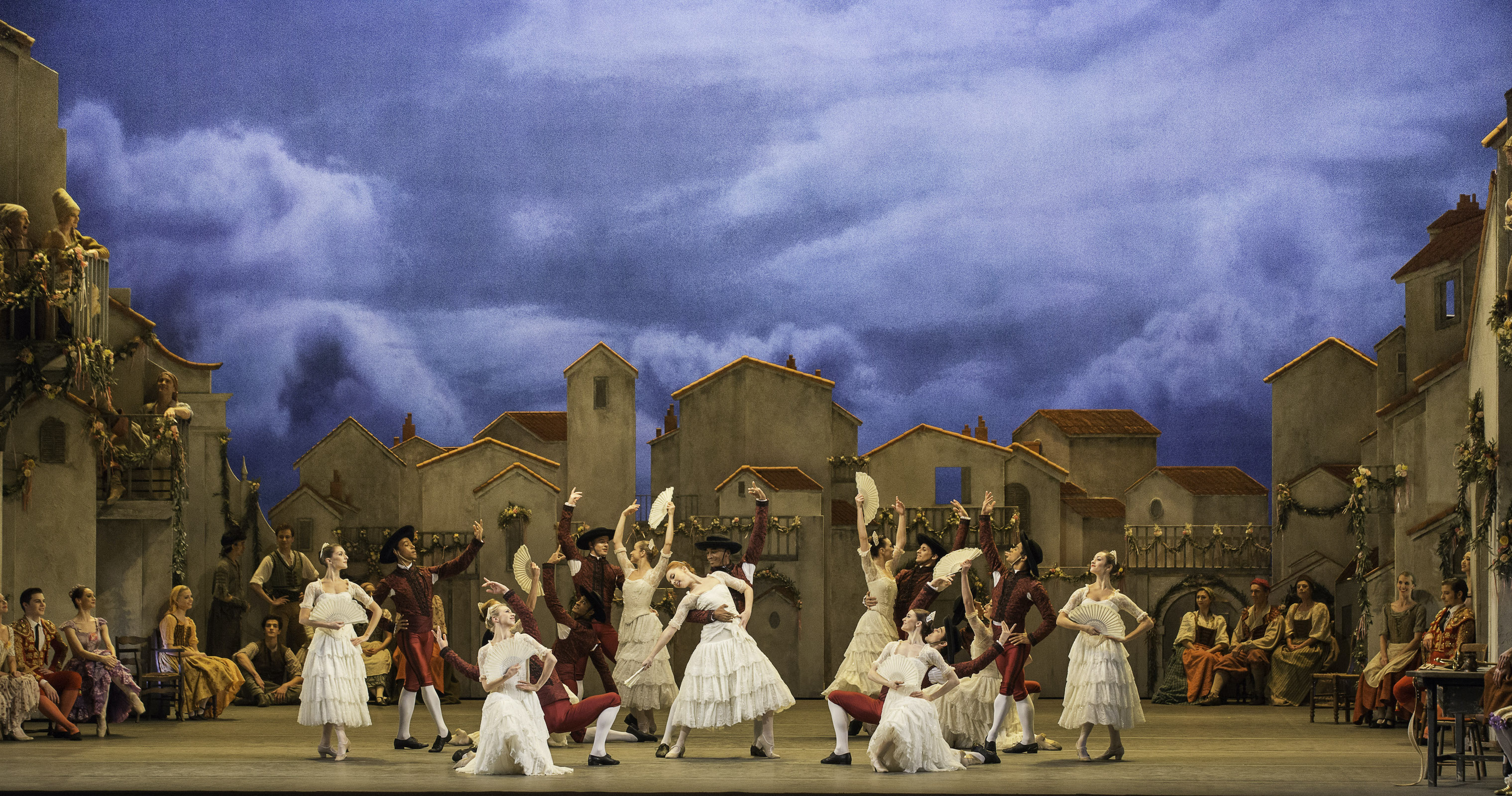 Birmingham Royal Ballet’s festival Curated by Carlos marks the ballet superstar Carlos Acosta becoming the company’s new director. Audiences will have the chance to see Acosta’s huge production of Don Quixote (above), only ever seen in the UK before at the Royal Opera House; enjoy an exhibition by acclaimed visual artist Conrad Shawcross inspired by Victorian mathematician Ada Lovelace, complete with a robot and live musicians; hear talks by artists and writers who inspire Carlos Acosta. It all culminates in a family day of free activities taking over Birmingham Hippodrome on Saturday, June 27.

With all three festivals coming together, Birmingham Hippodrome artistic director and chief executive Fiona Allan says the city will be packed with opportunities for people to see, participate in and enjoy dance.

“Festivals like BIDF and B-SIDE have built up a strong reputation and have always been designed to be festivals which are largely outside of the theatre – that’s how you encourage people to see dance.”

“For a lot of people, a chance encounter with something that is happening in a festival outdoors is the way they will first have any kind of contact with dance as an art form. They will see something which is bold, brave, exciting and different that they didn’t even know that they liked. And they can do that without spending any money or having to dress up, or go anywhere formal or feel they are making a commitment to sitting down and watching a performance for two hours.

“It’s breaking down the barriers to enjoying dance, it’s making it as easy as possible for people to come across something that is enlivening our streets and making Birmingham a more interesting place to be.”

With the addition of Curated by Carlos, which takes place at the Hippodrome, the three festivals will feature a huge range of dance and other activities from hip-hop to robots and contemporary to classical ballet.

“This year there’s a lot more cross-over planned between these festivals which demonstrates the partnership between ourselves, DanceXchange and Birmingham Royal Ballet. A great example is that B-SIDE will be performing during the opening night of BIDF as part of a large-scale outdoor programme that kick-starts BIDF’s exciting ten-day takeover of Centenary Square, and Birmingham Royal Ballet will perform Carlos Acosta’s stunning production of Don Quixote at the Birmingham Hippodrome as part of the final weekend of BIDF” says Allan.

“The festivals are bringing events to the city that you don’t see at other times of the year. They are programmed with that in mind and so people will come into Birmingham especially to see these performances and artists.

“For B-SIDE we will be welcoming hip-hop and break-dancers from Hungary, France, Hong Kong, the USA and the UK so it really is now an international hip-hop festival.

“There is a wonderful synergy in the fact that the festivals are all taking place at the same time and it’s a wonderful hook to encourage people to come to the city and experience the amazing dance that we have to offer. But it’s not just these three festivals - year-round there’s a phenomenal dance offer here.”

BIDF attracts artists from all over the world committed to pushing the boundaries of dance as a contemporary artform, as well as providing a platform for local talent to shine. Since its beginnings in 2008, it has become a powerful cultural asset for the city and it continues to grow in reputation and significance internationally.

BRB this year celebrates the 30th anniversary of its move to Birmingham and in more recent years the city has become the base for other internationally recognised dance companies and artists including Rosie Kay and Sonia Sabri, who are both associate artists of the Hippodrome.

Last year saw the move of One Dance UK to the city and the official opening of Dance Hub, a new studio and office space on top of the Hippodrome building. Allan ( below) says all this development is having positive results for the dance community and audiences in the city. 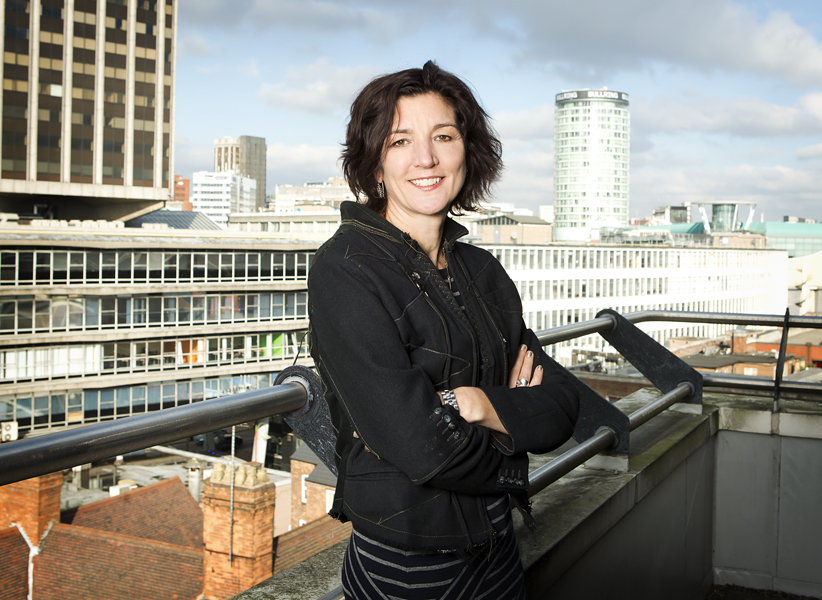 “The reason we are all coming together to shout about Birmingham as a dance destination is because there has been a significant investment in dance in the West Midlands and Birmingham in particular over the last four years” she says.

In particular this has led to the development of Dance Hub Birmingham, which is an active partnership of organisations and individuals, representing the region’s professional dance sector. Together, these all support the development of the artform in all its diversity, seeking to drive the sector forward and position Birmingham and the wider region as a globally significant area for dance.

“Capital and project funding has enabled us to achieve things like building the new Dance Hub space at Birmingham Hippodrome. There has also been an increased recognition that outside of London, Birmingham has the biggest concentration of dance activity in the country.

“All the companies have a commitment to making Birmingham an amazing place for dance artists to develop their careers. We don’t want to see a talent drain to London. We are all providing the support, the resource, the opportunity and the performance platforms for artists locally to be able to have a creative career here in the West Midlands.”

Both BIDF and B-SIDE have brought new audiences to the city and the partners hope to continue that work with the addition of BRB’s Curated by Carlos.

“B-SIDE is one of our home-grown festivals and it has always been about free and low-cost access to amazing dance and graffiti arts. Last year we introduced urban sports like basketball and BMX biking” says Allan.

“B-SIDE has grown incredibly over the past five years from something which was just held in our Patrick Studio when we first started, to something which is now taking over the Arcadian and venues outside. It took over a car park last year and it has also been presented on our main stage in the Hippodrome. It brings in a very different audience – 61 per cent of people we engage through B-SIDE Festival have never been to the Hippodrome before. 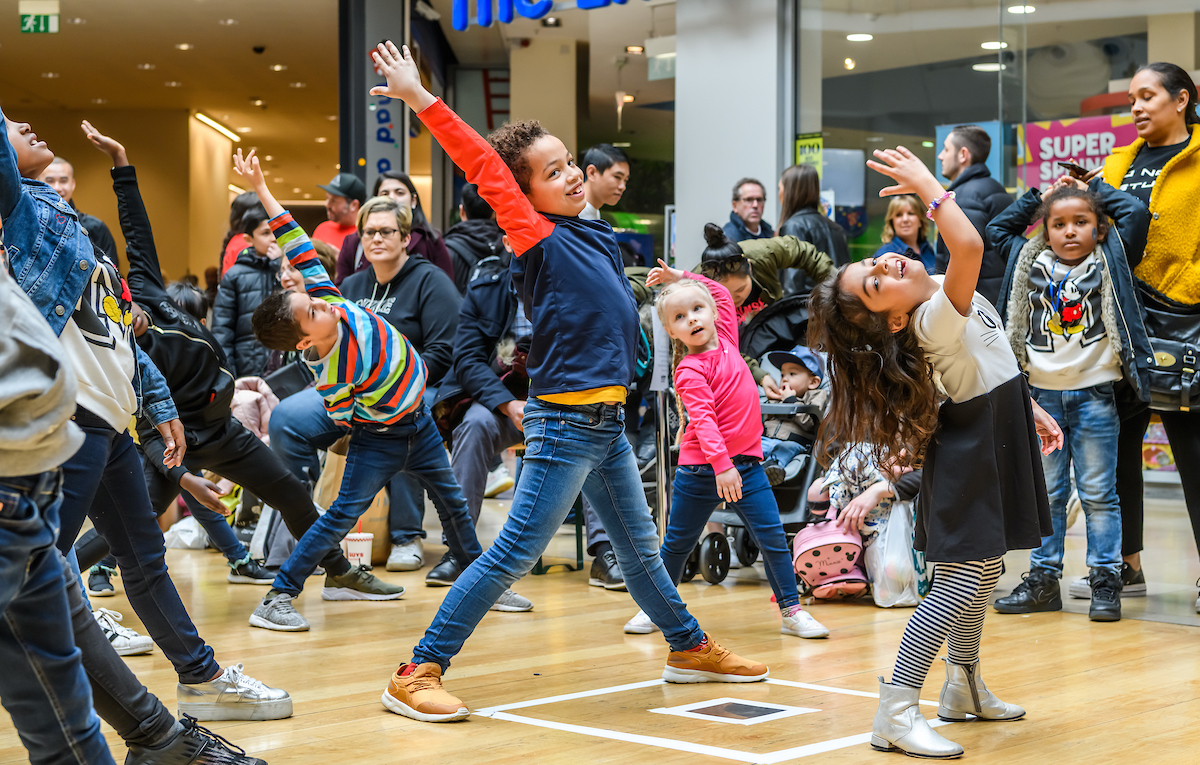 “With Carlos Acosta coming to Birmingham Royal Ballet, his vision and energy for BRB will renew a focus on young and diverse audiences and it’s fantastic that Don Quixote will be performed for the first time outside of London here at the Hippodrome.”

Last November Fiona was named Chair of the new West Midlands Regional Board for Tourism and she is aware of the economic value of the festivals.

“There are more than 100 festivals taking place in Birmingham each year and it is a fact that cultural tourism is really going to drive tourism in coming years” Allan continues. “What we all need to be focussing on now is not just the fact we have Coventry as City of Culture in 2021 and the Commonwealth Games the year after but what we want to have as a legacy project out of that. What do we want those events to deliver for the region?

“As we continue to grow arts and dance festivals, both for and through the Commonwealth Games period, they can become part of the legacy place-making for the region.”

Working together, the city’s dance organisations have an essential role to play in driving this development forwards and continuing to build the city’s profile as a dance destination.

“Collaboration is important because together we can be greater than the sum of our parts,” Fiona Alan says. “If we can put resources, whether that’s time, money or expertise, into talent development for the region, we’re doing our job. Our mission to enrich the cultural life of the region, and you do that by enriching the region’s artists and developing the region’s audiences.”