The coronavirus lockdown has shown us that festivals are as much to do with communities as they are for attracting visitors. St John’s Church on London’s Southbank by Waterloo Bridge was bombed in 1940 and left roofless for ten years, before it was restored and rededicated in 1951 as the Festival of Britain Church. Every June for the last ten years it has been the centre of the Waterloo Festival, and in that respect 2020 is no different. Its director for the last three years has been Euchar Gravina, a 26-year old Malta-born composer, and the chair is Canon Giles Goddard, vicar of St John’s. Waterloo Festival is on throughout June - online

How did the festival come about?

Giles: Festivals are a fantastic way to celebrate local communities and bring people together. Waterloo and South Bank is an area rich in history, culture and community. When I became Vicar of St John’s in 2009 I was struck by the lack of a festival celebrating Waterloo - so I started one. It was small to begin with but has always been intended to be a festival of arts and ideas. The first five years, up to the 200th anniversary of the Battle of Waterloo in 2015, focused on aspects of war and peace. Since then we’ve been focusing on community and creativity. 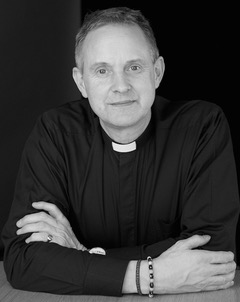 What are the highlights of the programme this month?

Euchar: Our focus shifts continually from Waterloo to the world and back again. We’ve got Orchestra for the Earth performing specially for the festival in a film with World Land Trust that premiered on June 5, World Environment Day (think Mozart meets Borneo), and bringing things closer to home are contributions from Coin Street Community Co-op, including a podcast recalling changes to the South Bank over the last 30 years. We have a gallery of local artists, a youth art series with Illuminated River, the project that’s lighting up London’s bridges, blog posts on LGBTQIA+ art and artists  in recognition that the festival coincides with London Pride month, and interviews with members of the St John’s Waterloo Ugandan congregation on campaigning for Ugandan human rights and standing up for African women and men during the HIV epidemic. There’s some serious talk on World Press Freedom with leading figures including Global Head of Reuters Alessandra Galloni and Rebecca Vincent of Reporters Without Borders and we have former Fairtrade boss Harriet Lamb talking about climate justice and new jobs. Coming up we have a premiere of remotely recorded Waterloo voices singing the two notes that make up a 1960s minimalist piece by American composer La Monte Young, recreated for Waterloo Festival by Rita Says and the Jerico Orchestra. We’re also honoured to have Storyradio, writing and recording stories set in Waterloo. One involves a meeting between a refugee and a volunteer set against the backdrop of End Game playing at our neighbour the Old VIc. Another draws on the writer’s experience as a patient at nearby St Thomas’s. 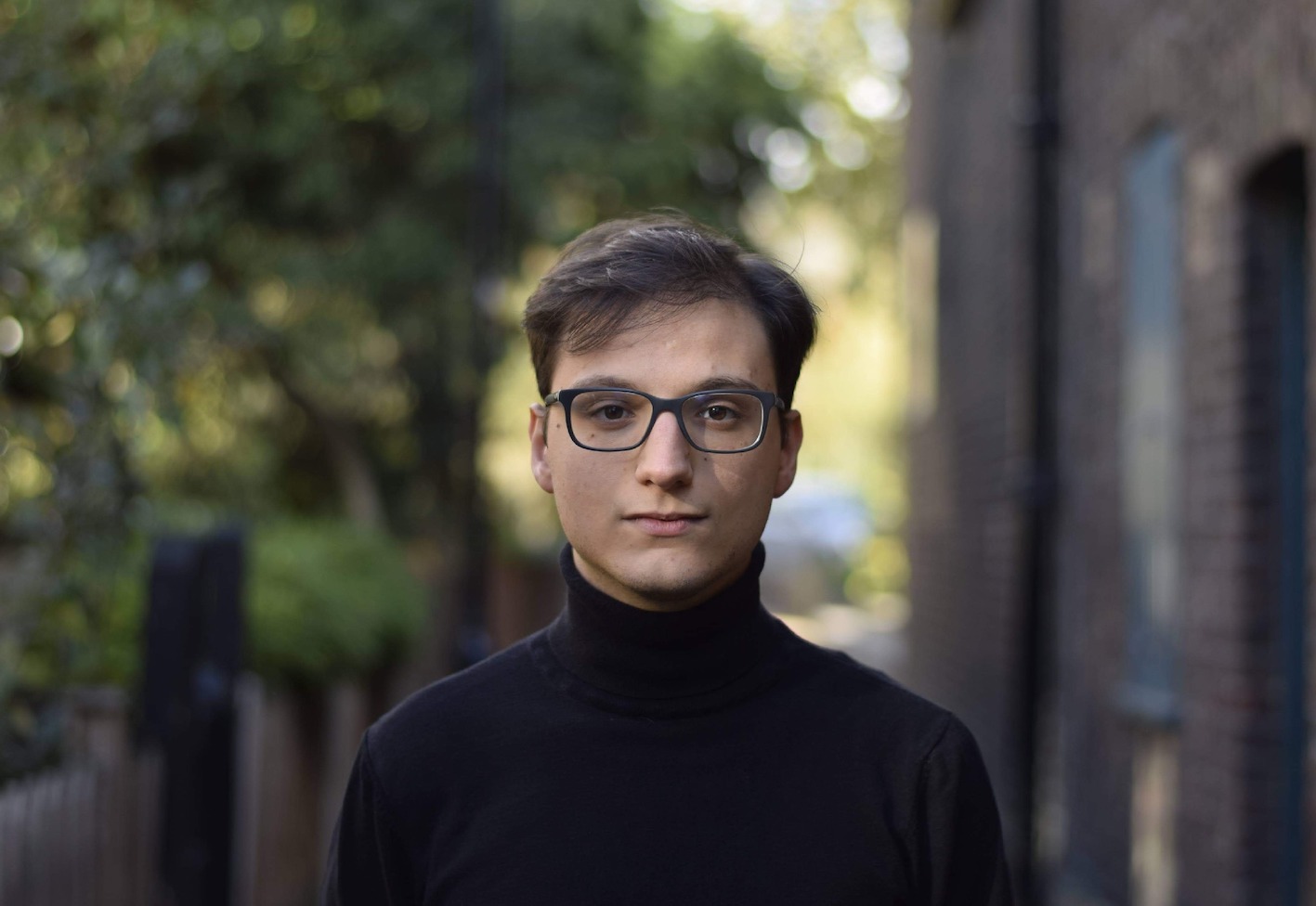 The Greek Revival church opposite the Imax is one of the most familiar buildings in London. Where does it draw its congregation from?

Giles:  The parish is a triangle with the South Bank from Westminster Bridge to Blackfriars Bridge as one side. Around 8,000 people live in the parish, and over half the congregation are very local. We also have strong links with the Luganda-speaking community from Uganda. And many people travel to St John’s because they are drawn by our focus on inclusive Christianity.

In normal times the neighbouring Southbank Centre is a festival site for much of the year. Why does the area need another festival?

Giles: Ours is a festival for local people by local people - but when we say local, that really means anyone who has any connection to Waterloo because we know that even people who simply pass through have a particular fondness for this part of London. You could say, we’re the fringe to the South Bank’s world-leading cultural offer.  And we’re also a bridge between its major institutions and the many local arts organisations in the ecosystem around them. While the big guys have to focus on an international audience, our role is to involve and connect people who live, work and spend time here. It’s no coincidence that our Artistic Director is a composer. He’s orchestrating all the different strands of Waterloo and South Bank creativity into something that everyone will be enriched by and that will last long after the festival is over. 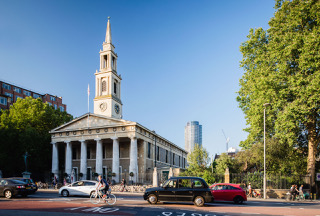 Is the festival entirely based on St John’s, what does it do for the church and how many visitors would you have in other years?

Euchar: The festival was started by St John’s and most of our events usually happen in and around it. It is part of St John’s strategy of being here for every part of the local community and means we can give even more support to the tapestry of local activities. As well as music in the nave, we hold exhibitions in the crypt, lunchtime concerts in the open air and sculpture exhibitions in our large churchyard garden.  And as we’ve established relationships with other venues we’ve taken events into the neighbouring area - the Leake Street tunnel, for example, and The Cello Factory gallery. The great thing about St John’s is that the openness of its main space allows for different settings, from an intimate film screening to a circular Sufi event, from a traditional orchestral concert set-up to a ceilidh. Audiences have been increasing every year, last year registering around 2,000 people in just two weeks for specific events and many more if you include those attending the exhibitions.

These aren’t normal times, so how have you managed to put a festival on now?

Euchar: We had to make a decision early in March to cancel provisional bookings and go online. It was tough because it wasn’t clear then whether all public gatherings would be banned nor for how long. But once we’d decided to make a go of it online, our partners and contributors got behind us and it was full steam ahead. Amidst all the uncertainty, there was a great enthusiasm to explore new ways of doing things and when our wonderful lead sponsor, HB Reavis, said they’d be just as happy to sponsor an online festival as they have been to sponsor the live festival in previous years, we knew it would be OK.

I think the other main factor that got us going was Hart Club offering to design the special Festival website for us -  it’s a work of art in its own right. Hart Club is a Lambeth Gallery that promotes artists with neurodiversity and they’ve used the handwriting and distinctive drawings of 71 year-old David Bassadone (main image) to give waterloofestival.com its visual identity. It makes the website somewhere that’s enjoyable to hang out, just like a real-life festival.

How has the public responded so far?

Giles: We’ve had very positive feedback from all quarters. The focus on Ugandans and the celebrations of LGBTI+ contributions are particularly welcome. Everyone is enjoying the curiosities of local history we’re unearthing, including the origins of the Roupell Street Conservation Area, the Necropolis Railway and Matt Brown of The Londonist has contributed articles on what happened to the old Waterloo Bridge and a clown who rode up the river in a goose-pulled chariot.

We’ve also had a terrific reaction to a piece on Hans Feibusch, the Jewish refugee artist who fled Nazi Germany and ended up painting murals in churches all over London and the South East, including two at St John’s. There’s a movement to bring his work to wider attention that we seem to have tapped in to. Watch this space!

Euchar, you specialise in choral works and orchestral composition. Are you involved in the church during the rest of the year?

Euchar: Yes, I’m the music director at St John’s, a role which involves preparing music for the liturgy and other religious services. We have an amateur church choir, accompanied by a wonderful organist, who sing their hearts out every Sunday and on several special occasions throughout the year. My favourite is the carol service when we team up with other amateur choirs from Waterloo and a brass quintet.

How is the festival funded?

Giles: The festival comes together mostly thanks to our sponsors, patrons and partners. This year we’re very proud to have HB Reavis again as our lead sponsor. Despite the strangeness of the current situation, they continued to place their trust in our work and reach. We are also very thankful to estate agents MyLondonHome and several private patrons who’ve donated towards making the Festival a reality. Equally important are the partners and collaborators who share resources with us and create so much of the content - Coin Street Community Builders, Morley College, Flux Soup, Crossbeam and many more.

Have you learned anything from organising this year’s festival that will change how you do it in future?

Euchar: The last few weeks have been a great learning experience - we’ve had the opportunity of exploring so many new ways of interacting and engaging with our community. The main advantage is that, in contrast with live events, most of our content can be accessed at any time, by anyone, anywhere. We’ve also had the opportunity to be flexible and react quickly to events - for example, by offering the festival as a platform for creative responses in support of Black Lives Matter. And we’ve engaged many more people in active roles than would usually have been the case. Rather than a three-week burst of live events, we’ve built content over two months, accepting ideas and collaborations as we go and creating a digital experience that no-one’s going to want to suddenly switch off - which is why we are currently discussing ways of making sure the festival lives on well beyond the 28th June!