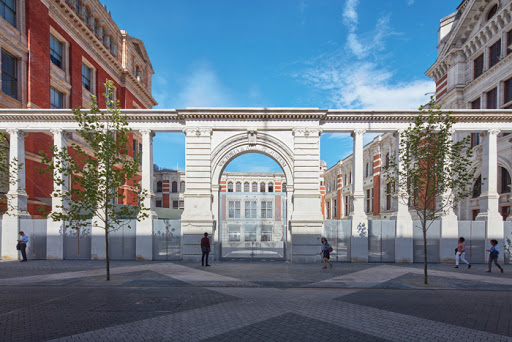 When I worked in the V&A two or three curatorial generations ago the best day of the week for colleagues was Friday, the day the museum was closed. No public getting in the way of research, cleaning, labelling, no noise, and in the best of all possible museological worlds it would be permanently closed to non-staff.

So for the last four months curators have been in nirvana, either working at home on cataloguing, attending Zoom lectures, writing their own learned tomes (because like all academics they’re expected to publish on their specialities) or in the galleries among their objects, loving them. That paradise is coming to an end.

The three major South Ken museums, the V&A, Science Museum and Natural History Museum, have been working together to stagger their reopenings next month, and also their opening hours, so that going to a national museum is no longer going to be a self-misguided mystery foot-slog through selfie-ing tourists to earn the right to pay homage to our art and science. Covid has changed all that, according to the three directors who jointly proclaimed an August return and how it was going to be.

These three museums are, for millions, what make South Ken South Ken. After the 1851 Great Exhibition Prince Albert and Henry Cole led a group that bought an 87-acre site in the suburban village of Brompton west of what is now Exhibition Road to create a precinct dedicated to universal education, with eventually the South Kensington Museum, now the V&A, on the eastern side. In 1868 Brompton was given the more respectable new name of South Kensington. The Royal College of Art, Imperial College of Science, Royal College of Music, Royal Albert Hall all came along in due course, but the beating heart has been these museums and they were copied around the world. They have been working with local authorities and businesses, and the idea of turning the area into more of a pedestrian precinct may be revived. But what the three are together proposing is a revolution in museum-going at least as significant as the one 160 years ago.

The more obvious differences from your remembered museum experience is that you will have to book your visit in advance to get a timed ticket. You will be made to keep your social distance by a vigilant staff. There will be antibacterial handwash dispensers at every strategic point. In the V&A you will be invited to take one of a choice of routes or trails. You will be encouraged to wear a face mark, though not obliged to. But there will be noticeably fewer people around you, you will have “the ability to linger longer on something that catches your eye” says the V&A’s Tristram Hunt, and across the road the architectural vistas of the “cathedral to nature” will be for once uninterrupted, says the NHM”s Michael Dixon. There will be fewer and longer exhibitions, and with distancing still in force you won’t be bustled through or have to peer on tiptoe over heads.

Shortly before he died in 1999 the museologist Kenneth Hudson, who wrote more than 50 books on the subject, bemoaned the cold and unwelcoming atmosphere of many museums and galleries. “Why do we have to stand and worship the objects?” he asked. “Why can’t we sit among them in comfortable armchairs, drink coffee if we want to, talk to friends, content in the presence of these things which we learn to love as companions?” Maybe now we can, with counting visitor numbers no longer the primary measure of success.

They’re surprisingly upbeat, these directors, with Dixon finding the lockdown the ideal space for development of ideas and new concepts, more innovation. So much has been learned about digital communication that the presentations will be transformed. Digital lighting means that galleries no longer have to be plunged in gloom to protect the objects, and there will be informal talks, comfortable if practical furniture, maybe even coffee. The word repeated most at the virtual press conference this week was “freeflow”.

With culture disappearing from the curriculum and a collapse in the number of pupils taking humanities subjects at GCSE, they know that they now have an educational responsibility that is far more than simply filling in gaps. And while they’ve been closed, Black Lives Matter has not passed their chiefs’ notice so that contributions of BAME scientists and artists to our story will be far more prominent in displays and special exhibitions (without making the point strident), the emphasis on the benefits of empire and colonialism gone; and more obvious diversity in the staff.

The government’s £1.57bn rescue fund means these museums can reopen without fear of going bust before the end of September, says the Science Museum’s Ian Blatchford, “the government has been listening to us”, but the sunlit uplands the three portray are not quite the vista of real life. These vital elements of our heritage offer have been losing up to £100,000 a week, their reserves now gone, and with the loss of school visits (teachers are not yet convinced museums are safe) and both domestic and foreign tourists no longer thronging the marble halls, visitor numbers are going to be 80% down – normally they could expect together 12m in a year, more than Rome gets says Dixon. They had to open, with their milch cow cafes, restaurants and shops, for their very survival, while the National Gallery to the east beat them to it, opening on July 8, so eager was it to hear a life affirming footfall once again, and the Tates reopening on July 27.

Closing the museums was the easy bit, says Dixon, you can do that overnight. Reopening them again takes at least eight weeks, and to install the new thinking and hardware/software that goes with it is an extra nightmare in these listed old buildings, not necessarily built to the best specifications in the first place, that have to be radically and invisibly adapted. And the staff at all levels has to be retrained not only in new technology but in anti-virus safety procedures the requirements for which are changing every day (another reason for reduced opening hours).

They know that their share of the £1.57bn will only see them through this financial year, that the crunch will come in 2021-22. They know that the funding model has to change, and quickly – with this autumn’s Treasury spending review – because the entrepreneurial opportunities the government forced them to rely on before are no longer there (the V&A had been earning and raising £60m a year compared with its DCMS grant of £40m).

Admission charging? “It's not on anyone’s political agenda, and I would resign if it were” says Blatchford bluntly, but there will have to be a new funding commitment for museums and galleries as for the rest of the arts, with a substantially greater government input, possibly in the form of investment by long-term interest free loans, and more tax breaks.

The important thing about last week’s funding announcement was not so much the size of it but, they believe, the sign that the government has at long last got it – that the culture we have been on the brink of losing is not only what we value ourselves for but what others will pay to see, and that will need even more of a rethink if these treasures are to survive beyond 2022.