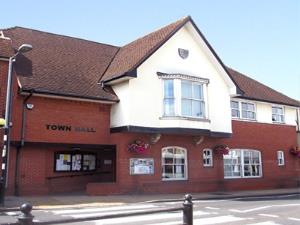 This column is not a particular fan of John Whittingdale, the culture minister and one-time culture secretary, whose fixation with the BBC and its alleged “leftwing” bias distorted his blessedly brief time as government culture supremo.

However, Mr Whittingdale’s obsession with Auntie Beeb is still a cause for concern as he showed when he told the House of Commons the other day that the BBC should sustain support for the licence fee in small towns and rural areas “and not just serve the metropolitan elite in London and Manchester” adding “I am very much aware that communities like Cleethorpes begin to feel that the BBC is not providing sufficiently for them”.

Manchester will no doubt be delighted to hear that it is now worthy of having the culturally insulting epithet of “metropolitan elite”. Creating a metropolitan culture was something the city has been aspiring to for decades. Greater Manchester Mayor Andy Burnham will consider it an honour to be mentioned in the same breath as London when it comes to the annoying tics of Tory ministers.

But just because the Tory MP for Maldon has made a speciality of getting things wrong, it doesn’t mean that he is not right to highlight the position of small towns and districts when it comes to culture.

The Covid crisis has highlighted once again the major divides in UK society. And there is danger, that just as in the 2008 financial crisis, that the impact on the arts will be felt unevenly. After the economic meltdown 12 years ago it was the smaller towns and cities which saw libraries close, museums cut opening hours and arts venues go to the wall.

The straws in the wind do not augur well. The arts has generally welcomed the £1.57bn rescue fund recently announced by culture secretary Oliver Dowden, albeit with some worries about how quickly the money will be made available. Already some major regional theatres have announced redundancy programmes because the rescue package did not come early enough.

But there are disturbing signs that what the government considers worthy of protecting veers towards the high profile and glamorous side of culture. Dowden’s reference to the “crown jewels”, for example, or his waxing lyrical about the benefits of trips to West End shows as a schoolboy. Oddly no mention of the local theatres or grassroots arts organisations in his own constituency of Hertsmere, like the Bushey Museum and Art Gallery, for example.  And what about the forms of culture that, unlike the West End aren’t closely linked to the tourism industry?

Dowden has also said that organisations that receive funding will have to demonstrate how they contribute to economic growth – a condition that will be easy enough for the National Theatre to fulfil, but what about the grassroots cultural projects that sustain cultural life in Barrow, or Walsall, or indeed Cleethorpes?

What’s more, early indications on the spread of support so far, from ACE and other organisations, suggests that the larger venues are still getting the lion’s share of grants and loans.

While this may seem inevitable, in that large theatres will have more staff and overheads, it does also mean that the so called levelling up agenda, which aims to make sure that more disadvantaged communities get a bigger slice of the pie, is being put on hold.

Finally, Rishi Sunak, the providential Chancellor who has made his reputation on dishing out cash to keep the economy afloat, has already warned about “tough choices” ahead. Of course, anybody with an eye in their head will recognise this as government speak for cuts. Government departments are being asked to identify “savings”. No-one will be surprised if local government, the perennial whipping boy of government funding, will be in line for another bout of austerity, even if the new Cummings-led communications team at Number 10 manages to find a way to disguise the A word. And of course, as sure as night follows day, that will mean further cuts in arts support.

The DCMS committee has spotted the discrepancy in the government’s words and deeds and raised alarm bells about the government’s commitment to the arts outside the major centres. In a pretty damning report on the government’s response to the impact of the coronavirus crisis on the cultural industries, the committee pointed out that the loss of cultural infrastructure puts the government’s “levelling-up agenda” at risk and could “reverse decades of progress in cultural provision and diversity and inclusion that we cannot afford to lose”.

The committee, which is chaired by Tory MP Julian Knight, added that 93% of grassroots venues say they face permanent closure, with 70% of theatres and production companies at risk of going out of business by the end of this year. The first 12 weeks of lockdown were estimated to cost the theatre business more than £300 million.

Among those losses will be those of Maldon Town Hall, which up until March had been running a comprehensive programme of arts events, many of them produced by the indefatigable MacTheatre, which has been providing high quality theatre in the district for more than 20 years.  All that, sadly has had to be cancelled, with no clue as to when the venue can safely and viably open again. Perhaps rather than asking the good folk of Cleethorpes about the BBC, the local MP for Maldon, one John Whittingdale, might have a word closer to home?