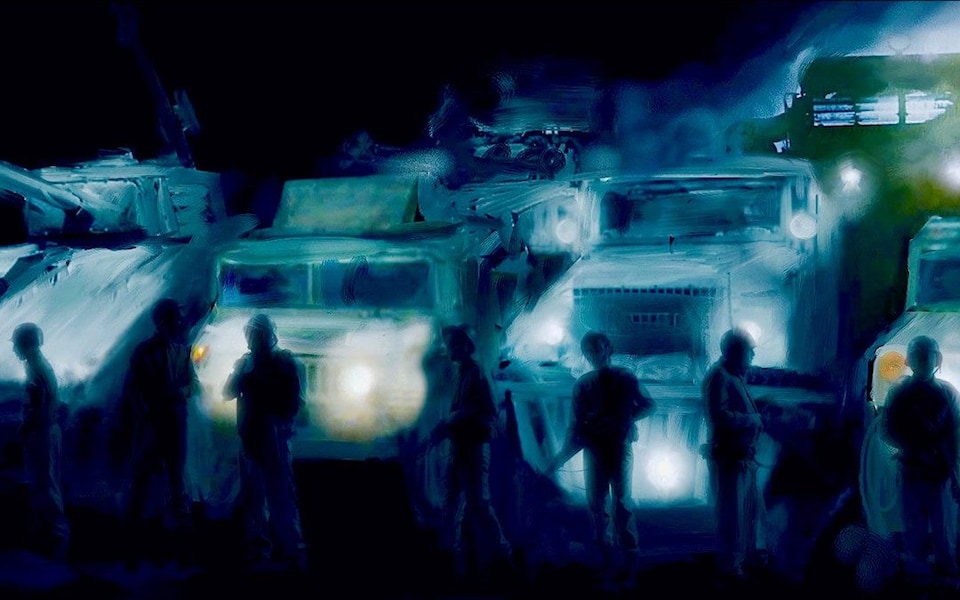 AI PROFILE Back to the storyboard

The action documentary Coup 53, about the ousting of the Iranian government exactly 67 years ago today in 1953, is released on the anniversary with new material and with the revolutionary techniques of animator and painter Martyn Pick bringing it to life

Martyn Pick is an artist who has made a career from pushing the boundaries of film making, fusing live action with animation, and the documentary film Coup 53 is a summation of his inventive genius. For him, the creative palette is the storyboard, where his narrative is built.

His extra ingredient is painting and the two hour film, today https://coup53.com, the 67th anniversary of the coup that ousted the democratic government if Iran, is more a painter’s achievement than an animator’s, yet until now Pick has probably known most for his 2010 CGI sci-fi film Ultramarines: A Warhammer 40,000 Movie.

Coup 53 was seen in last year’s London Film Festival but has only gone on release now to 30 venues across the UK, US, Canada and Ireland. It has been a ten year project for the British-Iranian director Taghi Amirani, who is appearing after the showings in a Q&A with the film’s editor, triple Oscar winner Walter Murch (Apocalypse Now, The Godfather), and Ralph Fiennes who provides the voiceover.

The events of that day in which the prime minister Mohammed Moussadeq was ousted in a CIA-engineered uprising may not have been as momentous as those of September 11, 2001, but they were dramatic in the post Second World War atmosphere and their effects in ensuring control of the global oil trade are still burning.

Although Amirani has conducted exhaustive interviews with witnesses and participants in the coup to reveal new material in the story, there is precious little film footage. Its absence has been filled by the painstaking artwork of Pick and his small team – one of whom is his wife, the artist Sharon Pinsker, better known for her fashion illustration - sometimes imposing painting onto existing footage frame by frame, sometimes inserting whole sequences to serve the narrative of the witnesses’ voiced testimony. His digital paintbrush has brought together the worlds of tough fantasy and hard reality. “What my own stuff gave them was latitude”, he says. “It’s a film very much constructed in edit, and I gave them editing options. With animation you can’t do that”

Martyn Pick was mildly kicking over the traces of a traditional academic home environment by going to the then avant garde St Martin’s School of Art (now Central St Martin’s) where he intended to do fine art, moving almost by accident into the film course. He’d taught himself art history with constant visits to museums and galleries, where history paintings like Gericault’s The Wreck of the Medusa or Delacroix’s Massacre at Chio attempted to recreate real events through art. He was captivated by the story-telling of the British Museum’s Parthenon Marbles and the Assyrian Reliefs nearby, and he has a miniature version of the Bayeux Tapestry which he likes to refer to for inspiration – “a great fluid narrative, really well thought out”.

In his foundation year he was already aware of the potential of cross-over art, later using simply charcoal to give CGI frames movement and a narrative dimension. But he was inspired by a visiting lecturer, Derek Jarman, who spoke of the “painterly” style of his films, and he liked the notion of “taking a line for a walk”. 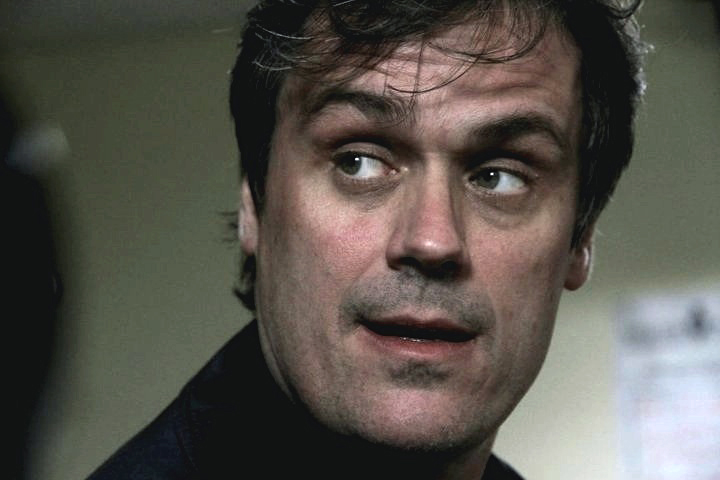 He liked to see his images evolving, metamorphosing from one thing to another, and left college to go straight into the burgeoning Soho film industry, learning how to apply his skills commercially.

The work developed into what he calls “painting into pixels”, digitally drawing and painting onto a film frame by frame. He embarked on a maelstrom commercial career in which his skills seemed to be in demand in every corner of image making. The kinetic, dynamic nature of his work, for instance, is ideal for sport films, and he made the 2008 promotional short for the 2012 Olympics. He has written a graphic novel, a genre he sees as close to his own filmic ideals, and has even created two children’s books for the Ladybird imprint. He was commissioned to make Fulci Funhaus, a one minute short, for Hull’s Museum of Club Culture during the City of Culture year of 2017, subsequently seen at the Venice Biennale, “a frenetic expressionistic stream of consciousness, animating loose digital painting as evolving compulsive thoughts” as he describes it.

Coup 53 is not Pick’s first foray onto documentary. He had worked on the The Age of Stupid in 2009, a post-apocalyptic look back from 2055 by director Franny Armstrong at how we could have turned the tide of climate change, and in 2015 he worked on Bared Maronian’s Emmy-nominated Women of 1915 imaging the genocide of Turkish Armenians by the Ottoman government.

Pick lectures to Central St Martin’s students and other groups on his techniques, and it was one of these that brought him to Coup 53. Amirano and Murch – neither of whom Pick had met before - needed visual material to go with the witness accounts they had of that tday, and a member of the team who had been to one suggested they talk to him.

He brought other techniques for image-making to the team. A fan of the multi-image shots of directors such as Paul Greengrass and Sam Peckinpah, for whom several cameras in different positions filming a single scene give an extra dramatic effect, he could do the same with his own imaging, worked out on a storyboard. Using two or three cameramen, and Amirano and himself adding their smartphones, to film from angles that might suit the Murch edit, he offers a range that gives the film maker flexibility, “more of a live verité feel” Pick says. “I knew that it looked good, it had an extra sense of spontaneity”.

He has created real scenes of history that have never actually been recorded, and he may have created a whole new film genre, a mixture of the action documentary and more abstract painterly animation. Warhammer meets Panorama? “Perhaps, but Warhammer is unavoidably a desire to enjoy combat, this film is saying combat is not a great thing”.

So, is Pick an artist or a film-maker? “Those two worlds have converged, haven’t they? I'd like to think of myself as an artist film maker, a lot of my artistic practice is there but usually buried. With Coup 53 it comes to the surface, and they gave it the opportunity to do that”.