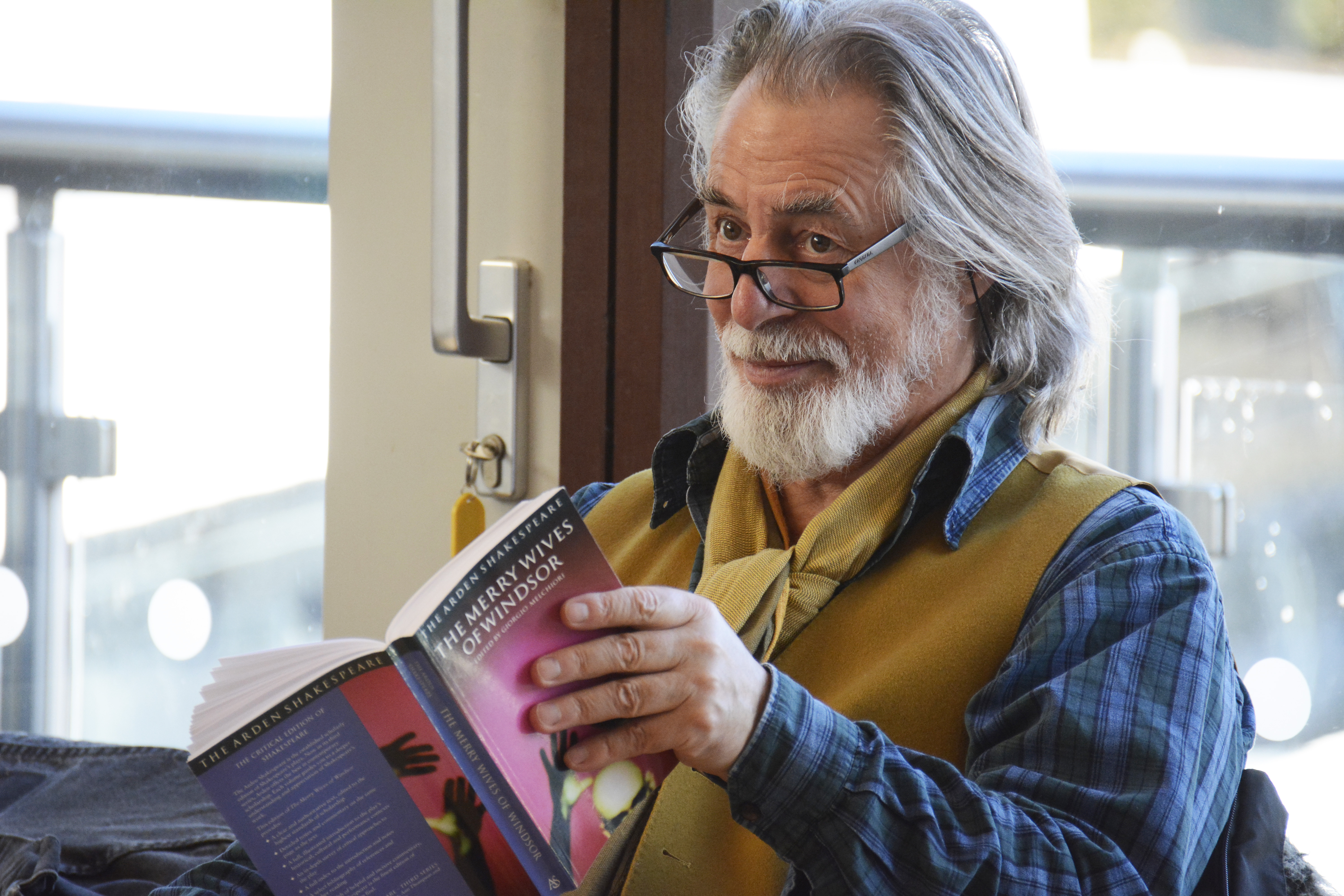 Barrie Rutter first played Macbeth on the quatercentenary of Shakespeare’s birth, so it’s fitting that here he is again on the stage at Leeds West Yorkshire Playhouse, some 52 years later, strutting his stuff as Sir John Falstaff in The Merry Wives on the 400th anniversary of the great playwright’s death.

To call Rutter a Shakespeare fan would be understating the case considerably. Not only is he an accomplished actor with RSC credentials; since setting up his Halifax based company Northern Broadsides, he has presided over more than 20 productions of the canon, taken Shakespeare to Estonia, India and Greece and been garlanded with a fistful of awards for promoting the Bard in the regions. In 2017 he plans another Richard III in Hull to coincide with the city’s year as City of Culture and celebrate Broad- side’s 25th anniversary of what former deputy PM John Prescott dubbed “fac- tory floor Shakespeare”.

But though he is an unashamed classicist, Rutter is not altogether enamoured of the current obsession with Shakespeare as the nation marks the Bard’s death 400 years ago. “Some of its very good, but an awful lot is just self-indulgent rubbish” he says with characteristic candour. “I will play King Lear, but I am not going to sit down and write a book about how I did it. Who cares?”

Rutter sees theatre as a craft, and he and his company are in the business of using their skills to put Shakespeare’s words across. “They are great stories – that’s why they are still popular after 400 years.”

Rutter’s impatience with the academic approach to Shakespeare has not changed much since he was a schoolboy in Hull. He wasn’t interested in studying the plays, preferring cricket and football to writing essays. But his English teacher, John Siddle, persuaded him to join the Dramatic Society. “You’ve got a big gob in class, Rutter, put it to use in the school play”. He did and discovered a new world that he could be part of, one that was far away from his troubled start as the child of divorced parents.

“At the age of 15 I was the Mayor in The Government Inspector; at 16 Tony Lumpkin in She Stoops to Conquer; at 17 Richard Dudgeon in The Devil’s Disciple and at 18, the title role in Mac- beth”. Siddle guided him towards the National Youth Theatre, where he spent an amazing summer in the “Sa- markand” of Sixties London, hobnob- bing with the likes of Helen Mirren, Kenneth Cranham and rock bands at parties.

After the National Youth Theatre he spent an unhappy period at the Royal Scottish Academy of DramaticArts. “They kept on telling me I had to act properly, that I had the wrong accent – all that sort of stuff. I didn’t have a very good time, so I left before getting my degree”.

Instead, Rutter set off on a European tour of the David Halliwell’s groundbreaking Little Malcolm and His Struggle Against the Eunuchs and appeared in The Apprentices for the National Youth Theatre. “That was me launched into professional acting”.

After a stint at the Nottingham Playhouse where he once again played in Macbeth, this time as the Porter, he did “lots of TV”, turning up in everything from the Liver Birds to Armchair Theatre. (Older readers might recall him as one of Diana Dors’ gormless sons in the 70s sitcom Queenie’s Castle.)

But it was not long before he re- turned to the stage with a stint at the RSC. Although he spent three years there, and went back again in 1987, the RSC
was the scene of a run in with
what Rutter calls “the scholastic superiority” that infects the Shakespearean theatre world. “They thought I was a teararse and again they didn’t like the Northern accent. That wasn’t a problem for me but it was a problem for them”.

Rutter went to the National in 1980 and credits people like Terry Hands and Peter Hall with much of what he has learned as a director, but it was the National’s production of Tony Harrison’s extraordinary hit, The Trackers of Oxyrhyncus that provided the seed-bed for his next move. The play was performed in an abandoned mill at Dean Clough in Halifax
and Rutter decided that he
would create his own company to play the classic texts with a northern accent and in non-traditional venues. Northern Broadsides, which began life with a production of Richard III in a yacht repair shed in Hull, was a two-fingered gesture to the theatrical establishment and its “scholastic superiority”. It was an enormous success and 24 years later, Rutter is still at it, as founder and artistic director of the company he has fashioned in his own distinctive style.

Rutter is not a big man, but he cuts as commanding a figure offstage as he does on it. With his white mane of hair, the long goatee beard, he is every inch the old school actor manager, a species of which he is probably the last living representative.

Unsurprisingly, he has little truck with some of the compromises that come with public funding, such as accessibility (despite those awards) and diversity. “Who would I think I was setting us up to be ‘accessible’?” Those imaginary quotation marks hang in the air as he continues. “I refuse to be a social engineer and I don’t like the implied threat that you won’t get your grant if you don’t take part in the box-ticking. We do what we do and we do it well. I don’t have a manifesto. That’s just sheer fucking indulgence”.

Nor is Rutter at all pleased with the argument that the National and RSC are helping to spread the theatre message through cinema screening. “It’s not theatre. It’s turning a three dimensional experience into a two dimensional one.”

What’s more, he adds, the marketing of stars like Kennneth Branagh and Judi Dench in the screened version of A Winter’s Tale is “killing” live theatre. “They were pushing that when we were touring our show. You can imagine what that did to audiences”.

Now approaching his 70th year, the artistic director of Northern Broadsides has no plans for retirement. “As long as I have my faculties, I will carry on. I will know when to stop, before the audience does” he added. “Mind you, the board might retire me, but I’m not volunteering”.