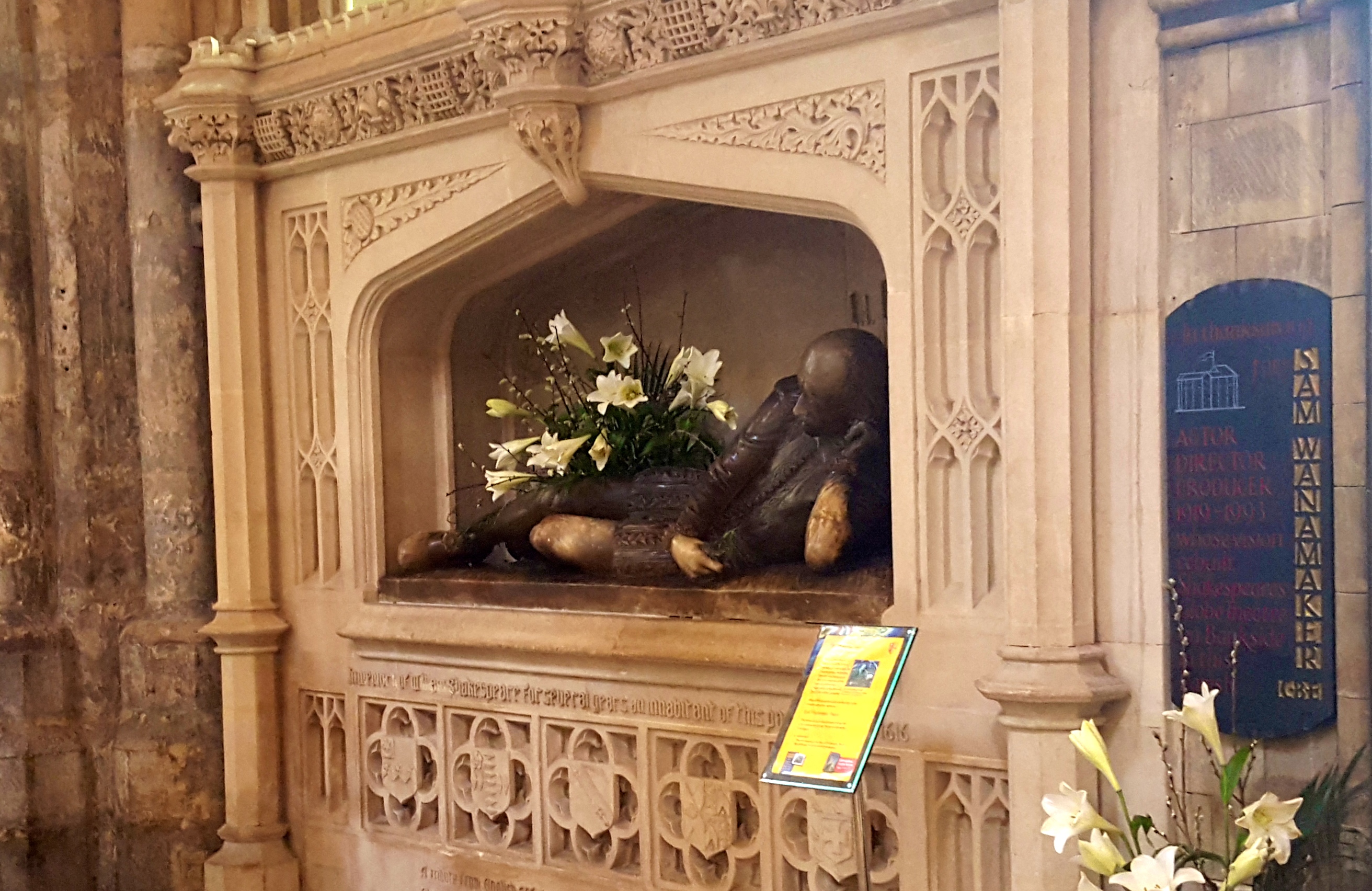 There are almost 200 events happening in London on and around April 23, the 400th anniversary of Shakespeare’s death, from a midnight matinee of Much Ado About Nothing on the remains of the first Bankside Tudor theatre, The Rose, to the recreation of Elizabethan honey and mead doughnuts. AI talks to Dr Lucy Munro (left), co-ordinating the events from King’s College

There’s a problem. How do you tastefully celebrate the death of someone, even a figure that transcends history? Simply to mark the anniversary seems feeble, to commemorate too sombre. “It was an awkward starting point, but what we have decided to do seems to work” says Lucy Munro, reader in early modern English literature at King’s College, London, part of the London Shakespeare Centre there and with Prof Gordon McMullan co-ordinator of Shakespeare400. “We’re celebrating the beginning of the afterlife, what happened to Shakespeare’s work and our understanding of it since his death in 1616”.

Shakespeare400 is a series of performances, lectures, talks, exhibitions and publications that put Shakespeare into a modern context, guided by the King’s team with a range of partnerships with the likes of the British Library, the National Archive and Shakespeare’s Globe. (Check for events at http://www.shakespeare400.org.)

King’s College’s own contribution has been the exhibition By me, William Shakespeare in which documents from the National Archives have been brought together to give an account of Shakespeare’s life in London. “We don’t try to impose a theme on Shakespeare400” says Munro, “but it’s more a snapshot of where we are in our interaction with Shakespeare”.

She is liaising with Shakespeare’s Globe on the Southwark embankment, where Better Bankside – a group of 650 businesses near London Bridge Station – will be organising tours of the streets Shakespeare and his associates trod.

But, says Munro, what this 400th anniversary weekend will emphasise is how much Shakespeare is of the present day, perhaps more than ever. His work is now universally owned, with interpretations, translations, extractions being made all over the globe, something that will be under- lined in a World Shakespeare Congress in London and Stratford-upon-Avon in August.

Research has meant that we know and understand more than ever about Shakespeare, his life and work, with archaeological investigations of The Rose theatre of 1587 at Bankside and currently The Curtain of 1577 at Shoreditch, and his Stratford home, New Place. “There’s been a swing in the last 20 to 30 years in scholarship to think of the plays as performance rather than just literature, and to look at performance history, the ways plays have been adapted, reconfigured, reconceptualised - the kind of thing Shakespeare was doing himself in taking earlier plays and adapting them, taking narratives from different publications of the period, often non-dramatic fiction” Munro says. “It’s getting your hands dirty, sometimes literally, and doing the research”.

But where Shakespeare is still alive is in modern theatre, film and television. We see his influence overtly in verse plays such as Mike Bartlett’s 2014 play Charles III and Rona Munro’s 2014 series for the National Theatre of Scotland, the James plays, about the kings of Scotland. It is also in television series such as House of Cards which borrow heavily from Richard III – a central Machiavellian character surrounded by a large cast, in which he makes stage whisper asides to the audience as King Richard does, as the narratives tumble along to an inevitable conclusion. Even Coronation Street storylines have striking similarities with Shakespeare’s, says Munro.

And one play in particular has recently been seen as startlingly recog- nisable to us in 2016. An ageing population, a growing public concern for sufferers of dementia and Alzheimer’s disease, a focus on family dependency and responsibility has made King Lear, currently one of the most performed of Shakespeare’s plays, suddenly more relevant than ever.

In an intriguing twist to the Shakespeare tale, author Chris Crowcroft has produced a detective novel to examine the political intrigue that surrounded the Earl of Essex’s rebellion in 1601, and the strange special performance sponsored by the conspirators of the new play Richard II, the play in which a reigning monarch is successfully deposed. Was William Shakespeare involved in the conspiracy, was he a closet Catholic, were there secret messages in the script of the play? Enter an investigator, Richard Palmer – the only fictional character in the novel – hired by Chief Minister Robert Cecil – to infiltrate the stews, taverns and playhouses of Bankside, and the more respectable quarters of Cheapside where Shakespeare had his lodgings. www.chriscrowcroft.com/order.htm

By me, William Shakespeare

A group of key documents from the National Archives, some of them never before seen in public, has been gathered together by the Shakespeare Centre at King’s College, London, to give a new insight to Shakespeare’s life in London. Although he was born and died in Stratford-upon-Avon and his wife and children lived there, for 25 years or more he was a Londoner.

Through his shared ownership of the Globe and the details of his famous will – that he left the bulk of his estate to his elder daughter and his wife only his second best bed may not have been the insult posterity has assumed it was, but he also left gifts to his London friends - we see how close-knit the theatrical community around him was. They had to be when in 1599, under Richard and Cuthbert Burbage, they dismantled The Theatre in Shoreditch overnight and trundled its oaken skeleton across London Bridge to be re-erected as The Globe and defeat a rapacious landlord, whose attempts at legal redress continued for years afterwards.

Here is the deposition he made, apparently reluctantly, on behalf of his own landlord, Christopher Mountjoy, in whose Silver Street house he lodged, who was being sued by his daughter’s husband for a promised dowry. This was in 1604 when Shakspeare was writing Measure for Measure, the play that deals with a breach of marriage contract court case. His barely completed signature is scrawled at the bottom of his evidence.

And here is the account book for the Master of the Revels for entertainments at James I’s court, listing among dozens of others plays by “Mr Shaxper” including Love’s Labours Lost, The Merry Wives of Windsor and “A play Called the winters nights Tayle” .

In Shakespeare’s time Bankside, on the Southwark riverbank where Tate Modern and London Bridge Station now stand, had five theatres, three bear gardens, four churches, a street (Borough High Street) whose 23 pubs seemed to Thomas Dekker to be one continuous hostelry, about 30 broth- els and a bishop’s palace. Brothel- keeping in 16th century Bankside was a relatively respectable business, and the prostitutes were licensed by the land owner, the Bishop of Winchester, so that the Moll Cutpurses and Mis- tress Quicklys were known as “Win- chester Geese” in a place where play- making was seen as at least as morally injurious.

For Better Bankside, a consortium of businesses in the area, playwright, poet and performer John Constable will be conducting tours of the Bank- side that nurtured Shakespeare, while The Globe Theatre is presenting ex- cerpts from all 37 of Shakespeare’s plays on 37 screens along the river from Tower Bridge to Hungerford Bridge. On the anniversary week- end, restaurants such as Roast will be creating Tudor menus including stout and oyster pie, and stalls such as Bread Ahead will offer traditional mead and honey doughnuts.

St Saviour’s Church in the heart of Bankside, once St Mary Overie and now Southwark Cathedral, was the spiritual home for the play-makers of Southwark. Shakespeare’s younger brother Edmond, also an actor, is bur- ied here, as is his collaborator John Fletcher, and the Victorian commis- sioned a memorial statue of the Bard dedicated to which has been added a plaque to Sam Wanamaker, recreator of The Globe.

The British Library’s contribution to this year’s Bardolatry is likely to be one of the most fascinating. The exhibition, which opens on April 15 and runs until September 6, looks at key performances that chart the story of our interaction with the plays, from the first performance of Hamlet in 1600 to modern digital decontructions of the text.

The exhibition will take in the first stage appearance of a female actor in 1660, David Garrick’s famous Macbeth of a century later, to the first performance of Othello by a black actor in 1825. It looks
at the 20th century’s treatments, including Vivien Leigh’s Titania in 1937, Peter Brook’s radical circus-based A Midsummer Night’s Dream in the 1970s and the cross-dressing Mark Rylance’s Olivia in the Globe Theatre’s 2013 production of Twelfth Night.

There are also unique items that only the British Library could produce, from the only surviving play script written in Shakespeare’s own hand to the earliest known printed edition of Hamlet, from 1603. 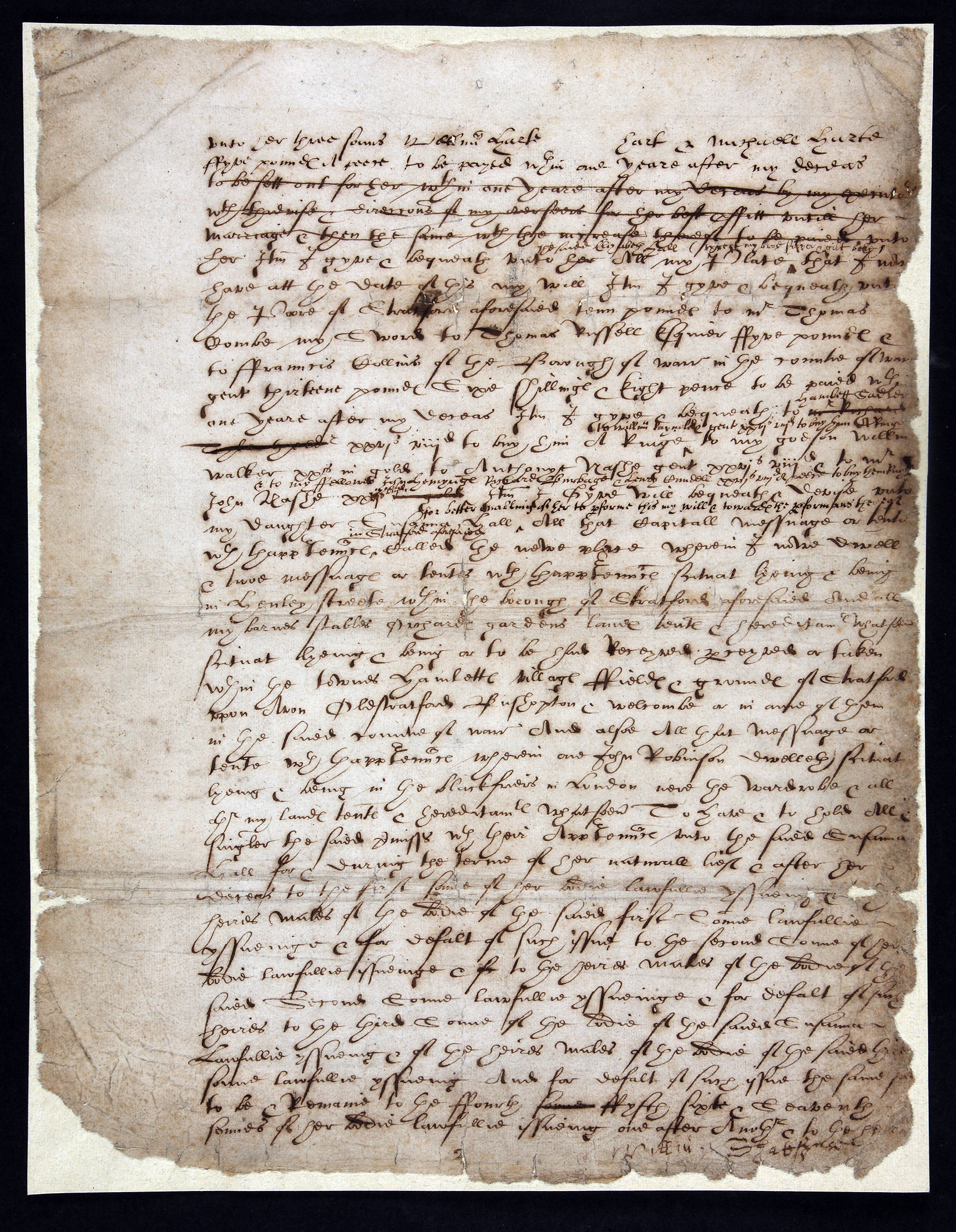