The innovative and unconventional Opera Holland Park marks its 20th birthday this summer with a new independence, a new season – and a film. AI talks to its founder Michael Volpe 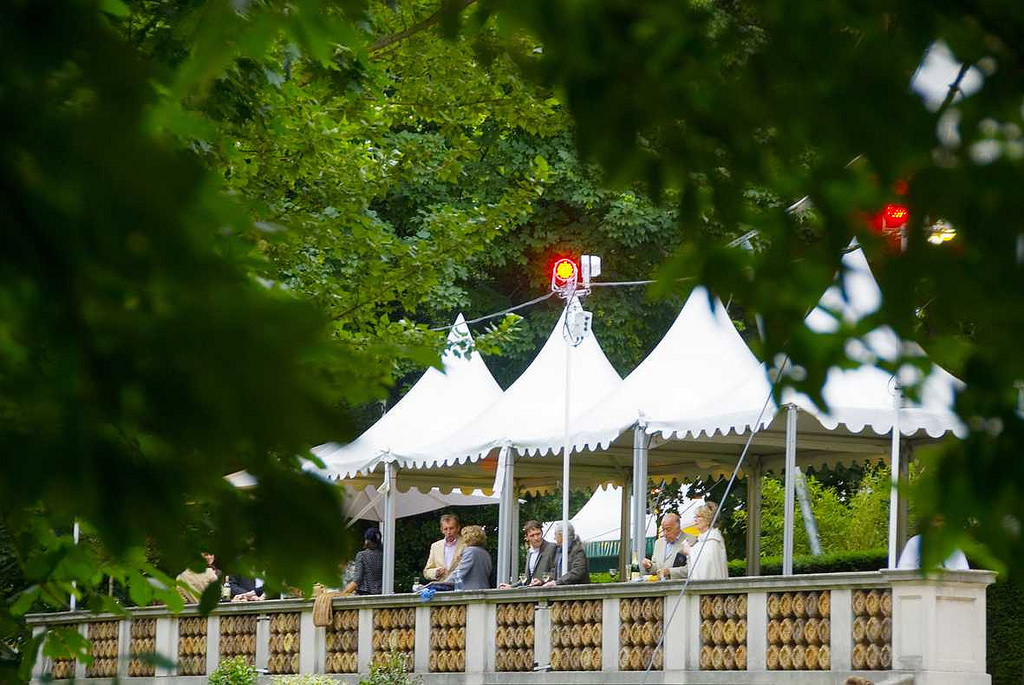 The connection between the stands at Stamford Bridge and the stalls at Covent Gar- den may seem non-existent, and that is an infuriating misconcepion for Michael Volpe. He happens to be a fan of both Chelsea Football club and opera, and he had made a 15-minute film, From footy to Verdi (https://youtu.be/6QxaLMiHsUU) whose three stars are dyed-in-the-wool Blues, Harry the Greek, Adam and Pie, who were his guests at the Royal Opera House recently. Their response is the story.

Volpe also happens to be the man who set opera on its head with an experiment that is now 20 years old: Opera Holland Park, the summer op- era festival that presents unexpected opera to an increasingly eclectic audience in the gently Edwardian atmos- phere of one of West London’s favourite leisure spaces. For its 21st festival this year Opera Holland Park takes a leap into full independence.

In 1989 Volpe, who has a background in marketing and travel PR, took charge of cultural promotions for the Borough of Kensington and Chel- sea to which Holland Park belongs, and in 1988 a canopy had been in- stalled which was to be used for a variety of music. But the decibel level of some forms of music performed there brought complaints from the neighbours, and it reverted to largely amateur opera. Volpe saw an opportunity to be exploited.

He took over the organisation of the summer opera season, introducing a professional element and bringing 10,000 people as audience. He decided to set up a company to run it which was to become Opera Holland Park.

“What I could see in the opera world was a kind of cap-doffing attitude to opera producers where you give them a bundle of money before you’ve seen anything of the production” he says. “Opera is expensive enough as it is, I wasn’t going to do that”. So as the company’s producer he brought in someone with the same scepticism about opera management, James Clutton, who had been working in the West End as a producer for Bill Kenwright among others. “He’s like me: he isn’t going to spend a penny that doesn’t go into the production, but the work had to be of the highest standards possible” Volpe says. He knew there were large areas of good opera, particularly late 19th century Italian opera, that is rarely offered in the repertoires of the great companies, so this would be part of Opera Holland Park’s mission. Great singers would perform there for a fraction of the fees they could otherwise com- mand because it was great music they seldom if ever got to sing.

Volpe comes from a poor West London matriarchal family with strong Italian roots, the youngest of four brothers, and his great piece of good fortune was to win a place at “the poor man’s Eton”, Woolverstone Hall in Suffolk. This was an experi- mental state boys’ boarding school set up in the 1950s by the London County Council of which the novelist Ian McEwan, the actor Neil Pearson and the comedian Phill Jupitus are all alumni: it was a tough atmosphere but infused with culture, and here the young Volpe fell in love with lit erature, art and especially music. The Woolverstone experiment was ended in 1990 and the hall is now a private girls’ school.

Opera Holland Park was set up to be independent, although it was with the blessing and some funding from the local authority, and in 1996 Opera Holland Park took over the Holland Park summer opera season. He and Clutton revived works such as Mascagni’s Iris, produced in only their second season, Cilea’s L’arlesiana and Mentemezzi’s L’amore dei tre re - not inexpensive, in that Iris demands an orchestra of 65 and a chorus of 60. The festival has also revived works by such composers as Janácek, Donizetti and Puccini. In past seasons the festival has boasted 98% audiences, and though since the recession times have become harder more than 90% of seats are sold, meaning about 32,000 going to the summer opera in genteel West London each summer. Seat prices start at £17 and rise to £75.

In 2013, after four seasons of Fantastic Mr Fox, the company commissioned its own family opera from Will Todd, Alice’s Adventures in Wonder- land. This season, which opens on June 7 and runs to August 13, will see Al- ice return, and five new productions, including Tchaikovsky’s The Queen of Spades, Johann Strauss II’s operetta Die Fledermaus, Puccini’s La bohème, Rosini’s La Cenerentola, and a hit of 2015, Jonathan Dove’s Flight, will re- turn. And a highlight of early seasons, performances by the young dancers of the Royal Ballet School, returns with one of their dances being a new piece written for them by David Bintley.

It costs about £4m to put on a season, and in its finances Opera Holland Park is taking another bold step in its 21st year. The borough has been contributing £500,000 annually but now has cut that with a one-off payment of £5m with which Volpe and Clutton will set up a funding base for future seasons. "We aim to reduce the costs until the festival is breaking even within five years or so" he explains. "The grant from the council is to cushion us whilst we go through that process". So after 20 years of effectively being a department of the Royal Borough of Kensington and Chelsea, the company is now an independent charity.

It has the sponsorship of Investec that comes to an end after this festival, which Volpe is negotiating to extend for another three years, but corporate funding is difficult, particularly from banks and financial institutions for whom new Treasury rules on hospitality have made sponsorship problematic. “Instead we’re supported by a strong culture of individual giving, and our new Founders’ Fund from which we have already generated al- most £1m”.

Opera Holland Park has been created out of a conviction that opera is closed to nobody, as Volpe found for himself at Woolverstone Hall, and he is outraged that the education system now excludes the arts from the EBacc curriculum. “Because, A, it’s ‘an easy subject’ and, B, there are no proper careers – how ridiculous is that?”

And his little 15-minute film, which will take to the webwaves this summer, makes his point. He took Harry the Greek, Adam and Pie to a rehearsal at the Royal Opera House, and then to a performance of La Traviata. Adam was already an opera fan, the other two were not and Volpe filmed their responses.

“Harry had his eyes shut” he says. “I asked him if he was asleep. ‘No’ he said, ‘I was thinking of my sister and the olive groves...’ – he’d absolutely got it! And afterwards he couldn’t stop talking about the plot, what happened here, who did what there, with exactly the same enthusiasm as if he was discussing a Chelsea game. And Pie was captivated by the chorus, never heard so many voices singing together outside of Stamford Bridge.”