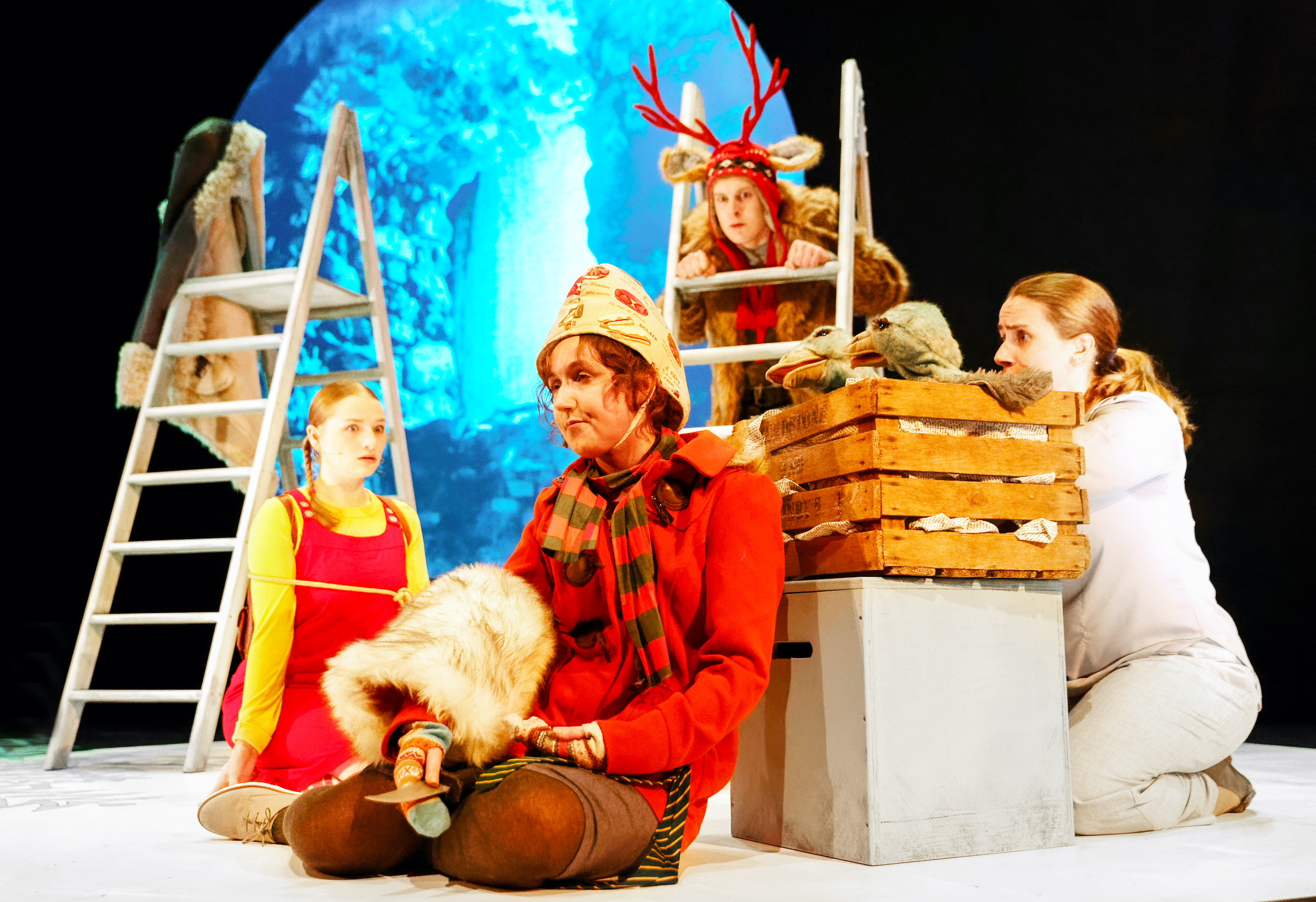 THE WORD How we made sure the show goes on

Since this feature was posted, Tier 4 has been imposed closing the Yvonne Arnaud Theatre and the show until further notice. However, the production was filmed and from Wednesday can be seen at https://www.yvonne-arnaud.co.uk/whats-on/snow-queen-digital-performance

Joanna Read, director/chief executive of the Yvonne Arnaud Theatre in Guildford on a year that is ending in triumph – ‘I’m so glad we have taken the (calculated) risk to commit to the show’

I’d been leading the Yvonne Arnaud Theatre in Guildford for just over a year when Covid closed us and every other theatre last March. What should have been a year of our rejuvenation, including a new summer festival, and our first own produced show and national tour of Tim Firth’s comedy Sheila’s Island, all had to be shelved while we got to grips with furlough and staving off the economic damage from our haemorrhaging box office. 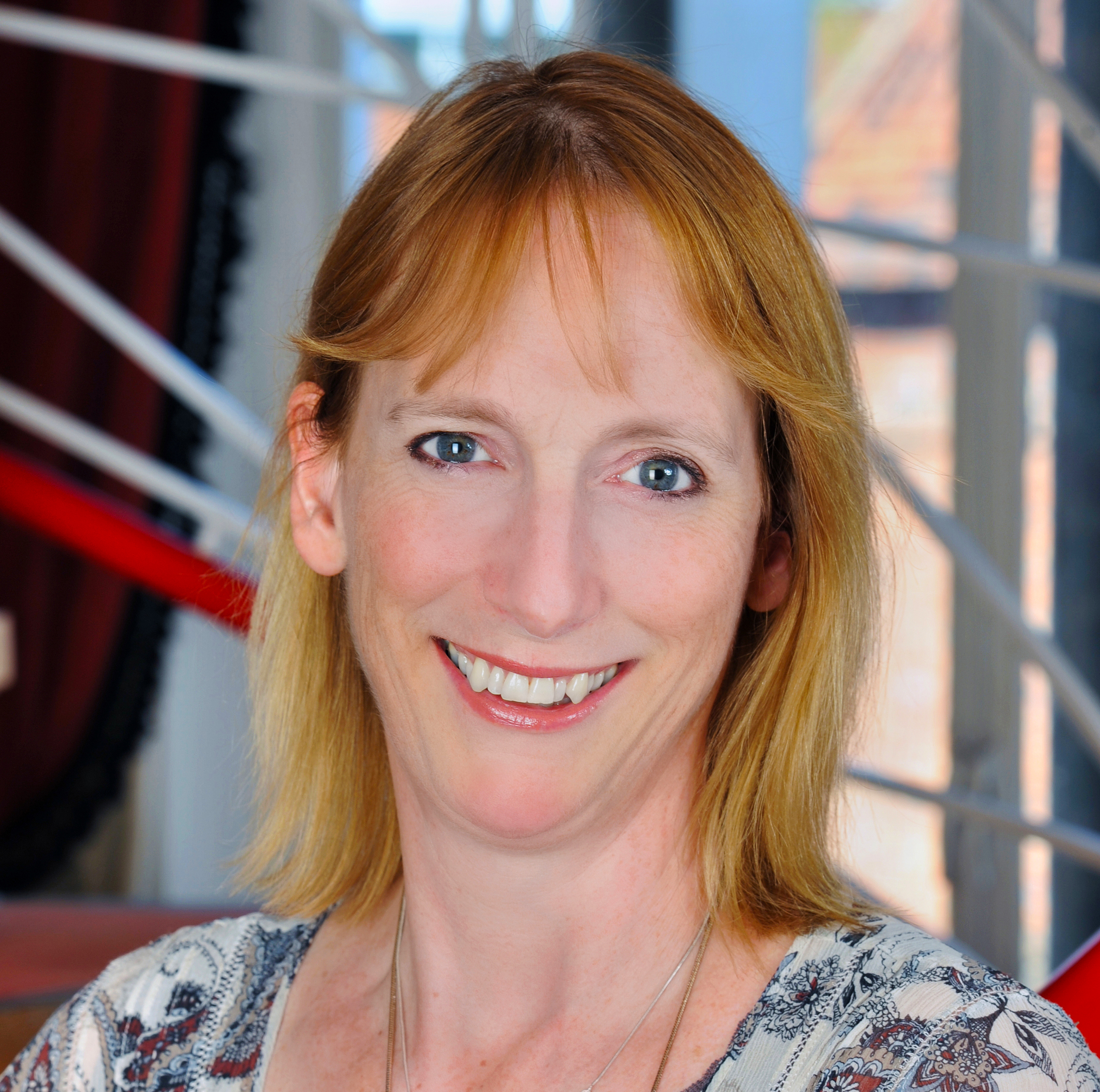 When not chasing funding I spent March to May cancelling and rescheduling shows until in July it became clear that whole of the year was in doubt and that I needed to make a call on our pantomime. Panto is a critical part of our revenue at the Arnaud, it’s our biggest earner, our largest cost, and if Covid stayed until December our greatest risk. On a good year we can generate revenue that supports the programme through the rest of year, enabling us to offer a wider, diverse programme to our audience.

However, to do this we need achieve at least 65% of capacity for the show. We throw a lot of resources at it to achieve this, and a large part of our year is spent planning the production. This year, if social distancing was still in place in December, committing to the production costs of Robin Hood along with marketing campaigns booked and paid for over the summer and rolled out from September, could be the decision that closed the theatre.

It wasn’t a hasty decision to cancel. I spent nights poring over government guidelines for performance to see what was possible. If no singing, could the ensemble dance? Could we socially distance the children’s chorus? How does slapstick and slosh work? Some of these were solvable, but in the end it was the numbers that made the argument. No one had certainty in July that in December we could sell the full auditorium each show, and without full capacity we couldn’t break even. Having opened successfully for one-night events in the summer I was keen to keep the momentum going to the end of the year, so I looked for an alternative to panto that was lower risk and would attract a socially-distanced family audience.

It was important that we made our own show. It gave us control in case anything changed, and an opportunity to play to our strengths and the resources in the company. I read many small-cast Christmas shows. I wanted a simple story to match our simple budget, and one that relied on the power of storytelling. Nick Stafford’s adaptation of The Snow Queen, which I knew from years ago as an assistant director at The Young Vic, fitted the bill. Lots of duologues, little singing and written for the round, so no great set requirements. Guildford is in Tier 2 for the Christmas season.

I put together a creative team of people I knew well and those I’d never worked with before. I wanted to give opportunities to younger artists but back it up with a few experienced people who wouldn’t be phased by anything. Our deputy head technician, usually knocking up special builds for panto, would make the backdrop.  Hannah, our lighting technician who had begun lighting studio shows, would have a chance to light a main house production. Libby, a graduate visual effects designer from the Guildford School of Acting who worked recently with our youth theatre, brought her skills to the mix.

Rehearsals were different. We rehearsed on the main stage which made social distancing between us easy, with all of us in masks at all times, so it was tiring for the actors trying not to vocally push. I got used to bellowing suggestions from halfway up the back stall. The main house has good ventilation and we kept the airflow on full, and when we were working in the Mill Studio we had all the windows open all the time to keep the space well ventilated, which made for freezing rooms. Daily temperature checks, constant hand sanitiser and regular Covid testing became features of our days.

Covid affected the artistic choices of the show. All actions were blocked at a metre plus, contact points minimised, exits determined by locations of quick-change areas, and we had to find other ways to convey the kisses, hugs and fights indicated in the script. Actors set their own costume and props. The interval was cut and changes made to the script so we could play straight through. Nothing was insurmountable and we found inventive ways to solve challenges, aided by Nick’s witty and robust script that always put the focus back on the simplicity of the story.  I had brought together a company of actors who knew each other and had a shared vocabulary of craft which made the short rehearsal period and the impediment of working all day in a mask much easier.

Front of house was more straightforward. Thanks to being open in the summer we had already practised one-way systems and managing the audience in a Covid-secure way, including temperature checking on arrival. We invested in a “fogger” to the joy of our tech team, fogging the entire building ghost buster style each week to sanitise it.

The task of putting on the show has given all of the staff a lift, but nothing prepared me for the wave of emotion I felt at the end of the opening night on December 7. I was a little teary as the cast sang the final song.  I am so glad we have taken the (calculated) risk to commit to the show.  Hearing the children giggling and whooping in the audience is brilliant reward after this challenging year.

The Snow Queen is at the Yvonne Arnaud Theatre, Guildford, until December 24. Tickets can be booked at https://www.yvonne-arnaud.co.uk/whats-on/snow-queen