The RPO’s annual Insights Report for 2020 says that the proportion of adults newly interested in classical music had increased by 35% by 2020 compared with a 22% growth in 2018 in a survey begun before the March lockdown. 85% of those surveyed said that music during lockdown had broadened their horizons, 71% said that listening to orchestral music had a positive impact on their health and well-being and 94% of adults polled said they would consider going to an orchestral concert. The survey of over 8,000 adults was conducted over nine months up to November 2020 by the polling agency Maru Blue. 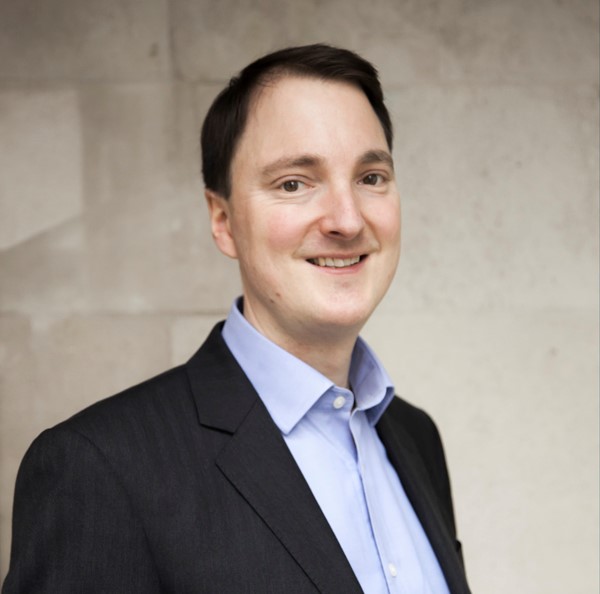 James Williams, the RPO’s managing director (above), said the findings would help as the orchestra sought to deal with the aftermath of the Covid pandemic and the effects of the Brexit deal.

“This year has been really unbelievably challenging for the performing arts sector and there’s a lot to feel quite pessimistic about - providing work for artists and theatres, concert halls and dance studios all silenced by Covid” he said. “But what comes out of the report is that there is a lot still to be hoped for in future in terms of the public’s appetite for and understanding of the role culture plays in their day-to-day lives, and the research we’ve done really demonstrates that there is a recognition of the value culture adds to people’s health and well-being – there’s a genuine curiosity among people to expand their cultural horizons.”

The survey also found a new willingness give cash support for orchestral music among under-35-year-olds, three times as many of whom were as likely to make donations in support or arts organisations as over-55s.

This year the RPO, founded by Sir Thomas Beecham, celebrates its 75th anniversary and in September welcomes a new music director, Vasily Petrenko, from the Royal Liverpool Philharmonic. It has a new formal association with the Royal Albert Hall to present large-scale orchestral pieces, initially three Mahler choral symphonies, while retaining its residency at Cadogan Hall in Knightsbridge and commitments at the Royal Festival Hall. It also has residencies outside London in such places as Northampton, Reading and Hull.

Williams said the survey - the third in a series of annual reports - would help to remodel the RPO’s programming. A year ago the orchestra left its long-term headquarters in Clerkenwell to move to Wembley at the invitation of developers Quintain, moving into a more diverse community where the term “classical music” can have an alienating effect. “Whether it’s the tone poems of Richard Strauss or the film music of John Barry, the commonality is an orchestra here playing at the highest quality, and turning to much broader churches. ‘Orchestral’ is a much more useful and user-friendly term than what is perceived as 'classical' music sitting in a certain box” Williams said.

Without the Culture Recovery Fund the RPO might not have survived, but it was awarded £996,000 which allowed the orchestra to stabilise through to March 2021 – planned live concerts at Cadogan Hall between January and March will now be offered as digital performances. “The CRF grant allows us to offer a basic financial income floor for our musicians – they are all non-contract freelances who have seen huge drop in personal income from the orchestra. We need the musicians to be there and not having gone off elsewhere, so the grant has been enormously valuable in giving players confidence” Williams said. “Had we not got that money it would have been very challenging to bridge the gap”.

But although the RPO’s home life looks promising post-Covid, a large part of its income comes from touring and much of that in Europe so that Brexit presents a new and difficult challenge. British symphony orchestras are very popular in European concert halls, but because, by comparison with Continental ensembles, they are under-subsidised they are expensive to hire and may find it more difficult to get tour bookings in the inevitable cost-cutting that will follow the pandemic. Then, to make them financially viable tours are always to more than one country, typically to France, Germany and, say, Luxembourg, and each has its own border arrangement with the UK since January 1, so that each visit has to be separately negotiated.

And then there are the logistical problems with leaving the Customs Union in terms of carnets and all the other customs checks at ports such as Dover, which comes at additional cost, financial as well as in human resources to deal with red tape. “And this is at a time when culture has such an important role in providing that international language and soft power role; it’s sad that we are going to be further challenged in our ability to continue touring. It’s is deeply concerning for us”.

The effects of the 2020 Insights Report, however, will do much to brighten the prospect, not just for the RPO but for all arts organisations that have survived the last ten months. It found that not only was a younger demographic enjoying orchestral music for the first time, they were listening as they travelled, as they did housework, as they read, attesting that doing so actually made them feel better.

“It’s going to be bumpy until next season starts and we’re just going to have be agile and flexible” Williams said “but it’s got to be getting better if we’re able to talk about the positive impact of the art form we’re so fortunate to be part of. At live performances, responses from audiences that have come has been slightly overwhelming, with people in tears including some of the musicians. Having live music back in their lives is so vital.”