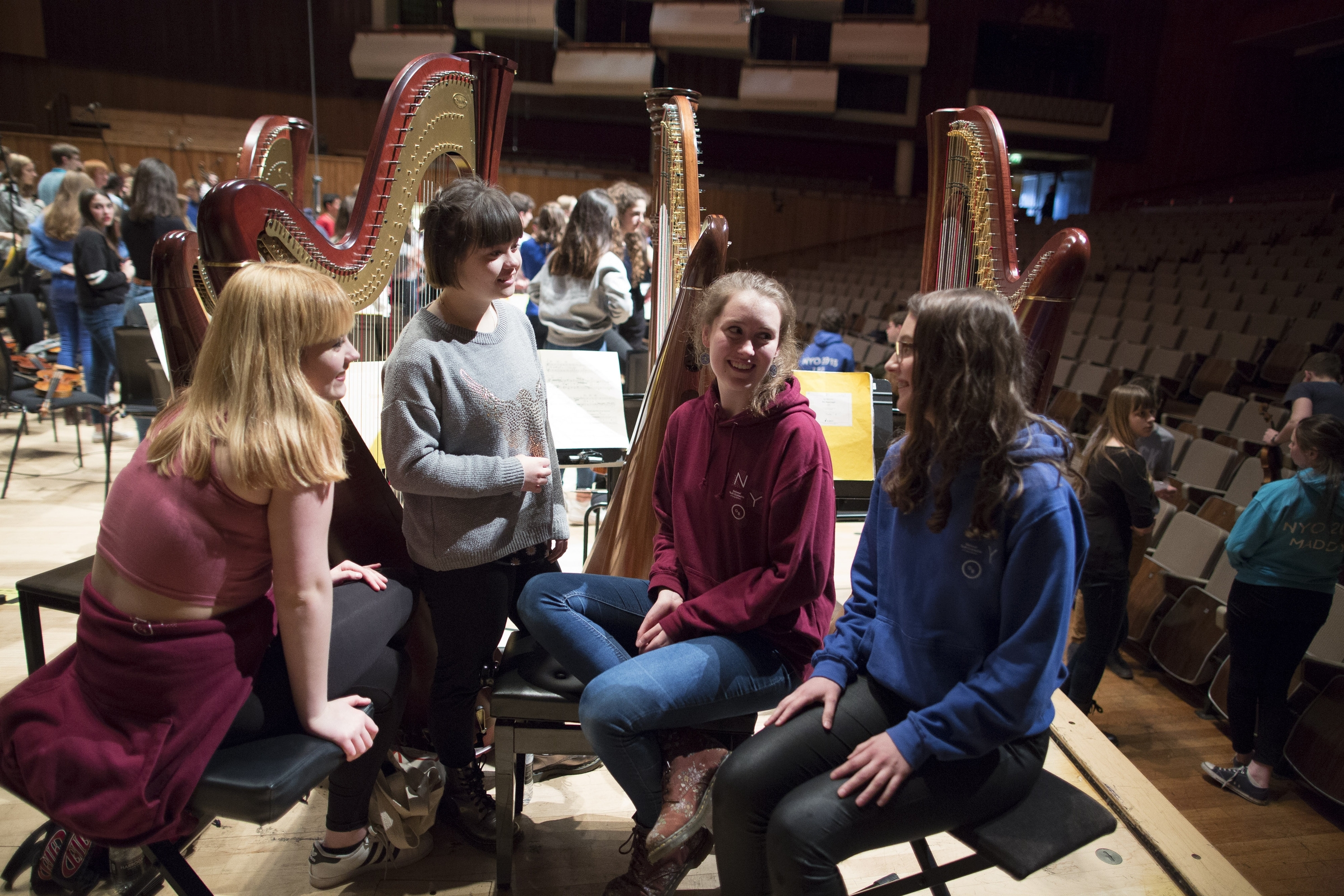 The National Youth Orchestra, invented after the Second World War to create an ensemble for our best teenage musicians – sometimes 170 of them at a go - has been conducted by the likes of Pierre Boulez, Adrian Boult, Simon Rattle and Mstislav Rostropovich, and this year won the ABO/Rhinegold award for its boss, Sarah Alexander, as orchestra manager of the year. But now it’s got an even more glittering accolade: it has been chosen to be an associate orchestra of the Southbank Centre, and here are some of its members in rehearsal at the Royal Festival Hall for a concert there last week, pictured by Jason Alden, a performance that was live-streamed on YouTube.

“Not only does this new partnership celebrate and consolidate a very special relationship developed over recent years but builds upon our joint commitment to nurturing the next generation of classical-music audiences and performers” said Gillian Moore, the Southbank’s director of music. “With its extraordinary virtuosity, dynamism, spirit of adventure and passion for championing new repertoire, NYO is truly a world-leading orchestra and perfectly complements Southbank Centre’s award-winning education programme”. So they join the likes of residents the Philharmonia and the LPO, and associates such as Aurora, and get an annual concert in the Festival Hall, plus collaboration in other youth music projects. 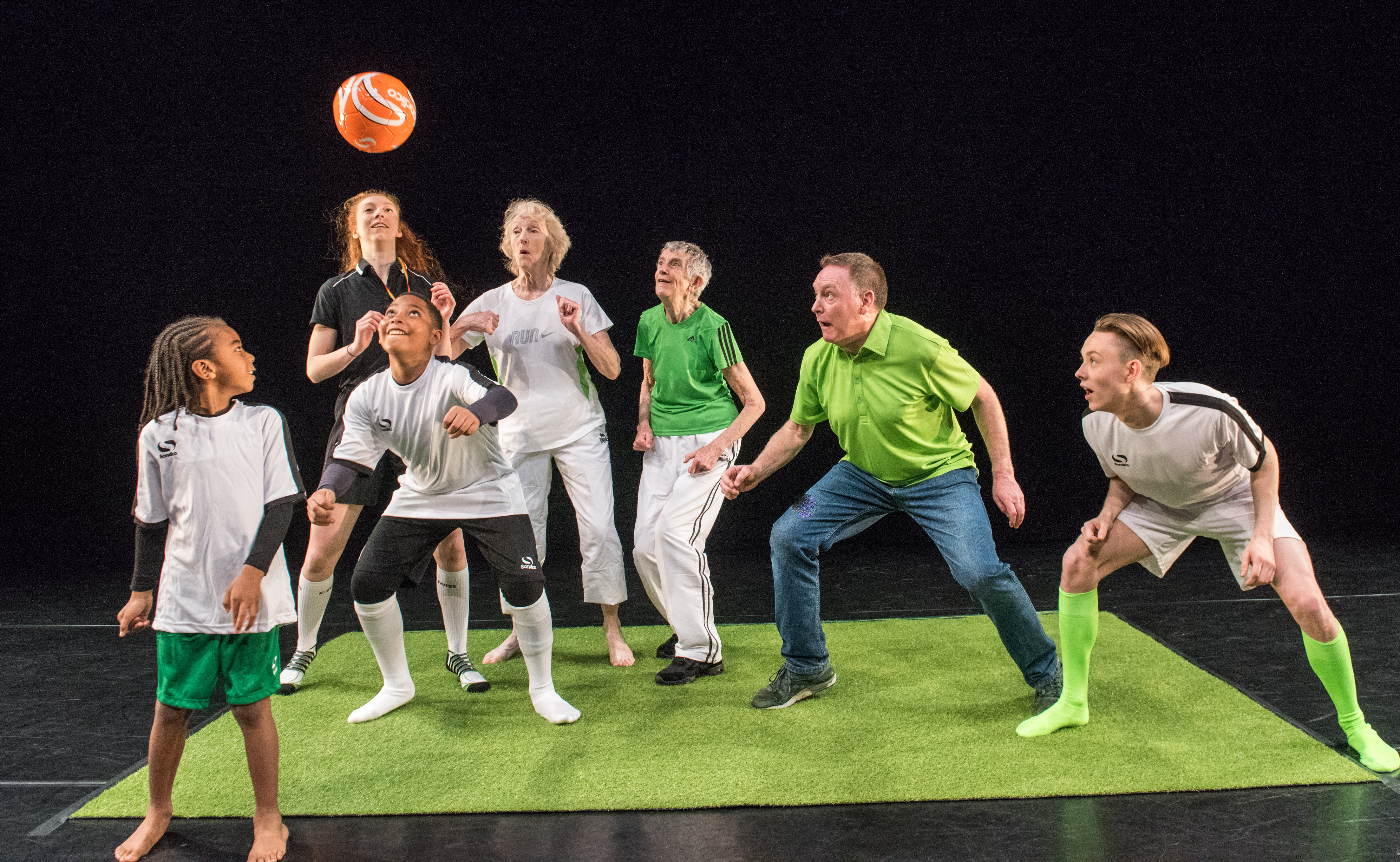 A game of two arts

There was an experiment a few years ago in which Newcastle Football Club and Northern Dance got together for joint training sessions, someone having spotted some common elements in their routines. It didn’t last, I think the chaps were unclear about what to do with their shinpads. But now the Sadler’s Wells creative learning department and the West Ham United Foundation, the club’s community programme, have got together to create

a community dance, Home Turf. The dance theatre and the soccer club are both eventually going to be in the Queen Elizabeth National Park in Stratford East as part of the Olympicopolis project, but in the meantime this new dance has been put together by professional choreographers with the help of foundation enthusiasts of all ages who will be part of
the final piece. The world premiere is on the Sadler’s Wells main stage on September 24 this year. 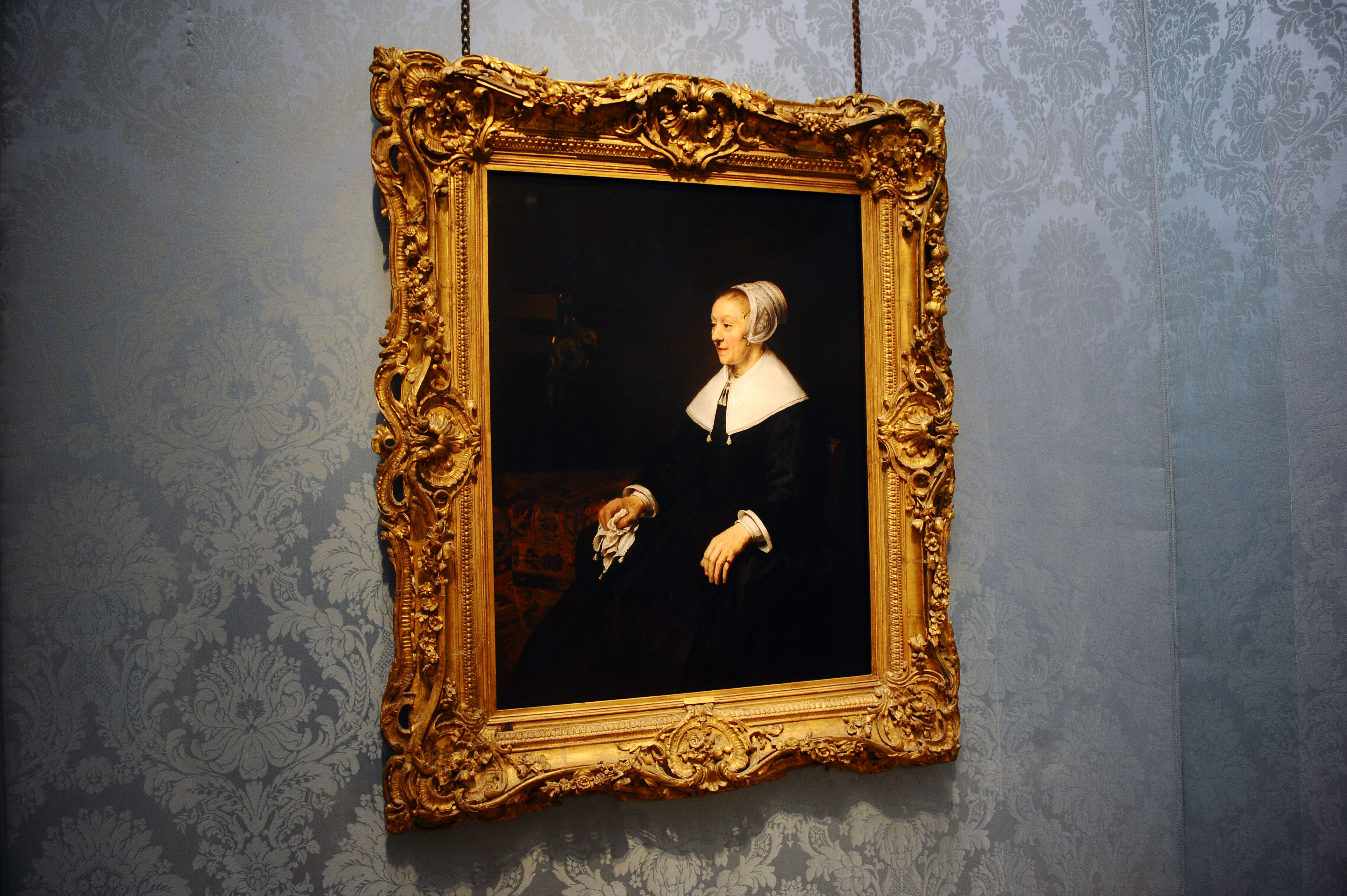 Public collections can seldom brag a Rembrandt in their walls, they’re almost as hard to come by as a Bombay duck feather. But National Museum Cardiff has got one at last. For three years, at least. The is Portrait of Catrina Hoogsaet, painted in 1657, and it’s no ordinary Rembrandt either. It was sold to an anonymous buyer at Sotheby’s by the Douglas-Pennant family last year for £35m, having hung
in their stately home, Penrhyn Castle in Wales, for 150 years. The Art Fund ran
a campaign to acquire it for the nation, specifically for National Museums Cardiff, and it failed, but the new owner has decided not to export it and to give on long term loan to the museum, where
the lady now hangs. All very amicable, and even more so in that the museum
is also getting £10,000 from the Douglas- Pennants for an education programme to go with it. 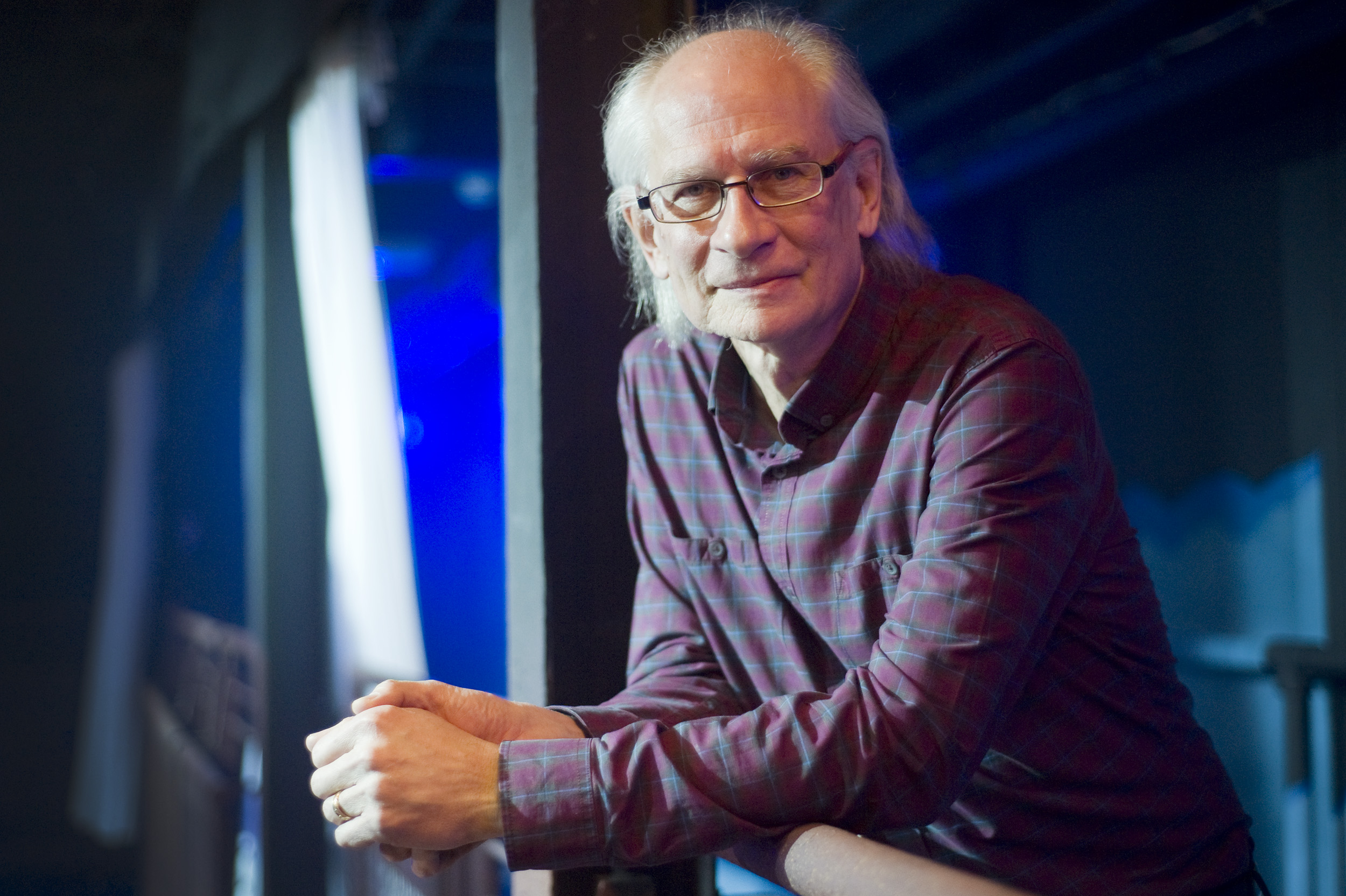 Chickenshed, the theatre company that brings together disabled and able-bodied performers of all sorts and began in a Barnet former chicken factory, has appointed only its second artistic director since it was founded by Mary Ward (the former artistic director) and Jo Collins in 1974. He

is Lou Stein, founder of the Gate Theatre and former artistic director
of the Watford Palace, whose most recent theatre work has been this adaptation of Hunter S Thompson’s “gonzo” novel Fear and Loathing in Las Vegas last year. He won’t have long
to settle in – he is overseeing the next production, a brand new play called In the Absence of Silence, which opens in the Chickenshed studio theatre in Southgate on April 27. 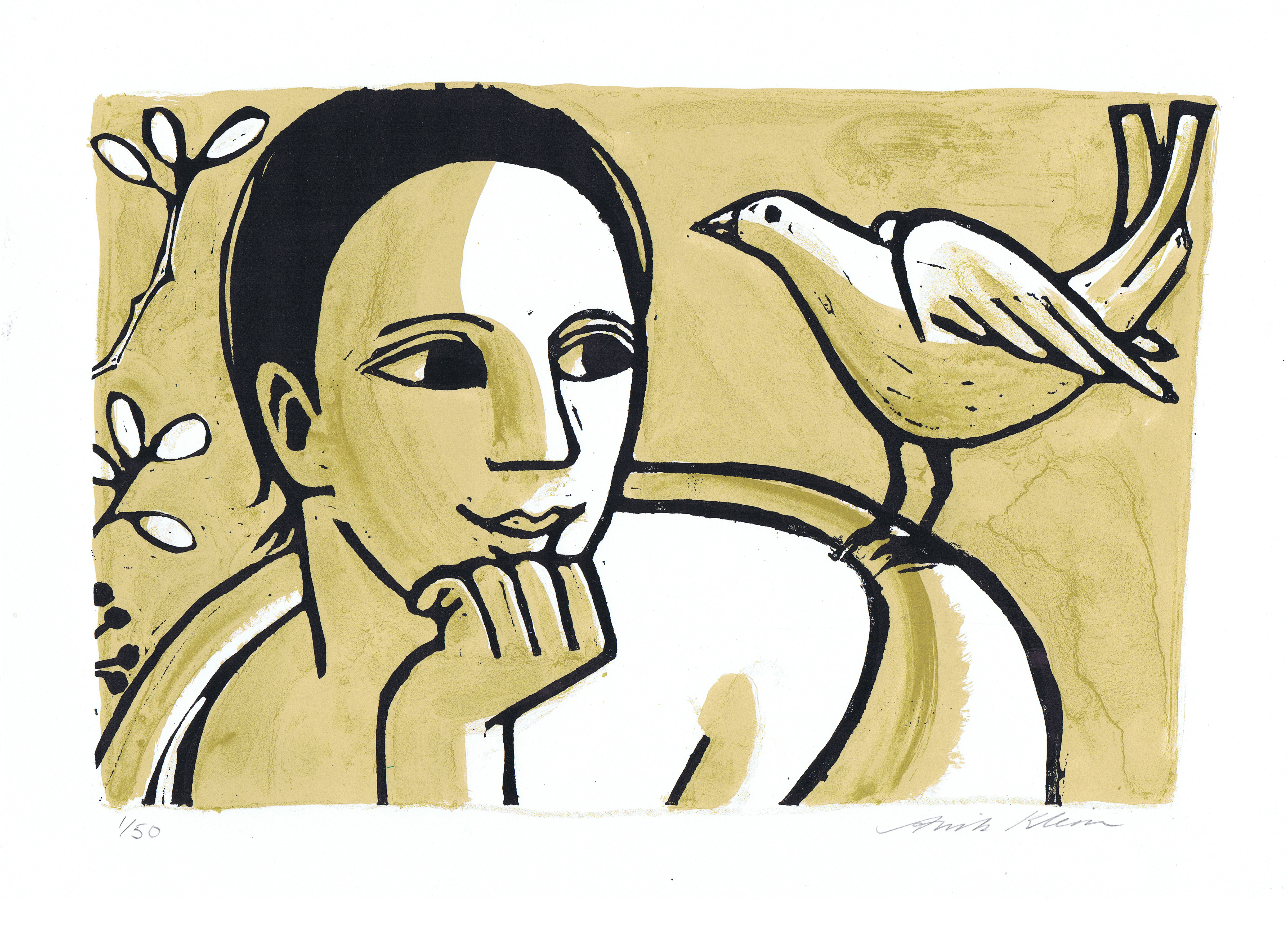 Not a Secret any more

The Royal College of Art has been offering its “Secrets” for charity for 22 years, the latest having opened last week with more 2,000 postcard-size works by artists, some of whom might be famous, most not. A Grayson Perry was in there somewhere this time, and an Anish Kapoor. But if you’re not one for mysteries, you can get prints of some of the 2015 school of secrets, 20 of them, including little things by David Shrigley, Gavin Turk and this one by Anita Klein. And while bidding for the 2016 RCA secrets started at £55, you can get one of these prints from Jealous, the gallery in Crouch End, until April 24 for a tenner – raising money for the Hepatitis C Trust.