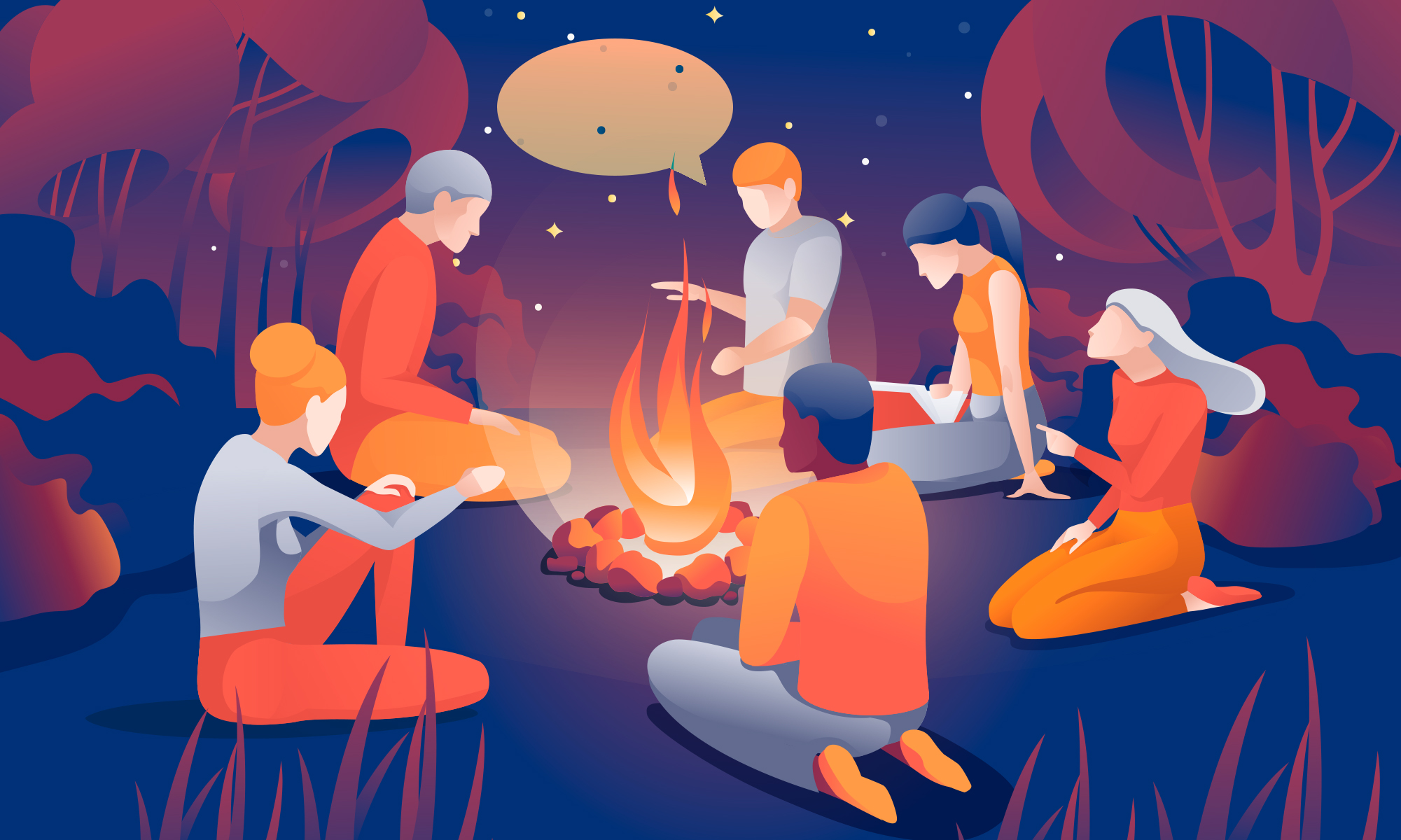 TAITMAIL Once upon someone’s time

This is National Storytelling Week, the annual celebration of the spoken tale that’s been going since 2000, and it comes in the middle of an unprecedented explosion of literary enthusiasm.

Last year, for much of which bookshops were shut, more than 202m printed books were sold, the most since 2007 which is another pre-recession pre-austerity country, contributing handsomely to Amazon’s 84% profit increase in 2020. The Bookseller tells us that there was a 5.2% increase on 2019 worth £1.76bn. “So many people have turned to books for sustenance, information and joy through this difficult year” said Kate Skipper of Waterstones, the chain that saw its own profits rise by 39% to nearly £28m. Top of the list, since you ask, was Charlie Mackesy’s picture book The Boy, the Mole, the Fox and the Horse which is about… well, guess. Second was Richard Osman’s debut The Thursday Murder Club and third was a cook book.

But before books came oral narrative, storytelling - we invented language so that we could tell stories, goes the mantra - and that’s having a boom too, according to the week’s organisers the Society for Storytelling, which has been going since 1993. “We provide a central place to find out about storytelling events, to ask for advice on using storytelling, about workshops to help you find your individual voice as a new storyteller” its website tells us. According to the society National Storytelling Week normally happens in storytelling clubs (pubs in my day), theatres, museums, schools, hospitals, spoken word venues (sometimes the same pubs), and increasingly care homes where it’s a useful component of reminiscence therapy. Almost exclusively, of course, and for the first time, the storytelling will be Zoomed or Skyped. The week is more of a guide than a programme of events, and much of it is child-orientated with free resource kits to download – unsurprisingly record numbers have gone out this week with every crumb of help being fallen on like lifesaving nourishment by home-schooling parents.

A lot of these narratives are folk tales, fairy stories, evocations of phantoms, raging storms and snatches of history – if it was good enough for Shakespeare… And many are based on what the tellers know best, themselves, and that has been the making of another small publishing phenomenon.

StoryTerrace, which started in 2013, has published more than 2,000 books and is not about people who tell their own stories but want to write them. It does everything you need from finding you a writer (from a panel of 600), if you need one, to delivering your full-colour hardback to your door. Its founder Rutger Bruining reckons that over a million Britons have written their own books during the lockdown year. “The basis of storytelling has been primarily virtual for the past year, but it hasn't diminished the power behind its craft” he said. “And although we all have our favourite films and world-renowned novels, the greatest stories are those which are personal to us. Writing your personal biography can be one of the most satisfying projects you ever embark on. Research has even shown that it can provide strong mental health benefits, which has become especially important during lockdown”.

Trouble is, as anyone who has ever been to a dinner party among strangers knows, yourself is nearly always the least interesting topic for anyone who is not yourself.

More valuable might be the perhaps less entrepreneurial but more challenging proposition the Arts and Humanities Research Council has taken on: to open the door to those who feel excluded. This week it announced an £850,000 year-long programme in which ten specialist academics will examine how the arts can unlock the lives of those caught in often vilified minority groups that are not getting the attention and understanding they need, exacerbated by lockdown. Equality, diversity and inclusion is their brief.

So one of them is looking at how racial differences can dissipate by looking at the four years the Emperor Haile Selassie and his entourage lived apparently harmoniously in Bath in the 30s. A photography professor will look at how her craft can demarginalise women. Another study will take on how hostility to LGBTQ people can lead to loneliness and depression, and a way out. A composer wants to find ways of melding Indian music practice into wider music-making.

“Learning about our heritage and culture and participating in the arts can deepen our perception of our history and of ourselves” said the AHRC’s executive chair Christopher Smith. “These fellowships will enable researchers to connect their scholarship with diverse communities across the UK and bring about positive change.”

Everybody has a story to tell, but they are not always comfortable to hear. The lockdown should be an opportunity not only for the habitually silent to speak out, but for those not used to listening to lend them their ears. It’s their stories we need to hear and learn by. As the Storytelling Society likes to say, “Once upon a time or not in my time, not in your time but in someone’s time…”