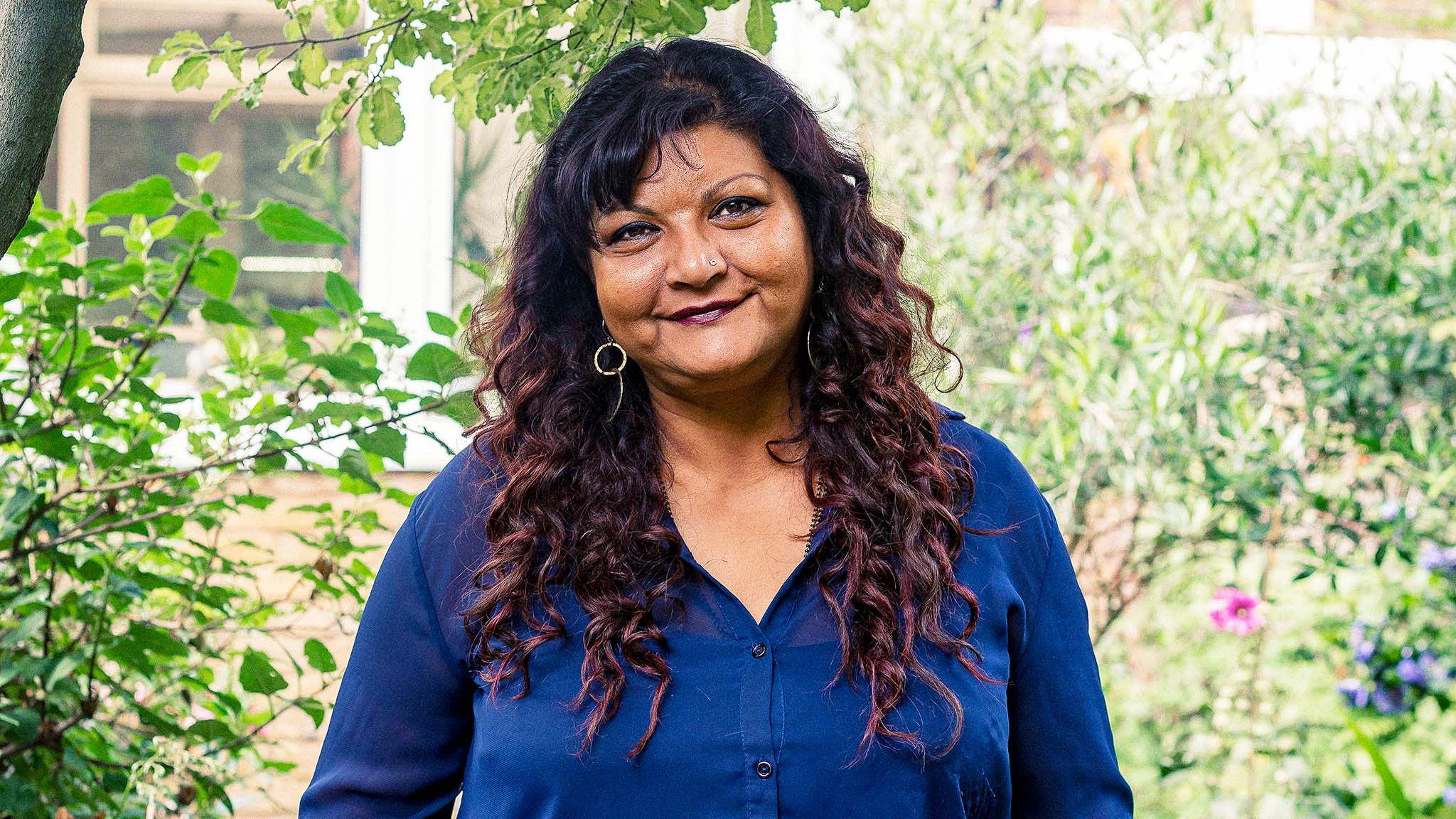 Tanika Gupta is not just the leading British Asian playwright, multi-award-winning with more than 20 plays performed in her 25-year career. Nor is she merely a leading British woman playwright, though she is that too. What she almost certainly is is our most versatile writer for stage, screen and radio.

With a play about Gandhi about to open at the Lyric Hammersmith she is also working on scripts for BBC TV and ITV on which the wraps are still tight, and is in the second draft of her first sci-fi play for Radio 4.

As her talent dictates, her subjects vary enormously, but a frequent leitmotif has been her experience as a Briton whose parents are Indian immigrants and who is married to an Englishman, and so whose children are mixed race. It is a substantial section of the population largely unregarded by Britain’s cultural establishment.

Two of her plays, The Empress about Queen Victoria and her two Indian servants, and her adaptation of Ibsen’s A Doll’s House which is shifted from Norway to 19th  century Calcutta with the heroine an Indian married to a white colonial bureaucrat, are now on the GCSE curriculum. By a coincidence, the academic asked to write the foreword to her work for the GCSE course knew her well: she had been Gupta’s English tutor at university.

“What I found really interesting” Gupta says “is that she talked about the fact that as a writer I had more knowledge about India than I did about Indians in this country because through my work I had rediscovered Indian history”. The subject was nowhere to be found at either school or university.

The fact that history appropriate to British Asians is not taught in our schools at all is one of the great lacunae in our education offer, she thinks, and is frustrated that the government recently turned down the opportunity to put it right. “We were never told anything about the fact that there were people from India in Britain in the 1840s, 50s and 60s (as depicted in the Empress), immigration is always talked about as if the first people to come to this country was the Windrush generation.

“I watched my kids going through school without any kind of wider historical perspective, and I think until that changes the bigger changes we need won’t happen” she says, in her firmly gentle way.

Tanika Gupta was born in 1963, a year after her university educated parents had arrived from Calcutta having found work, he on a building site, she as a tea lady at Reader’s Digest. Their names, Tapan and Garika, were quickly anglicised to John and Jill.

But he was a singer and she danced, to the work of Rabindranath Tagore, “the Indian Shakespeare”. They toured all over Europe with their group, The Tagoreans, and Tanika went with them watching bemused Austrians rubbing her mother’s arm to see if the colour would come off. She was always going to be a writer, her father told her, and at school she won plaudits for writing stories drawn from the Indian classics, like the Mahabarata, that her teachers knew nothing about.

But she was aware of racism very early. “I remember e one of the kids in my class called me a wog so I told the teacher this and he said to me ‘Well, you are one really aren’t you?’”

She has never been angry about racism, she says, just sad. At Oxford she was one of two women from Asian backgrounds in her year - a year that included Boris Johnson, Keir Starmer and David Miliband – at a time of the miners’ strike, Greenham Common and Free Nelson Mandela marches; she fell into left-wing student politics and made lifelong friends. At Oxford she also met her husband, David Archer, ActionAid's head of programme development

After university Gupta became a community worker, first in Manchester with a women’s refuge and then in London, while she began writing a novel in her spare time. She joined the Asian Women Writers’ Collective where she was told firmly her prose was average but her dialogue was good, and the novel was abandoned. It was through the collective that she learned about a radio play writing workshop the BBC was offering, and at 26 she joined and got her first play produced, Usher, about an Anglo-Indian woman looking back at her life.

“The BBC were encouraging black and Asian writers to train for radio, and I was the product of what they would now call ‘token gesturing’” she recalls. “But to me it was my launchpad”. She has now written more than 30 radio plays. “Thousands more people listen to radio plays than go to the theatre” - and many TV scripts including a storyline for EastEnders, and several for Grange Hill (from whose cast she learned that young people no longer refer to “snogging”; the word now is “lipsing”).

Her range is astonishing. She has adapted Ibsen but also Harold Brighouse’s Hobson’s Choice, E M Forster’s A Passage to India, the Scottish poet Jackie Kay’s Red Dust Road, (“a very difficult novel to adapt”), and her close friend Meera Syal’s novel Anita and Me.

As well as an MBE she has won many prizes, but her favourite is the James Tait Black Award for Lions and Tigers, an exploration of the life of her great uncle, the anti-British Raj freedom fighter Dinesh Gupta, performed last year at Shakespeare’s Globe – where she found that dark faces onstage are not well served by the candlelight of the Sam Wanamaker Theatre. It had been written for the National Theatre in 2013 but rejected by Nicholas Hytner.

Out West is a trio of short plays commissioned by the Lyric Hammersmith about migrants in London from Gupta, Roy Williams and Simon Stephens. Overseas Student allowed Gupta to indulge her fascination for Mohandas Gandhi and is a monologue about his three years in London as a teenage law student in the 1880s.  “I was determined not to make it political, but he loved being here, he loved the English”.

Her discoveries were delightful, like that he got involved with the theosophists, a strange cult led by Annie Besant and Madame Blavatsky, “but I think he withdrew when they started communicating with the dead”; and it was two Jewish brothers who introduced him to the epic poem Bhagavad Gita, part of the Mahabarata – “so it took a pair of Jews to introduce Mahatma Gandhi to one of the key scriptures of Hinduism in an English translation, from which he quoted frequently throughout the rest of his life”. Overseas Student opens on June 18.

Gupta has also taught at drama schools for many years and has been dismayed at the predominance of white faces in the student bodies. At Royal Central, where she finished in January wearied by trying to lecture via Zoom, she was asked to write a play for the MA class and was confronted by 14 white faces – “so I wrote them an Irish play”.

“Our drama schools have got an awful lot of work to do on diversity, and I think theatres are too worried whether you have ‘permission’ to write certain things. If we worried about that we’d only ever write about our own cultures, and how boring would that be?

Racism is still an enflamed pustule in society and Gupta believes efforts to eradicate it have taken reverse steps in recent times. She recently saw the Oscar winning Judas and the Black Messiah about the betrayal of the Black Panther leader Fred Hampton in 1969 – “and we’d actually just witnessed it happening all over again with George Floyd”. The Black Lives Matter movement is important in bringing the colonialism issue to the fore, and she welcomes the appearance now of several good young black playwrights. The flip side, though, is that British Asian playwrights will have to continue to wait their turn, she thinks but she’ll be patient.

“I go to the National a lot and see some amazing stuff there, but I wish they would just look again and broaden out the racial approach a bit. That doesn’t necessarily mean they everyone has to be black and Asian, but it does mean that we need a difference.”

During lockdown Gupta has been busier than ever, with ten or more pieces of work on the go. They include something for another old Oxford friend, Sean Foley, now running Birmingham Rep, for whom she is adapting another Ibsen, Hedda Gabler, written late in the 19th century.

“I’ve adapted it so it’s post-war, and I was fascinated to find that the actor Merle Oberon was actually Indian” she says, intriguingly. “I’ve tried to do a scripted version of those two concepts, and the only thing I’ve told Sean is that in the end she’s not going to shoot herself!” 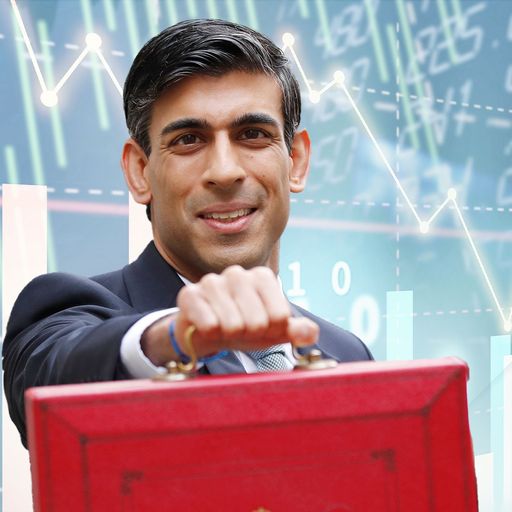