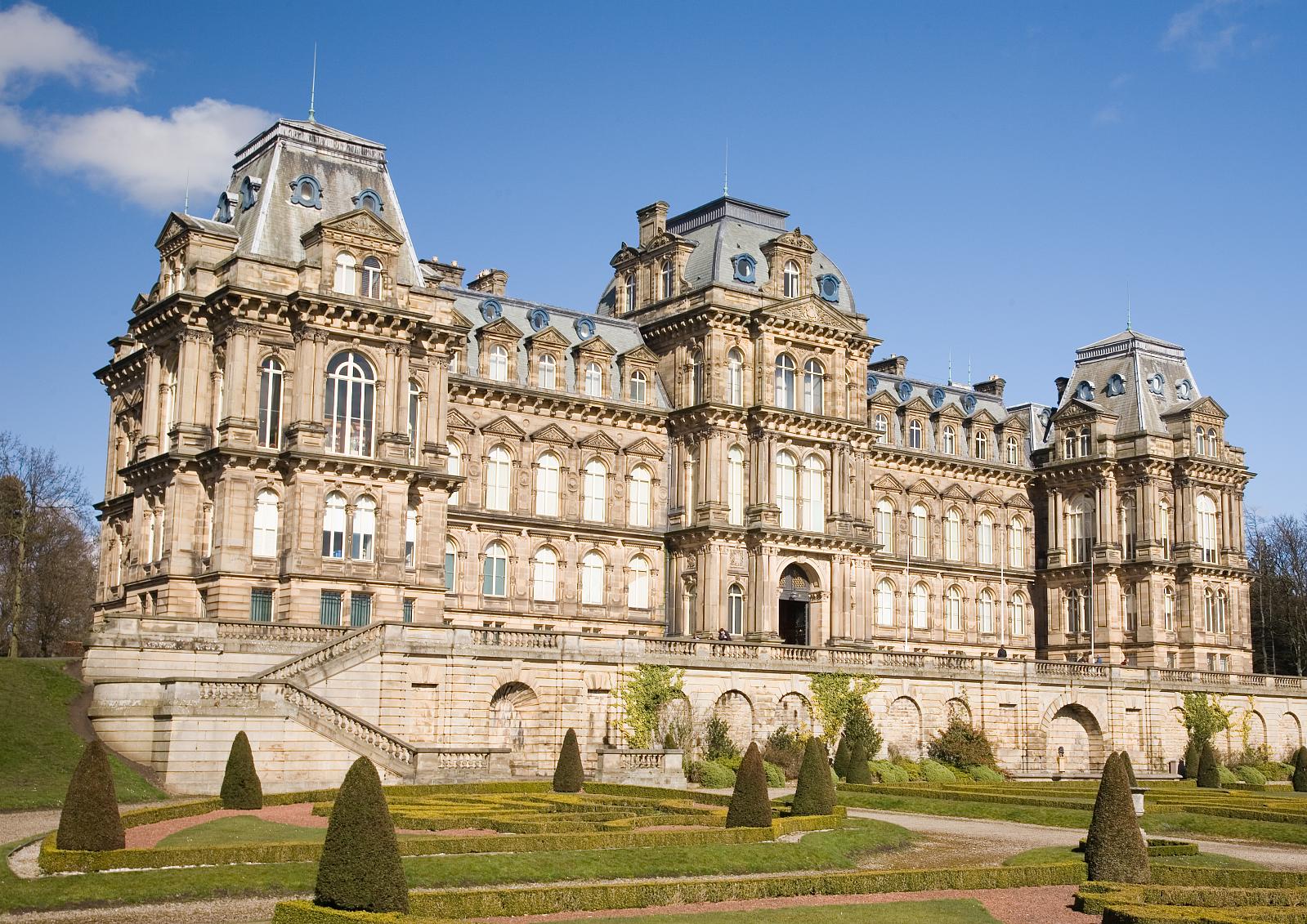 TAITMAIL Hail the non-elite art lovers of the North

The Bowes Museum in Barnard Castle, County Druham, is, like all museums and galleries in England, unable to open its doors until May 17th. But the fact that you can’t get to see the amazing treasures inside merely gives the visitor a better chance to admire the magnificence of the building itself.

Modelled on a French chateau the architecture is the brainchild of John Bowes, a wealthy businessman of the region, and his wife Josephine, a noted French actress. The Bowes were already considerable patrons of the arts in Paris and employed a French architect to design a fitting home in his native North-East for the Bowes’ collection. The result is an edifice which would enhance any landscape in the Loire Valley, but has a truly transformative effect on the countryside of Teesdale. It was an instant triumph and attracted a remarkable 63,000 visitors in 1892, its first year of opening. The folks of Barnard Castle are understandably proud of their museum and the lovely gardens which surround it.

All of which puts to shame the recent crass comments of Jake Berry, Tory MP for Redcar, about the cultural treasures of the North being found in their football grounds and not in opera or art galleries, as in the south of England. Berry, in his ham-fisted way, was trying to make a point about the value of local football clubs to their communities at a moment when it seemed that a long-standing Lancashire team, Bury FC, would disappear forever. But the fact that he reached for such a derogatory and inappropriate cliché demonstrates how detached our Parliamentarians are from the reality of people’s cultural lives in the North of England.

There are two dangers with this sort of nonsense being spouted in Parliament.  First, the comments did not come from a typical Tory backwoodsman but a sophisticated and erudite former minister who was in charge of the Northern Powerhouse under George Osborne and now chairs the Northern Research Group of MPs. Berry was desperately playing up to the trope, now beloved of the government, of dividing the country into two tribes: on the one hand, the metropolitan, sophisticated elites of the cities whose cultural diet consists of opera, European cuisine and multi-cultural art from far flung places; on the other, the true-blue voters of Northern Red Wall towns whose cultural affiliations run no further than flag, football and faggots and peas

The culture war now being waged at every opportunity by ministers ranting about statues, historical revisionism and the Union Jack may appear to be electorally canny, but it is insulting and diminishing. It suggests that, for example, the people of Barnard Castle have more love for their football team than their quirky French fancy of a museum. It presupposes that the same townsfolk are better off unaware that this same museum was the result of the exploitation of generations of miners who contributed to the Bowes family fortune.  Talk to a local and they will often point this fact out, but it doesn’t make them any less appreciative that they have something fine and special which other towns don’t.

The first danger lies in that the cities/towns divide which the Tories are so keen to promote is also a wilful distortion of how people feel about their cultural treasures. Is Opera North, the Leeds Playhouse and Northern Ballet a plaything of leftie elites from Leeds where they are all based? Box office returns suggest otherwise – a sizeable proportion of their audiences come from the smaller towns and villages in the surrounding area. Ask people running theatres in Bolton or Bury about their audiences and yes, they will lament the fact that many young people in particular head to the bright lights of Manchester for entertainment, but they know that their local populations look to their local cultural institutions for so many things they can’t get in the metropolis. They too are fiercely supportive of their Octagons and Mets and can’t wait to get back to using them.

The second danger is that the government’s response to the post-Covid economic recovery will display a similarly blinkered approach to the role of culture. Already the disbursement of the so-called “levelling up” funds seems to show a scant regard for the importance of culture. Yes, there’s some money for tarting up cultural and heritage buildings in the mix, but the bulk of the cash is earmarked for sorting out town centre roads, streets and markets. All of these are necessary no doubt, but once again the government’s priorities seem to be dictated by an age-old prejudice against culture as an additional frippery rather than a key economic driver.

But there is one recent hopeful sign that MPs on both sides of the House might persuade ministers to take a different tack in the future. An All-Party Parliamentary Group has been set up to act as a voice for culture in the North of England and is backed by Tory and Labour parliamentarians. With the help of Northumbria University and consultants counterculture they have set up an inquiry into a Post-Covid Action Plan for Northern Culture. On May 13th, just a few days before the Bowes opens its doors to the public again, that inquiry begins to take evidence. John Bowes, who once sat in the House of Commons himself as MP for Durham, would no doubt approve.