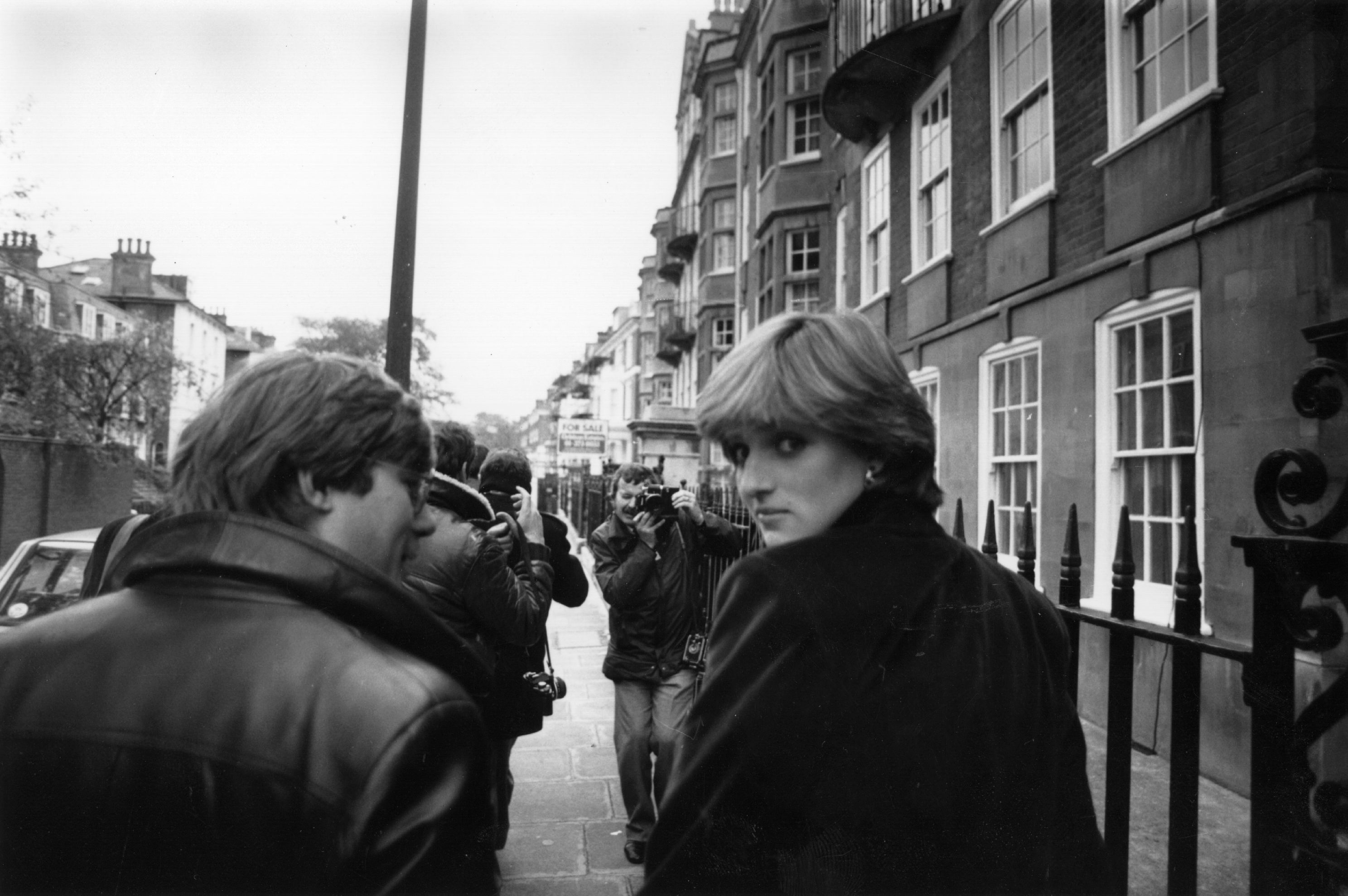 Speculation about who would marry the Prince of Wales was a matter of almost daily discussion in newsrooms around the country. Rumours of Charles and so many contenders were daily fodder for news desks and picture desks. Every potential candidate and their lifestyles was forensically examined by journalists working for the national press, with consideration given to their potential to provide an heir to the throne .

And then a strong contender appeared.

Diana, the younger sister of one of Prince Charles' former girlfriends Sarah Spencer, entered the frame. One lucky photographer spotted Diana’s car parked discreetly on the forecourt of Buckingham Palace and was rumoured to have made considerable money from the sale of the picture.

Rumours grew stronger and the announcement was considered to be imminent when this picture was taken on 13th November 1980.

Keystone Press staff photographer Ian Tyas had been on a trip overseas and popped back into the office to deliver his film to the darkroom. “On the day I had just returned on an overnight flight from Lebanon following a month away working in the Middle East” he says. “With a bag full of exposed film and sand-ruined cameras, looking and smelling scruffy (what's new?) I decided to drop the material off for processing at the Keystone office before returning home to see my newly long lost wife!

“On entering Keystones office all was a frenzy with the news desk pulling their hair out with not a photographer to be seen. I immediately bumped into Bertram Garai, my editor and Keystone boss, who exclaimed to all  'ah, Ian is here, where have you been? - Never mind!'

“Apparently anyone who could hold a camera in Fleet Street was out looking for 'Diana', for news had come through that she was to become the wife of Charles. Bertram, thinking I was a London socialite, was convinced I would locate her so he sent me off to join the chase with the only working camera I had left, an old wide angle Pentax.'

“Not having a clue of where she lived I drove around Mayfair in circles until I spotted a lonely BBC film crew on the pavement. Not wanting to seem obvious I parked up and wandered over to them saying hello and asking if they knew when she would be appearing. ‘No idea' came the answer 'but she is in there' which was good news for me.

“Happily, less than ten minutes later, she left the building and I, with only the wide angle lens and walking backwards in front of her,  would have hit a post of some kind had she not warned me of the danger.

That then left me walking behind and on calling her name she looked around with that lovely half smile with her head and eyes up............ SNAP! I seem to remember following in my car for a bit, she had a Renault 5, but soon gave up  as motor cycles joined the chase.

“Not knowing what I had, I returned to the office and gave the film to the darkroom to be processed whilst receiving a wigging from Bertram asking why I had not shot colour as well. I didn't wait around to see the results because I wanted to be home, so after a scribbled caption I was off to the calm of the Kent countryside.

“Sadly the picture cast me as being a paparazzi, which I never was as I specialised in features and exclusives. I had photographed the Spencer family some years earlier when I was invited to their stately home at Althorp where her parents were charming.”

Ian Tyas retired from journalism in the eighties and now lives in southern France with his wife .