Two of Bath’s favourites with visitors are coming out of the Covid crisis with optimism. Simon Tait paid a visit to find out why

Covid and the lockdown looked disastrous for Bath. One of our most popular historic cities relies heavily on tourists, especially from overseas, and in March 2020 as its attractions were looking forward to the usual spring boom, the future was suddenly blank.

For two different unsubsidised institutions, both key tourist targets, it looked especially bleak. The Holburne Museum had just struggled out of the red to be confronted with a sudden halt in all income; a few Austenian streets away, No 1 Royal Crescent had expanded after acquiring the house next door, and its resources were already stretched when it had to close its handsome terrace-end front door indefinitely. 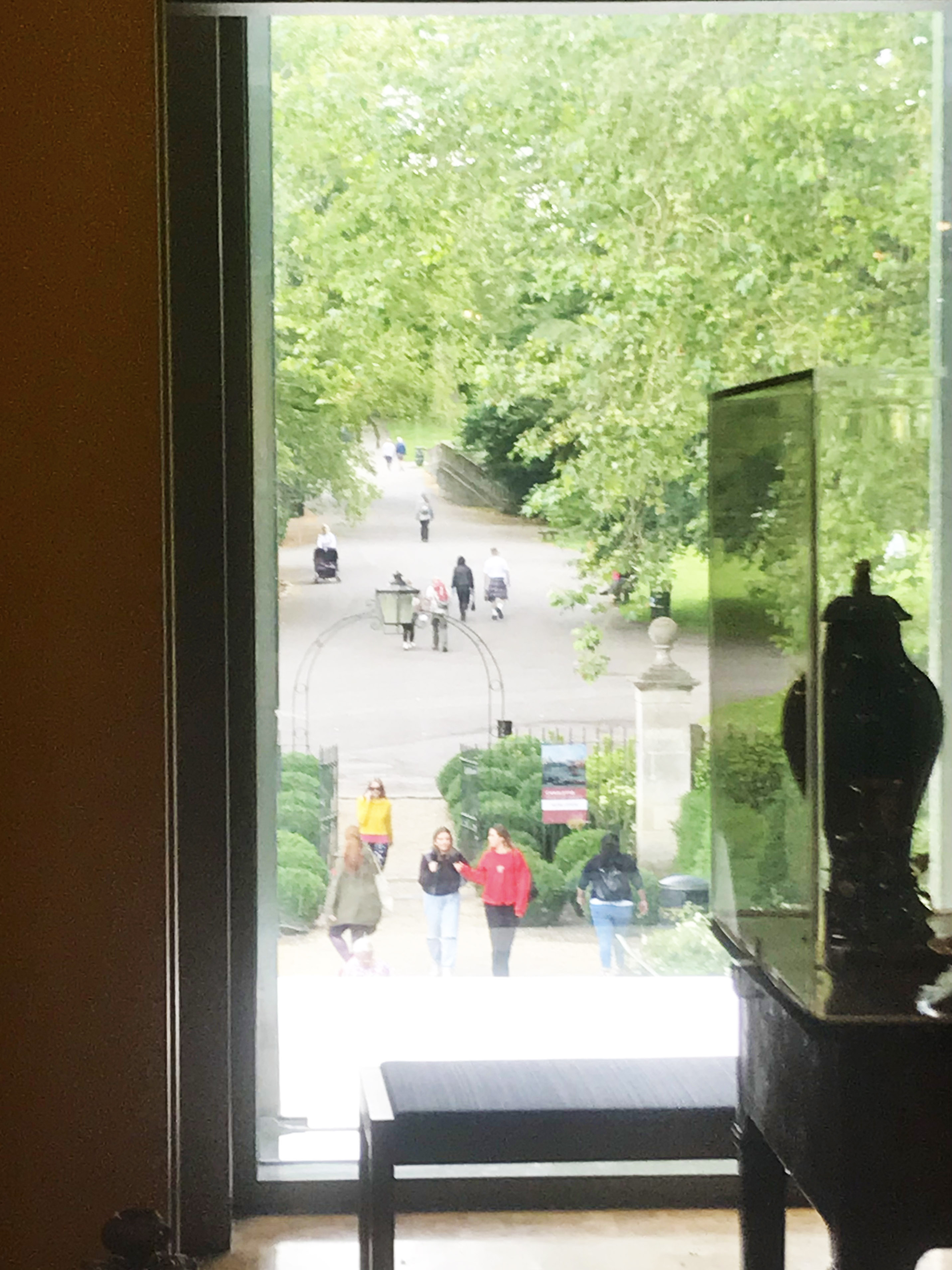 The Holburne first opened as a museum of art and decorative arts over 100 years ago in a former hotel and it has grown to have, among other things, one of the finest galleries of 18th century portraits in the country, if not the world. In 2011 it had a refurbishment, with recast gardens and a restaurant which saw a record attendance of over 20,000 in a single month. The Holburne, an independent charity, has never had any subsidy.

By 2019 the future was looking especially good. Chris Stephens, recruited from Tate Britain, became director in 2017 and various changes were put in place, including a new business model and an expanded retail offer that increased the museum’s income by 75% and reversed a long-standing deficit. In prospect was an appealing series of exhibitions: Grayson Perry: The Pre-Therapy Years followed by Canaletto and then Thomas Lawrence, and the first weeks of Perry, Stephens says, massively exceeded expectations before it had to be abruptly closed.

Because on March 18 the museum was suddenly shut, with all its earned income stopped, it looked as if it could be permanent. In desperation it launched a crowd-funding campaign – “The impact of Covid-19 and months of closure has been financially devastating, and we can only continue to create great exhibitions and bring the best art to Bath with your help” was the plea. It raised £100,000.

Stephens cut the staff to a skeleton and all but essential spending with the remaining team working on fundraising, collections care and keeping contact with the vulnerable adults the Holburne’s Pathways to Wellbeing and Recollection programmes target. Then came its first grant from the public purse, from the National Lottery Heritage Fund (NLCF), followed in October with one from the Culture Recovery Fund (CRF), with a second grant in April this year, part of which helped move activities online and a growth of sustainability through developing digital marketing resources. CRF meant Stephens could bring staff back from furlough and get on with planning and expanding the community activity. There were smaller helpful grants, from Art Fund which helped develop material to send out to schools that could no longer visit, from the NLCF again for a creativity pack to send to vulnerable young people, and from the Paul Mellon Centre to bring a curator off furlough.

Most important was that the Perry show was able to return, and that the Canaletto and Lawrence exhibitions could open a year late. “Our business plan had been built around much greater attendance with such a strong programme, so the replacement of those lost funds was vital and is what has let us come out of the pandemic (if we are coming out of it) strong… and the hundreds of individual supporters and those other funders, and because of the adaptability and resilience of our team”. 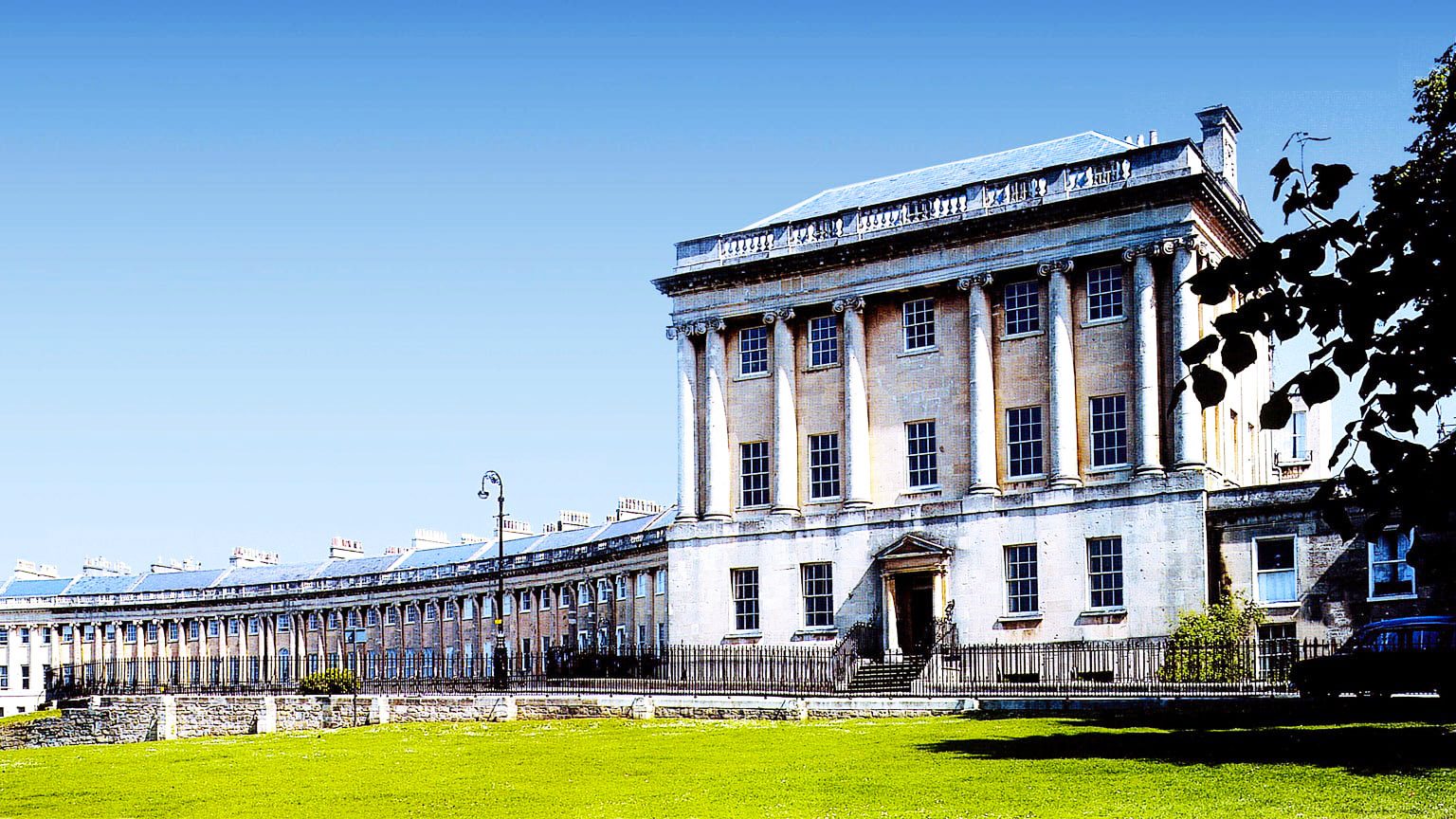 The Royal Crescent is one of the most recognisable of all our neo-classical buildings, built between 1767 and 1774 by John Wood and his son as a culmination of their vision for Bath. They were built to rent and No 1 was the first to be occupied, by a landowner called Henry Sandford. In the 1960s the house was divided in two, 1 and 1a, and 1 was bought by the shipping magnate Bernard Cayzer who gave it to the Bath Preservation Trust, which also has the Herschel Museum of Astronomy, the Museum of Bath Architecture and Beckford’s Tower. He funded its restoration and it opened to the public in 1970. In 2006 No 1a was bought by another philanthropist, Andrew Brownsword (after whom a gallery in the Holburne is named) that made it over to the trust, and in 2013 the increased public rooms, doubled from five to ten, including a kitchen and scullery for the first time as well as a gentleman’s bedroom, and a gallery. All the rooms have been re-dressed in accordance with a new storyline, and through the last year extra objects – authentic to the time but not necessarily the place – have been installed to make a much more lived-in feel (eight paintings have been loaned by the Holburne). Visitors are guided by footprints, and the first room is the breakfast room where the family members are introduced.

But with the closure of its museums the trust, which has its headquarters at No 1, lost 90% of its income, and while No 1 has also benefitted from the NLHF and cultural recovery grants, some staff had to go and the whole presentation concept had to be rethought. During the lockdowns the house was involved in creating online resources for schools and families, and activity packs that went out via foodbanks and children’s centres. Some of the grant income was used to invest in technological knowledge, installing new infrastructure to upgrade security, conservation and interpretation in the rooms.

Income streams have been diversified: No 1 now has a weddings licence and offers rooms, the kitchens especially, for event hire. The museum shop has been expanded.

“At this time, we took the difficult decision to permanently remove room guides and introduce technology to bring the house to life for visitors” said Tamara Spurway, the trust’s marketing manager (above). Instead of the volunteer guides that used to invigilate in each room the resident family’s story illuminates each room with their appearances on video, and you can eavesdrop on their conversation.

“While they are not real and not named, everything you hear, whether it’s names, places, events or political issues of the time, is based on authentic fact and curatorial research, to provide a better understanding of Georgian Bath and the wider global context of the time” Spurway says. “We have created a more resilient museum, where no interpretation is permanent and we can change our narrative and feature different narratives, to encourage repeat visits”.

While both places are open now, visits are by appointment bookable online, systems which are working so well there are no immediate plans to return to normal even as July 19 approaches.

Attractions like the Holburne Museum and No 1 Royal Crescent are learning to sustain themselves through philanthropy and earned income in more sophisticated ways, made necessary by the unprecedented crisis but made possible by unprecedented public funding investment.