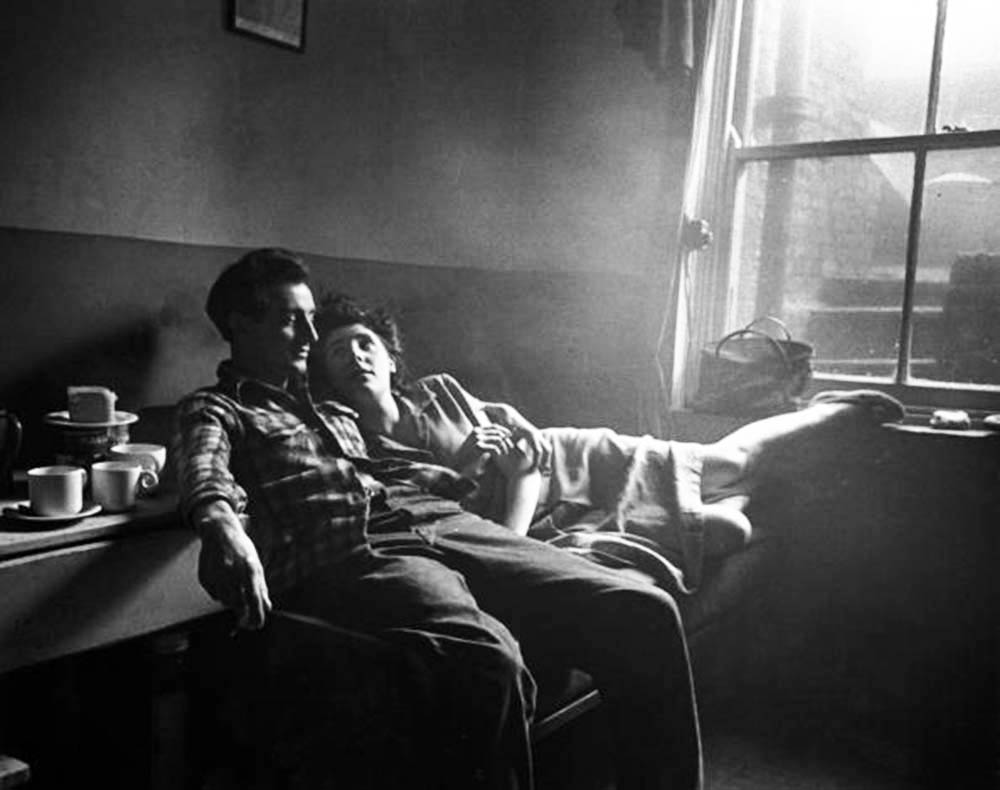 Alan Sparrow on a legend of photojournalism

His work is a record of ordinary life, lived by so many but rarely recorded. His photographs of poverty in Glasgow’s Gorbals, in Liverpool and in London for Picture Post are compelling. The characters in the pictures, invariably with a cigarette dangling from the bottom lip bear, close examination, and the black and white images viewed now appear as if from a foreign land, alien to the way we are. How can it be that life just a generation ago looked so different from today? And whether Hardy was photographing poverty, Korean political prisoners or Hollywood stars, it was always with respect.

But we may never have had this remarkable archive of life if the young Albert Hardy had been able to multiply 13 by 13. Born in relative poverty oin Blackfriars, Southwark, in 1913, the eldest of seven, he left school at 14. The first interview he attended after leaving school was with a local garage where the owner asked the would-be mechanic the tricky question. The failure to come up with the right answer forced him to look elsewhere and the next iinterview, this time with a local chemist who needed a “lad”, was more successful. The chemist processed film, an interest in photography was formed and a career was born.

In 1936 he had some early success with a carriage shot of the of the King and Queen during a parade for their Silver Jubilee, taken on a plate camera that was balanced on the head of his smaller sister. He printed two hundred 6x4 prints which he sold locally for 6d (2.5p) each, and encouraged by this he went to work for a local photographic agency as a photographic printer and, enticed by the prospect of earning more money, soon took the next step as a photographer.

More success followed and he found that much of the work he was producing was being published in the hugely popular magazine, Picture Post.

In 1941 he was taken on at Picture Post under the editorship of Tom Hopkinson. Hardy’s documentary style of photography led to many assignments, delving into the lives of the working class whose trust he gained enabling him to work closely with them.

Some of his success could be attributed to his preference for using a Leica, a compact 35mm camera that was less intrusive than the large format cameras used by Hardy’s contemporaries. But in July 1951 he took what might be considered to be one of his most famous photos of two women sitting on the railings on the promenade at Blackpool, using a single focus Box Brownie as a challenge to prove that the equipment was not the most important asset for a photographer.

In 1942 he joined the army photography unit and was at the beach landings on D-Day, in Paris for the liberation and as the allies moved towards Berlin was among the first photographers to arrive at Belsen. Towards the end of the war Hardy was posted to the Far East where he became Lord Louis Mountbatten’s personal photographer.

When the army no longer required his talents he returned to Picture Post and pursued many more gritty stories. In 1949 the magazine published a set of pictures documenting Life in the Elephant, within yards of where he was born, a powerful observation of post-war Britain. He relates that he and the reporter Bert Lloyd “walked around, and I did a few shots, nothing that meant anything, but sort of using the camera''. Returning each day looking for a lead, they were approached by a woman who asked Hardy to take her photo .When they explained their mission she became their guide to the Elephant, taking the two Picture Post men on a tour of the places and people. Hardy says in his autobiography My Life: “After that it was just smooth; it went so smooth, it was unbelievable.”

1950 saw a trip to Korea with reporter James Cameron, a trip that had far-ranging consequences. The story that Cameron and Hardy brought back was about the abuse of Korean prisoners by South Koreans under UN supervision. Edward Hulton , the owner Picture Post, was reluctant to publish the story but Hopkinson insisted and published the story, leading to Hopkinson’s sacking.

Hardy continued to work for the Post but the style changed under a new editor and its campaigning style became less on the edge, leading to its ultimate demise as readers fell away lured by alternative entertainments such as television. Picture Post ceased publishing in 1957.

Bert Hardy turned to advertising and claimed that it was during this time he made enough money to buy the farm to which he later retired. His interest in photography , however, continued and he did talks and exhibitions throughout his retirement. In his book he wrote: ''Everywhere I look, and most of the time I do look, I see photographs''. He died in 1995, aged 82.

To see more of Bert Hardy's work go to https://www.fleetstreetsfinest.com/artist/bert-hardy-2/