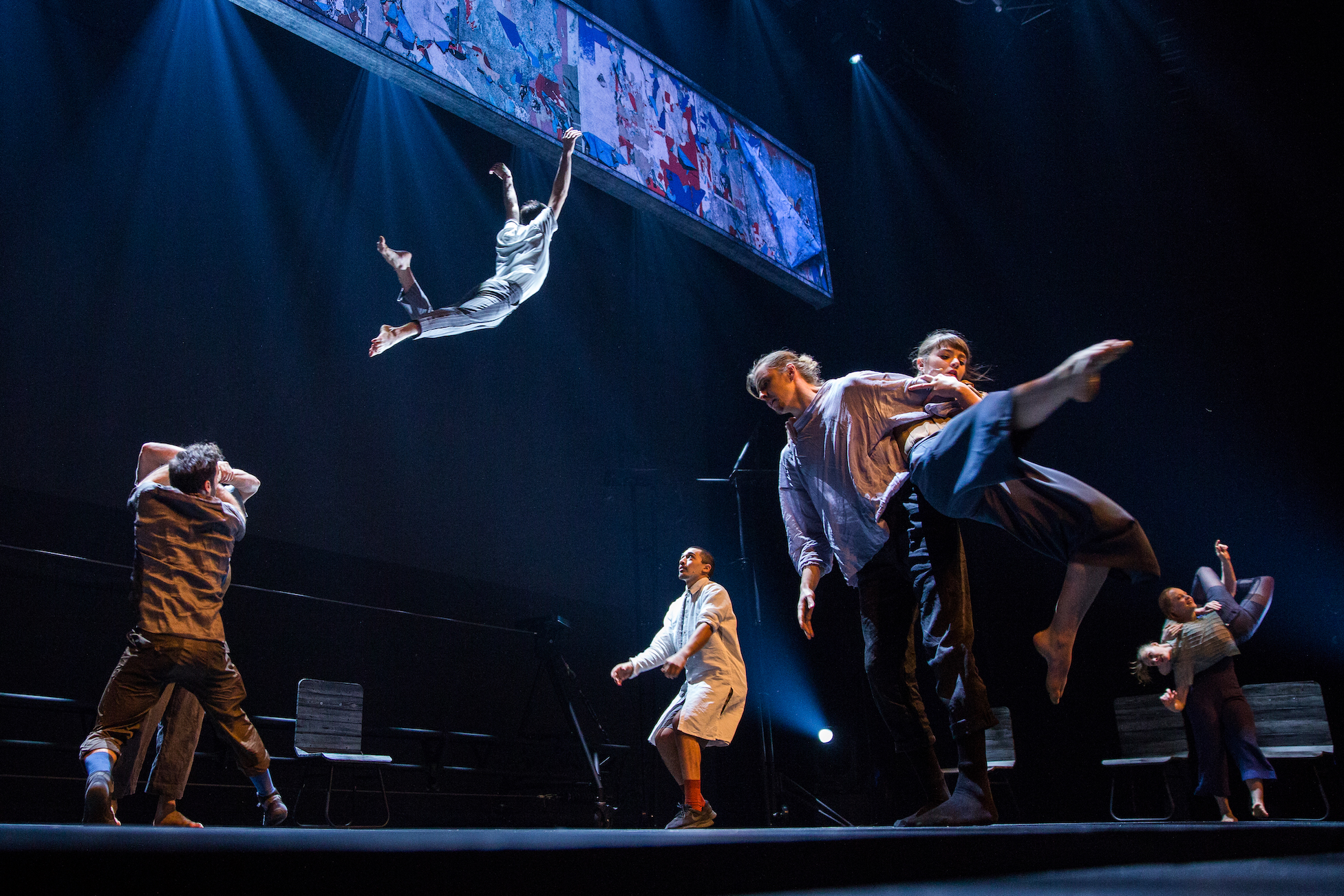 Getting contemporary dance back on our main stages has been hard enough, says Ros Robins. Keeping it there – and with an audience out front - is the next challenge. And ironically, near fatal as Covid has been to performance art, it is a major component in the recovery effort.

More than that, the creation and presentation of dance will never be the same again, with issues long wrestled quietly in the background suddenly brought to the fore and having to be confronted

But first, the massive sigh of relief - after one cancellation, two postponements and 14 months of empty houses - as Dance Consortium can announce its first touring schedule for 18 months: on September 21 the Canadian company The 7 Fingers (main image), one of the world’s most innovative companies coming from the home of modern circus, will start its debut tour of large-scale venues starting at the Birmingham Hippodrome and ending, three weeks and five theatres later, at Theatre Royal Plymouth. “It’s a big moment” says the consortium’s executive director. https://the7fingerstour.co.uk/ 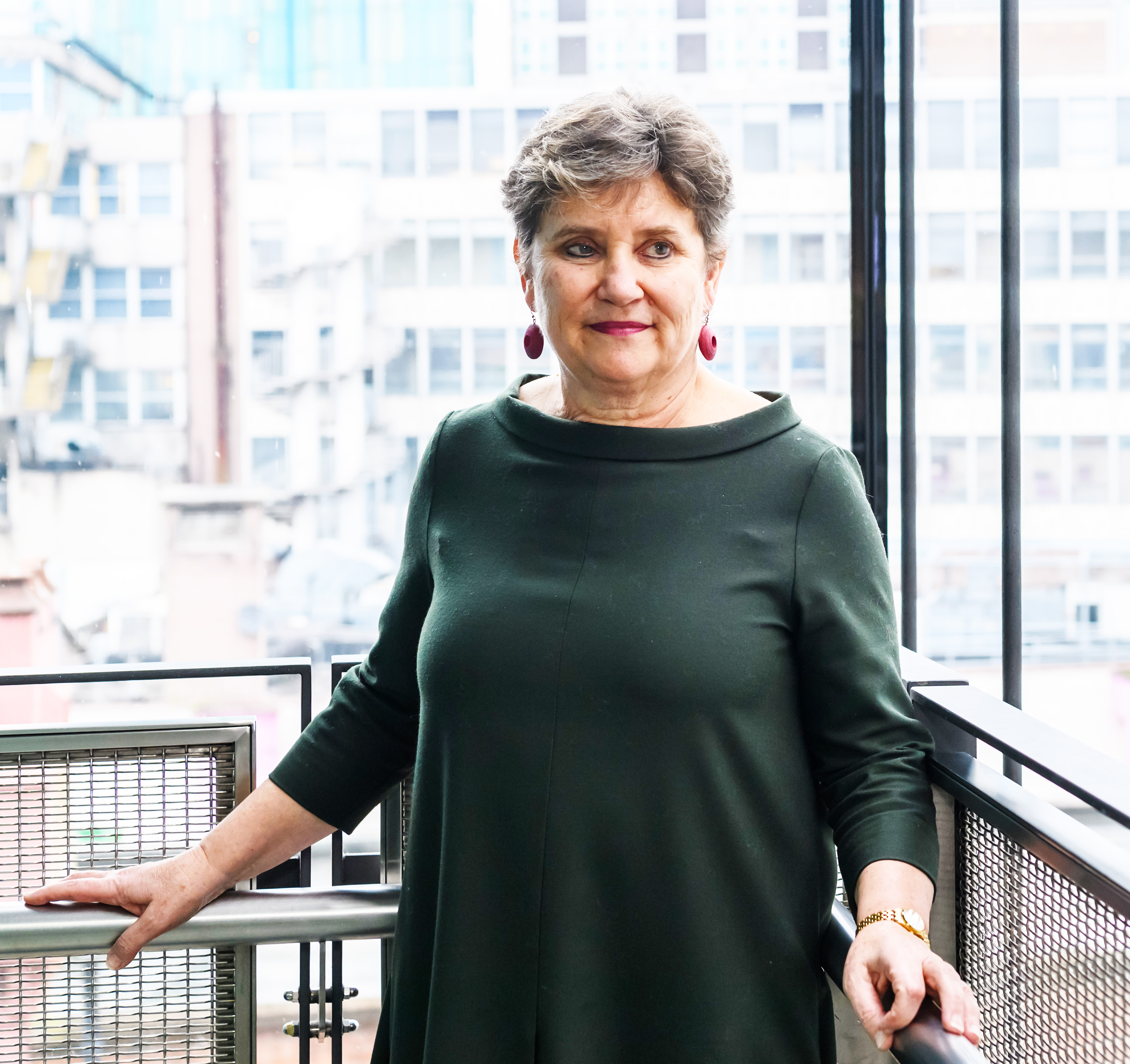 Born in Wirral, Merseyside, Ros Robins (above) had been inspired to become an actor by childhood visits to the Liverpool Everyman, but in her mid-20s turned to arts management at Bristol’s Hope Community Arts Centre before coming home to the job of her dreams, helping to run the Liverpool Everyman. Then she moved on to Birmingham Rep to lead an organisational change and capital refurbishment, and then joined the Arts Council in the West Midlands, eventually becoming regional director.

In the eighties, meanwhile, she had also been captivated by the innovative new dance companies that producer Thelma Holt was bringing to the Roundhouse in London, such is Pina Bausch and the Japanese Sankai Juku company. “It wasn’t just the amazing physicality of what I was seeing, but the spell-binding story-telling” she says. “I think that's what sparked it so I've always followed those international companies”.

And in 2012 she doubled up as chair of the regional Cultural Olympiad, “a fantastic experience, and the main thrust of our work was around dance and in particular participation in dance, not really part of the perception of modern dance then but so important since” she says. In 2014 she was back at the Everyman to guide its relaunch, and in 2016 she was appointed to lead Dance Consortium. https://danceconsortium.com/

Touring contemporary dance has always been a headache – it is expensive, especially with multi-performer companies, and during Robins’s Arts Council days she watched mid-scale venues struggling to meet their commitments to contemporary dance because of a dearth of sustained good quality work and the financial risk. As they got into a huddle, the individual consortium members knew that, much as each of them wanted to be able to offer contemporary dance, it would not be possible without a joint operation sharing costs and risk.

Founded in 2000 the consortium is a group of 18 large-scale venues, including the Wales Millennium Centre, Edinburgh’s Festival Theatre, the Lowry in Salford and Sadler’s Wells in London, that combined to bring contemporary dance to hitherto deprived audiences. It is a slimline member-run organisation that appoints its one employee, Robins, who answers to a board of nine, all professionals from different aspects of dance and theatre, elected by the members. In the last 21 years it has organised nearly 50 tours by 27 companies to audiences numbering more than 700,000.

But the larger auditoriums of the consortium were able to inject new inspiration by bringing companies such as Dance Theatre of Harlem, Danza Contemporanéa de Cuba, Nederlands Dans Theater, La La La Human Steps from Quebec and the Alvin Ailey American Dance Theatre.

Lockdown was disastrous for the venues and for touring contemporary dance, with Brexit being an added headache adding new restrictions and visa requirements. It has been a huge relief to have all 18 venues open at last, but there were moments when Robins couldn’t envisage their survival. “There’s no doubt in my mind that without the Culture Recovery Fund and furloughing they wouldn’t have been able to reopen”.

But the resourcefulness of the dance companies during lockdown and the growing possibilities of digital technology kept dance on a public platform, even with dancers themselves struggling to keep up their vital daily practice with online class instead of the usually essential time at the barre.

And as it is, despite needing to make up their disastrous losses as quickly as possible, the members have all managed to find programme space for contemporary dance among the better earning musicals and stand-up.

Having had to cancel Acosta Danza from Cuba in the spring of last year and facing the prospect of more, what brought Robins hope a year ago was Corey Baker’s company production via the BBC/Arts Council The Space, of a version of Swan Lake performed in 27 bath tubs under Covid-safe conditions by dancers from 18 different companies, a truly extraordinary interpretation under impossible conditions of perhaps the best loved dance in ballet history. "It was the innovative vision that made me see we weren't finished yet". https://www.youtube.com/watch?v=T8PLkd2VAnc

As it is, two of three tours that had to be called off have so far been rescheduled as, she hopes, quarantine restrictions are lifted later this month. An acknowledgement of climate change, too, means that touring has to be carefully modified to reduce carbon footprints to a minimum.

But what the last 18 months have also done is bring to the top of the agenda issues highlighted by movements like Black Lives Matter and We Shall Not Be Removed, the disability arts alliance, whose campaigns against exclusion in the performing arts have resounded loudly. The consortium has just launched a three-year programme with Alvin Ailey American Dance Theatre, the New York-based black company, after the success of a live-streamed masterclass just before Covid landed, in a concerted attempt to encourage young black British dancers to grasp their ambitions.

“Those two campaigns will change the way in which we work with artists and with audiences, how our boards are structured” Robins says. “So it is a different world that we’re moving into. They shouldn't have needed to happen and the fact that they did means that the need to act must be part of our lives. I think that's one thing that will continue to be part of our lives, that consciousness and that desire to change things. We all have a responsibility to change things.”