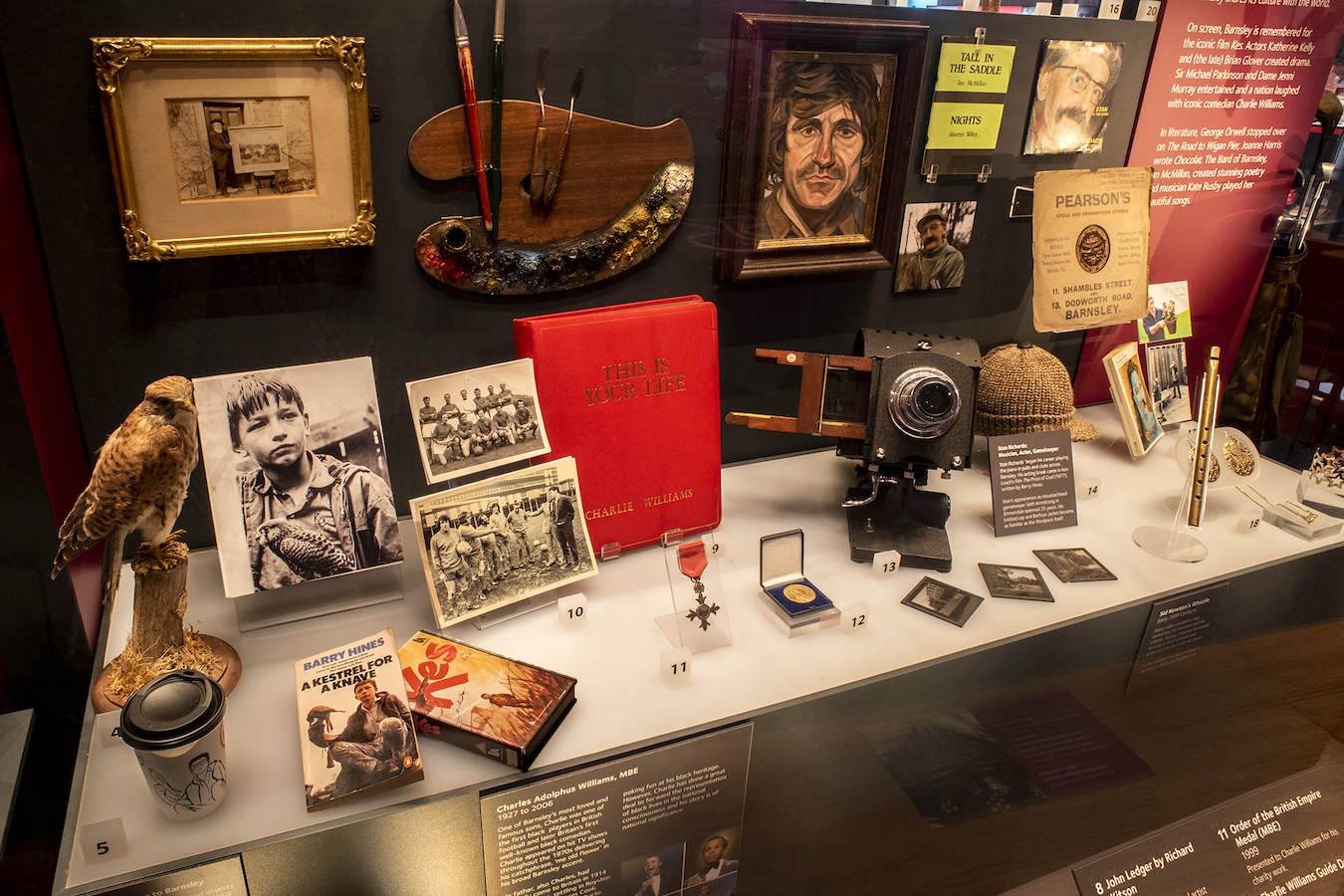 All eyes are on the cultural changes taking place in the South Yorkshire town. Patrick Kelly takes a look

Oh, how they smirked when the late architectural guru Will Alsop wanted to re-imagine Barnsley as a Tuscan hill town.

Back in the 90s the critics sneered at the notion that this battered mining town could consider itself in the same exalted company as the heritage-soaked wonders of Lucca or Siena.

Well, folk from the borough are having the last laugh, as Barnsley experiences a full-throttle cultural renaissance which is garnering media attention as far away as Japan and Australia.

The town’s suite of museums has garnered a slew of accolades and awards over the past few years. The latest is the shortlisting of Experience Barnsley for the Art Fund’s Museum of the Year award and by all accounts, missed winning the first prize by a hair’s breadth.

Arts Council England has chosen Barnsley as one of 15 priority places in the North where they want to develop new opportunities for investment – that’s on top of the nearly £2m it’s been awarded from the Culture Recovery Fund.

Three dedicated cultural spaces have just opened within the town’s shopping mall. Each will provide a different cultural experience, including traditional artefacts, digital experiences, virtual reality headsets and 3D printers, and a gallery to showcase new exhibitions of paintings, sculptures and even Lego displays. 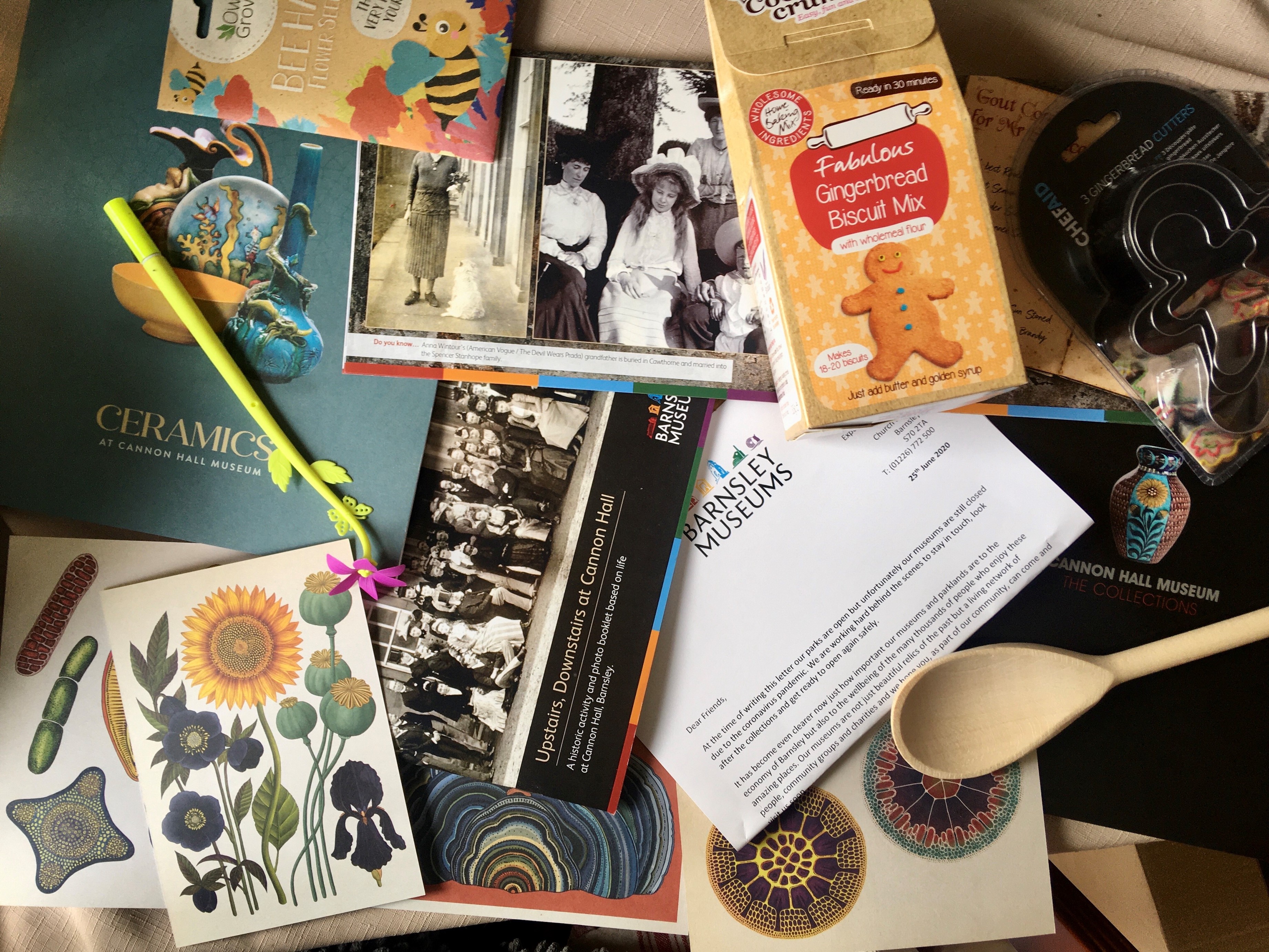 And the town centre is also the site of England’s first Covid memorial – a sculpture crafted by local artist Graham Ibbeson, who is also behind the town’s memorials to famous cricket umpire Dickie Bird and local teacher and author Barry Hines, the creator of Kes.

“My friends in London are asking me why Barnsley is always on the TV and in the newspapers” says Steven Skelley, community heritage curator for Barnsley Museums, not without a touch of local pride.

Skelley and his team are, perhaps more than anyone, responsible for that Art Fund nomination for Museum of the Year. During the pandemic the museum offered digital games, tours and concerts; distributed 15,000 care packs to the most vulnerable in the borough and delivered workbooks to every Barnsley child on free school meals. Mobile phone data, second-hand bikes and refurbished laptops were all dispatched to people who needed them.

A daily digital jigsaw, based on paintings from Barnsley’s Cooper Art Gallery, proved to be a viral hit with fans taking part from all over the globe. From metropolitan Tokyo to rural Canada, the team were taking messages from fans eager to compile the next puzzle.

The museum’s expertise in community work – it’s been running mother and toddler sessions, dementia groups and has worked extensively with refugees - was invaluable during the early stages of the pandemic. “When the lockdown happened, our choice was to shut up shop and go on furlough or see what we could do for our communities” says Skelley. “So that’s what we did – we had the contacts, got people and the phone and got stuck in”.

But such a reaction is only to be expected from what could be described as the UK’s first crowdfunded museum. When Experience Barnsley was set up in 2013 inside the town’s iconic hilltop town hall it didn’t lack for money – much of the £4.4m cost came from National Lottery and EU funds - but it was missing one vital ingredient: objects to put on show.

However, a call to the good people of Barnsley unleashed a flood of contributions. More than 15,000 people took part in events and roadshows and donated everything from Victorian flat irons to old Nintendo games. When the Barnsley Experience opened, there was a genuine sense of it having been created by the people of Barnsley.

“That feeling of ownership is what makes it special” says Skelley. To this day, he still gets offered multiple bits and pieces from his regular visits to families and organisations throughout the borough. “An object in a glass case without a person behind it is essentially meaningless”.

So, every artefact in Experience Barnsley has the story of a family attached to it. So that sedan chair, donated by Paul Elmhirst, local solicitor and also current chair of the town’s Cooper Gallery, speaks of a connection with a local farming family going back centuries. Those tennis balls were made by Slazenger whose factories employed thousands of Barnsley people for over a century. That mess tin belonged to Ernie Chapman, quiet man, local miner, regular soldier and a war hero in Greece, where he fought with the partisans against the German occupation.

Skelley suggests that getting the Arts Council’s NPO status for Barnsley’s museums has really helped the team make progress. “It allows us to take more risks. If I have an idea like ‘Why don’t we have some musicians in here’, I don’t have to spend two months convincing various people. I can go ahead and do it”. he says.

Of course, Experience Barnsley is just one of many success stories in the cultural sphere, as the borough seeks to shake off decades of post-industrial decline. Investment in culture has been part of Barnsley’s DNA since the Alsop days. The Civic, Barnsley’s arts centre, has been remodelled and revived; Elsecar industrial village and Eldon Street, a former Victorian high street, have been funded as Heritage Action Zones; and Worsbrough Mill, a 17th century working water mill. now boasts a new shop, visitor space and micro bakery, thanks to a grant from the Culture Recovery Fund.

The rewards have emerged in the record-breaking numbers attending museums. In 2019, the last year before the pandemic struck, 1.2m visitors had passed through the doors of its five sites, and the council has consistently recognised contribution of culture to economic growth.

Those cultural spaces in Barnsley shopping centre point the way to the future. Tim Cheetham, Barnsley Council's cabinet member for regeneration and culture, said: "The retail sector can no longer exist in a vacuum. It is more important than ever that our town centre, and high streets up and down the country, provide an enriching and varied offer to the public.” 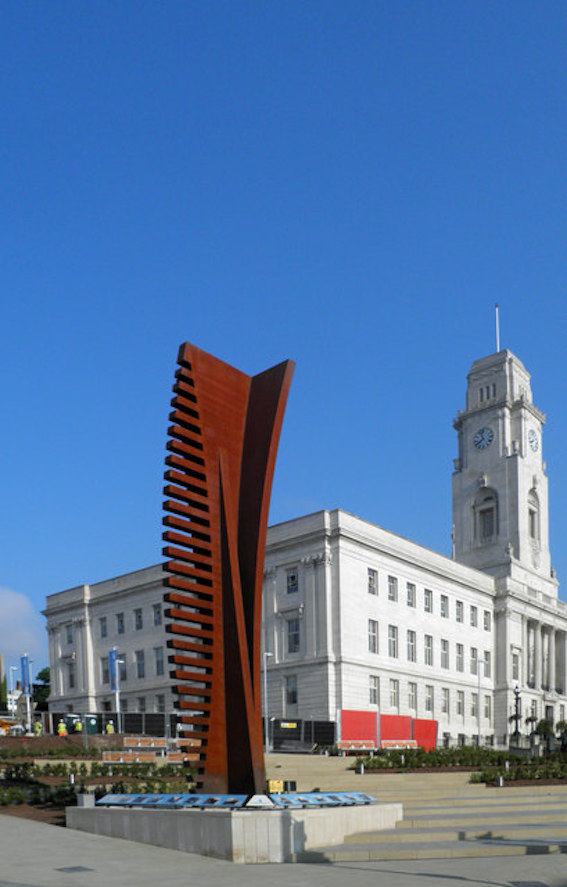 Stand opposite the entrance to Experience Barnsley, with the magnificent town hall behind you, and you can see across the town square, peppered by fountains to Nigel Hall’s 33-foot-high Crossing sculpture (above). In the distance are the hills that surround the Dearne Valley and Alsop’s vision doesn’t seem too far off the mark. There’s a long way to go yet, but Renaissance Barnsley wouldn’t be a bad legacy.