ROSA is the brainchild of a small group of journalistic and publishing professionals, friends and art lovers, based in Lewes, the county town of Sussex.

ROSA - Review of Sussex Arts - is a glossy, perfect bound, 100-plus page quarterly magazine devoted to culture, the kind of publication that many thought was a thing of the past, covering the arts in the county of Sussex, defying political exigencies that divided it into East and West administrations.

“It’s a much wider market than you realise” says its editor, Alex Leith. “If you think of the combined West and East Sussex there’s a population of around a million-and-a-half. There are many many arts lovers in quite a sophisticated county, with a proximity to London, which makes a choice readership.”

His cultural spectrum stretches from Chichester in the west to Hastings in the east with the city of Brighton and Hove at its fulcrum, and arts institutions of national standing throughout. It’s a region he and his team know intimately.

The team comprises art director Rowena Easton, his wife, an artist and writer who has created the magazine’s look; technical director David Burke, a software programmer who is developing ROSA’s digital and online platforms; and Jessica Wood, the publisher and PR consultant who first discussed the idea with Leith in a Lewes pub back in 2007.

Arts journalism had not been Alex Leith’s vocation. Sussex born and raised, on leaving Warwick University he became a teacher of English as a second language to satisfy his yearning to travel, living in Italy (the Veneto region) and then Spain (Barcelona).

Through the 90s and into the Noughties he had a successful London-based freelance career writing on European affairs for titles such as The Independent and The Guardian. A football lover all his life - “particularly the culture around football, maybe the singing, the antics of the crowd, that sort of thing really appealed to me” - he turned to sports journalism, writing several books including one about terrace argot called Over the Moon, Brian. For a time he edited Chelsea’s official magazine and, a fluent Italian speaker by now, helped out as manager Claudio Ranieri’s interpreter. 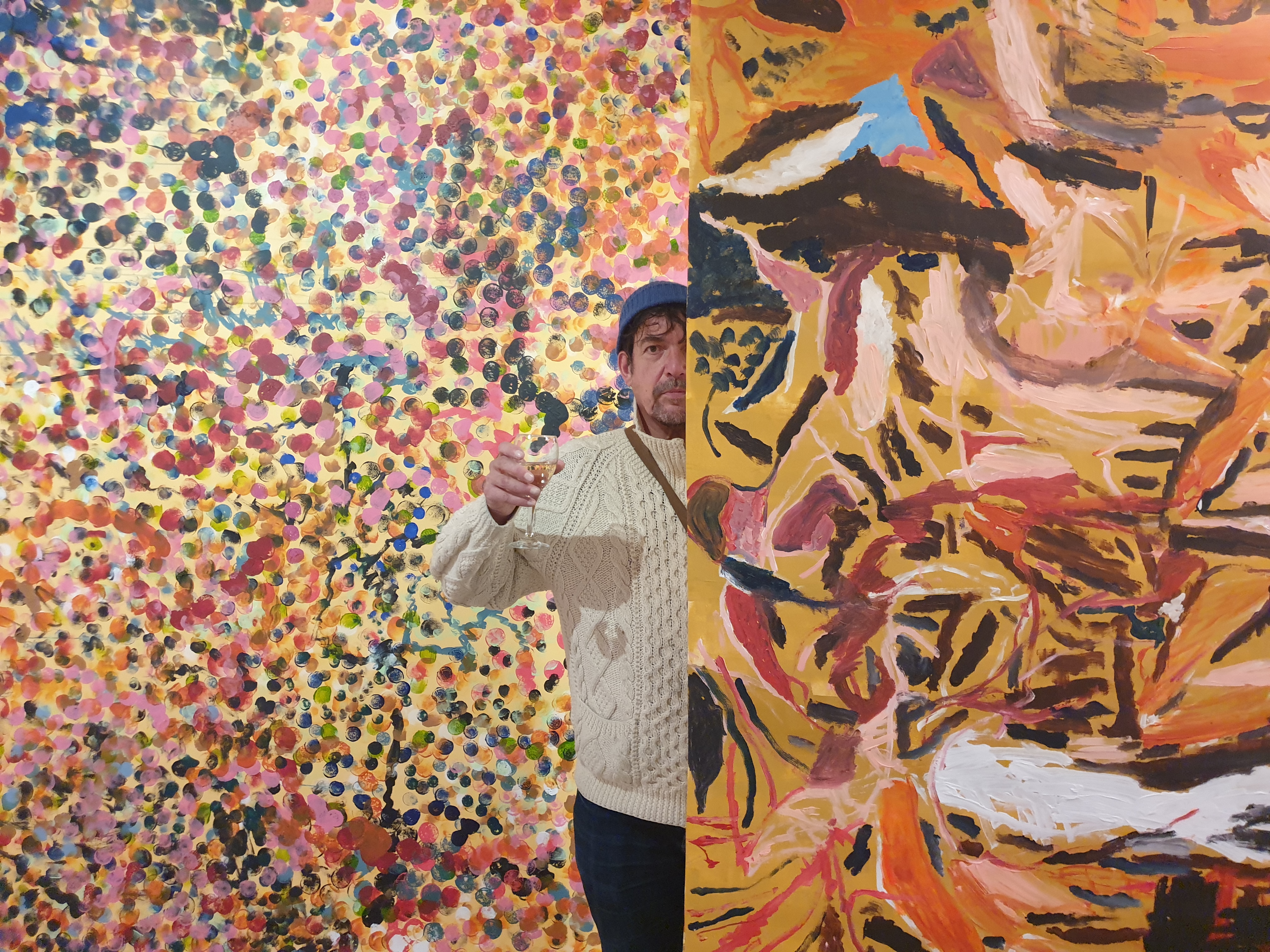 Then he went back to Barcelona to be a travel writer, filing for the London papers, and wrote El Becks: A Season in the Sun, about David Beckham’s eventful four years playing for Real Madrid.

In 2004 he returned to Lewes, the childhood hometown he had thought untrammelled by art when he left at 18, and with the knowledge he had accrued on his European travels found an unsuspected cultural hub. Like many long-term visitors to Italy, he had discovered art in the galleries, concert halls, theatres and museums, particularly in Venice. “I didn't have a particular taste for high end culture, as opposed to football culture, but in Italy my eyes were opened by the wonderful exhibitions at places like the Guggenheim”.

He was a fan of the artist and photographer Lee Miller, and in Lewes was surprised to find an exhibition of her work, and even more amazed to know that she had lived nearby at Farley House. There was more to this place than he knew.

He sensed there had been an influx of younger people moving from London to where they could afford to buy houses, “and they brought with them a kind of sophistication and a thirst for sophisticated events”.  He decided to test the local market with a dedicated listings magazine, and in 2004 founded Viva Lewes followed in a few years by Viva Brighton, serving a different cultural mix but one no less eager. The Vivas were a success, tapping into a market its editorial operation became intimate with, lasting until 2020 when Covid-19 closed many niche publishing concerns.

ROSA is a return to the idea of a county-wide cultural scan discussed first 15 years ago and put on the back-burner while other enterprises took the partners’ attentions. “With the Viva magazines behind us, the time seemed right to take a punt” Leith says. “It’s a risk but a calculated one”, and the publication is almost entirely funded by advertising (helped by a £9 cover price).

Sussex has a chain of temples to the arts that the architect Richard Rogers once called The String of Pearls, and this first edition scopes them from Pallant House in Chichester, and the new exhibition devoted to the career of Glyn Philpot; to Hastings Contemporary and its survey of seafaring in painting; Charleston, the Bloomsbury hideaway that has Langlands and Bell on show; Eastbourne and its Towner Gallery; there is an exhibition across the  county line at The Arc in Winchester about Sussex’s Eric Ravilious (where ROSA uncovers an intriguing sleight of hand); Newlands House at Petworth, with an Auerbach exhibition recently opened; and Brighton’s Royal Pavilion. 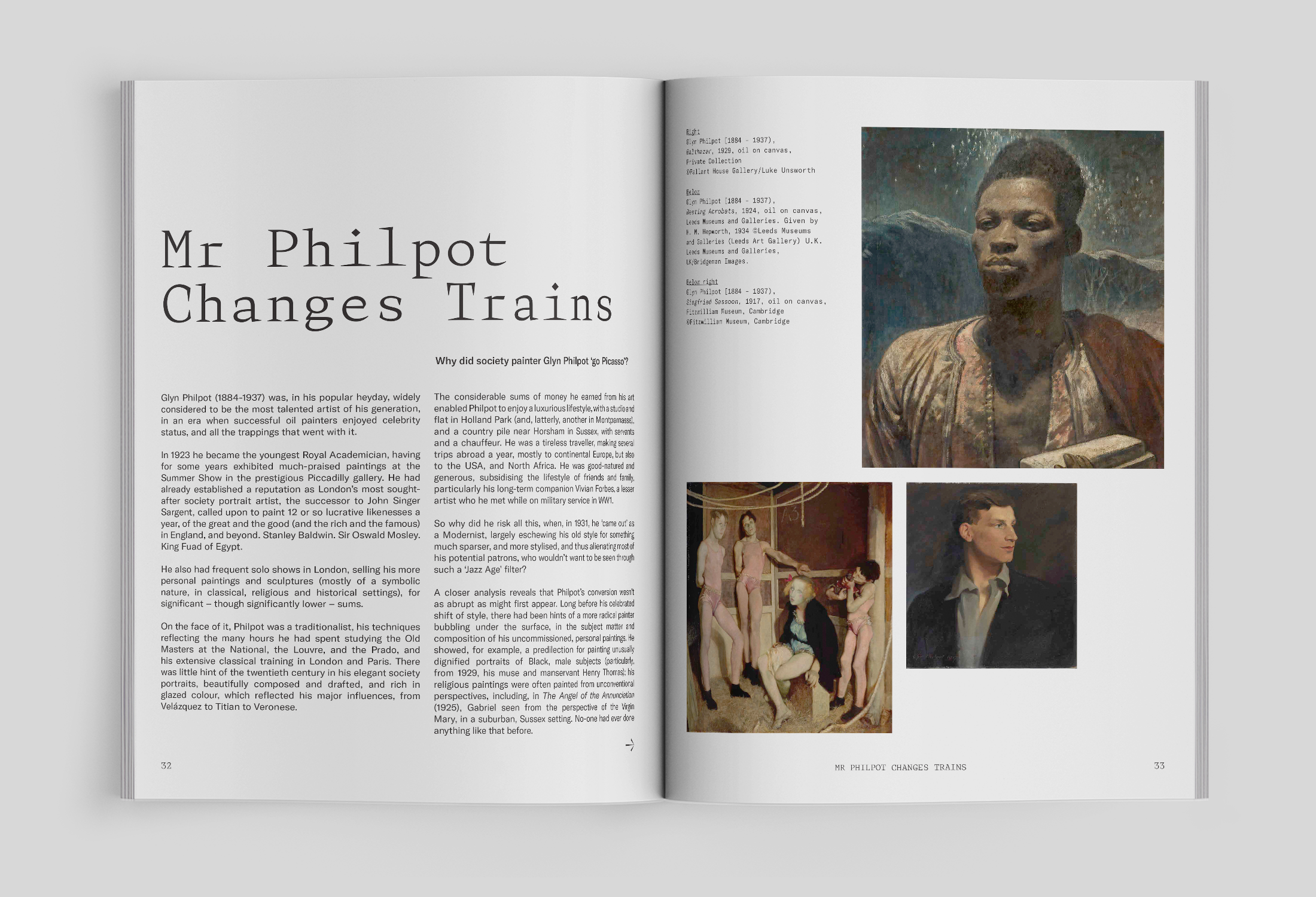 Although the first issue has a visual arts accent, its spectrum through future numbers will take in performance art, architecture, music, dance “and any other cultural activity we consider to be worthy of attention and analysis” - not forgetting nearby Glyndebourne Opera. Its language is un-arty-farty - art doesn’t patronise, reasons Leith, so why should ROSA? And with its round-up of what’s on or coming up, and there is local advice, such as not to forget to buy some fresh fish from the stalls beside Hastings Contemporary.

ROSA is an expression of love for its place, its people and its culture which, say its begetters, may subtly change if and when appropriate, lifting the lid on calendar events and revealing unexpected stories behind familiar facades. Its writers are a mixture of established arts writers, artists and young critics at the start of their careers, and while its physical appearance in shops from Brighton to Crawley, Bognor to Rye, will happen four times a year, ROSA has a modern constant presence via Twitter (@theROSAmag), Instagram (@therosamag) and its own website, rosamagazine.co.uk.

“It just seemed the right time to do it, coming out of the pandemic” Alex Leith says. “We were all itching to do something new and exciting. And this is it.”